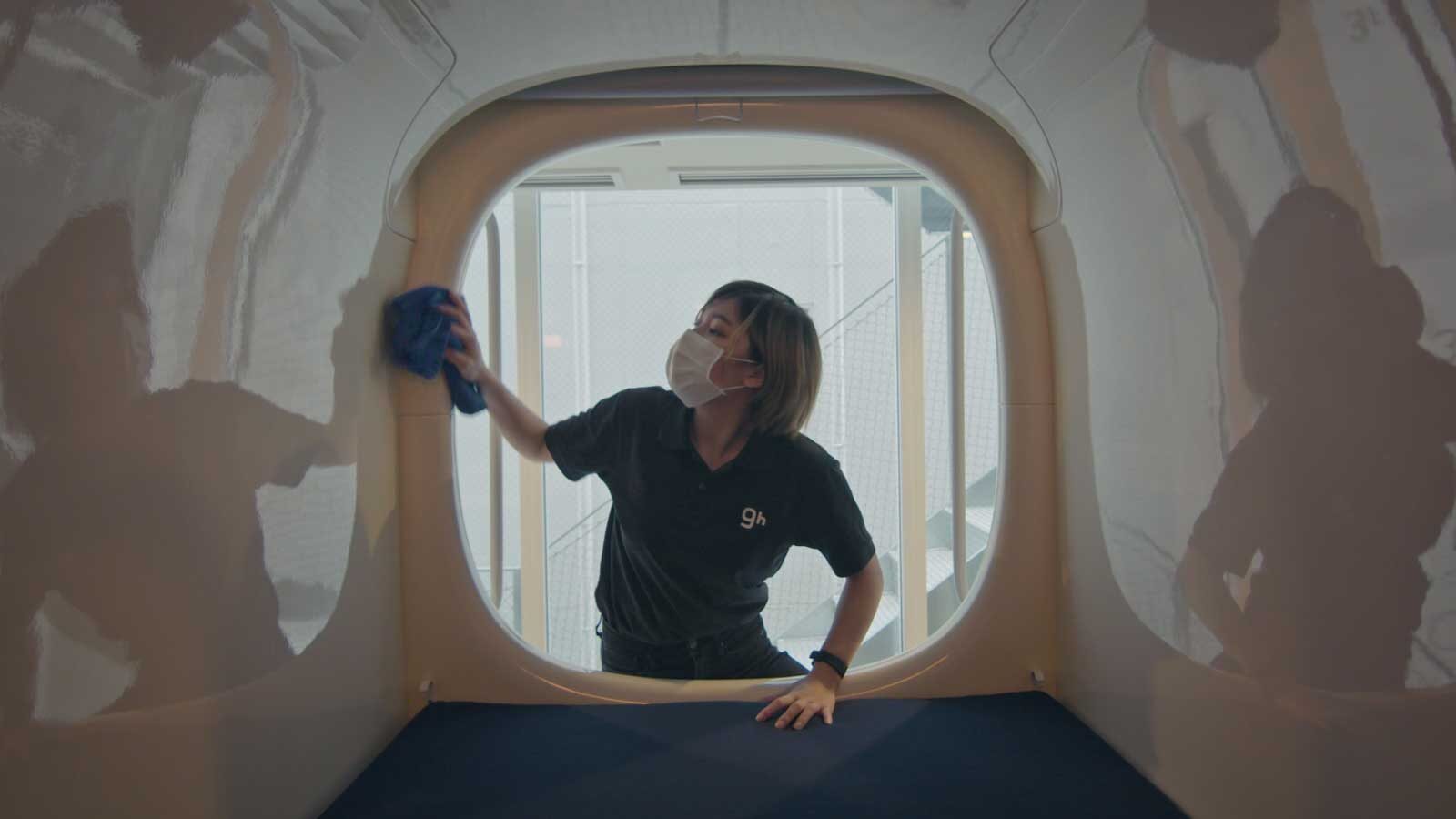 When We Live Alone Offers Glimpses of Single-Living in Japan

With their latest documentary short, the CCA turns draws attention to single-person households.

Addressing the rise of single-person households, the Canadian Centre for Architecture’s new documentary-short When We Live Alone offers viewers a new image of urban living. Following individuals in Japan through a series of interconnected vignettes, the film, conceived by Giovanna Borasi and directed by Daniel Schwartz, delves into an increasingly common alternative to the nuclear, 2-parent-and-1.5-child household.

The second film in the CCA’s three-part series investigating the ways that the normative idea of home is in flux due to socio-cultural changes, economic pressures and demographic shifts, When We Live Alone is a meditation on how Tokyo’s architecture and urban fabric are designed to cater to those who live alone at different life stages, for a variety of reasons and with distinct lifestyles. The film reveals the diversity inherent in this subset of people and paints living alone as a considered choice that deserves equally thoughtful architectural attention.

Japan is an especially poignant site in which to investigate this phenomenon. Though culturally there has traditionally been — and continues to be — a strong focus on family living, the country is known for architectural types that are suited to single users: individual ramen stalls, capsule hotels and solo karaoke rooms, among others. These architectures not only acknowledge the rise in people living alone but recognize the ways that they use, occupy and engage with urban spaces.

Sociologist Yoshikazu Nango, who is featured throughout the documentary, explains that this uptick in single-person households is likely linked to increasing individualization, “We’ve come from an era of standardized and industrialized production to a new era that is defined by the distribution of diverse spaces adapted to many needs and desires.” This diagnosis extends beyond Tokyo and Japan to encompass the situation across the world’s advanced economies.

One of the key case studies in When We Live Alone is the Apartment House designed by Japanese architect Takahashi Ippei, which architecturally expresses the accelerated individualism that is a core theme of the film. Described as an entirely new type of residential architecture, the project is designed specifically for those living alone and sees the home as only one small part of the network of locales that make up the contemporary extended domestic realm.

Rather than condensing all the typical functions of a single-family home into a one-bedroom apartment or studio as we are used to seeing, Ippei instead designed each of the building’s apartments around a single full-scale amenity — one that often takes up the unit’s entire footprint.

There’s an apartment for cooking with an elaborate kitchen, one dedicated to working from home and even one for bathing that has a luxurious, sun-soaked bathtub. Ippei assumes that inhabitants will use spaces throughout Tokyo to fulfill their other domestic needs — whether by eating out, working exclusively in offices or co-working spaces or bathing in public bathhouses.

When We Live Alone brings together the Apartment House along with other architectural projects that centre around the single-person household. In doing so, it highlights ways that the architectural discipline might shed its biases about how we have lived and should live and, instead, create spaces for how we actually live today.

When We Live Alone is available to stream on the CCA’s website.

With their latest documentary short, the CCA turns draws attention to single-person households.