AAU Anastas’ While We Wait Builds and Breaks Down Walls
While We Wait is a tower of interlocking bricks is built from stones gathered from both sides of the West Bank. 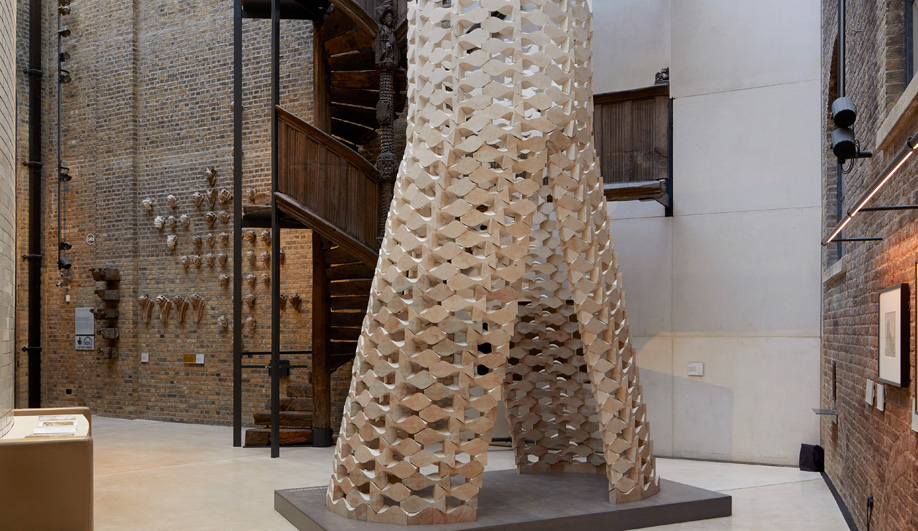 The history of the Cremisan Valley is written in stone. On the Palestinian side of the West Bank frontier, Roman retaining walls prop up fertile gardens, villas and a 19th-century monastery ruin. Across the valley in Israel and throughout Palestine, stone takes on tones ranging from pale sand to earthy red.

Lately, though, its role in construction has been lost to concrete. Architects Elias and Yousef Anastas of Bethlehem-based AAU Anastas are working to change that by bringing the ancient material back into conversations around building. Through their rigorous research into stereotomy (the process of cutting stone into complex building blocks), they’ve mastered the design of self-sufficient stone structures that combine computational and robotic fabrication with hand-finishing. 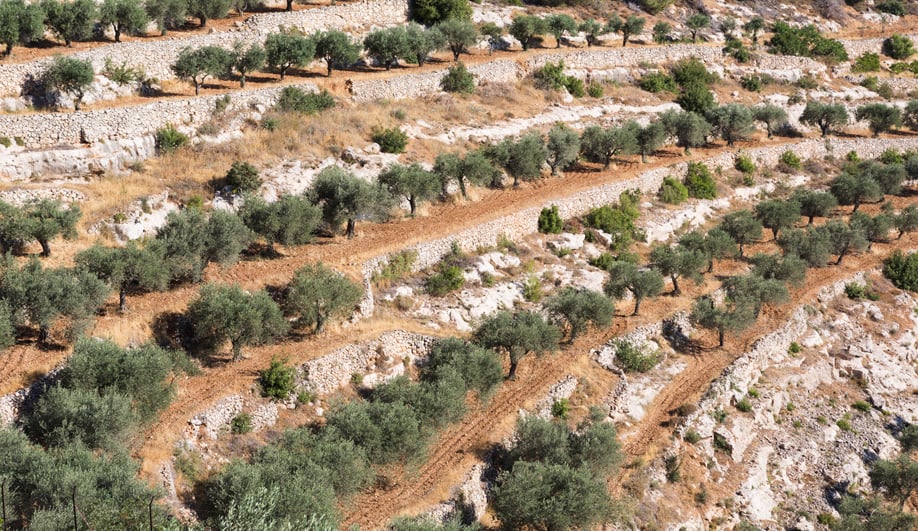 While We Wait is the symbolic culmination of that history and research. Installed at the Victoria and Albert Museum during London Design Festival in September, the pavilion incorporates 592 stone elements that interlock without joinery. The stone was harvested from both sides of the feudal region, then shaped by robots and refined by hand into sinuous curves that lock firmly into place. 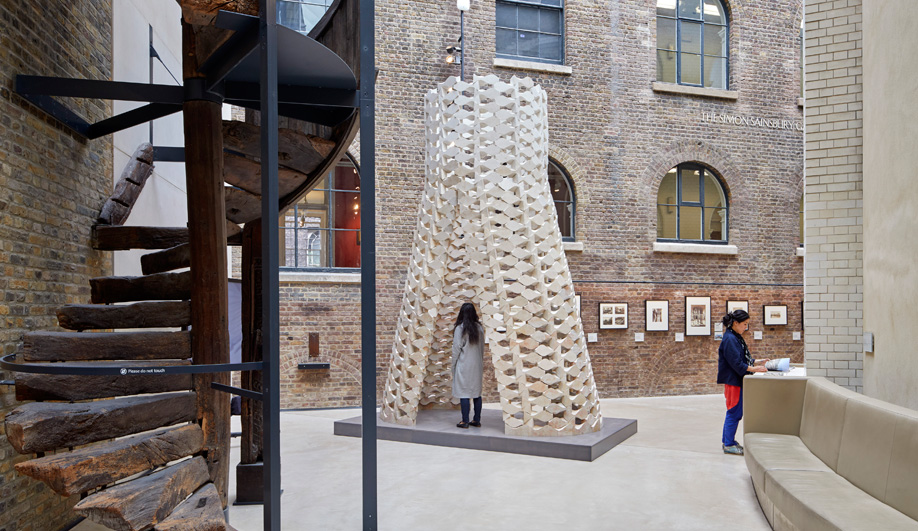 The wishbone-shaped tower is made from 592 interlocking bricks designed and fabricated by AAU Anastas.

“The structure reflects the organic forms of the ancient retaining walls,” says Elias. “It’s self-supported but very light, sort of a stone dentelle.” Viewers who came across the wishbone-shaped form at the museum were compelled to get close and walk inside its conical centre, which was left open to the sky. “The most exciting part of the project,” says Yousef, “is the relation of architecture with nature.” Now installed in Bethlehem, the pavilion is intended to encourage people to meditate on – and protest – walls that divide families, properties and histories. 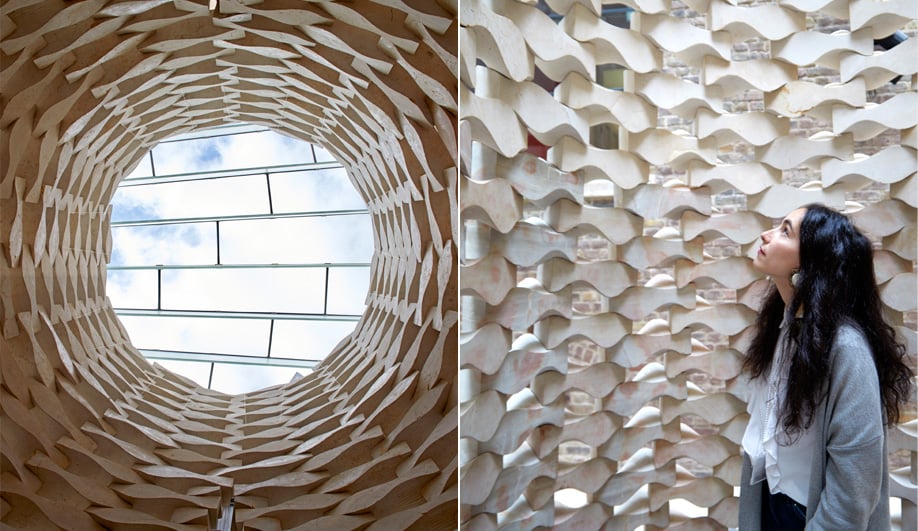 While We Wait, installed at the Victoria and Albert Museum, uses stones gathered from one of the most politically fraught regions of the world.