Winner announced in AIDS Memorial Park competition
Brooklyn architecture firm Studio a+i has nabbed the top prize in a competition that called for proposals for a public park and memorial on a wedge of land in New York City's West Village. 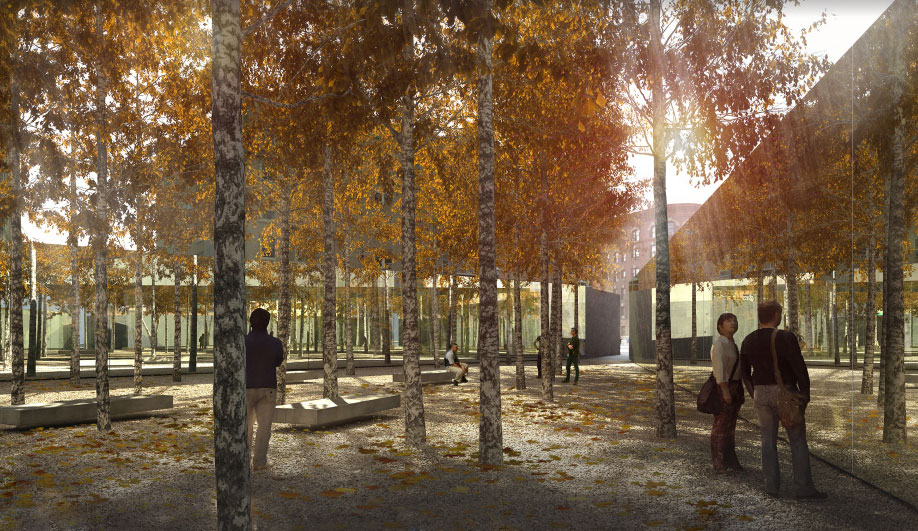 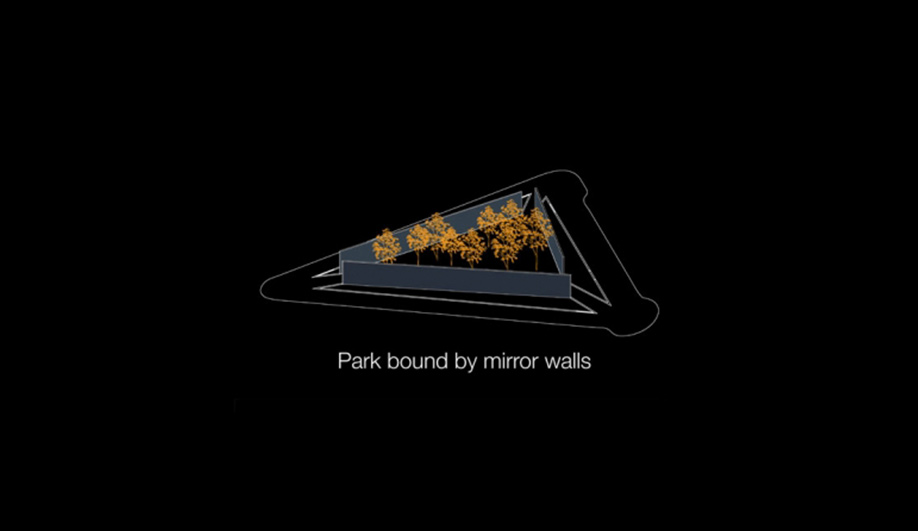 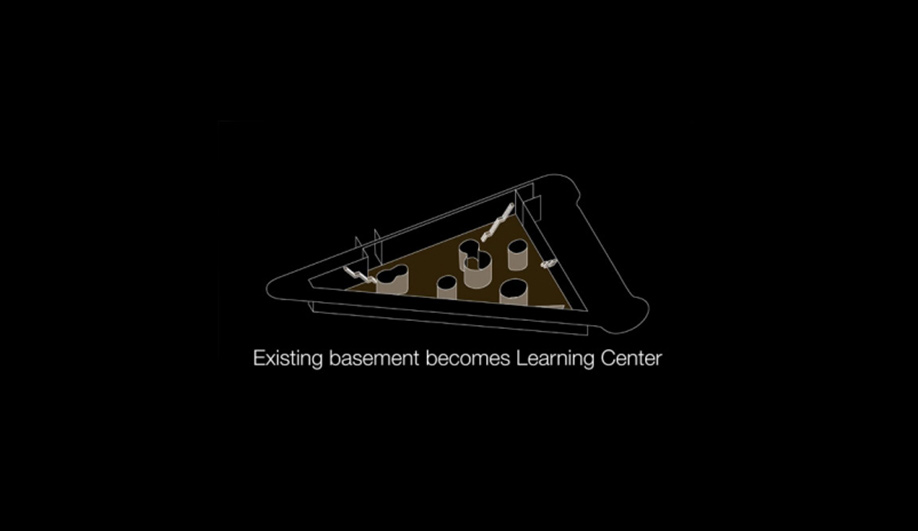 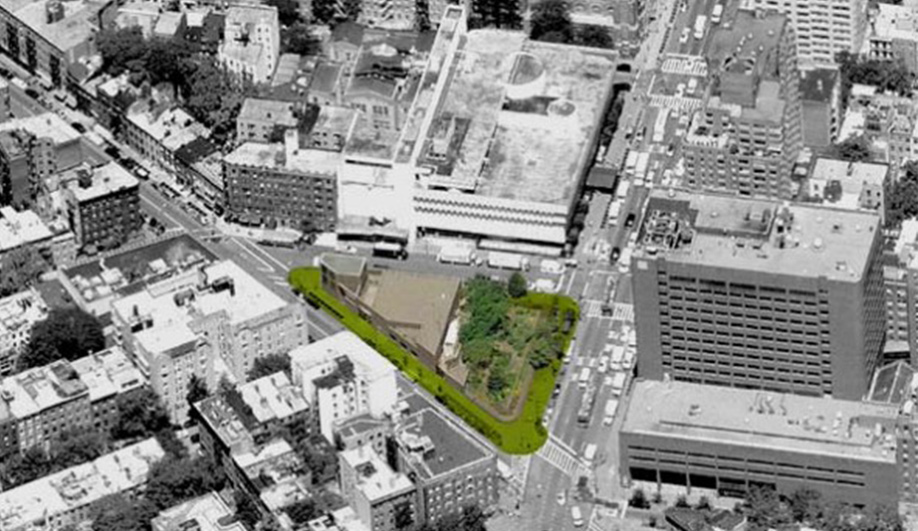 Designed by the firm’s Matteo Paiva, Lily Lim, John Thurtle, Insook Kim and Esteban Erlich (four of the five all previously worked at Rafael Viñoly Architects), the concept was chosen from 475 international submissions.

Called Infinite Forest, it is devoid of statues, sculptures or plaques. Instead, the architects have proposed three separate, 3.6-metre-tall facing mirror walls that frame – and reflect – 20 white birch trees and delineate the triangular block from the surrounding neighbourhood. For the wall’s street-facing sides, the design proposes a chalkboard finish that welcomes impromtu chalk-written messages from visitors and passersby.

The site was initially occupied by St. Vincent’s Hospital, a facility that once housed the globe’s most advanced HIV treatment programs. It was shuttered shortly after the financial meltdown (luxury residences are now planned for a portion of the site) yet Studio a+i is making use of what remains of the building. Below the park, the firm has proposed a wedge-shaped, learning centre, equipped to host exhibitions and performances and accessed by stairs and ramps and lit via skylights.

“The image is just so captivating. It succeeds as an urban space that is both a neighbourhood park and a memorial. I didn’t see it as an either/or. With Infinite Forest I could see the beauty of a space where different activities can take place side by side and enrich each other: you can come here for a memorial service or come here every day with your newspaper or come with your kids and let them play,” Michael Arad, jury chair – and designer of the National September 11 Memorial – told The New York Times.

See the three runners-up at Architizer.com.

SHARE
Twitter, Facebook, LinkedIn, Pinterest, Email
TAGS
Competition, Industry News, Landscape,
AZURE is an independent magazine working to bring you the best in design, architecture and interiors. We rely on advertising revenue to support the creative content on our site. Please consider whitelisting our site in your settings, or pausing your adblocker while stopping by.