Ying Gao’s Interactive Fashion Doubles as Cultural Critique
Ying Gao believes fashion should innovate, and her ethos is apparent in her work, which she calls "speculative design." 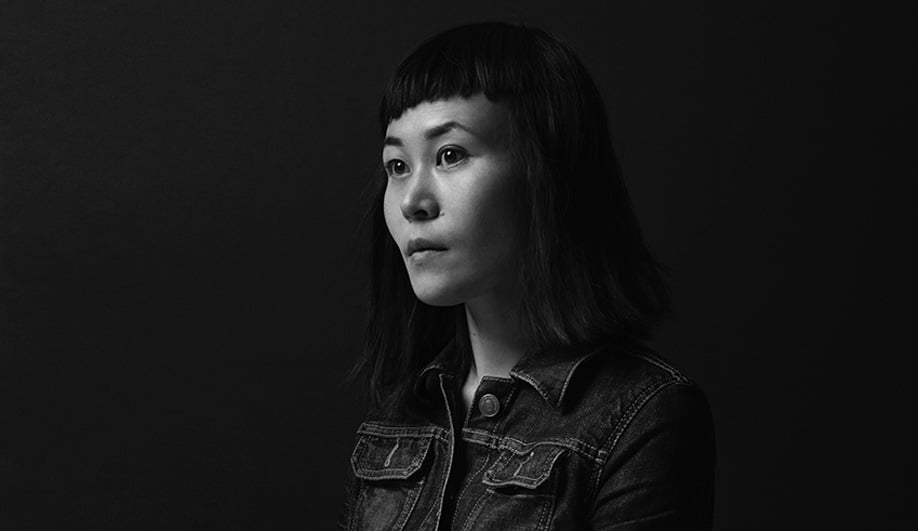 Ying Gao believes fashion should innovate, and her ethos is apparent in her work, which she calls “speculative design.”

From garments that are impossible to photograph to dresses that move to sound, Ying Gao’s sensorial clothing embeds fascinating critiques on our technological dependencies. We discuss the ephemeral nature of fashion and technology with the designer.

Your work can’t be defined simply as fashion. How would you describe it?
Speculative design, or design fiction.

Can you elaborate?
For instance, I’m currently working on a project called Possible Tomorrows, which is interactive clothing embedded with fingerprint recognition technology that acknowledges only strangers. There are two robotized garments that are connected to a fingerprint recognition system that becomes animated in the presence of strangers, whose fingerprints aren’t identifiable by the scanner. The purpose is not security but rather anti-security: security has become a political technology that too often prevents us from connecting with one another. That’s why these garments open to people they don’t know. 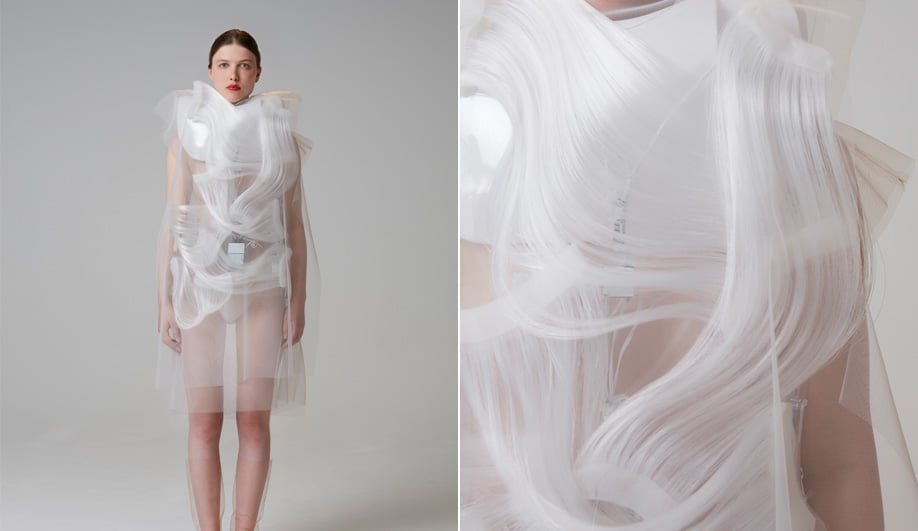 How did you find yourself working in such a scientific realm?
I really believe that for fashion to be meaningful it needs to be deeply experimental. When I was a child, my mother took me to the first exhibition of Yves Saint Laurent at the Palais des Beaux-Arts in Beijing. To be truthful, his work didn’t strike me for its elegance of style, or the richness of the fabrics; or even the intense colours, which actually hurt my eyes. His work communicated to me in a much more essential way that’s influenced me for years: the concept of the foreign, the dissimilar, and the different. The only thing I really saw was a certain difference in culture and in world vision. I felt very blue and grey that day, and I remember telling myself that no matter what it took, I would accomplish something different when I grew up. 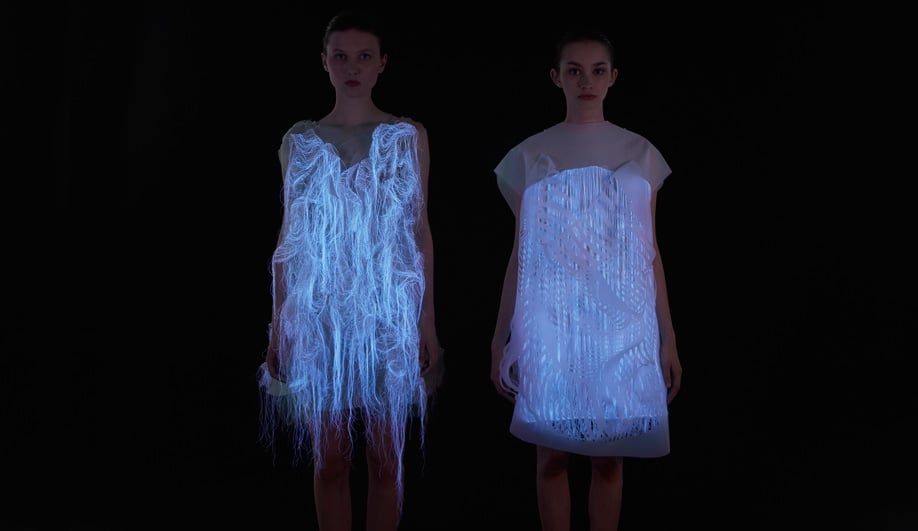 The (No)where (Now)here series is made of photoluminescent thread and embedded eye-tracking technology. The dress is activated by a spectator’s gaze.

Has designing interactive clothing changed your perception of fashion?
I often say fashion is a sort of “encounter with time.” The future belongs to those who use the technologies of their time. But both technology and fashion embody the most fragile and ephemeral aspects of our culture, insofar as that what is cutting-edge today will be old tomorrow. Fashion designers have known for a long time that they are working with a fleeting material that will never be timeless. The integration of electronic technology seems to modify that creative process.

So fashion has its limits?
All too often I have heard that fashion designing is pointless. I used to wonder a lot about my role because I wanted to do what a designer is supposed to do, which is to innovate. The world evolves only when we innovate, otherwise we are just running in circles. 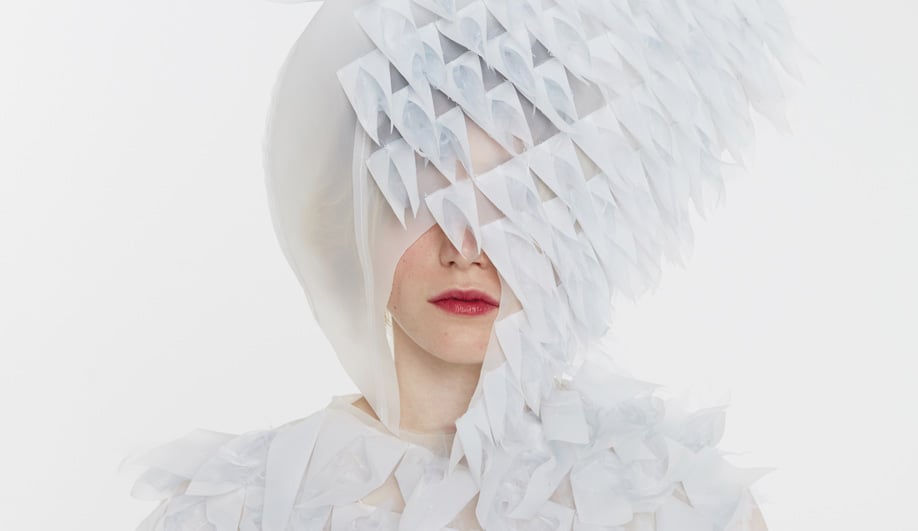 A hooded dress reacts via a facial recognition system and stops moving as soon as the onlooker begins to express themselves. Gao says it’s a garment that “demands a level of humility, which is clearly out of sync with today’s over-the-top expressiveness.”