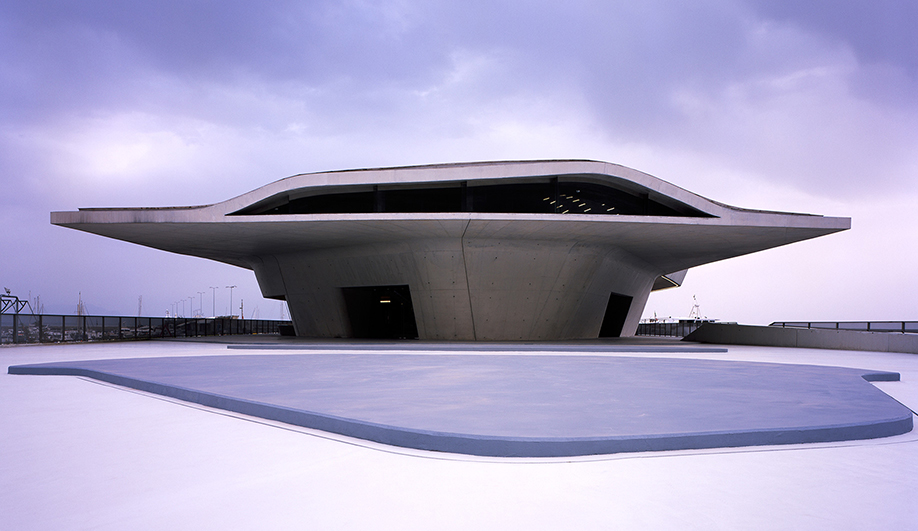 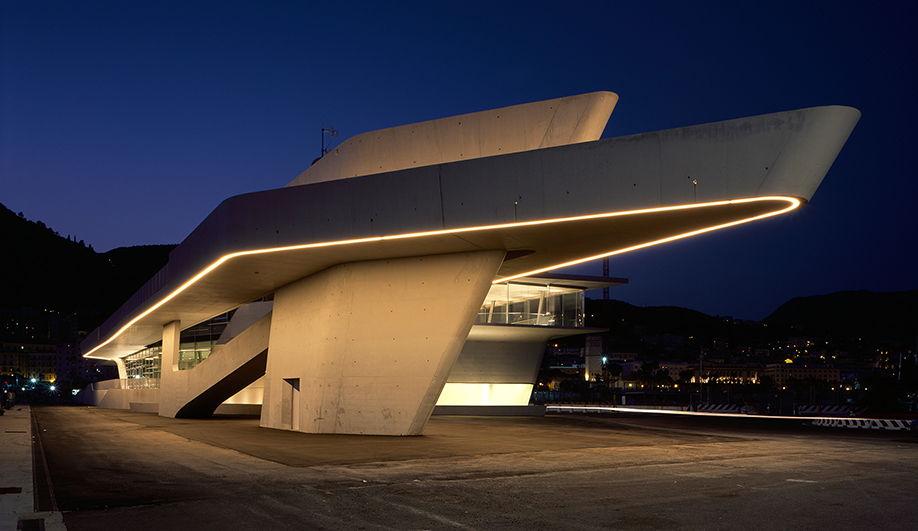 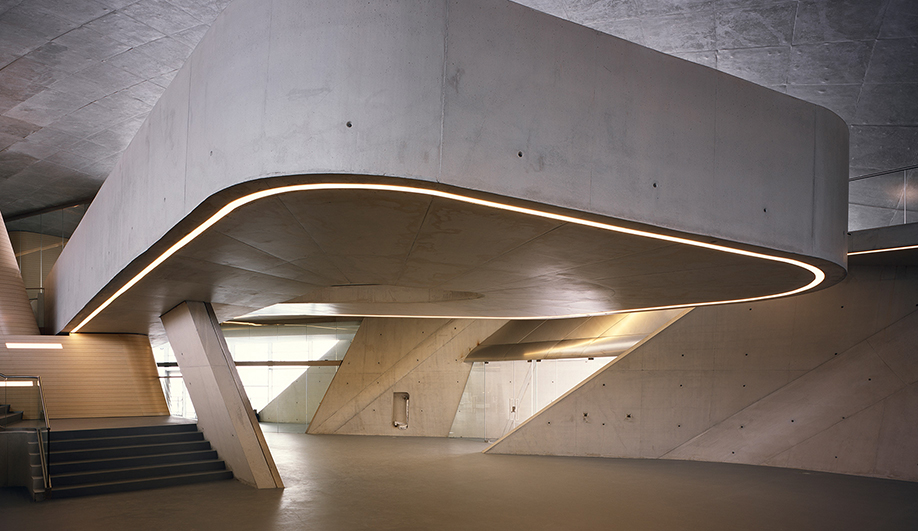 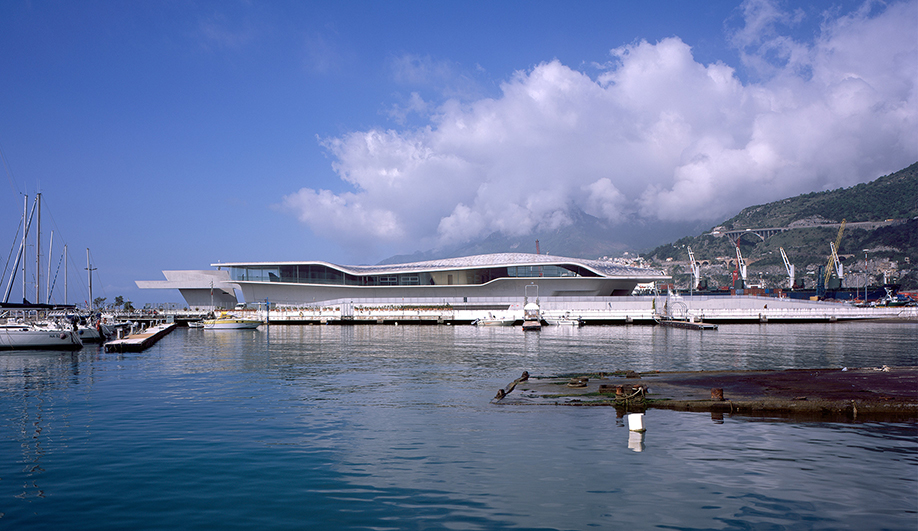 Zaha Hadid’s first posthumous building, the Salerno Maritime Terminal, was also one of her first commissions.

When Zaha Hadid‘s Maritime Terminal opened in Salerno, a port town in southwestern Italy, it seemed to come out of the blue. ZHA won the competition in 2000, then the site sat for years with seemingly no pro­gress. “After winning the bid, the first contractor proved incapable of carrying out the construction,” explains project architect Paola Cattarin. “The town council had to go through a long procedure to replace them.”

Funding was delayed as the gears of Italian bureaucracy turned slowly. Thus the terminal’s completion this past April was as unexpected as the iconic architect’s untimely passing just weeks earlier. Suddenly, though, the shell of the oyster (as the firm describes it) came to life at the end of a promenade that juts into the Tyrrhenian Sea.

From this waterside location, the sinuous concrete walls spread outward to form an asymmetric ceramic-tiled canopy, which gently lifts along the roofline to reveal glazed openings, and offers shade at the end of the long gangway that leads into the building. The facade’s undulating horizontal lines slope subtly upward as they project toward the water, rising to the level of departing ferries and cruise ships.

Inside, the 4,500-square-metre terminal is dominated by swooping concrete ramps to the gates – including a U‑turned ramp with a 20‑metre cantilever – which carve up the program into interlocking focal points, among them a ticket desk, a restaurant and a lounge. The terminal works like a small airport, dominated by the irresistible flow of travellers.

Although Hadid developed the initial sketches and models early in her career,
the forces that would shape her success in later years were already visible. The same desire to liberate form from the constraints of standard construction, now manifest in the completed terminal, can in retrospect be understood within the arc of her career.

During the terminal’s sudden inauguration, which was attended by such luminaries as Italian prime minister Matteo Renzi, Milan architect Stefano Boeri paid her a final tribute: “Zaha Hadid has worked with patience and relentless persistence to re-stitch the layers of reality of which our world is composed.” Italy now has an extraordinary new example of this ability, unfolding Hadid’s talents for half a million seafaring passengers each year. ­