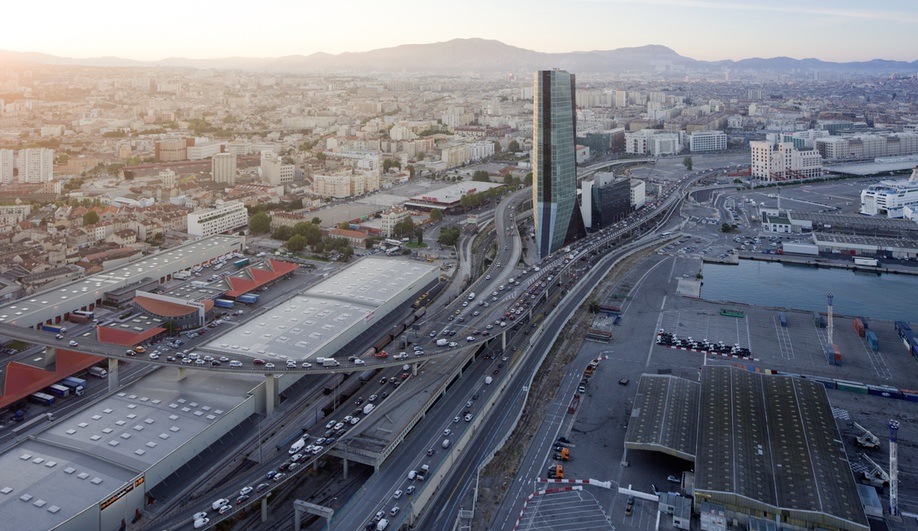 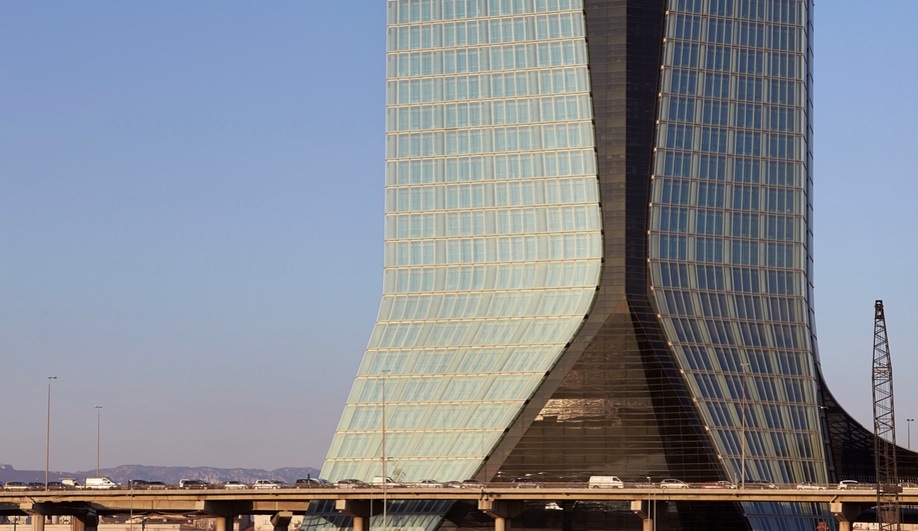 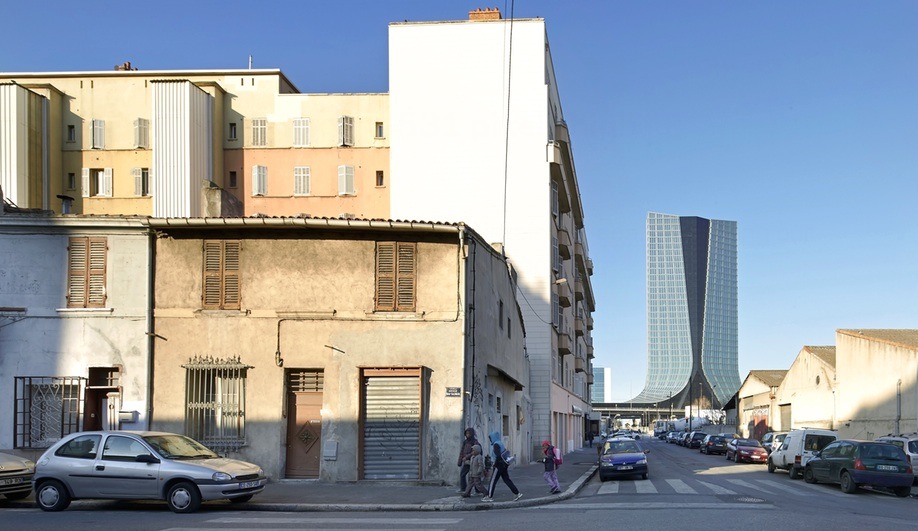 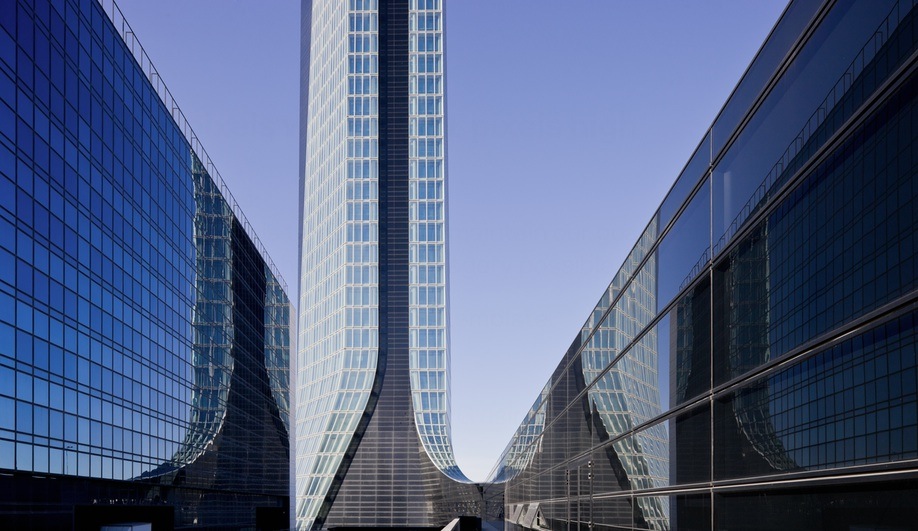 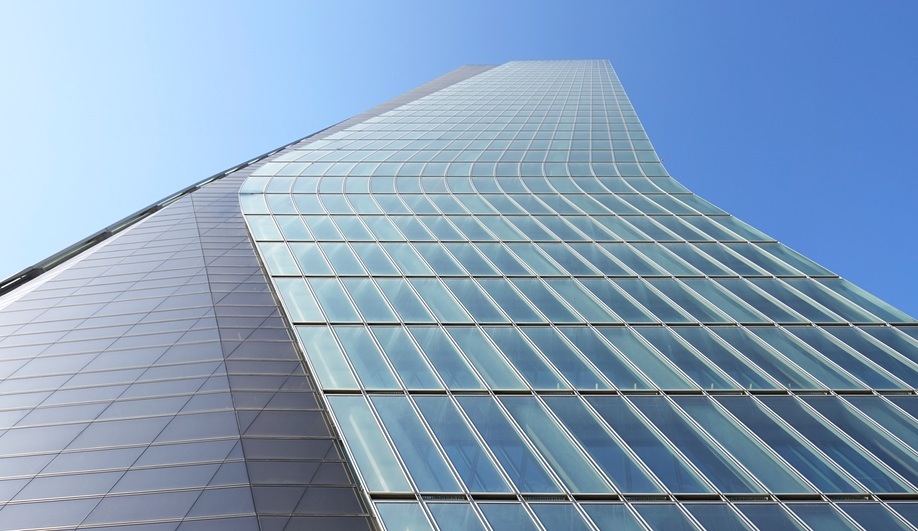 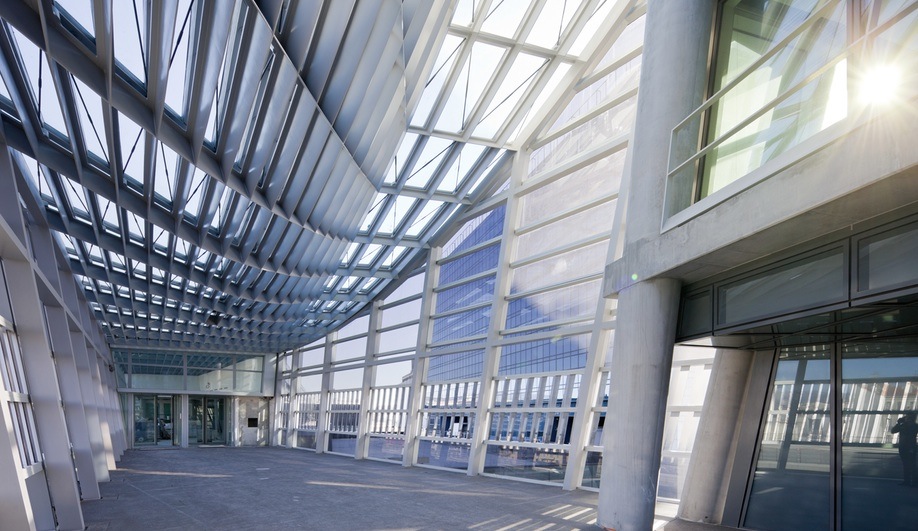 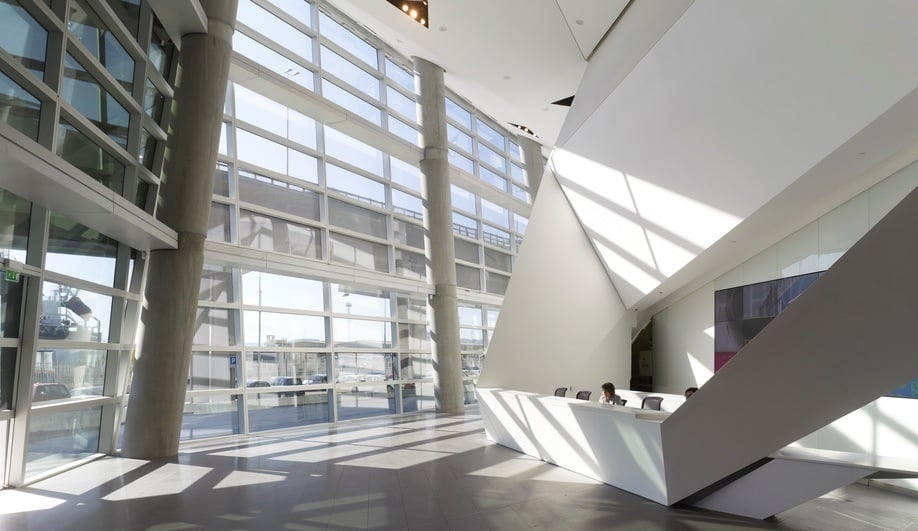 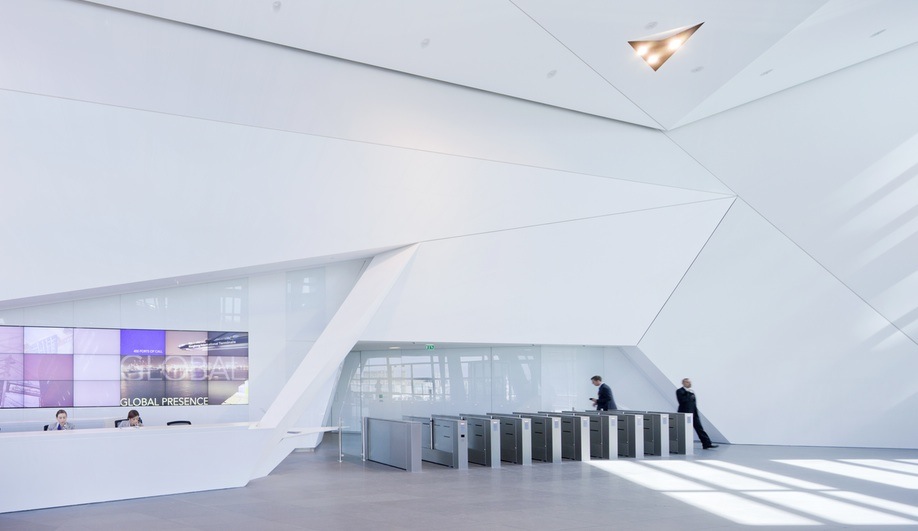 In France’s second-largest city, a new office tower by Zaha Hadid Architects anchors the growing business district of Euroméditeranée. Like much of the country, Marseille’s skyline is dominated by ancient buildings and more recent mid-rise structures, making any tall additions conspicuous. Predictably, Hadid’s 33-storey building, constructed for the container shipping company CMA CGM, is now the dominant presence and is highly visible from the city’s core. At 147 metres, it has no contenders in its portside neighbourhood; only the Basilica across town rivals it.

It’s most visible features include converging lines at its midsection that visually split the facade, and colour-coded light and dark glazing. The light glass appears to wrap around the building like a single-buttoned suit jacket surrounding the darker glass within. The striking effect is also functional as it incorporates a solar screen overtop of its structural framework, providing a sustainable element.

One of the biggest challenges to overcome was the site. While just a short walk from the historic La Joliette, it isn’t idyllic; the tower is separated from the waterfront by a viaduct and hemmed in on all sides by highways. Long, narrow and awkward, the tiny site left Hadid with only one option: to wedge the building in by tapering the base dramatically. At one corner the facade flares out as if it is carefully lifting its skirt to step over the viaduct.

Now home to 2,700 employees, with parking for 700 cars and 200 motorcycles, the CMA CGM Tower also houses a 800-seat restaurant, a gym, and an auditorium.