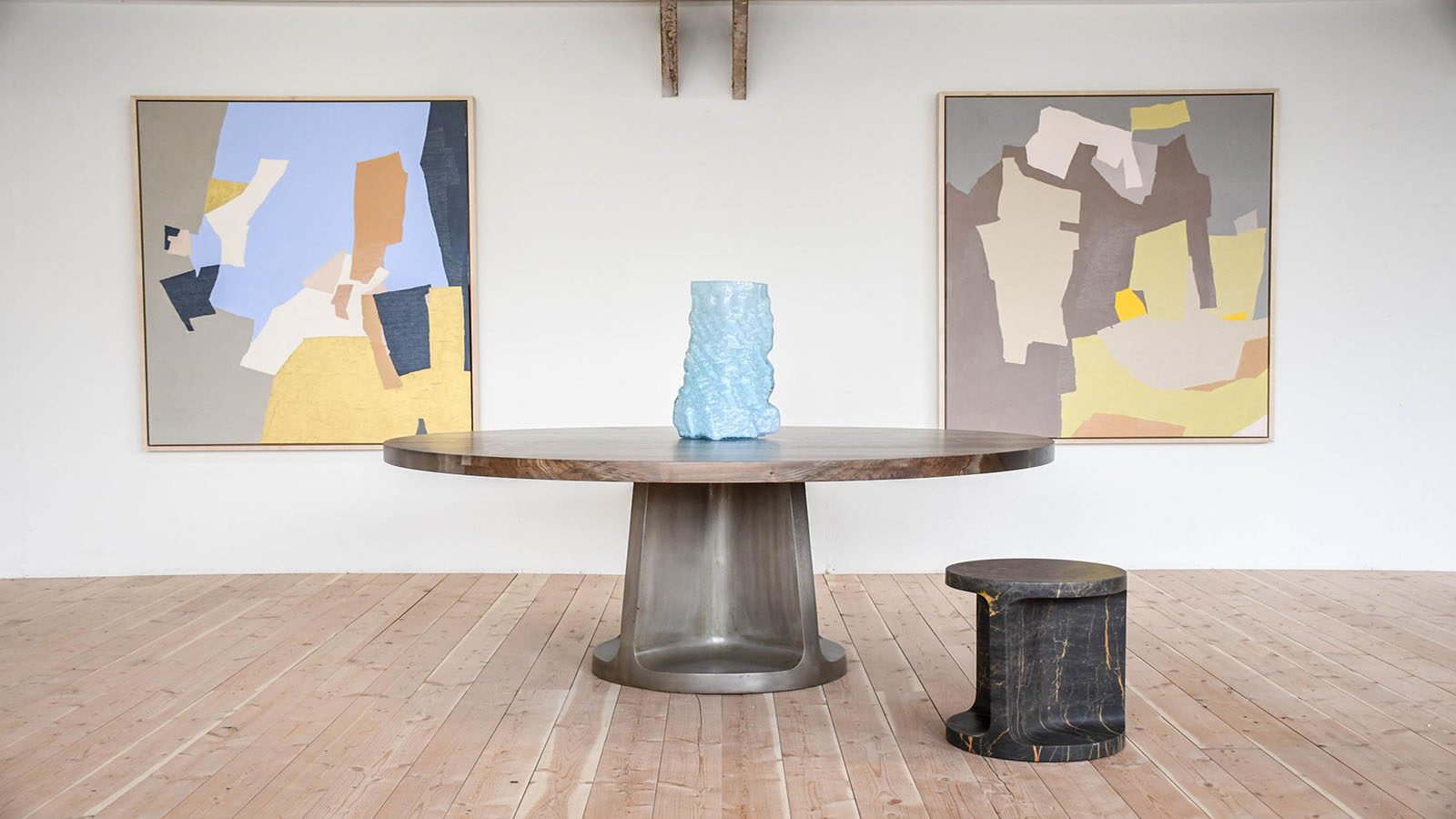 15 Iconic Products That Stand the Test of Time

From the quality of their craft to the originality of their design, these product icons exemplify a return to “slow design,” where durability and timelessness are key.

Remember the Maytag Repairman, the lonesome fictional washing-machine fixer who famously had little to do because Maytag appliances rarely broke down? In his heyday, product durability was a source of pride among manufacturers, and the reality of buying something for life wasn’t so far-fetched. Today, by contrast, our postglobal, speed-driven culture of impermanence tends to prize novelty over longevity, social-media buzz over evergreen appeal. Only recently have we begun to tally the increasingly dire costs to our planet and our societies of this slavish devotion to the new and next. As a result, slow design is hot again, as is a rejection of growth at any price.

“If we’re honest with ourselves,” Colorado-based designer and academic Jesse Weaver wrote recently in Design Like You Mean It, his online newsletter, “we’ve set our bar of value incredibly low. In the big picture, we’ve actually hit a point where we are losing value when we rush to exploit every niche of a market, or when we try to convince people that their life will be transformed by throwing out their 10-megapixel camera for the new 12-megapixel version.”

Of course, some brands have always understood the value of constancy. France’s Roche Bobois, for instance, has regularly enlisted a galaxy of design stars to jazz up the upholstery covering its modular Mah Jong sofa, but the system’s underlying strengths — its mix-and-match versatility, the couture-house level of handmade construction — have never wavered. Regardless of colour or pattern, Mah Jong transcends faddishness, appreciates with time, endures. It is this calibre of product — the icon that still resonates, the piece that survives and even thrives with updating, the clear classic of the future — that is worth our investment of time, money and effort. And it’s this type of product that we showcase and celebrate here. 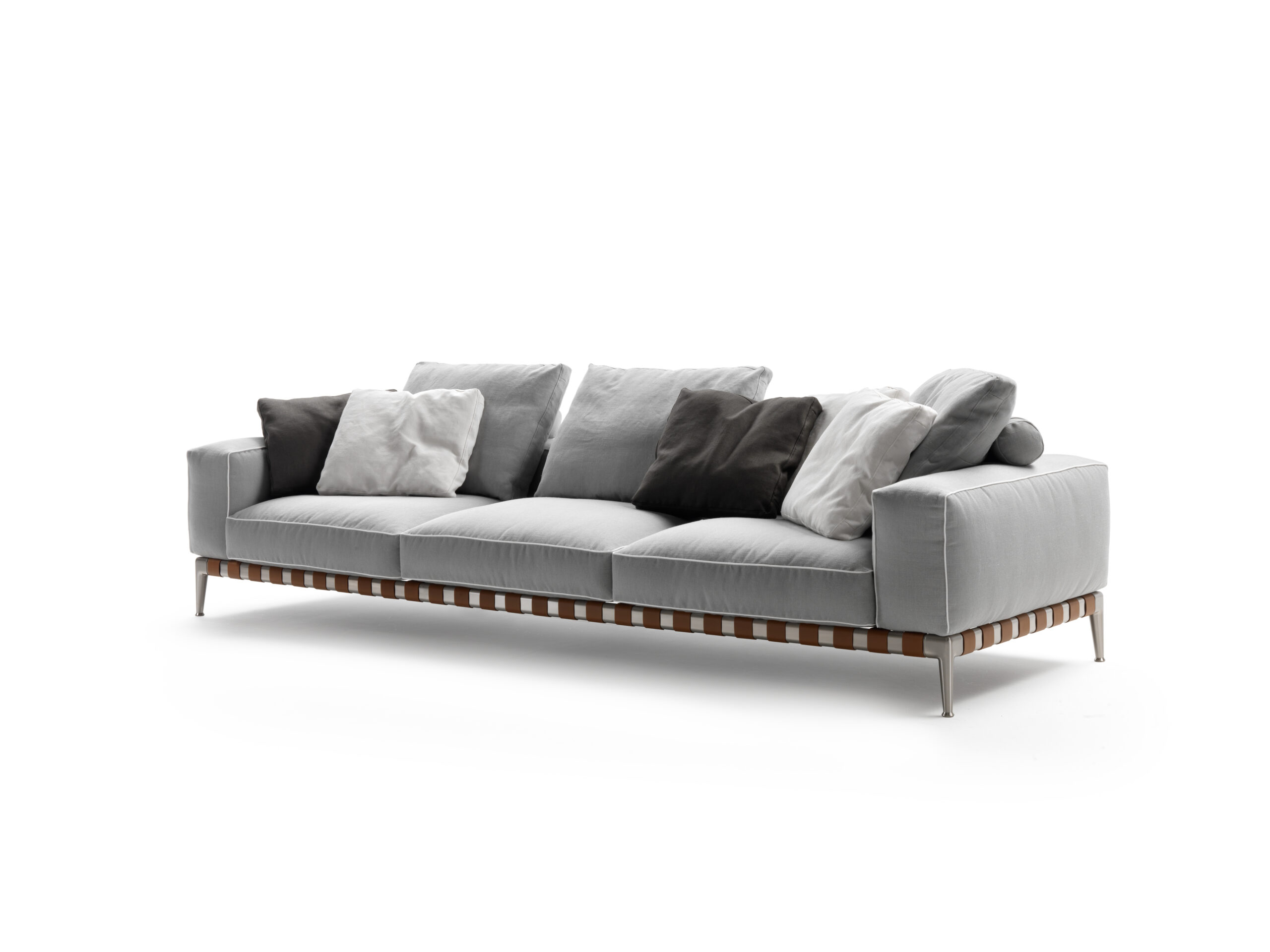 Italian manufacturer Flexform is known for its expansive portfolio of high-quality tailored furnishings for both indoors and out. Its recently launched Gregory sofa is no different. The sophisticated Antonio Citterio–designed line sees an industrial metal base softened by a graphic weave of elastic straps finished in cowhide, which together support the plush polyester fibre seats and goose down backrest cushions. In an almost endless array of upholstery options, Gregory is available with four base finishes and three tones of leather.

Resembling a joyful arrangement of colourful cardboard offcuts, the Patcha series of rugs by Patricia Urquiola for CC-Tapis exemplifies both her own and the brand’s unparalleled creativity. That quality alone makes these tapestries — which overlap various pile heights and hues of lavender, taupe and burgundy with speckled technicolor fields — worthy of passing on from one generation to the next. Another is how the pieces are made: In a process that encompasses a material reimagining of what came before them, they are woven with wool and silk left over from the production of carpets and Indian saris. The result is an ethical and sustainable collection of vibrant floor coverings to be forever admired. 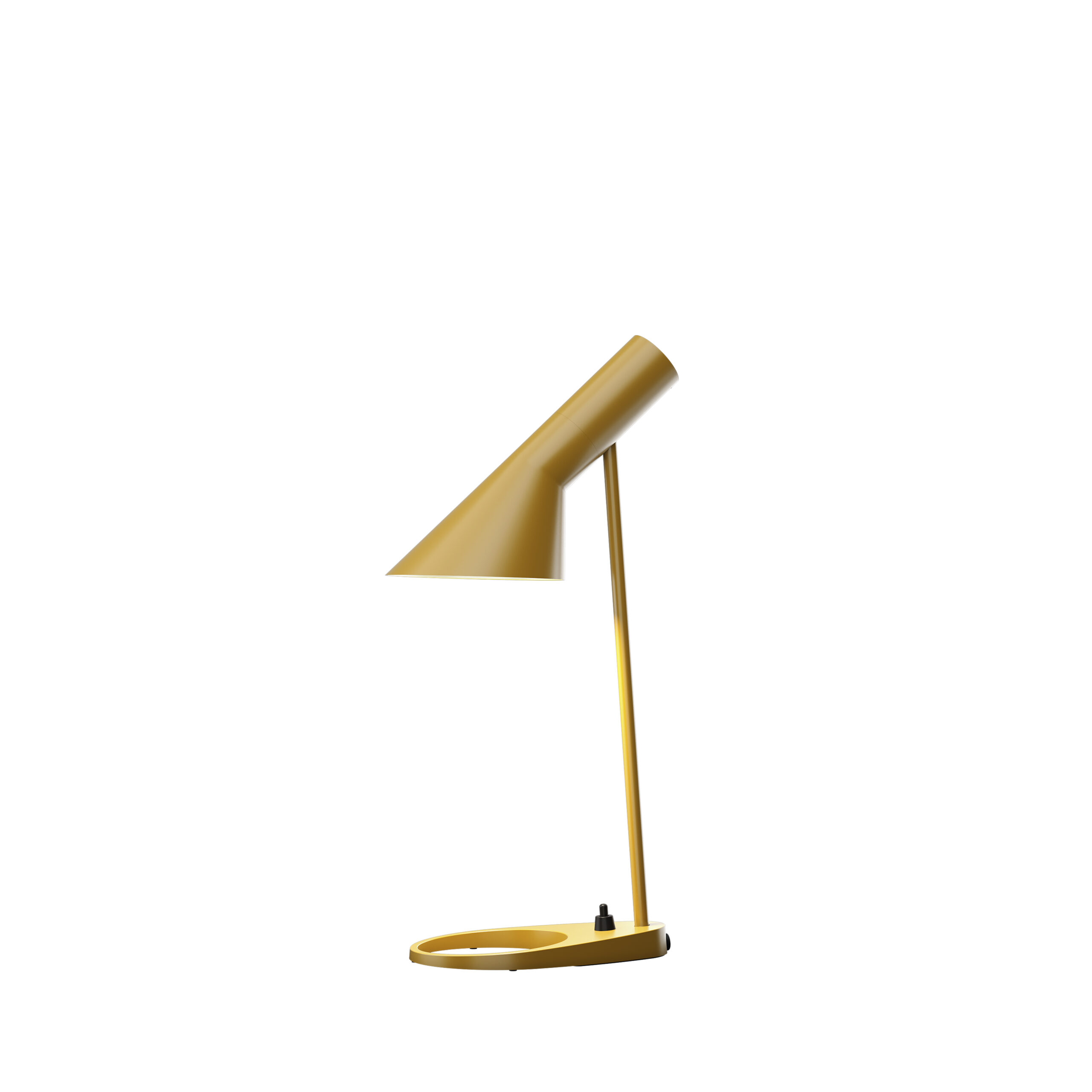 Lauded as one of Arne Jacobsen’s most recognizable designs, the AJ family of lamps for Louis Poulsen epitomized functionalism when it was revealed as part of the Danish architect’s all-encompassing concept for Copenhagen’s SAS Royal Hotel in 1960: the cone-shaped shade, cylindrical socket, and right and oblique angles are perfectly proportioned amalgams of geometric forms. Introduced for the first time last year, the AJ Mini table lamp is available in original polished stainless steel, as well as 10 vibrant hues from aubergine and rusty red to ochre and midnight blue. 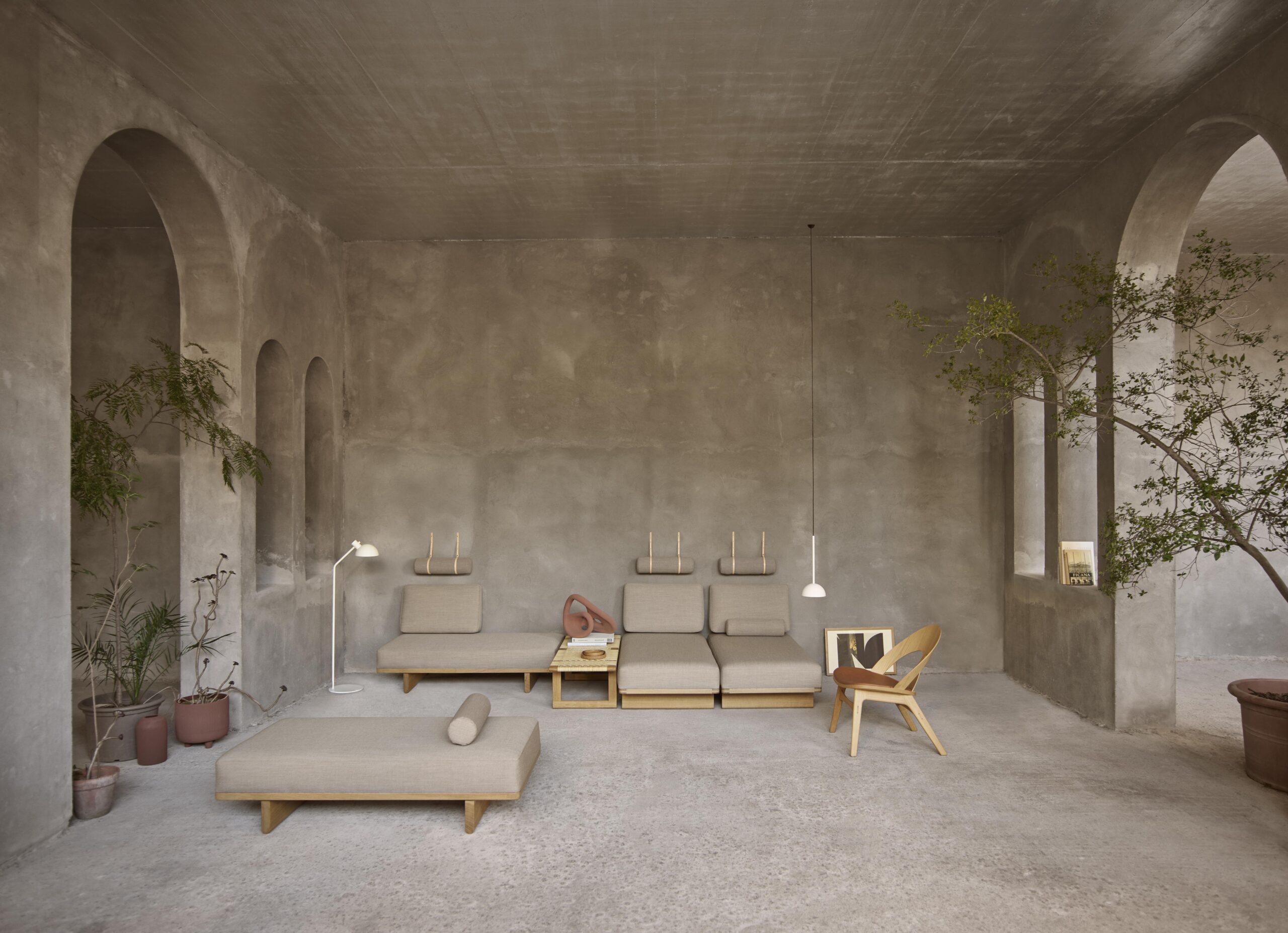 First designed in 1958 by Børge Mogensen, the BM0865 Daybed has been re-released for the 21st century by the 113-year old Danish manufacturer Carl Hansen & Søn. Defined by its rigorously clean lines, the modular lounger features a carefully crafted solid oak base with softened edges and a thick upholstered seat. Added rectangular back pillows and cylindrical back or armrests (which can even be wall-mounted from saddle leather slings) make this chaise as adaptable as it is timeless. 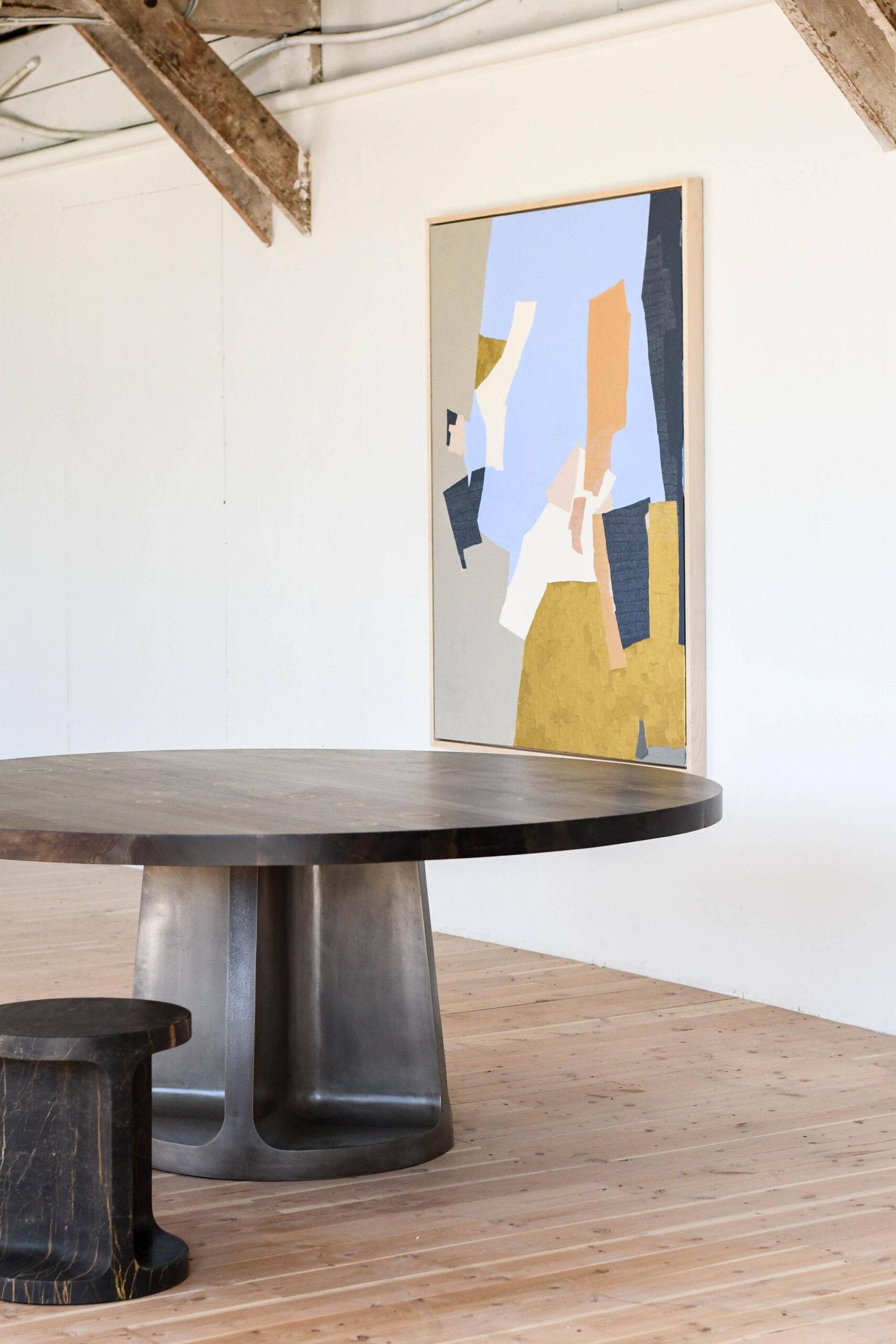 Named after the stone implements created over 10,000 years ago, Jeff Martin’s Neolith table is fittingly designed to stand the test of time. Consisting of a sleek cast bronze base topped with a solid wood, stone or terrazzo surface in diameters ranging from 122 to 203 centimetres (custom sizes, as well as oval, oblong and rectilinear options, are also offered), its minimal yet substantive presence comfortably fits into any scheme. Metal finishes in satin, blackened, foundry fresh and silver nitrate, paired with one of four wood species, provide full flexibility in personalizing this collectible piece. 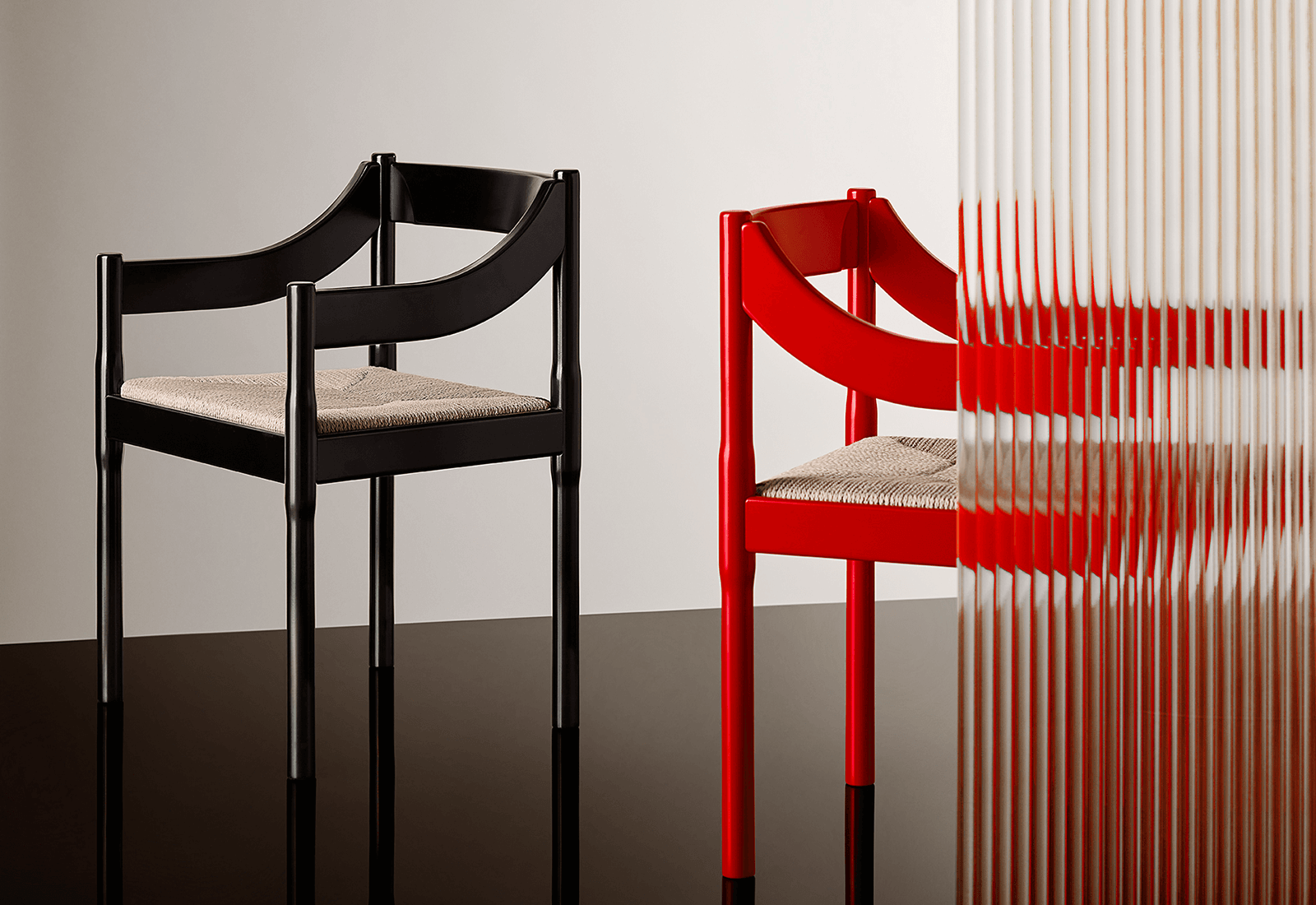 Designed for the Italian golf club it was named after (where it’s still in use today), Vico Magistretti’s Carimate Chair from 1959 was recently reissued by Fritz Hansen in a limited-edition run to honour what would have been the designer’s 100th birthday. The sculptural perch still boasts its telltale swooped arms, with only minor tweaks made to its shape and size for modern-day comfort (durable handwoven flax replaces the straw seat). Offered in the original glossy fire-engine red or rich black lacquer, Carimate is a model of everlasting design. 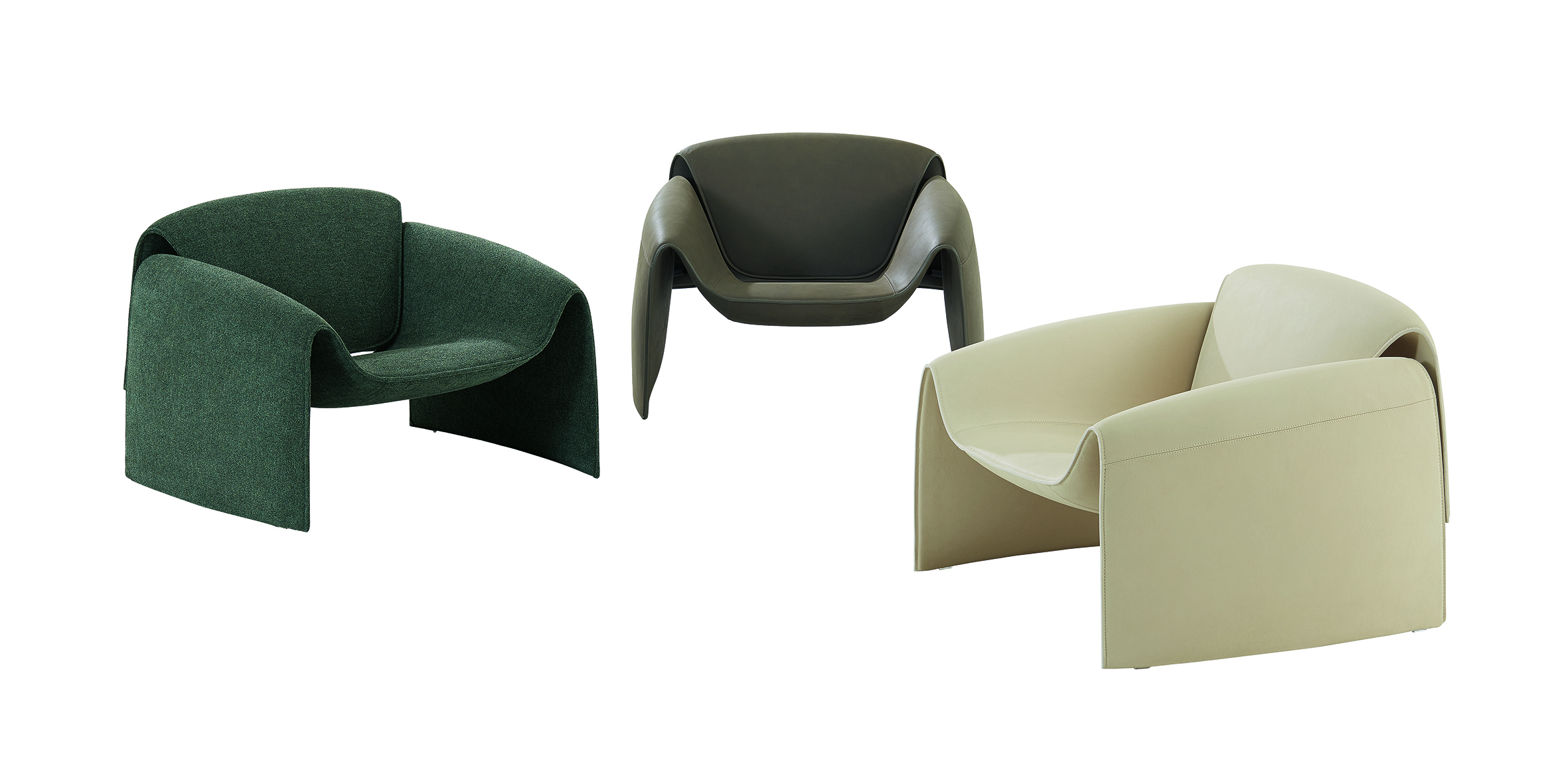 With his Le Club chair for Poliform, French architect Jean-Marie Massaud distills the archetypal leather-bound club chairs of the early 20th century into a refined minimalist form. Comprising two folded elements — one piece morphs seamlessly from arm to seat to arm, the second is draped perpendicularly to create the back — the armchair expresses a subtle playfulness and casual sophistication that sets a new and sure-to-be-enduring standard for both comfort and style. Multiple fabrics and leathers can be chosen to cover the flexible polyurethane body.

If Roche Bobois’s modular Mah Jong seating system gives off a sybaritic “Me Decade” vibe, that’s because it was designed by Hans Hopfer in 1971. For all intents and purposes, though, it’s as timeless as they come. The low-to-the-ground components — perennial bestsellers for the brand — are recognizable whether they’ve been upholstered by Jean Paul Gaultier or Kenzo Takada, just two of the star designers who have “dressed” them over the years (the latest patterns, pictured here, are by Missoni Home). This design strength is matched by the quality of their construction; each cushion is made by hand in a dedicated workshop. And then there are the endless configuration options. Corner sofa? Check. Daybed? Pas de problème. Behind Mah Jong’s playfulness is serious functionality.

Update: On the 50th anniversary of Mah Jong, Roche Bobois presented a new fabric collection by Kenzo Takada — the last one the designer worked on prior to his passing in 2020. 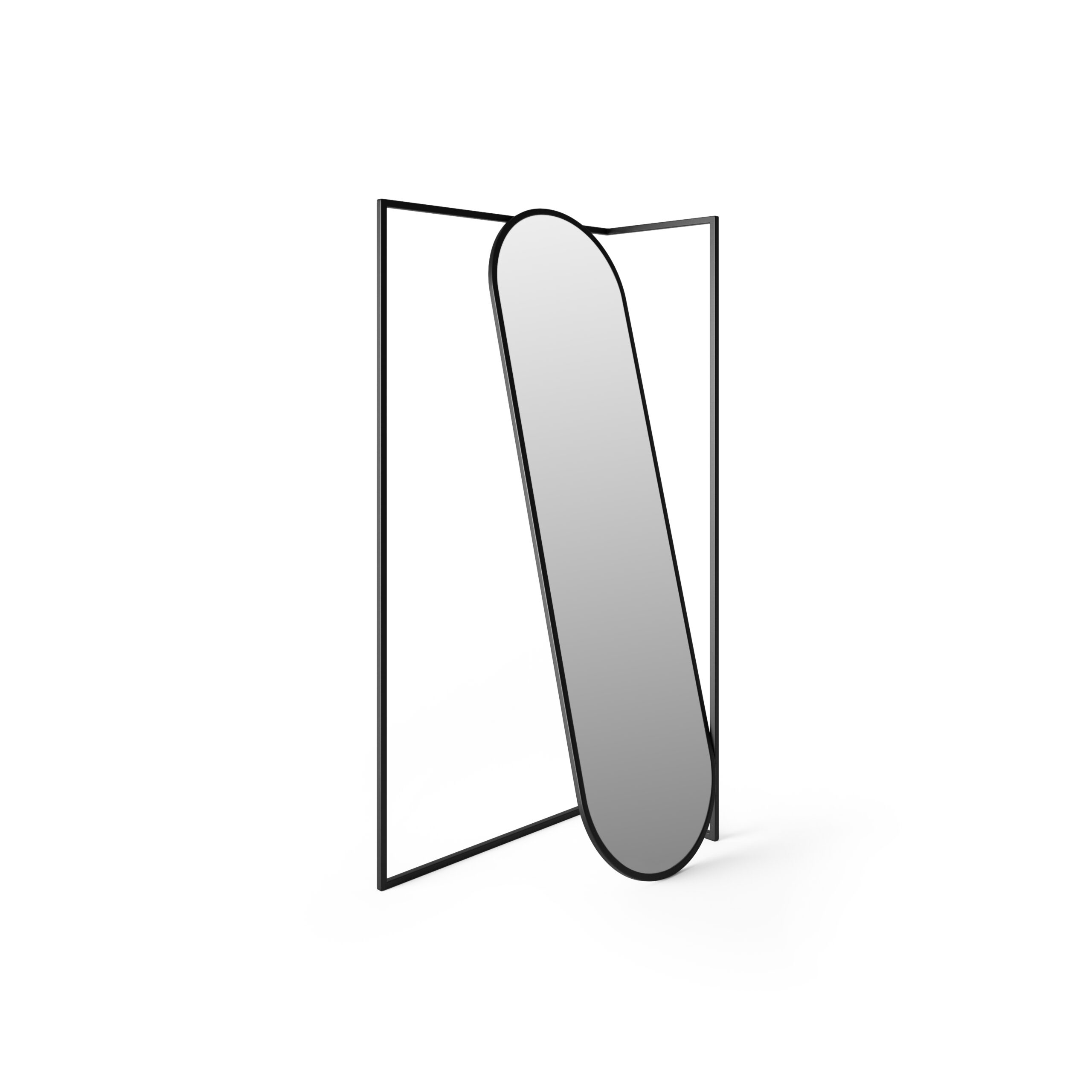 It would be rather a shame to obscure the strikingly graphic outline of Nendo’s Frame floor mirror for Stellar Works even temporarily. But if you’re in need of a place to hang a shirt or suit while you examine your refection, feel free to do so: It doubles as a garment rack. It could also, of course, serve as a space divider. And it certainly counts as utilitarian art. However it’s employed, Nendo’s masterful combination of mirrored glass and powder-coated steel epitomizes founder Oki Sato’s ongoing effort to find beauty in the everyday. Think of Frame as another reframing of what a home furnishing can be. 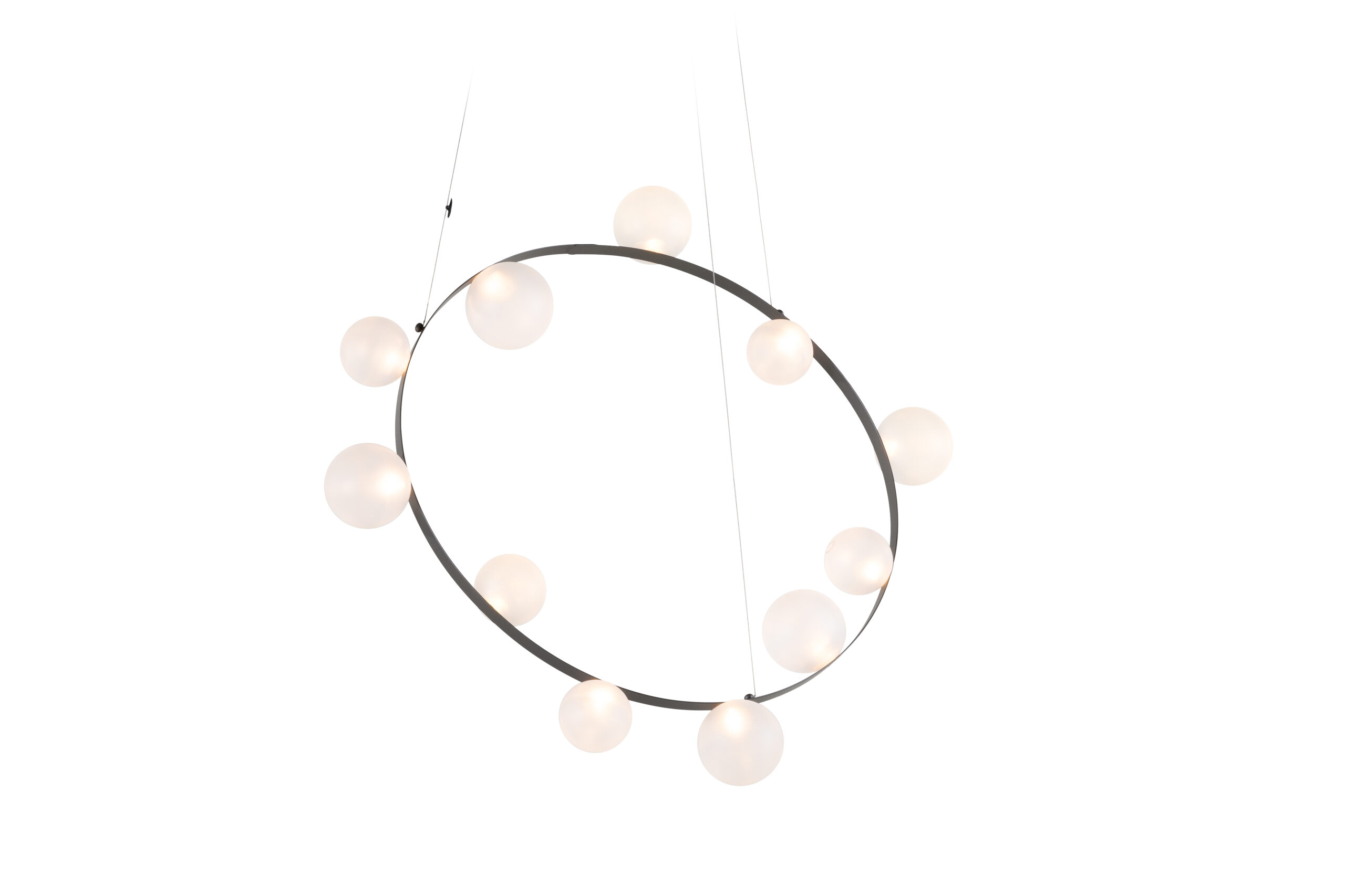 “Nobody throws away things that are great,” Marcel Wanders often says. He would know: His Dutch brand, Moooi, creates furniture, lighting and accessories that are unbound to a specific time — too romantic to be futuristic, too iconoclastic to be from a bygone era — and so remain forever relevant. Like the company’s much-copied Random light of 20 years ago, the Hubble Bubble, with its elegant blown-glass spheres adhered to a sleek metal ring and powered by Moooi’s proprietary Electrosandwich technology, is destined for classic status. It comes with another Moooi invention: The Button, a proof of authenticity that ensures you have the real thing, and that it’s protected by warranty.

Original. Innovative. Light on its feet. In many ways, Sebastian Wrong’s sinuous Lucio chair for Established & Sons (released in 2020 in both high-back and lounger forms, with or without an integrated side table) is reflective of the brand as a whole. Every season, the U.K.-based company unveils small yet impactful collections, each piece as functional as it is eye-catching. In the case of Lucio, “the brief I set myself,” says co-founder and current design director Wrong, “was to create a steel-framed chair out of tubular sections, which was efficiently designed and very light.” He might have added museum-worthy, as many an E & S design has literally become. 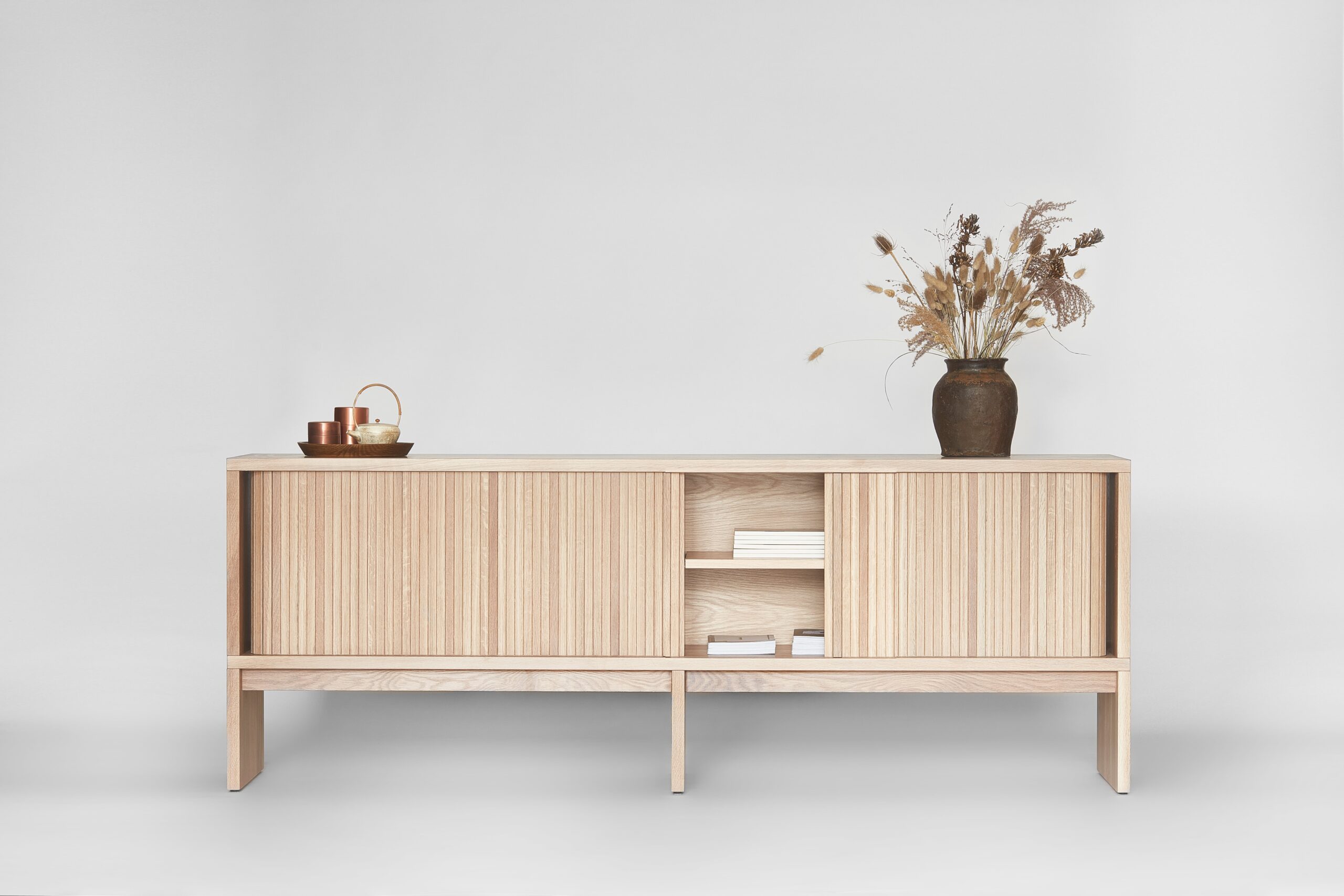 Former EQ3 creative director Thom Fougere’s inaugural collection for Toronto retailer Mjölk takes the quintessential Canadian métier of well-crafted wood furniture and turns it up several notches. Its standout piece, the Tambour cabinet, handmade in Toronto in solid walnut or oak, might harken to the past, but it feels completely contemporary. The sideboard is named after the tambour doors, made with an heirloom artisanal technique, that entirely wrap its back. A gap between the doors and the frame provides a view of this detail, allowing us to appreciate the sliding doors as a tectonic and mechanical phenomenon distinct from the cabinet’s structure. 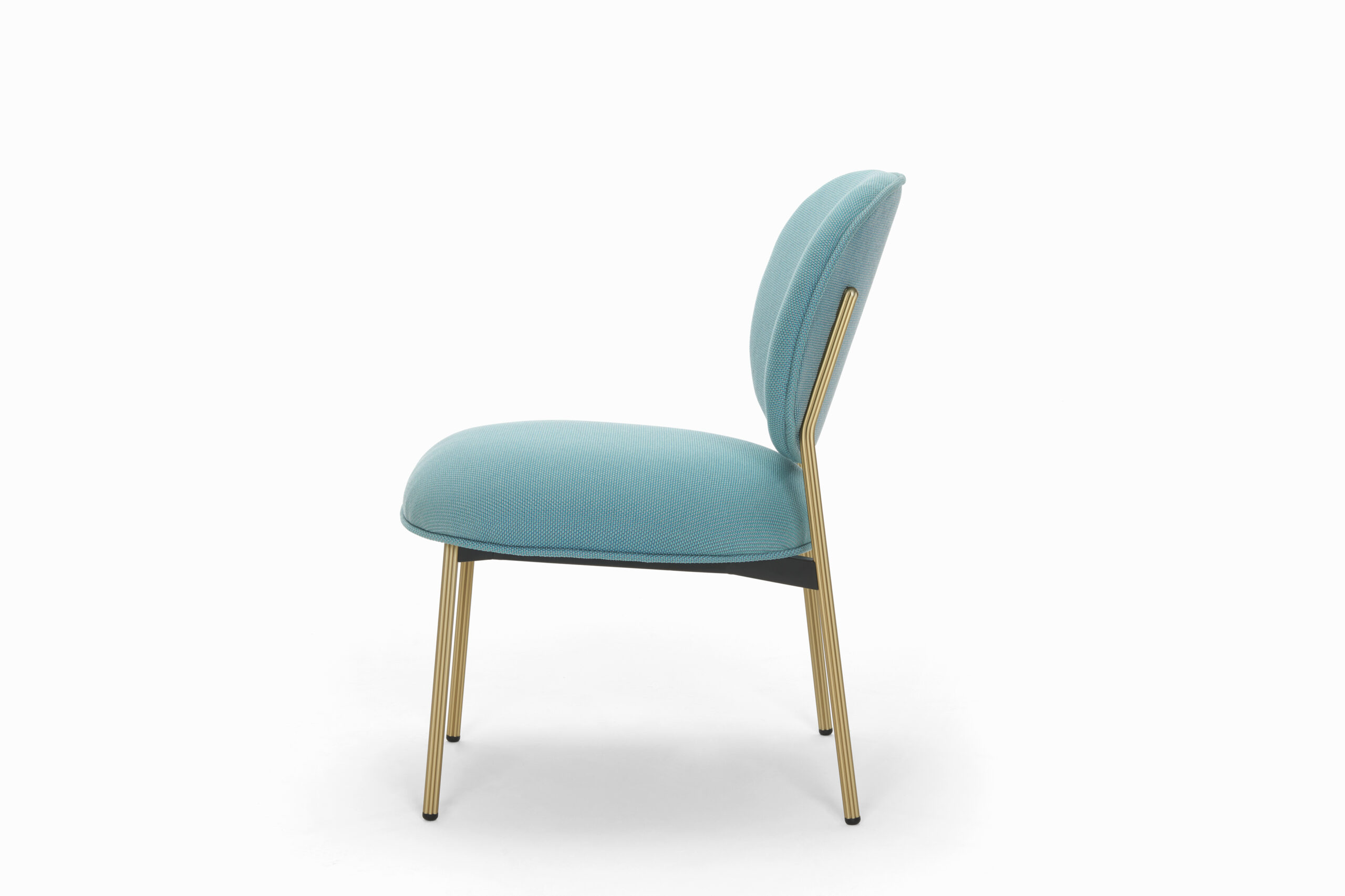 Known for his distinctive portfolio of singular, expertly crafted furnishings, Germany’s Sebastian Herkner designed the Blume lounge chair with a graceful, petal-like polyurethane seat and backrest joined by a slender extruded aluminum frame (available in four metallic finishes). The Pedrali-made piece features softened geometries, rolling edges and handsome details — including a graphic X-shaped base that supports the seat and a subtle bend in the back rails for added flair in profile — that make it an instant icon. 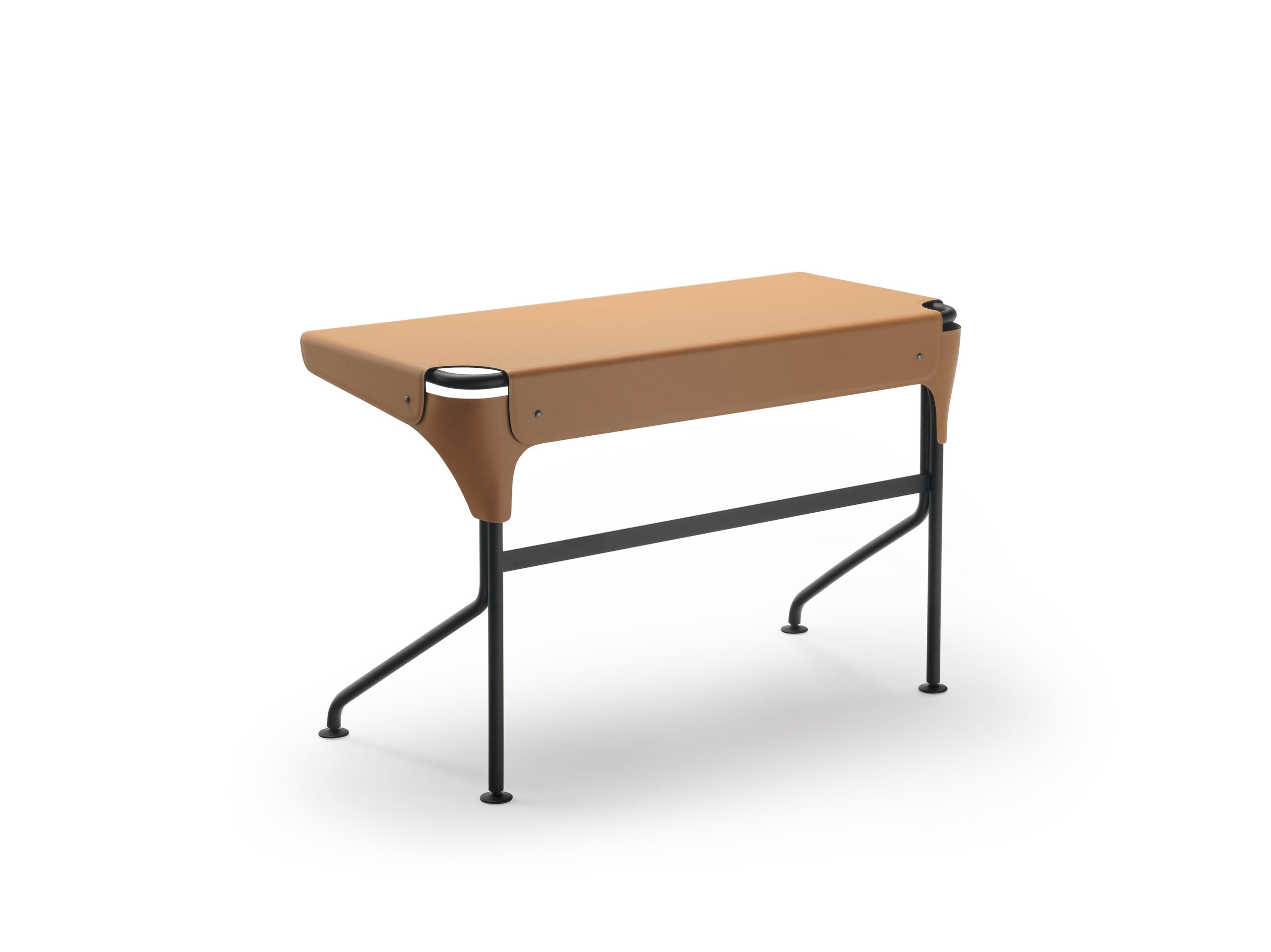 Classic yet raw, timeless yet contemporary. That’s how Stockholm-based designer Monica Förster describes Tucano. The compact writing desk, made by Zanotta, rises to the occasion of our WFH reality with elegance. Comprising a bent tubular steel frame painted matte black and a thin top made of a single piece of perfectly tailored cowhide (meant to patinate over time “to tell the history of the object”), it also promises to remain a forever piece in your home. 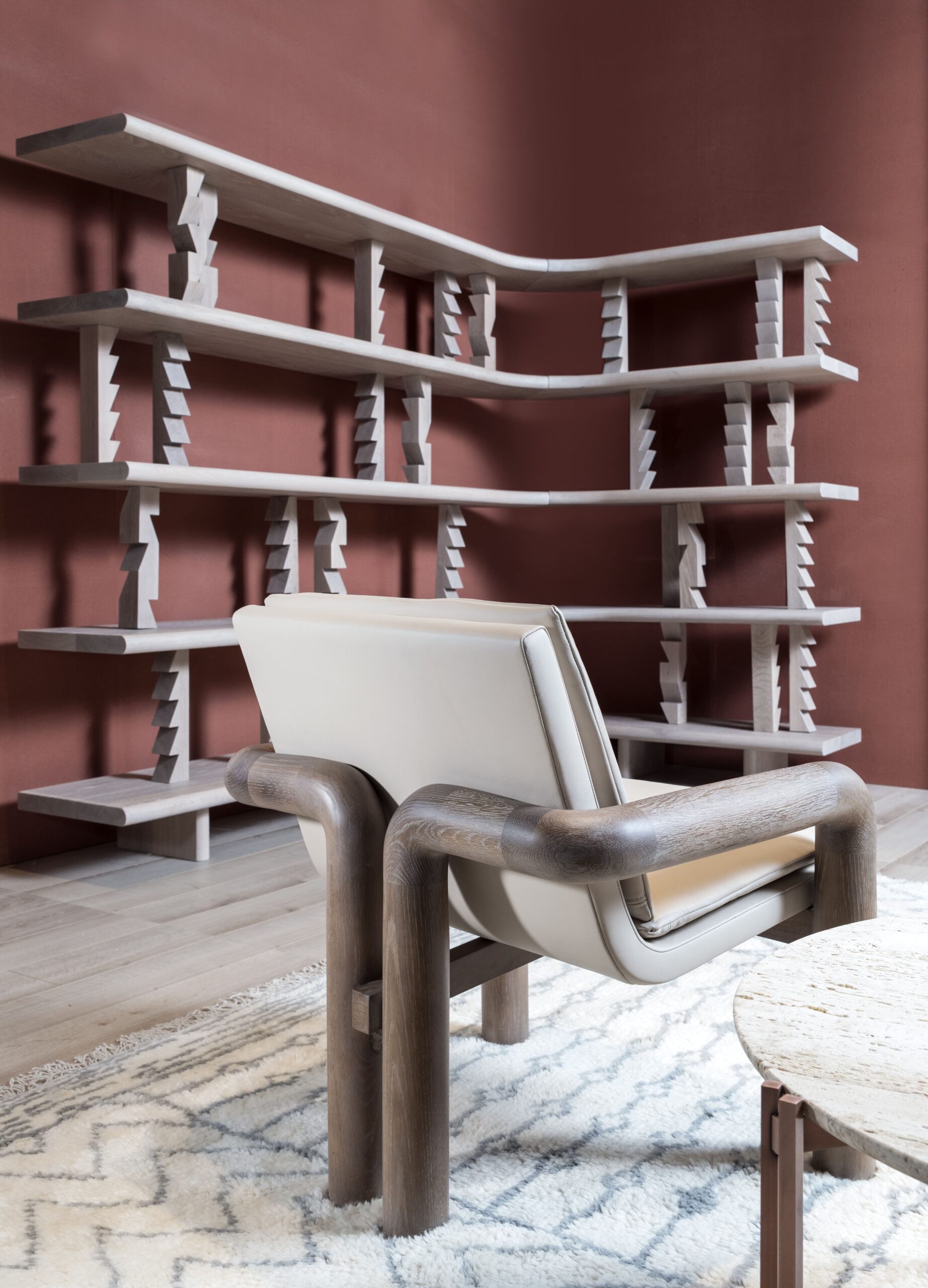 Toronto designer Paolo Ferrari’s editions are replete with pieces, fabricated by local artisans, that are destined to be prized for generations. His majestic corner-hugging Totem bookshelf is a prime example. Carved from solid ash, with sculptural sawtooth supports that are both decorative and minimal, the system does double duty as a showpiece room divider.

From the quality of their craft to the originality of their design, these product icons exemplify a return to “slow design,” where durability and timelessness are key.