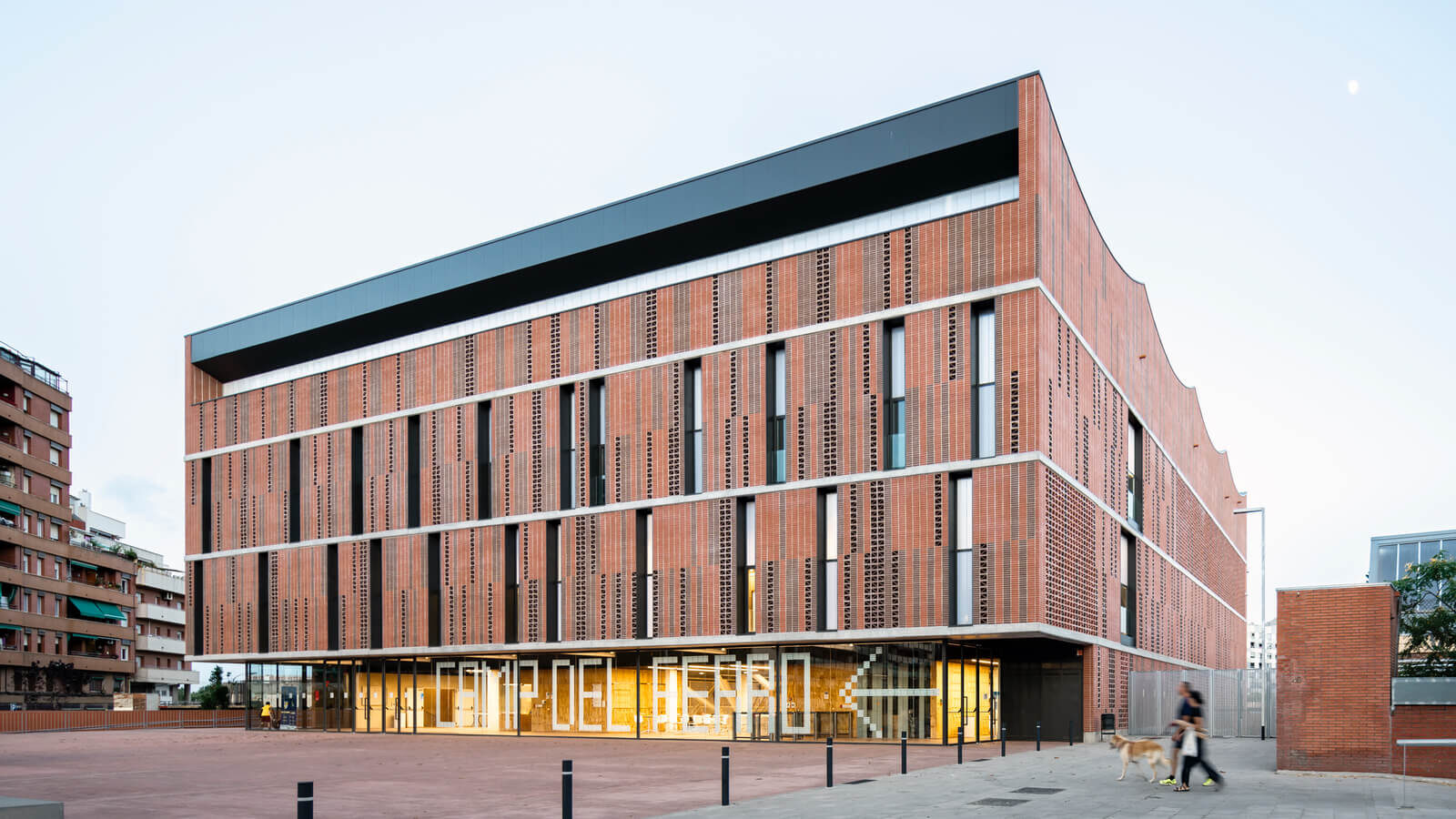 In a gritty suburb of the Spanish metropolis, three studios team up for a new recreation centre defined by a scalloped roofline and a lattice-like brick “skin.”

When it comes to grand design projects in the public sphere, the residents of Barcelona know that good things come to those who wait. If the past 30 years were about transforming the city’s central neighbourhoods, the recent focus has been on reshaping the gritty outer suburbs. Currently, the Spanish metropolis’s most ambitious redevelopment project is in La Sagrera, which has promised to inject some landscaped cosmopolitanism into a working- and middle-class area characterized by pedestrian high-rise apartment blocks and defunct industrial buildings. Camp del Ferro — a newly completed sports centre for basketball, roller hockey and artistic skating — is one of the first finished buildings in this ongoing project.

A partnership of three established Barcelona-based studios — AIA Activitats Arquitectòniques, Barceló-Balanzó Arquitectes and Gustau Gili Galfetti — won the open competition for the structure. Reflective of a sensibility evident throughout the city, their proposal employs natural materials and inviting aesthetics while optimizing interior volumes and harnessing the surrounding public space. 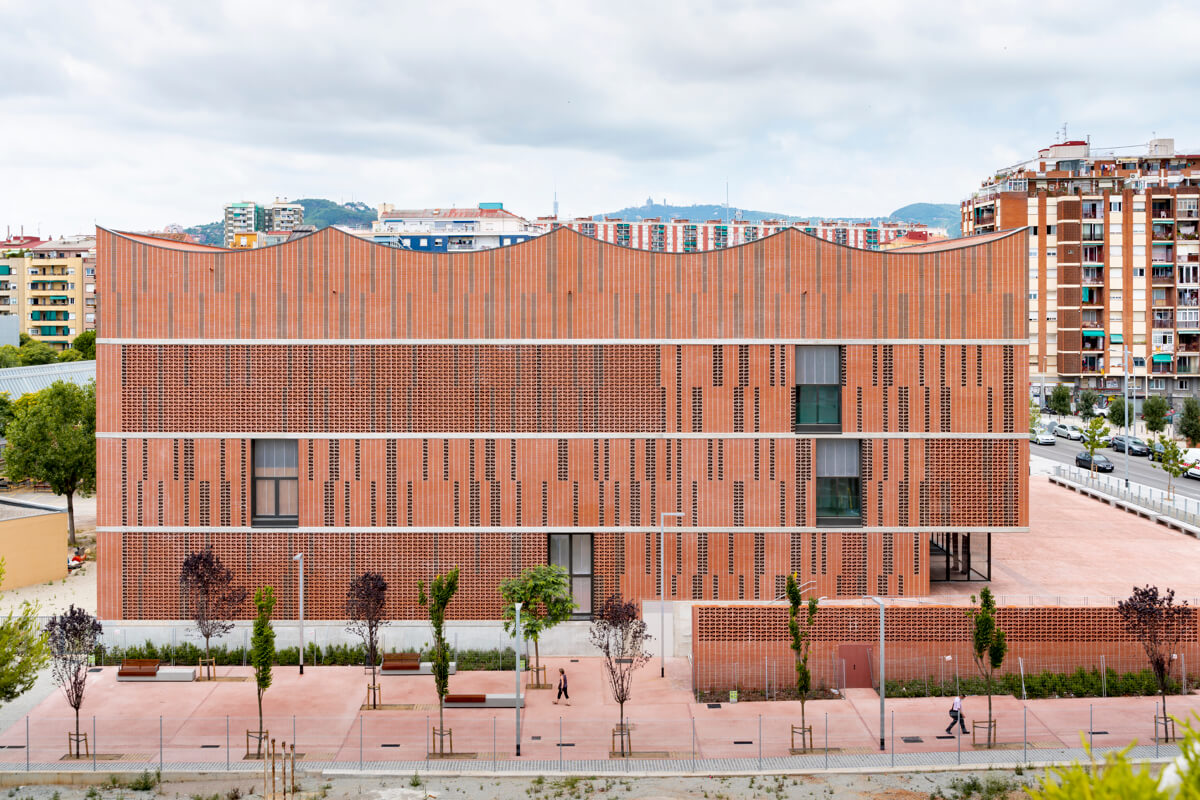 By placing two of three game courts below ground, the architects of Camp del Ferro were able to create a generous plaza that welcomes visitors to the Catalan capital’s newest sports facility.

For Camp del Ferro, the architects achieved this deft balance by placing two of the three courts in the facility underground, creating an elevated public square — suitable for community activities and accommodating of a large influx of visitors — on top of what is essentially one of the court’s ceilings. The unexpected softness of the building is achieved through an undulating roof (echoing an old mechanical workshop turned arts school next door) and a lattice-like brick “skin” (a gently rhythmic matrix of rectangular breeze blocks, both opaque and perforated). The warm terracotta used is a signature of the area’s old factories and warehouses.

“Our intention was to make this material the star of the building,” says architect Gustau Gili Galfetti. “And, given the high-rise nature of the neighbourhood, not to create something monolithic.” The interlacing brickwork has a functional element too, providing cross ventilation and solar protection — two outcomes that, together with the implementation of renewable energy sources, has earned the project a LEED Gold certificate.

The structure’s only aboveground court is bathed in natural light courtesy of the scalloped roofline, which borrows its profile from nearby industrial buildings.

While the 7,230-square-metre facility may look elegant and deceptively simple from the exterior, the interior is surprisingly complex. Due to the layout of stadium seating and the height needed for all those balls flying around, the ceilings over the courts soar. The architects used this central axis to accommodate stairways, lifts, attractive changing rooms lined in chessboard tiles and other service areas. The courts themselves — two with wood flooring and the third with polished terrazzo — are impressive spaces in their own right, adaptable to various game formats. Each features a flexible, dynamic system that adjusts the surface area and is illuminated by tempered daylight through low-cost, glare-proof polycarbonate panels. Interior walls are furbished with the same earth-coloured bricks as the exterior, while the open-plan lobby, which acts as an extension of the plaza outside, is wrapped in natural wood, providing a warm and welcoming sensation even before the match begins.

In a gritty suburb of the Spanish metropolis, three studios team up for a new recreation centre defined by a scalloped roofline and a lattice-like brick “skin.”