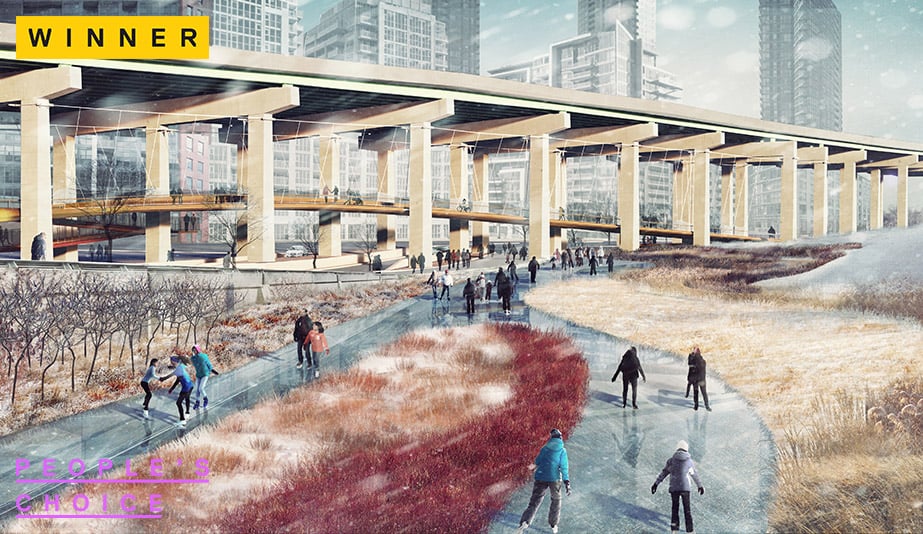 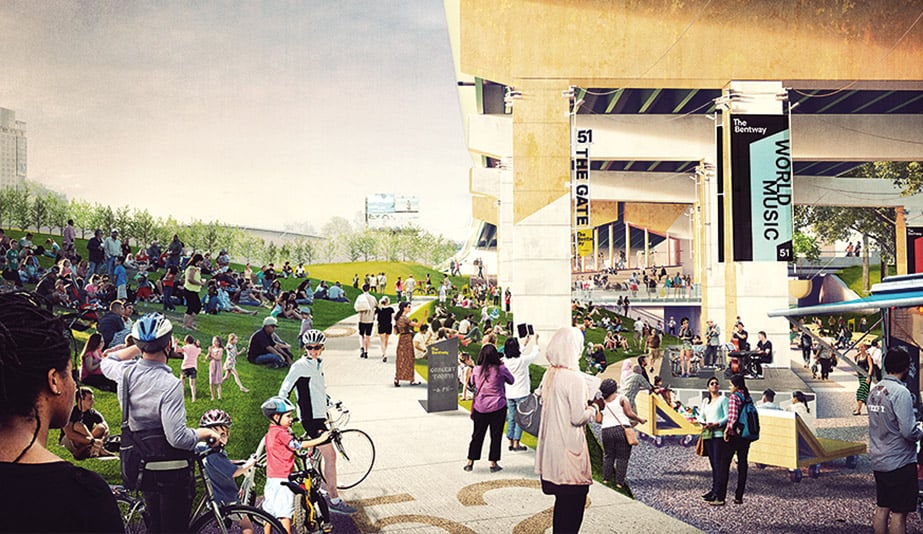 When the first elevated portion of the Gardiner opened in 1962, Torontonians saw the raised expressway as either a symbol of innovation or a monstrosity that chopped the city off from its lakeshore. Today, for Adam Nicklin and Marc Ryan, co-founders of Public Work, it is an opportunity for a new kind of urbanism. Their multi-phase plan, developed with urban designer Ken Greenberg, will transform 1.75 kilometres of dead space beneath the highway into a lively park called the Bentway.

The park’s name refers to the “bents,” the T-shaped concrete columns on which the roadway sits at an elevation of up to 15 metres. These grand structures demarcate space, dividing the narrow strip of land into 55 “civic rooms,” which will eventually become year-round amphitheatres, playgrounds, bike paths, picnic areas and market kiosks – all partly sheltered from the elements by the roadway overhead.

Cities are intensifying so quickly that you have to utilize every square inch in a meaningful way, so making use of volumes that already exist is a really compelling and necessary idea.” – Megan Torza 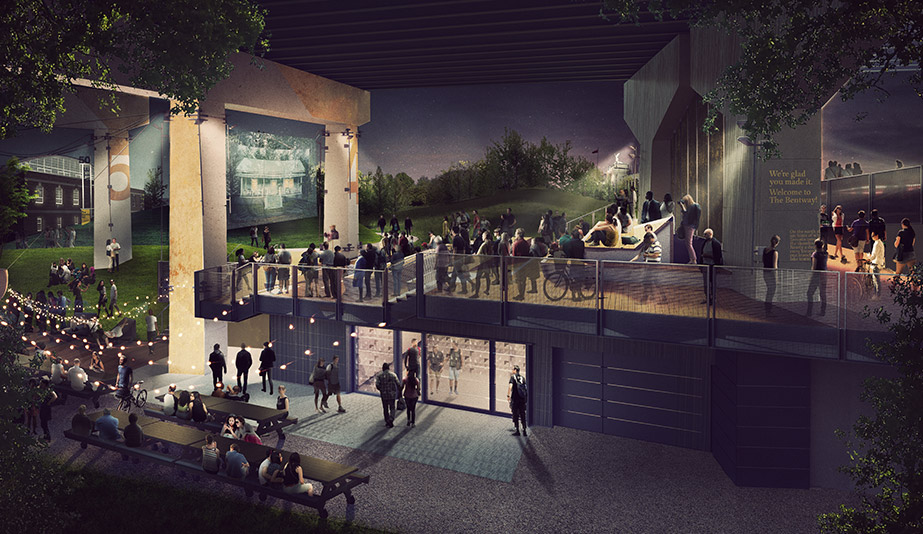 Last winter, the first completed phase opened: a figure-eight skate path that in summer months converts into a walkway for pedestrians and rollerbladers. The plan is to further offset the harsh concrete with warmer features, including a fibreglass-encapsulated glulam-timber pedestrian and cycling bridge suspended from the freeway by cables, and a park (or “wharf”) that appears to float above native grasses and rain gardens that double as storm water management systems.

With condo towers lining the waterfront and filling in the downtown core, this neglected strip of land has always been ripe with potential. In the coming years, some 70,000 nearby residents, and the city at large, will finally get to use the backyard that’s been there all along.