Meet The Bentway, a Cathedral-like Park Under a Toronto Expressway
One of Toronto’s most novel urban renewal projects, The Bentway, has finally opened with its first recreational project: a figure-eight skating trail underneath the Gardiner Expressway. 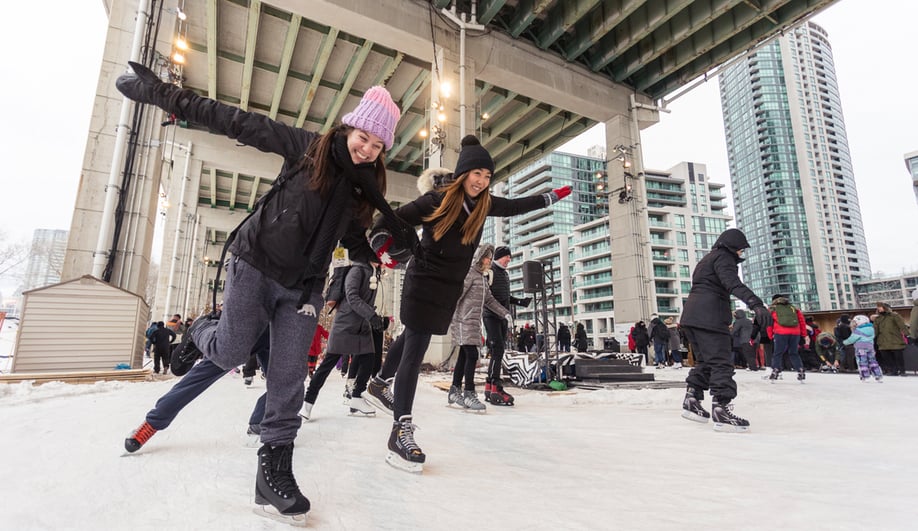 One of Toronto’s most novel urban renewal projects, The Bentway, has finally opened with its first recreational project: a figure-eight skating trail underneath the Gardiner Expressway. 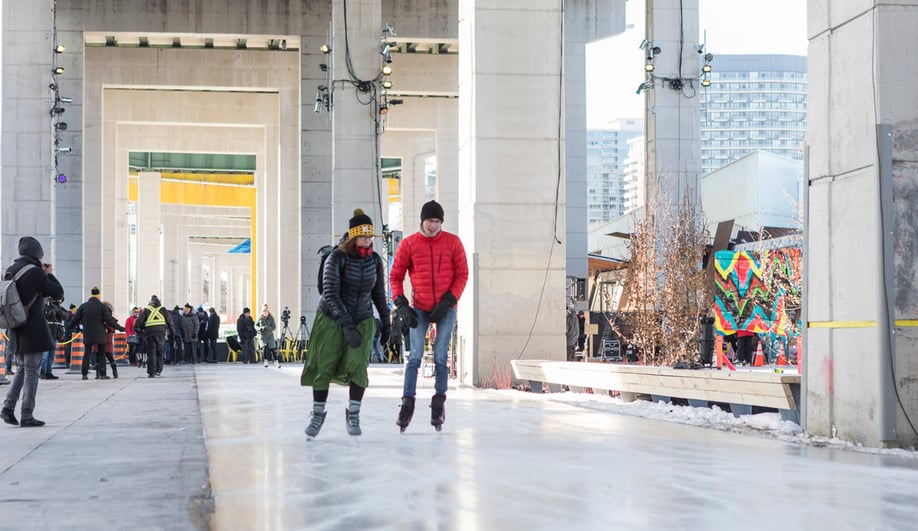 January 13, 2018, was the official opening for phase one of The Bentway, and despite sub-zero temperatures, some 15,000 skaters and spectators showed up to inaugurate its new rink. That’s an impressive number, considering that only 100 skaters or so can use the 220-metre-long circular trail at any given time.

It’s a testament to Toronto’s love for skating – there are already over 50 outdoor rinks across the city. It’s also a sign that The Bentway, initially launched as an idea in 2015, has truly captured the imagination of urbanites who are keen to engage with their city in new ways.

The rink is part of a much more ambitious rehabilitation plan initiated by a consortium of local city builders and urban experts, including Waterfront Toronto, Ken Greenberg Consultants, and the landscape architecture firm Public Work. With city support and a $25-million private donation in hand to jumpstart the project, a long-neglected 1.75 kilometre stretch of land that runs east to west is slated to be transformed into a hub for cultural attractions in every season. Its most distinguishing feature is its location underneath the Gardiner Expressway, where 21 pier columns frame the land with an unexpected grandeur. It is not an exaggeration to describe the sensation of standing beneath them as a cathedral-like experience. These giants rise over five-storeys high. 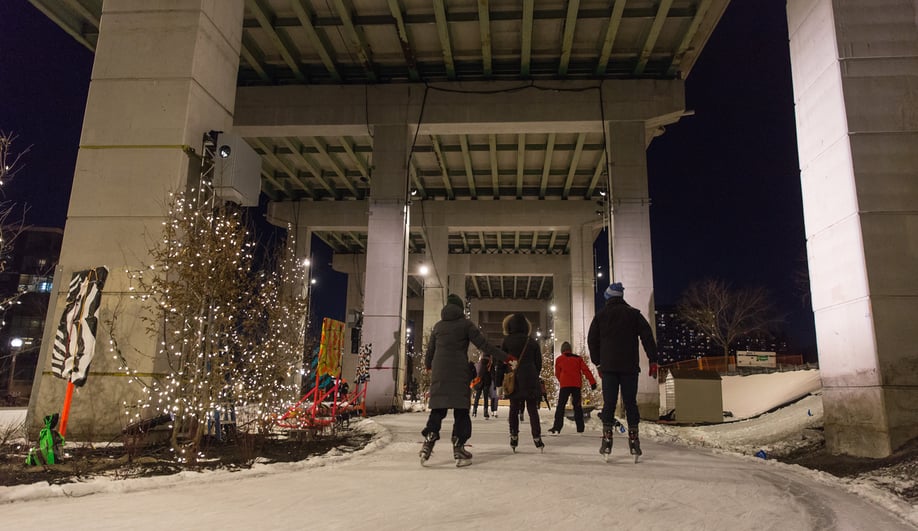 In its fullest realization, The Bentway will become a continually activated park and event space with a stream of programming, from pop-up farmers markets and bike trails to summer-time concerts and cinema screenings, with viewers seated on grassy slopes picnic-style. With an estimated 70,000 residents living within walking distance of the area that has been outlined for the bigger scope of the project, the new park already has a captive audience. 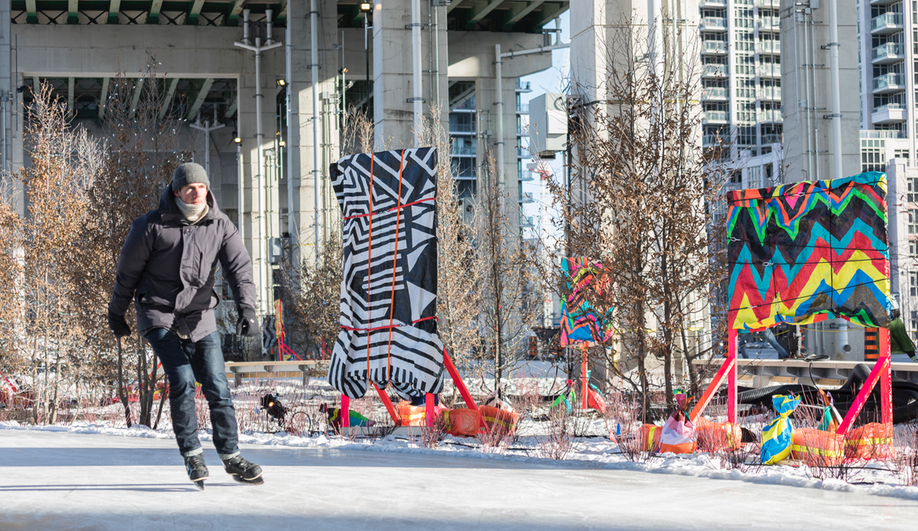 The skating trail is still a work-in-progress with construction debris and orange pylons everywhere. The rink itself is at ground level with no hockey boards or barriers between the ice and the rubbery surfacing that surrounds its edges. Just under 14 kilometres of embedded piping was installed to carry coolant to maintain its surface. The refrigerator system can keep the ice from thawing when temperatures rise as high at 12 degrees Celsius. 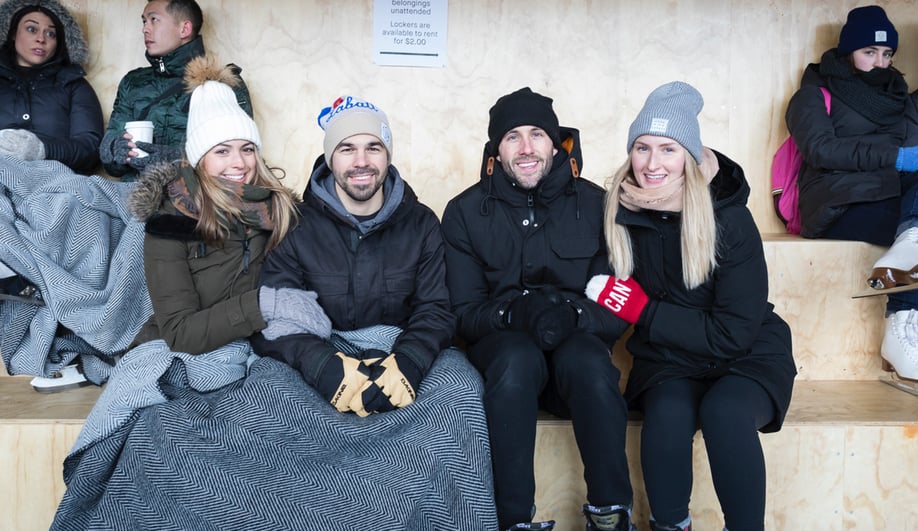 There are also a few social and retail services set up nearby, including a bar serving hot Strongbow cider, and a couple of shipping containers that have been turned into seating for taking on and off skates. A photo exhibit is also installed to cheer up the site and masks more construction fencing. 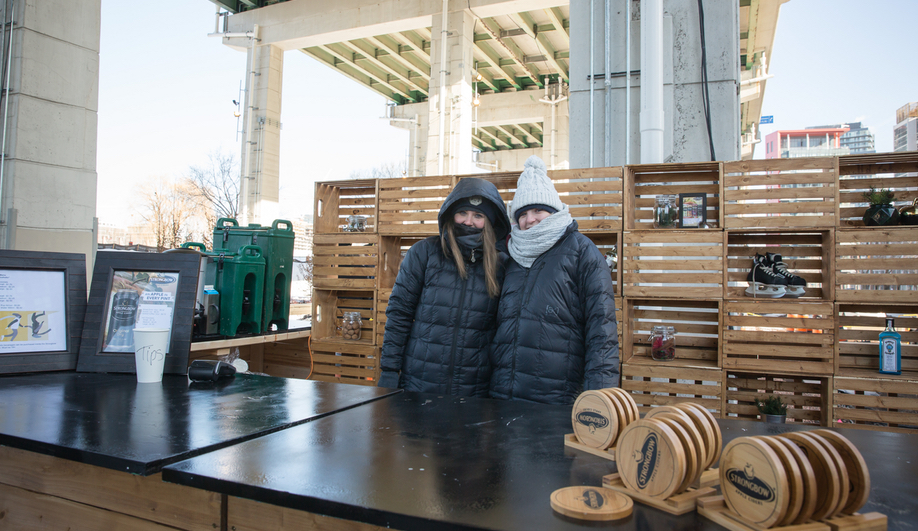 The makeshift vibe is part of the newly minted project’s appeal. Skaters seem more than happy to be taking ownership of their new turf as its being built. Opening The Bentway in various stages might just be its best strategy in endearing itself to the public. It took over two decades for the High Line in New York to become the landmark that it is today. The Bentway is benefitting from Torontonians craving a similar kind of activated park space.