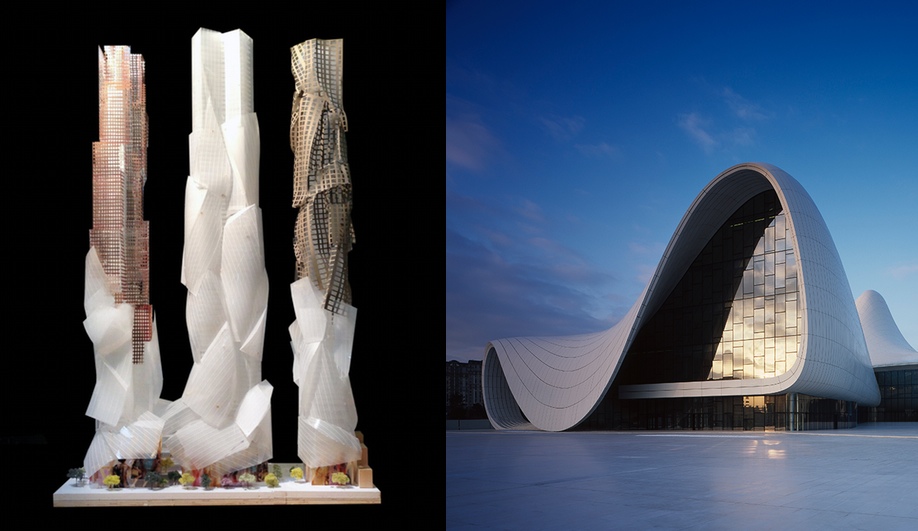 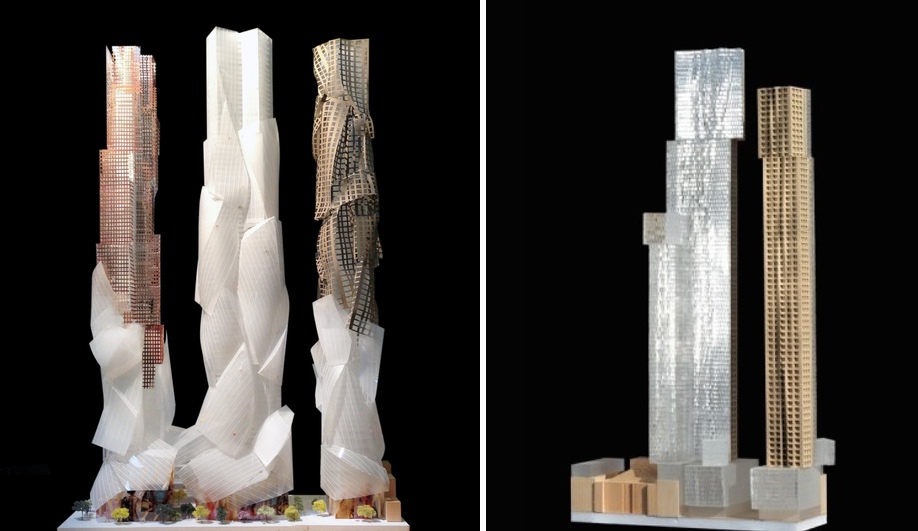 1 Mirvish + Gehry project in Toronto
The Mirvish + Gehry complex in downtown Toronto began in 2012 as an awe-inspiring gathering of three residential skyscrapers, all over 80 stories tall, and surrounded by acres of high-end retail, an art gallery, and a satellite campus for the Ontario College of Art and Design University. It represented the largest mixed-use proposal ever drawn up by the 82-year-old Gehry, who is roundly considered the most important living architect of our times.

While Torontonians were mostly thrilled by its eye-popping ambition, many more were dumbfounded that its developer, art collector David Mirvish, would make way for the project by tearing down five historic buildings, including the Princess of Wales theatre, which his father, Ed Mirvish, opened in 1993. Meanwhile, city planners balked at the over-densification that would cripple public transportation when the estimated 2,790 residents finally moved in. The proposal also appeared devoid of any reasonable amount of public space.

In July, a scaled-down version was given the green light by city officials. “Three towers gave the scheme a sculptural quality,” Gehry told the Toronto Star when the latest iteration was unveiled. “With two, it ain’t there. But now I think it’s more Toronto.” The new vision’s two-tower plan – one reaching 82 storeys, the other 92 – will be home to 2,000 residents; and the Princess of Wales theatre has been saved from the wrecking ball. But some of the magic of the first big reveal two years ago has definitely faded from the plans. The dramatic cascade of sail-like glass and metal cladding that linked the original three towers is now refined to the point of looking more like stacked cubes of ice. Nice, yes. Magnificent? Not really. – Catherine Osborne 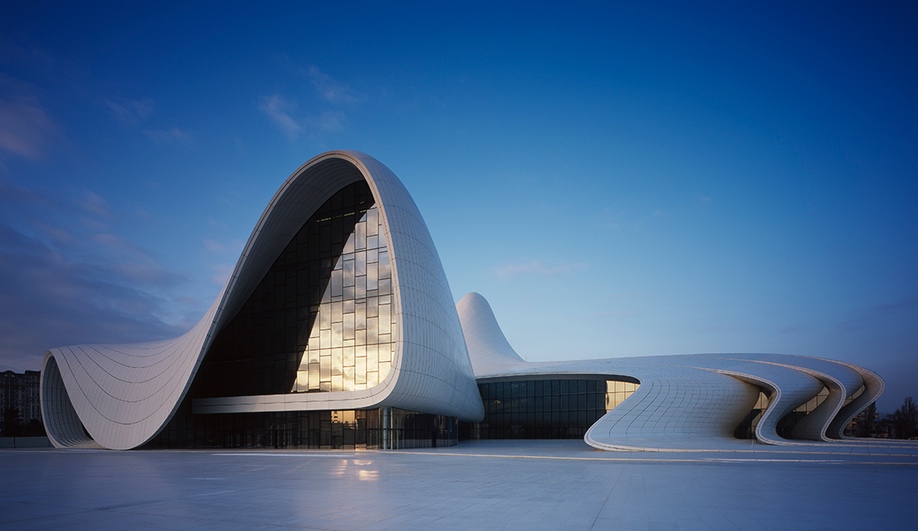 2 Heydar Aliyev Center by Zaha Hadid
Before Zaha Hadid could celebrate her Design of the Year award for the Heydar Aliyev Center in Baku, Azerbaijan, she was already facing a fierce backlash in the press and on design blogs. In presenting the award, the Design Museum called the striking project the “pinnacle moment” in Hadid’s portfolio. Yet many have pointed out that the building’s contractors subjected construction workers to unfair labour conditions, and locals were displaced from their homes to make way for the city’s gleaming new centrepiece.

While other architects are also building in places rife with exploitation (where was this kind of criticism when SOM topped of the Burj Khalifa in Dubai, a region notorious for its abuse of migrant workers?) it seems no architect can attract controversy quite like Zaha Hadid. Take, for example, how she was blamed for obstructed views inside the London Aquatics Centre, despite the Olympic Delivery Authority being aware of the issue before a spade ever broke the ground – and the fact that the centre delivered 3,000 more unobstructed-view seats than the brief required. Or how she was forced to scale down her design for the National Stadium in Japan not because the client was unhappy with it but because a group of Japanese architects took her to task for its gargantuan size. And this was while she also had to deflect observations that her upcoming stadium in Qatar (another ethically problematic location) resembles a vagina.

In her defense, Hadid has stated on more than one occasion that it is not her duty to prevent abuses and deaths that occur during the construction of her projects, saying that the enforcement of safety standards should fall to the local government. This is not the ideal stance, especially at a time when architects are expected, more than ever, to make positive difference in the world. Yet we need to look at the profession as a whole – and not only single out Hadid – when it comes to implementing standards for working in countries with shoddy human rights records. – David Dick-Agnew 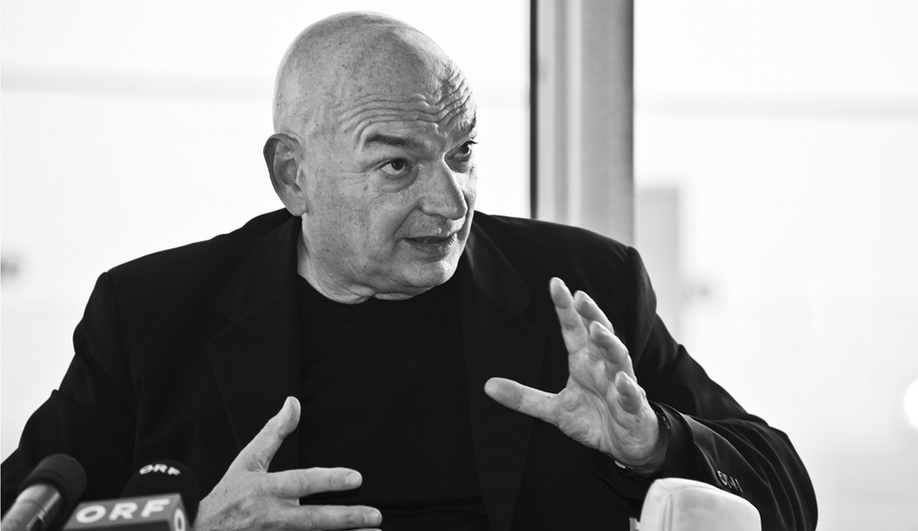 3 Islamic museum in Manhattan (by Jean Nouvel)
In 2010, the very idea of a mosque at Ground Zero inspired the furor of those on the fringe of the American right wing, as well as many a politician, including Rudy Giuliani and Newt Gingrich. The developer behind the plan, Sharif El-Gamal proposed a 15-storey community centre that would also contain prayer spaces. The $100-million project would be the official home of Park51, a non-profit Muslim community centre. El-Gamal wasn’t able to raise enough funds for the project, likely due at least in part to the anti-Muslim sentiment surrounding it, so he abandoned the vision.

Now, he is back with a plan for a museum devoted to Islamic faith, arts and culture. While it is a scaled down version of the original building – at 5,000 square feet and three storeys – and one that de-emphasizes the “mosque,” it is part of a more ambitious plan for the development site. El-Gamal has also purchased property on Park Place for a 39-storey, 48-unit condo tower, designed by Michel Abboud of SOMA Architects, in collaboration with Ismael Leyva Architects. And, again, he is still working on the financing for the entire development.

Whether or not the anti-mosque contingent makes this yet another difficult PR battle for El-Gamal remains to be seen. In his favour is that he has hired Jean Nouvel to design the museum. And, as many have noted, Nouvel’s Institut du Monde Arab in Paris makes him the perfect choice. Renderings have yet to be released, but this project – with its sanctuary for prayer – will test the waters for religious tolerance on a very charged piece of Manhattan real estate. – Elizabeth Pagliacolo