Zaha Does it Again
In Baku, the capital of oil-rich Azerbaijan, the London architect conjures the curvy Heydar Aliyev Cultural Center. 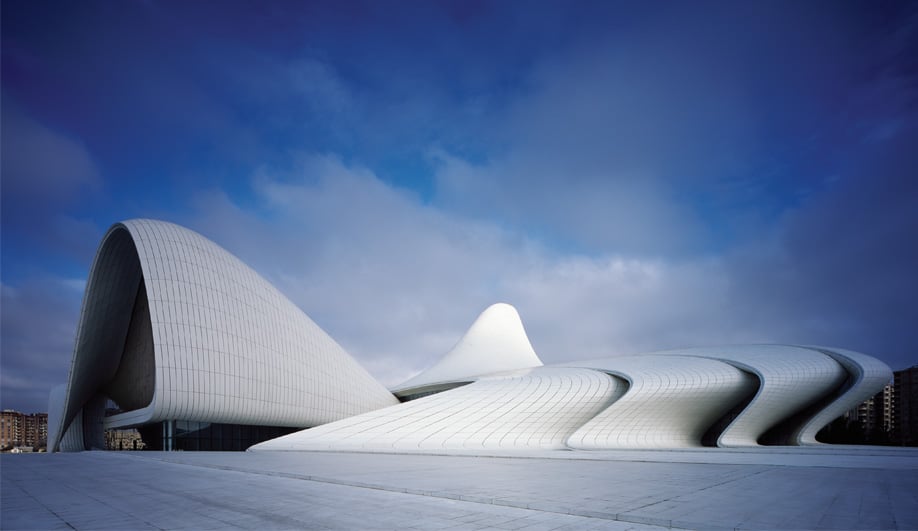 Sprawling some 57,000 square metres, the cultural centre rises in folds from its concrete footprint. 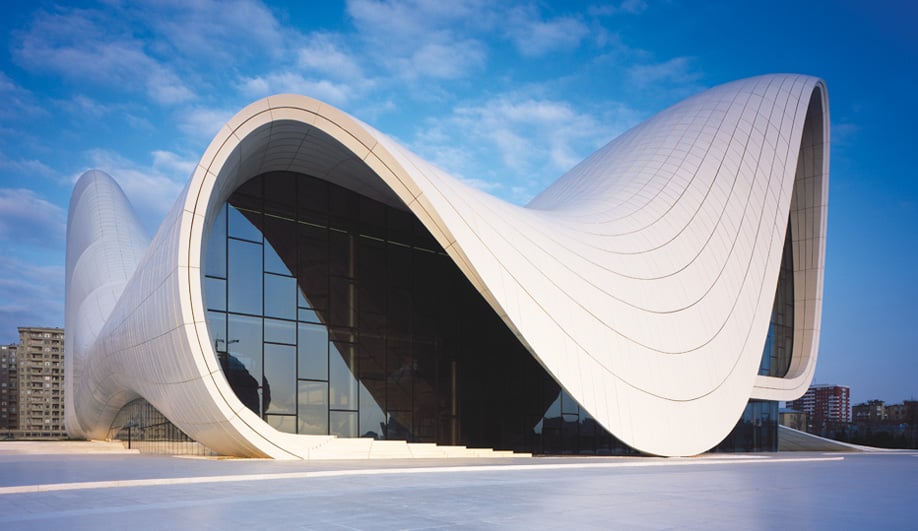 It has been two decades since Zaha Hadid completed her first major commission, the Vitra Fire Station in Weil am Rhein, Germany. All aggressive angles and jutting rooflines, it established her as an international force, not just a hyper-­imaginative paper architect. It also ushered in increasingly expressive projects with which she would wow the world.

The Pritzker Prize winner, and the London-based practice she leads with Patrik Schumacher, have since amassed a portfolio of over a dozen public projects scattered across the globe – including the Lois and Richard Rosenthal Center for Contemporary Art in Cincinnati, the MAXXI Museum in Rome, and the Guangzhou Opera House in China – and almost 50 in the design stage.

Though her buildings stand as undeniable symbols of the age of digital architecture, her imposing structures, some surprisingly angular, others sweepingly contoured, offer entirely new spatial experiences for the people who move through them. 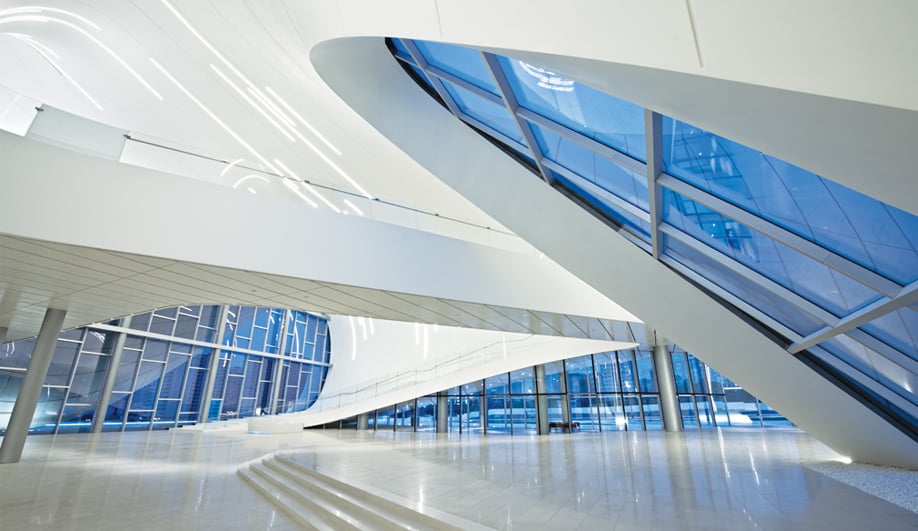 The firm’s latest project completely eradicates the distinction between figure and ground, outside and inside, built and unbuilt. The Heydar Aliyev Center is located on a major thoroughfare that leads from the airport in Baku, the capital of Azerbaijan, to its rapidly developing downtown.

Opened since July, the cultural facility signifies a new era in this oil-rich city, which is attracting a slew of extraordinary buildings. These include HOK’s Flame Towers, completed in 2012, and proposals by the likes of Bjarke Ingels Group and Coop Himmelb(l)au.

Hadid’s 57,000-square-metre building is set atop a rolling, 10‑hectare site of cascading hard surfaces, landscaped areas and reflecting pools, and admits visitors through folds in its continuous outer skin. This sensuous assemblage of overlapping waves, composed of glass fibre-reinforced concrete, houses a library, a museum, a restaurant, meeting rooms and a conference centre. The multi-storey volumes that make up the gleaming white interior are connected by ramps and bridges, emphasizing the sense of movement from one environment to the next. 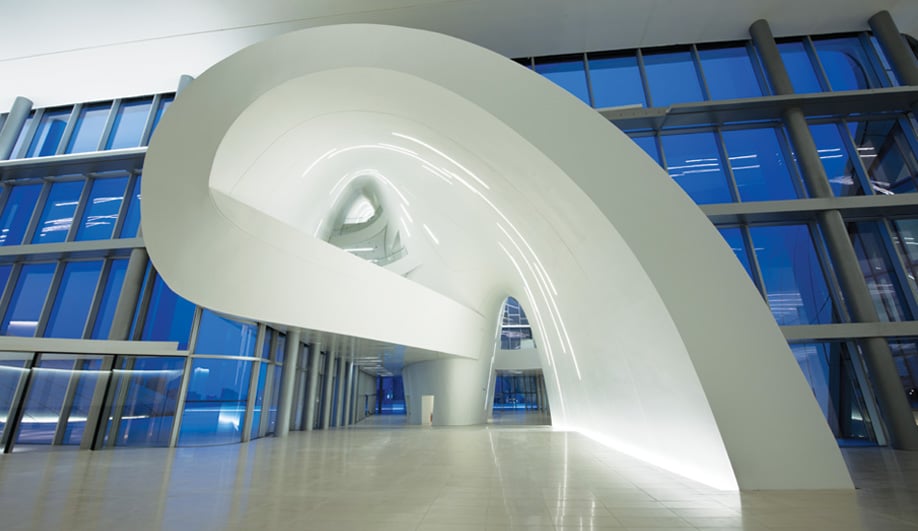 From the exterior, it appears different from every angle, but from all perspectives it is a natural outgrowth of the land itself. “Materiality is one way we merged the landscape and the building,” says project architect Saffet Kaya Bekiroglu, who has been managing the design and construction since 2007. “The ground surface becomes the walls and the roof.”

Unlike many of Hadid’s earlier projects, the complex curves of this building’s shell were achieved using space frame construction, which incorporates glass facades that ride the waves to the roof, flooding the interiors with natural light. Rather than leaving a stylish imprint on the latest region to become a hotbed of development, Hadid has created an entire campus of jaw-dropping indoor and outdoor spaces for the local population to experience and enjoy.