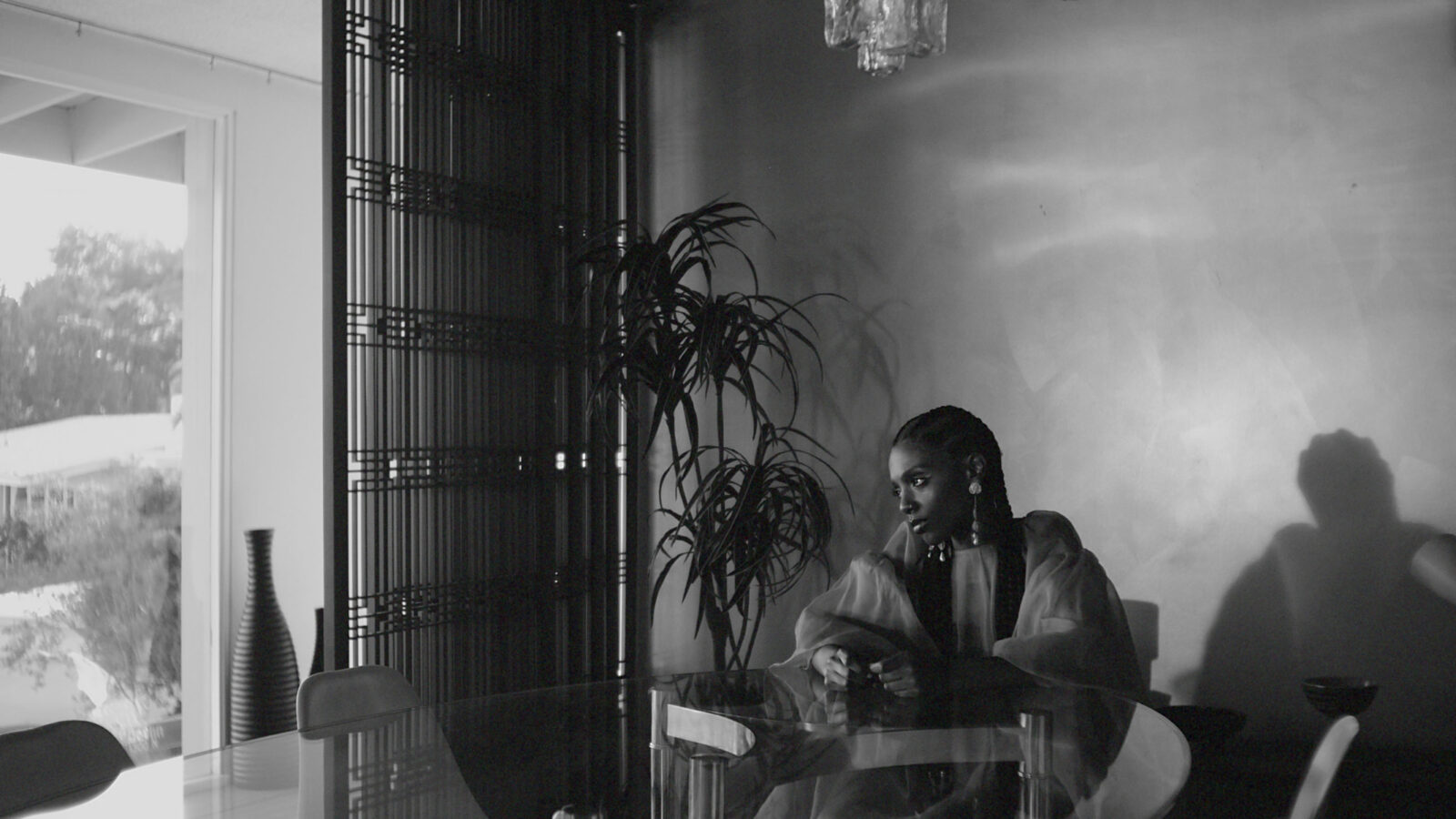 These five music videos – for artists including Mereba, Solange and Khalid – give modern architecture a starring role.

Location is a massively underrated component of what makes a good music video, well, great. With people always looking for the next Instagrammable location, and going to lengths to find them, it’s an understatement to say that unique structures or landscapes greatly assist in crafting memorable videos, especially when directors are able to showcase icons in new ways or to find illustrious hidden gems. Here are five new videos that do both.

U.K. newcomer and recent crossover artist Jay Prince features an iconic Compton structure in the Rohan Blair-Mangat–directed “RUN IT DOWN”. Shot in various locations across Los Angeles, the cinematography captures the grand Martin Luther King, Jr. Memorial outside of the Compton Civic Center Plaza. The elegant memorial was designed by Gerald Gladstone, alongside the civic centre’s architect, Harold L. Williams. Blair-Mangat uses a 360-shot to showcase its hovering white panels as a means to frame Jay Prince as he croons over life and career, allowing viewers to see the memorial from an alternative angle.

In 2016, Solange launched A Seat at the Table, an unapologetically Black body of work that captured the racial tensions of America, while the artist wrote and sang through her feelings of making space for herself and her community. What made the album so iconic were its visuals, which were a mosaic of highly curated movement, design, style and architecture. It goes without saying that her follow-up project, When I Get Home, was granted the same treatment.

When I Get Home is a love letter to the artist’s Texan roots and as her interest in production design grows, she’s finding new and innovative ways to elevate her artistry, particularly by deciding to direct and edit her own videos, like “Almeda.” Standing on the frontiers of breathing life into the Yeehaw Agenda, Solange uses “Almeda”— an homage to Almeda Road, where the songstress is from — to display Black cowboy iconography. But the standout landmark here is the Fort Worth Water Gardens. The tiered pool was designed in 1974 by New York architects Philip Johnson and John Burgee; in Solange’s music video, it’s seen in action surrounded by dancers clad in matching black uniforms.

Dawit N.M’s hauntingly beautiful film for Mereba and J.I.D’s “Sandstorm” is a playground for lovers of modern architecture. It was shot inside of a midcentury West Hollywood home, the contemporary interior design making for a luxe backdrop to the artists’ harrowingly transparent lyrics about the difficulty of communicating with a lover. Mirrors and reflection play a major theme in both the lyrics and “Sandstorm”‘s creative direction, and as a result, the black-and-white video opens with a masterful shot panning up to the majestic mirror on the house’s ceiling.

This funk-infused record by Lucky Daye receives a visual treatment by director child. & DEM. California’s architectural landscapes are on display again, but this time in Malibu. Daye’s mesmerizing vocals complement the beautiful home, with its wood-panel ceiling and gorgeous, towering windows. As the artist swoons – on the colourful tennis court, in the home’s interior and next to a stunning brutalist-style outdoor pool – viewers are also treated to glimpses of the home’s expansive exterior.

Emil Nava’s “Talk” for R&B songbird Khalid is reminiscent of Director X‘s pastel-brimmed “Hotline Bling” video for Drake. “Hotline Bling”‘s aesthetic ethos was heavily inspired by the work of light and space artist James Turrell, and it seems as though Nava may have taken some notes. An ode to minimalism and sharp white lines, “Talk” also boasts massive, doll-house like cubes, where Khalid and friends are seen dancing. With a conservative approach to props – albeit the plush furniture displayed throughout – the large white squares allow the vibrant colours and illuminating light fixtures to become the focal point.

These five music videos – for artists including Mereba, Solange and Khalid – give modern architecture a starring role.