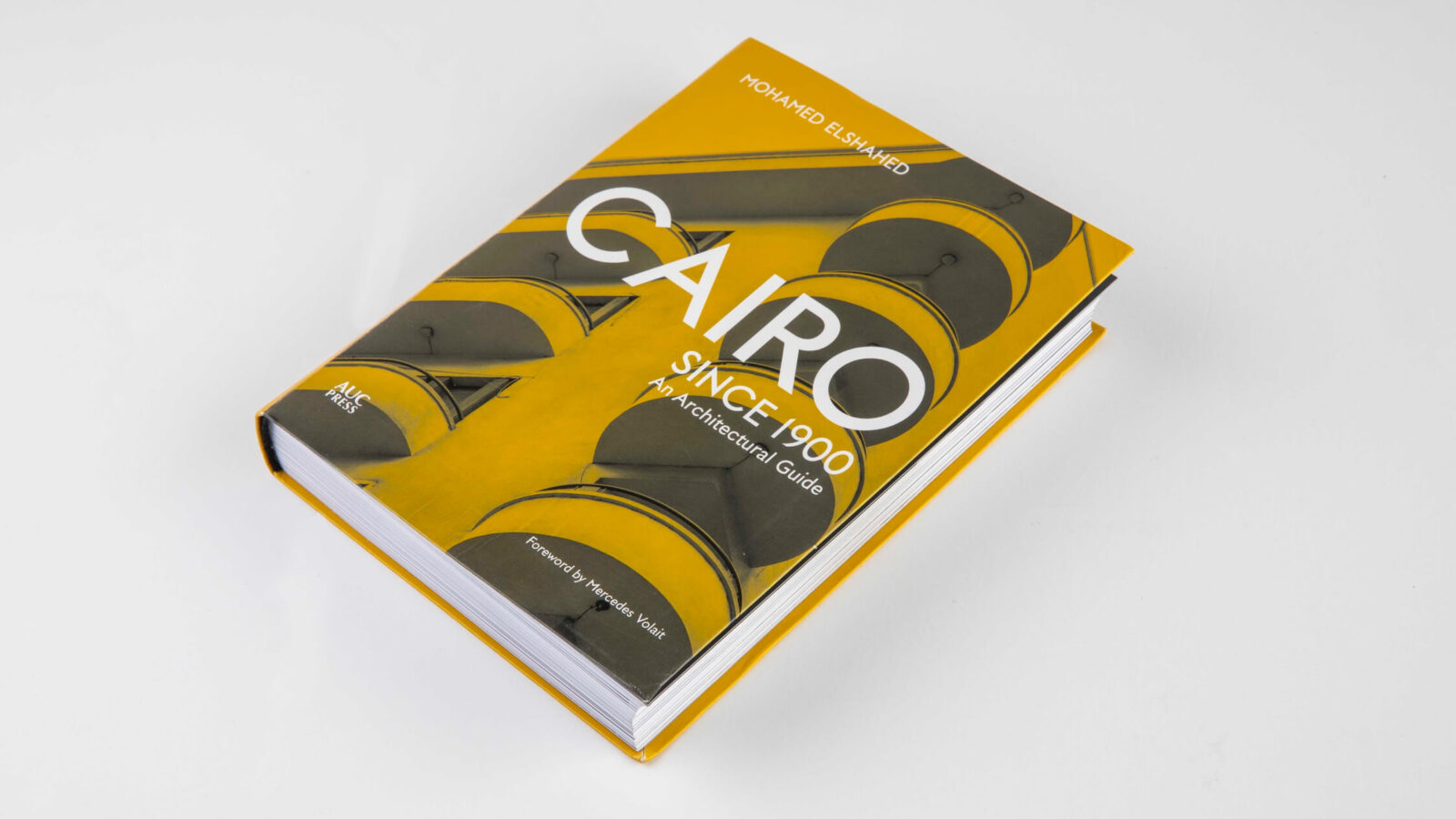 If there’s a silver lining to self-quarantine, it’s the opportunity to (finally) tackle your bookshelf. Here’s what we’re reading.

The Japanese have a word for it: tsundoku, which is used to describe an all-too-common affliction — the acquiring of reading materials that are then allowed to pile up unread. It’s a condition — paired with a lingering feeling of guilt — that’s intimately familiar to the editors of Azure. But if there’s a silver lining to this period of physical distancing and self-quarantine, it’s the opportunity to finally confront that bookshelf (or bedside stack). Here are eight of our top reading picks for architecture and design lovers. 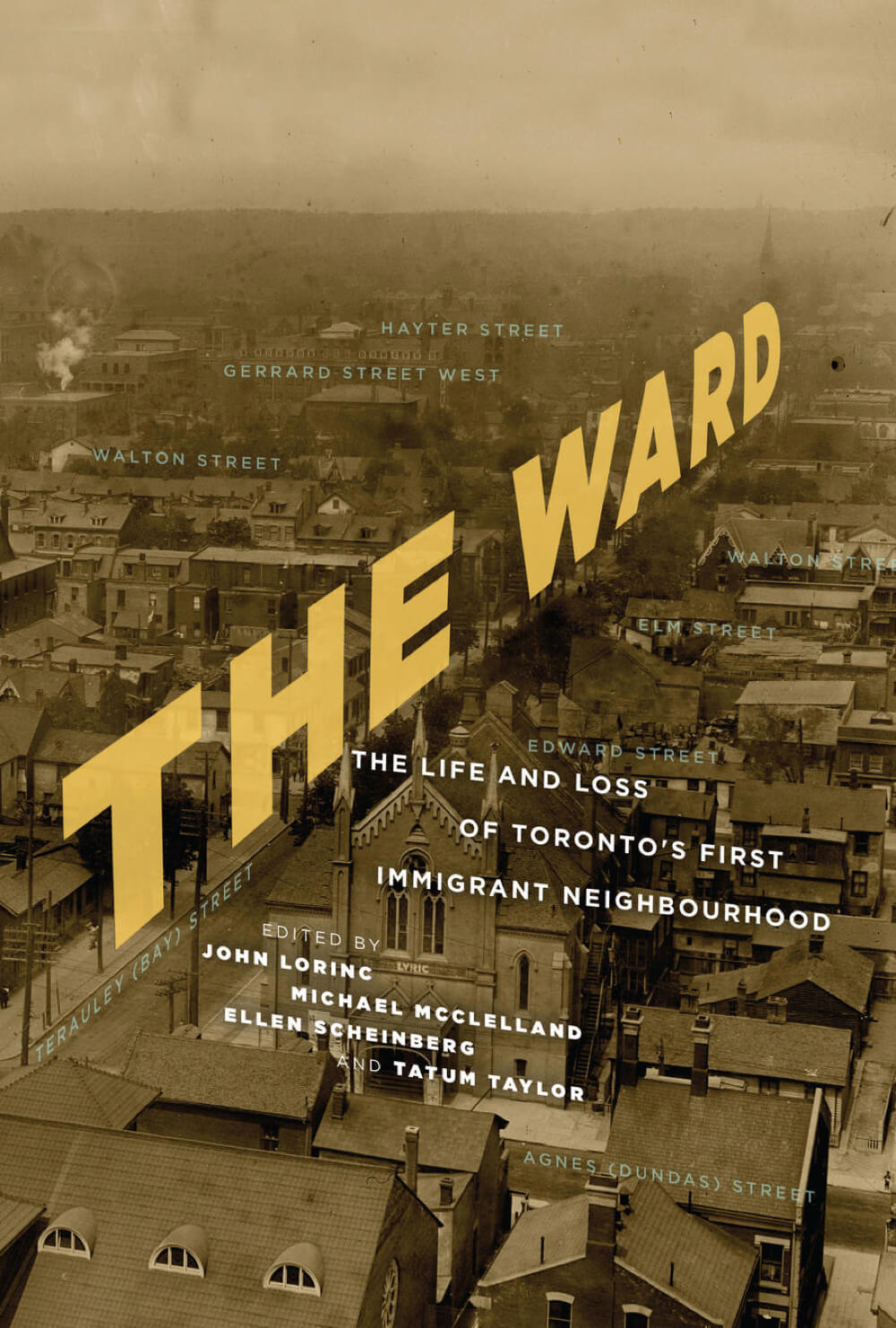 Having been in self-isolation for almost two weeks, it is difficult to recall what the Toronto district bounded by Queen and College, Yonge and University looks like today — let alone try to imagine what it was like when it was known, from the mid 1800s to the mid 1900s, as The Ward. Thankfully, this beloved book (which was also reinterpreted as a cabaret) is redolent with vibrant vignettes by numerous writers who thoughtfully illuminate this dynamic era. “Here was a complex neighbourhood already characterized by enthno-cultural diversity, crushing poverty and upward mobility, as well as the presence of sturdy institutions that claimed to be acting in the best interest of the area’s inhabitants,” John Lorinc, one of the editors (and an Azure contributor), writes in the intro.

The Ward was where the poorest immigrants co-existed, toiling in sweatshops, establishing laundries, restaurants and saloons, living in overcrowded cottage houses and “rear houses” in conditions that the then–medical health officer, Charles Hastings, compared to Europe in the Middle Ages. But it was also where culture flowered: sculptor Merle Foster had her studio here, the first Little Italy and Chinatown sprang up in the area, Ernest Hemingway hung out at Glionna’s Hotel, Mary Pickford started her acting career in the children’s theatre and the synagogues, Presbyterian churches and Methodist Episcopal churches all gathered in their flocks. This entire history was ignored, of course, in the 1960s, when the city expropriated the land to make way for the downtown core we know today. This little book keeps it alive. — Elizabeth Pagliacolo

2
Ballpark: Baseball in the American City by Paul Goldberger 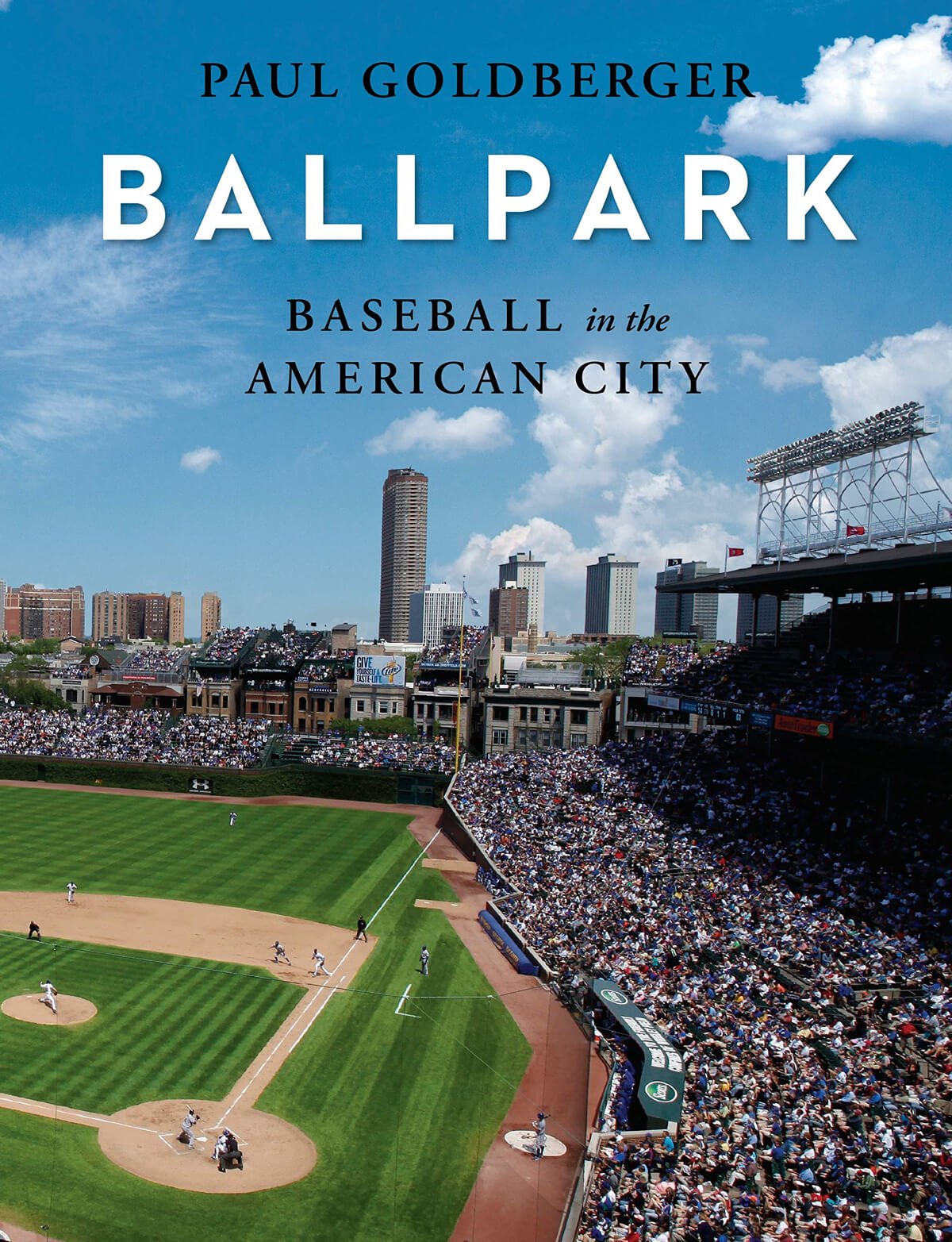 From Fenway Park in Boston and Detroit’s (now demolished) Tiger Stadium to Wrigley Field in Chicago and Baltimore’s relatively recent Camden Yards, the United States’ ballparks are as iconic as the sport itself. With Ballpark: Baseball in the American City, a great read for architecture enthusiasts, sports fans and history buffs alike, Pulitzer Prize-winning architecture critic Paul Goldberger charts the legacy of America’s favourite pastime from the position of the fields it’s played on. Telling the story “of an extraordinary building type, and what it has meant for both the sport of baseball and for the architecture of the American city,” Goldberger explores how baseball fields have moved from the outskirts into downtown cores, and how intimately connected these urban monuments have been to infrastructure, the growth of public transit and the evolution of building materials and engineering. He also examines how integral they’ve been for community engagement. A nostalgic look at the development and expansion of the game to boot, this book will help fill the void until the first pitch of the 2020 season is finally thrown. — Kendra Jackson

3
Cairo Since 1900: An Architectural Guide by Mohamed Elshahed 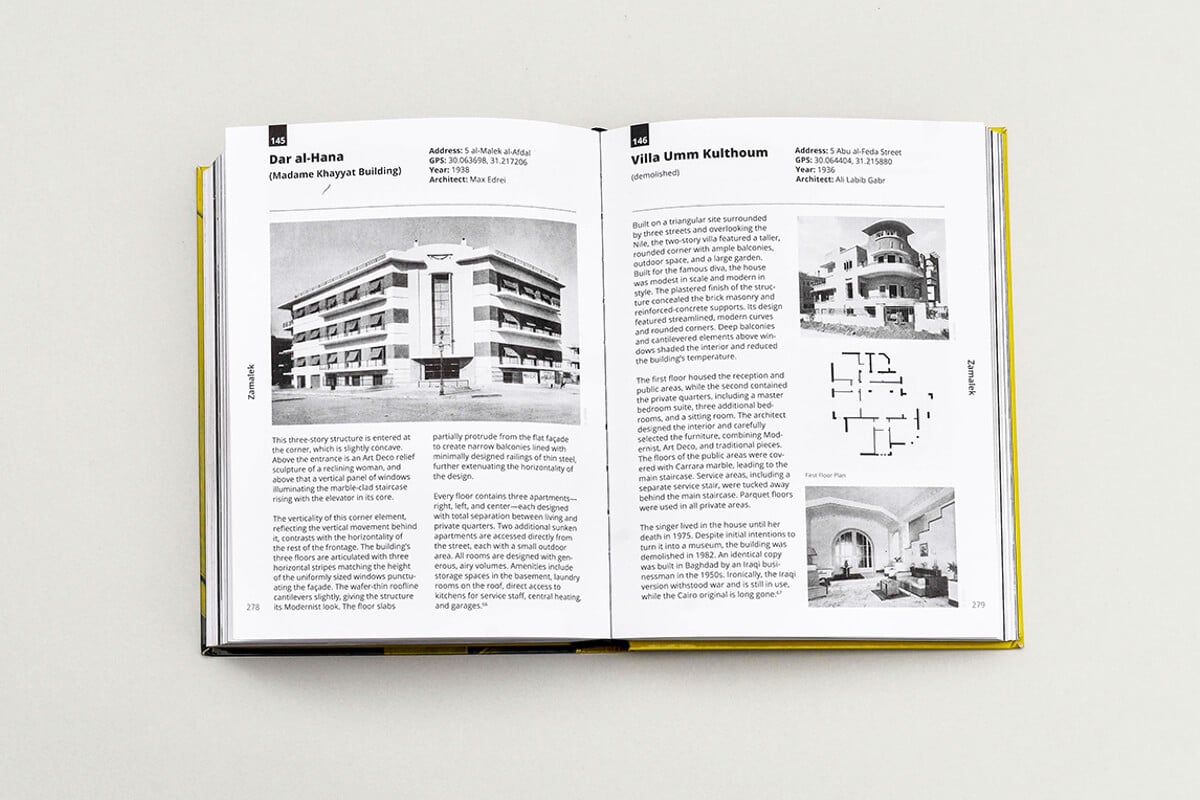 Famous for its pyramids and other ancient wonders, Egypt probably isn’t the first place that comes to mind when you think of modern architecture. But as researcher and curator Mohamed Elshahed shows in this handsome illustrated guide published by the American University of Cairo Press, the country’s sprawling capital is also a rich trove of modernist and contemporary building styles. Containing entries for more than 200 sites and structures, the book covers territory from Al-Azhar Park (a 30-hectare oasis completed in 2004 by Sites International and Sasaki Associates) to Zamalek (home of iconic Cairo Tower, with its concrete latticework skin). For the housebound archi-tourist (and that’s most of us right now), it’s the next best thing to a ticket to Cairo International Airport (yet another impressive structure, originally designed by Mustafa Shawky and Salah Zeitoun, featured in the guide). — Danny Sinopoli

4
The Design of Childhood by Alexandra Lange 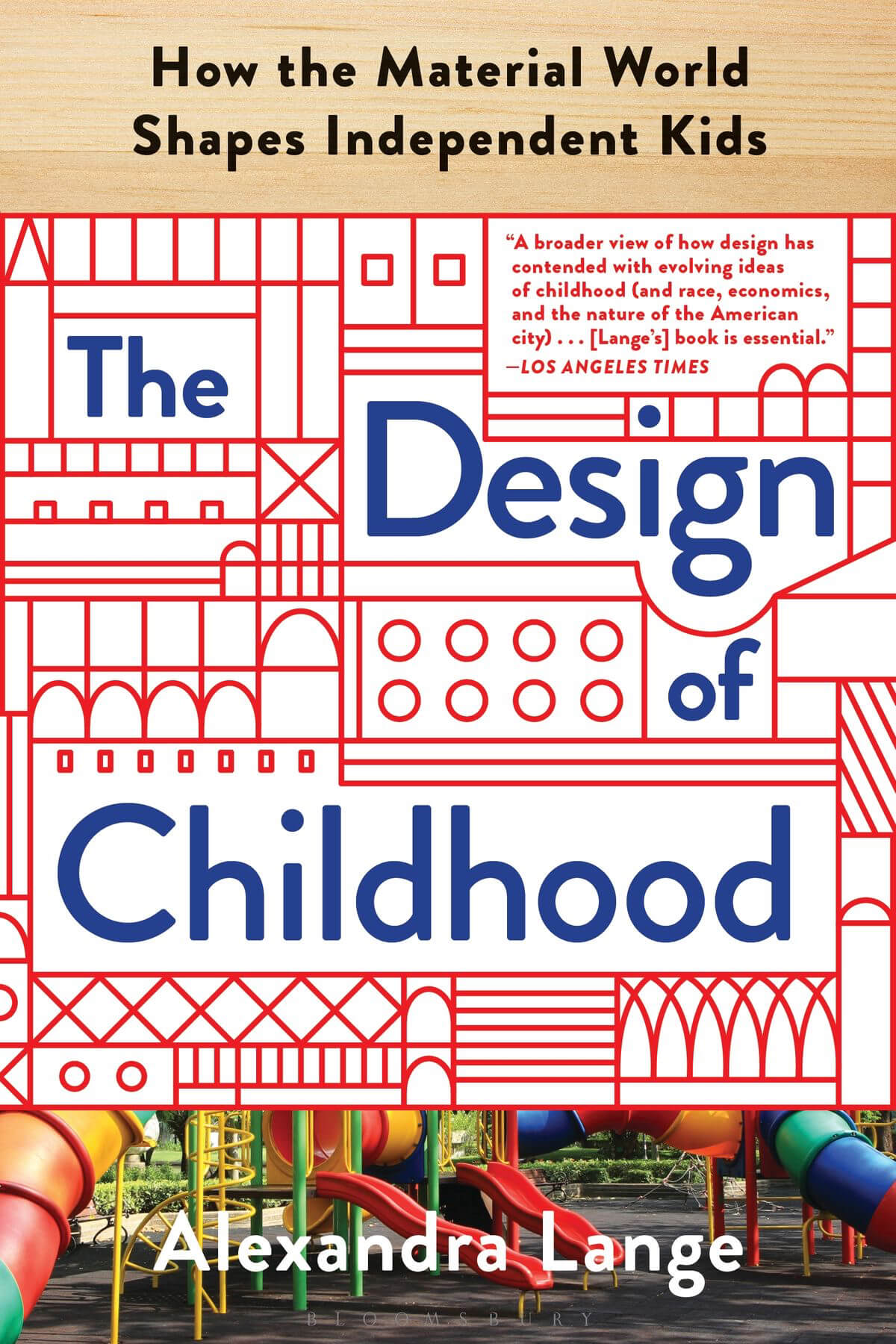 Blocks. Houses. Schools. Playgrounds. Cities. These are the five themes — and the five chapters — of Alexandra Lange’s The Design of Childhood, which offers a vital exploration of how the built environment shapes us from infancy. From explorations of the pedagogical theories that influence the design of toys and playgrounds to an investigation into why rows of desks predominate classrooms, the book filters a wealth of surprising insights through Lange’s uncommonly sharp (yet approachable) critical writing. Along the way, Lange astutely weaves together a narrative about the evolution of our cultural understanding of childhood. In an architectural discourse still too dominated by older white men, the book also invites a much-needed re-examination of what ought to be considered “serious” design. This is a must-read — which I’ve finally gotten around to reading. — Stefan Novakovic 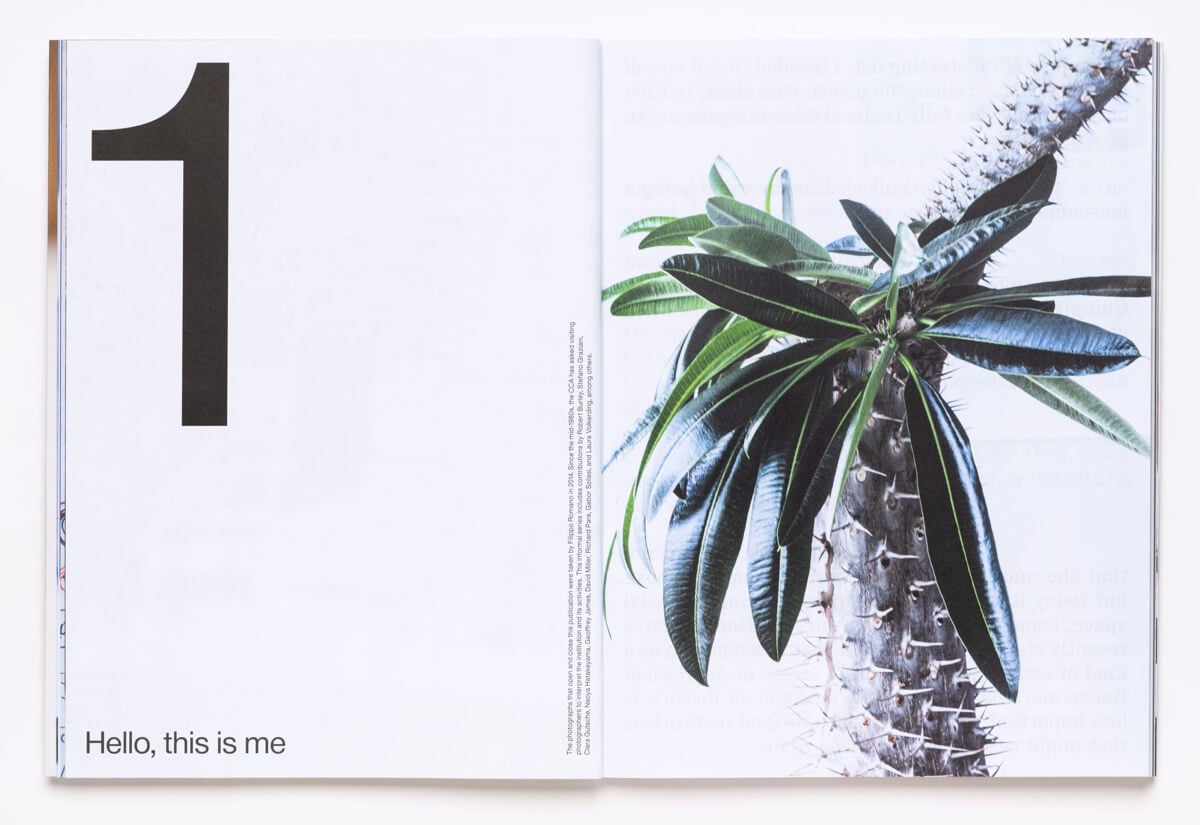 The Museum is Not Enough. It’s both a provocative statement and the title of a bold new publication (the first of a planned series) from the Canadian Centre for Architecture. Part catalogue of the institution’s curatorial activity, part manifesto, its 200 pages are filled with backroom conversations, first-person accounts and hyper-self-aware musings about the role of places like the CCA in today’s cultural milieu. As institutions around the world have abandoned their physical outposts for the time being in the wake of COVID-19, the publication reminds that “architecture is a way of reading and redefining the present.” — Evan Pavka

6
Design as an Attitude by Alice Rawsthorn 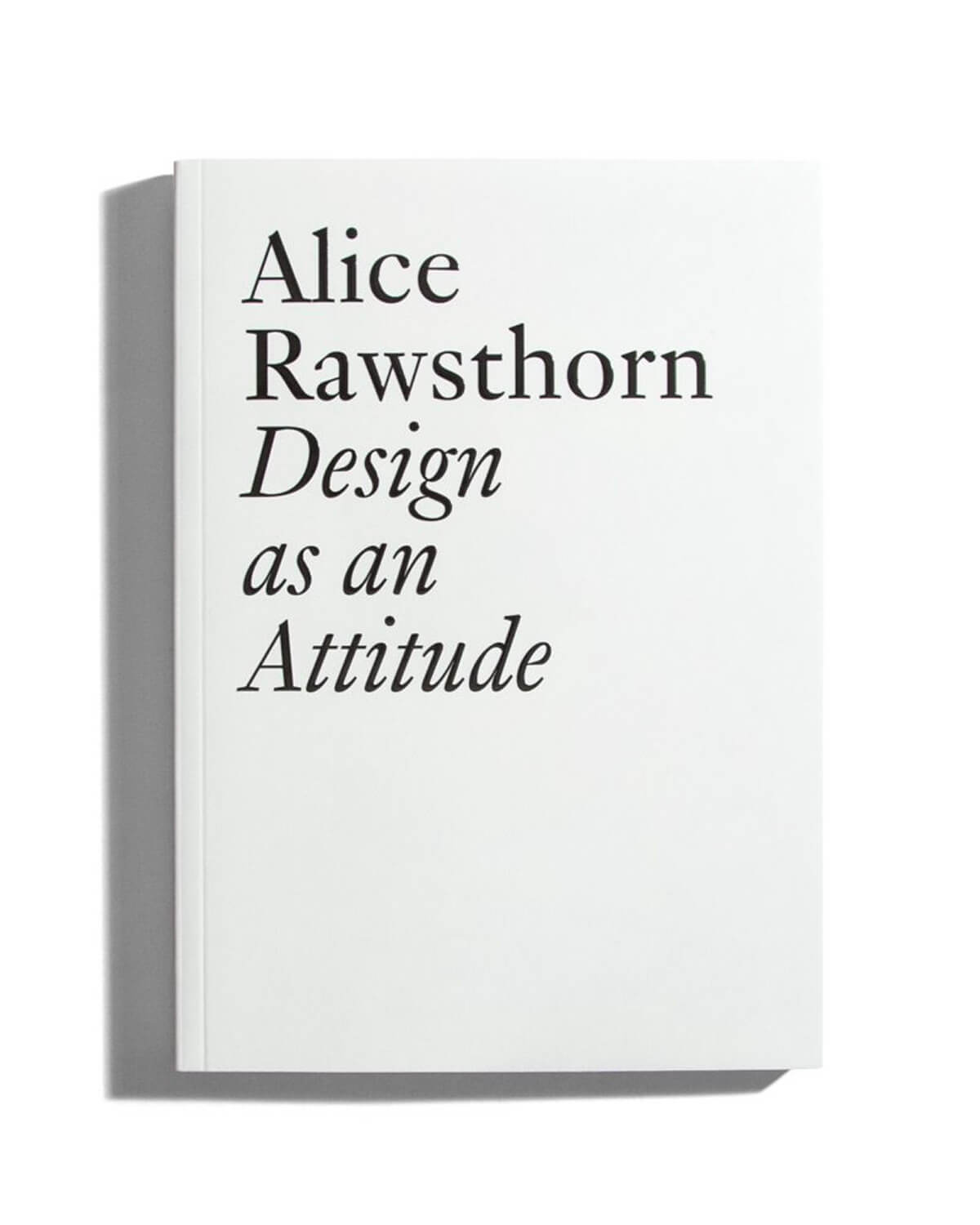 “Designing is not a profession but an attitude,” Hungarian painter, photographer and Bauhaus professor László Moholy-Nagy once asserted. Borrowing from this thesis, Alice Rawsthorn’s latest book Design as an Attitude argues that “his concept of design as an attitudinal or improvisational discipline, steeped in experimentation, is a defining force in design today.” In deftly charting the ways contemporary creatives negotiate new technologies, economies and political realities, Rawsthorn gives weight to Moholy-Nagy’s claim while offering a compelling look at how design can help shape the world for the better. — Evan Pavka 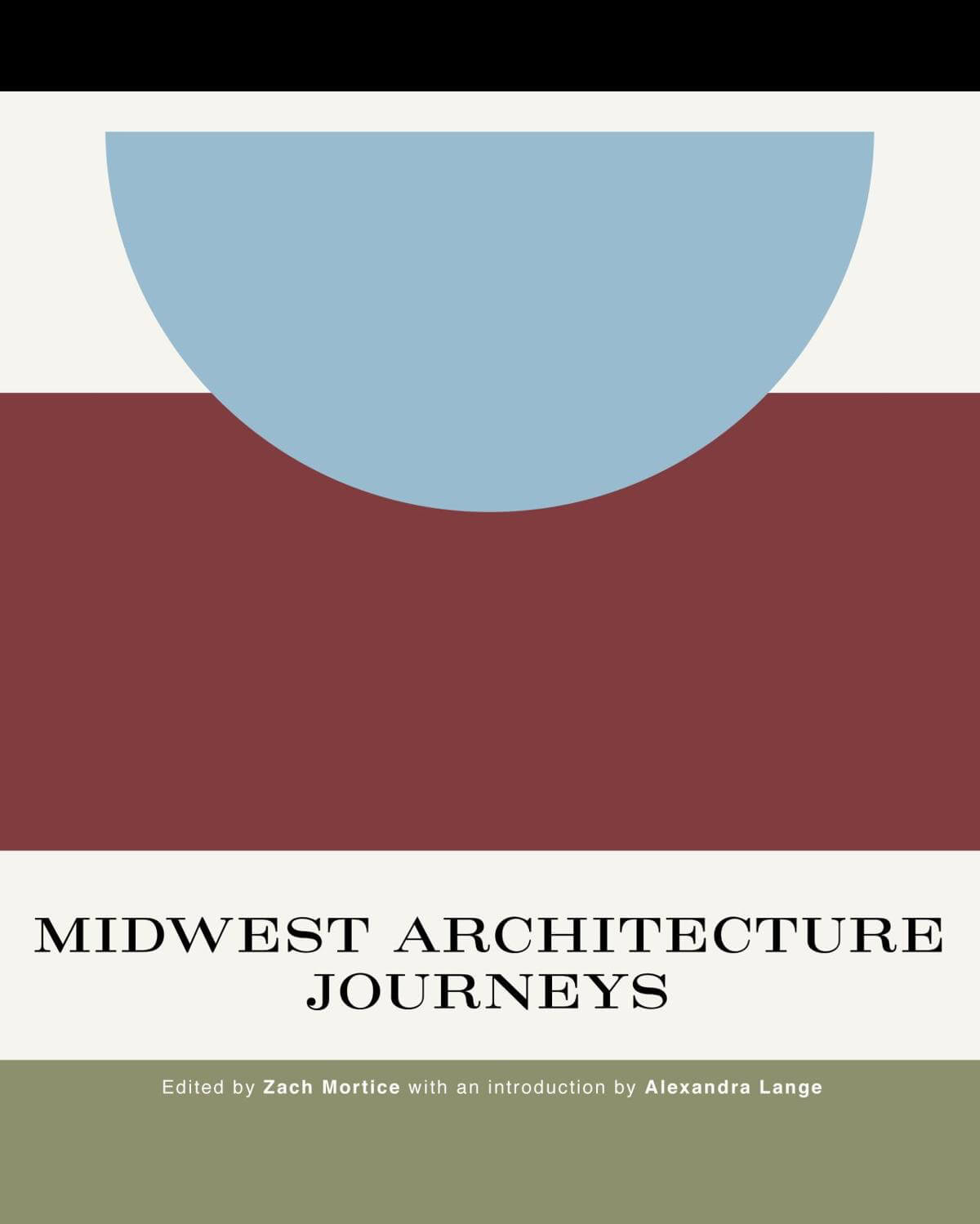 What exactly is Midwestern architecture? The Midwest is a swath of the United States — Iowa, Illinois, Indiana, Michigan, Minnesota, Missouri, Ohio, Oklahoma, Pennsylvania and Wisconsin — that encompasses everything from the Chicago skyscrapers of Louis Sullivan and Bertrand Goldberg to however many Frank Lloyd Wright villas, not to mention the seemingly endless number of grain silos dotting America’s breadbasket. But the diversity is much of the fun. In a refreshingly inclusive — and bold — approach to expanding the architectural canon, this anthology includes all of the above. And why not? As any good Midwestern road trip proves — and plenty are included in the book — a grain silo can define the landscape as a work of architecture, with or without the signature of an architect. — Stefan Novakovic 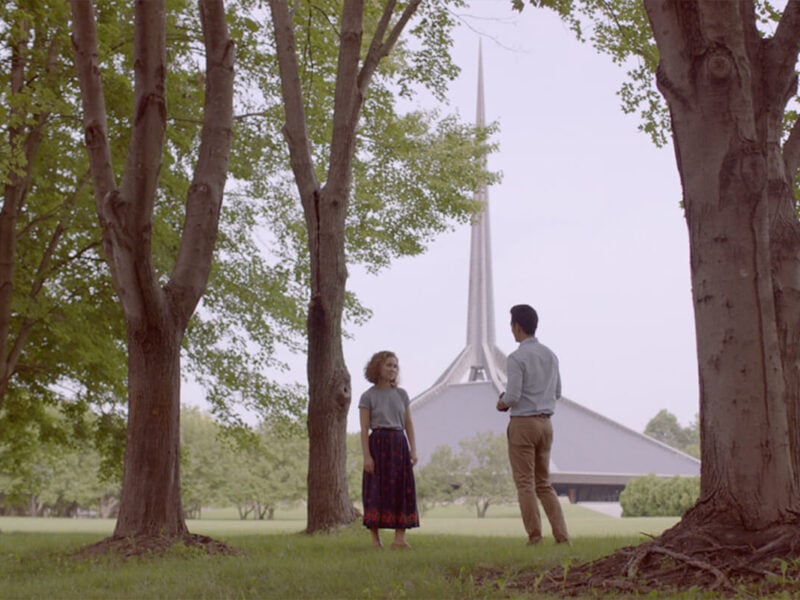 10 Streamable Titles for Design Lovers in the Age of Social Distancing
These must-watch films, documentaries and shows offer vital insight into the design world – even in the era of self-quarantine.
Read More 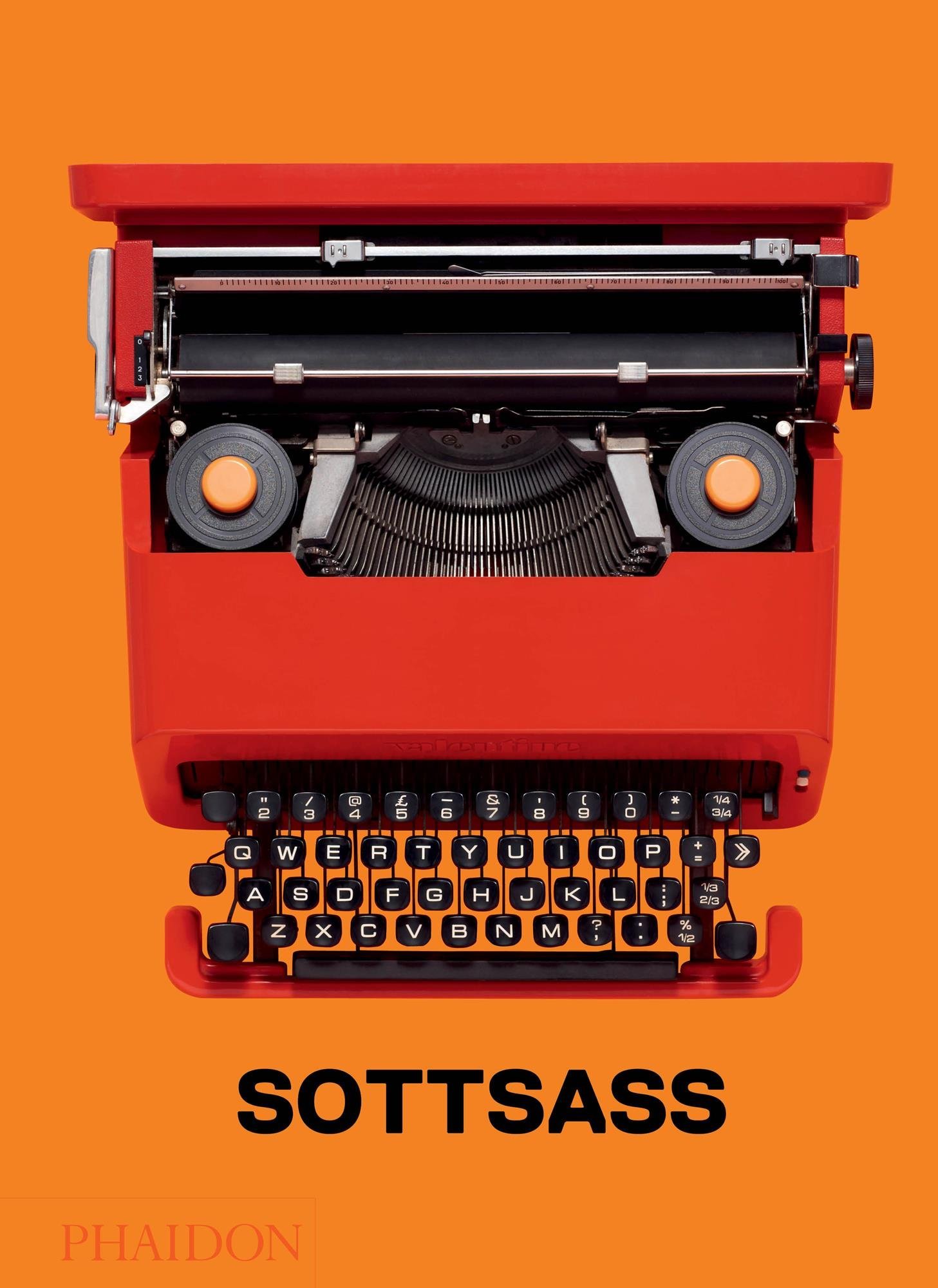 Phaidon’s Ettore Sottsass monograph is a joy to crack open. But it’s also so precious that I usually keep it where others can’t get their sticky fingers on it. Now, then, is the perfect time to bask in it. In all seriousness, this is a full-force biography that charts the maestro’s life before, during and after Memphis in an exuberant package designed to reflect his idiosyncratic voice. The 500-page tome integrates written and visual storytelling on various kinds of paper stock: His drawings are replicated on pages that feel like they were taken from his notepads and tucked into this book, his pomo wallpaper graphics are inserted like swatches. It’s a big-hearted ode to an exceptional life — the dude was famous outside of the design world and hung out with the likes of Pablo Picasso, Max Ernst and Bob Dylan — bursting with so much of the optimism that is needed right now. — Elizabeth Pagliacolo

If there’s a silver lining to self-quarantine, it’s the opportunity to (finally) tackle your bookshelf. Here’s what we’re reading.