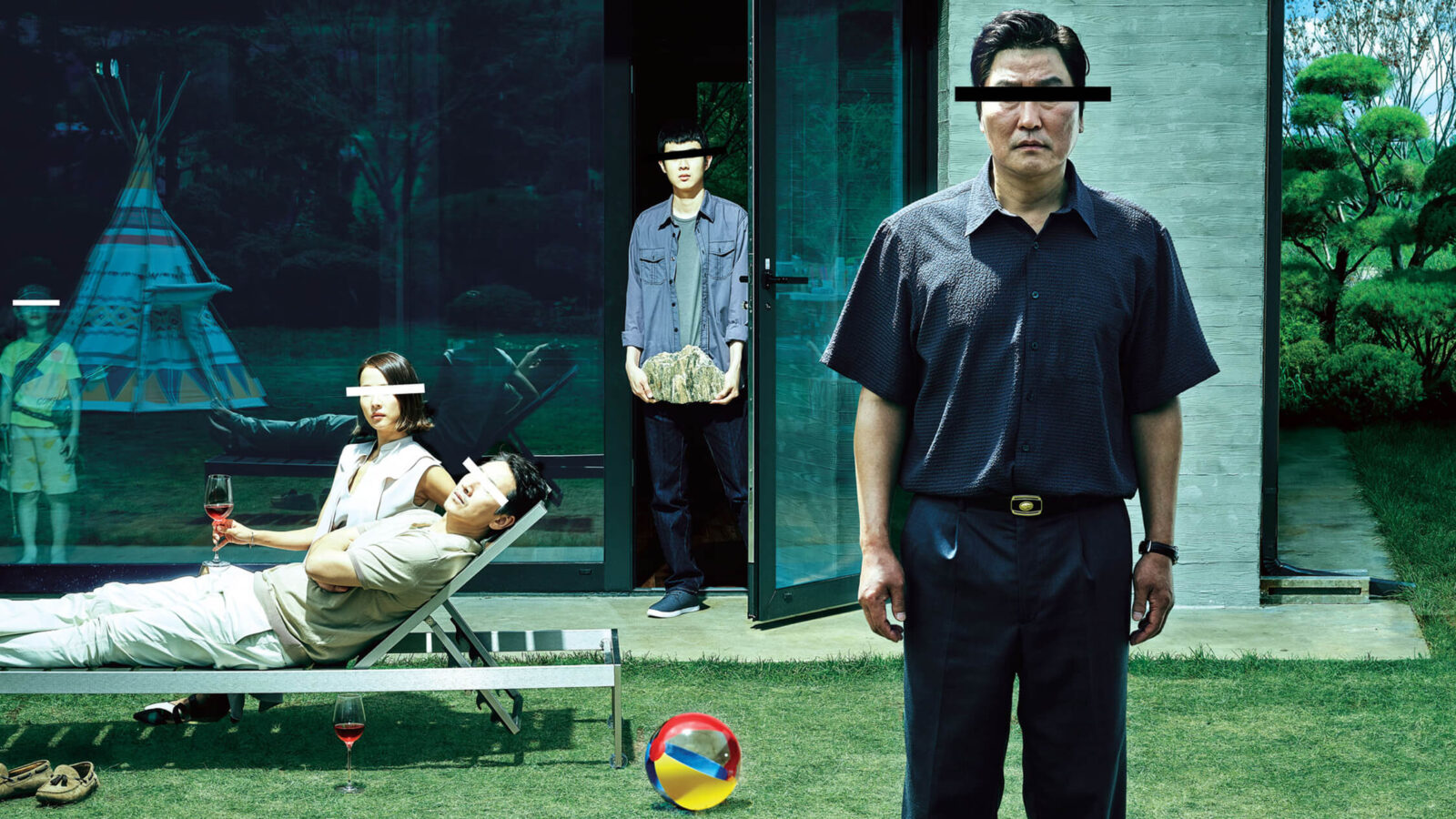 These must-watch films, documentaries and shows offer vital insight into the design world – even in the era of self-quarantine.

“Stay Home.” It’s the message from countless healthcare professionals and political leaders the world over, and our best strategy to slow the spread of COVID-19. Though the impact of the novel coronavirus is already felt across the global cultural sector — from museum closures to the widespread cancelation of conferences and design expos — following the directives of the World Health Organization does not mean distancing ourselves from all human connection. As we adjust to the “new normal” of spending more time in the great indoors, we’ve rounded up 10 must-see feature films, documentaries and television series that offer glimpses into everything from Japanese residences and American urban landscapes to unsettling doll-houses and the minds of visionary thinkers. Here are our picks for design lovers in the era of social distancing and self-quarantine. 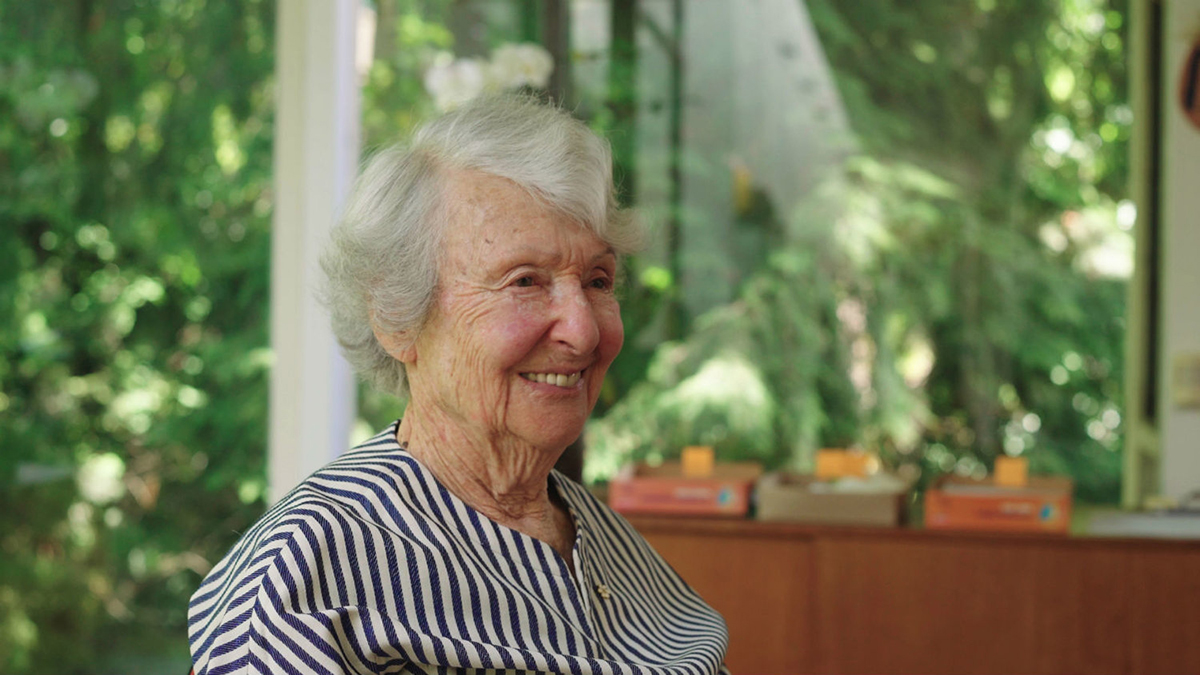 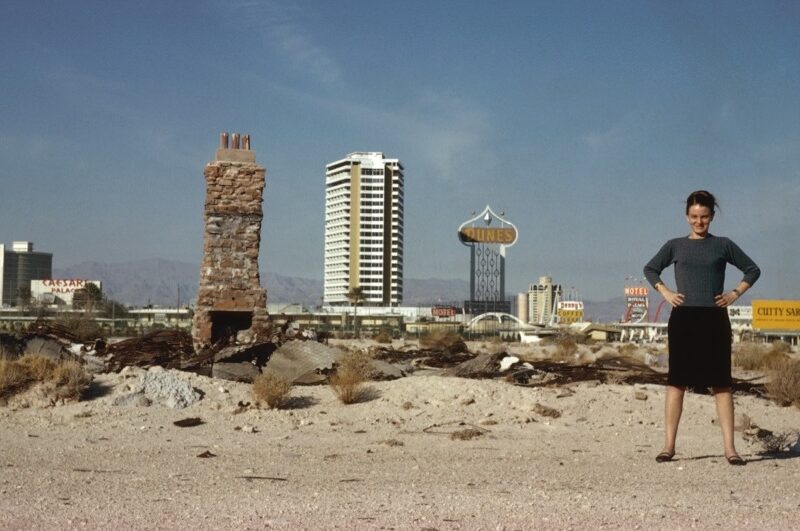 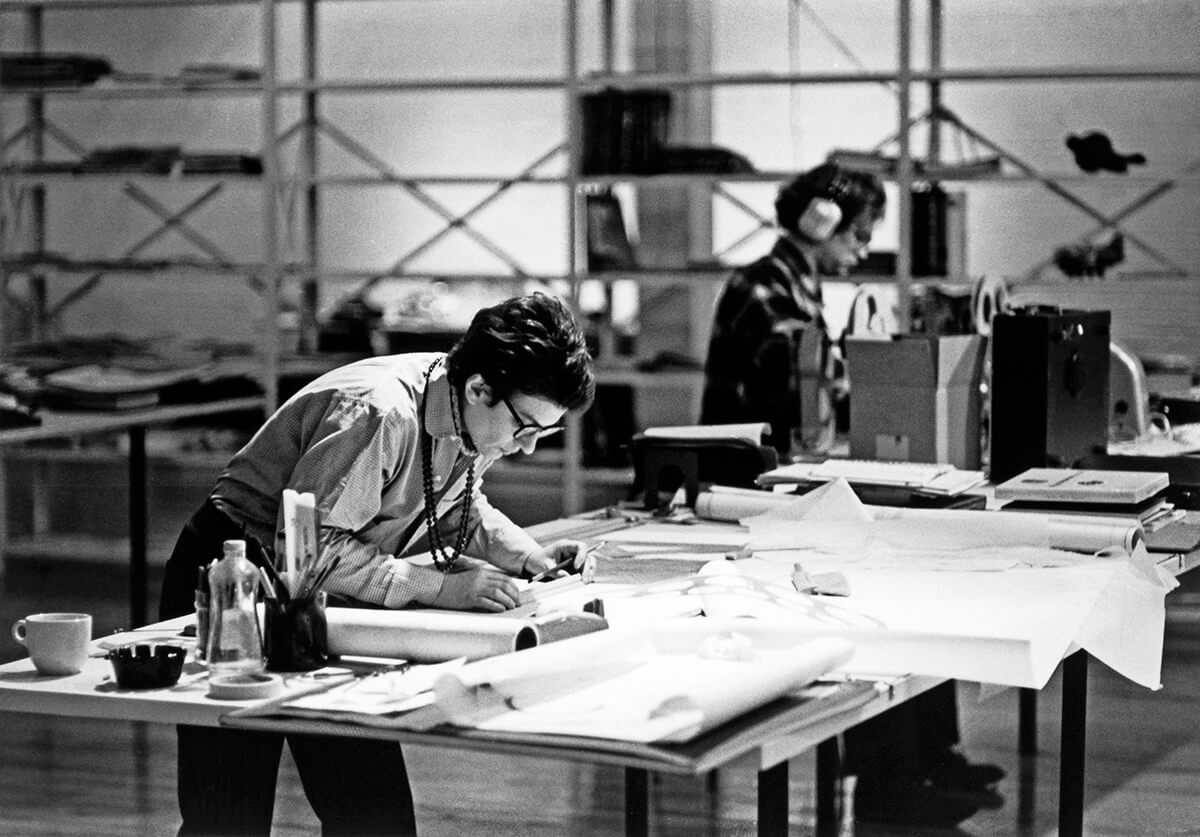 According to the director, the film is “is above all inspired by what has united these four women throughout their careers: the ‘dream’ of a fundamentally human and inclusive city.” Though many urban centres across the globe have temporarily extinguished the vibrancy that animates their streets, the documentary is a vital celebration of the often unseen figures who continue to shape our cities for the better.

Available to stream on The National Film Board of Canada. 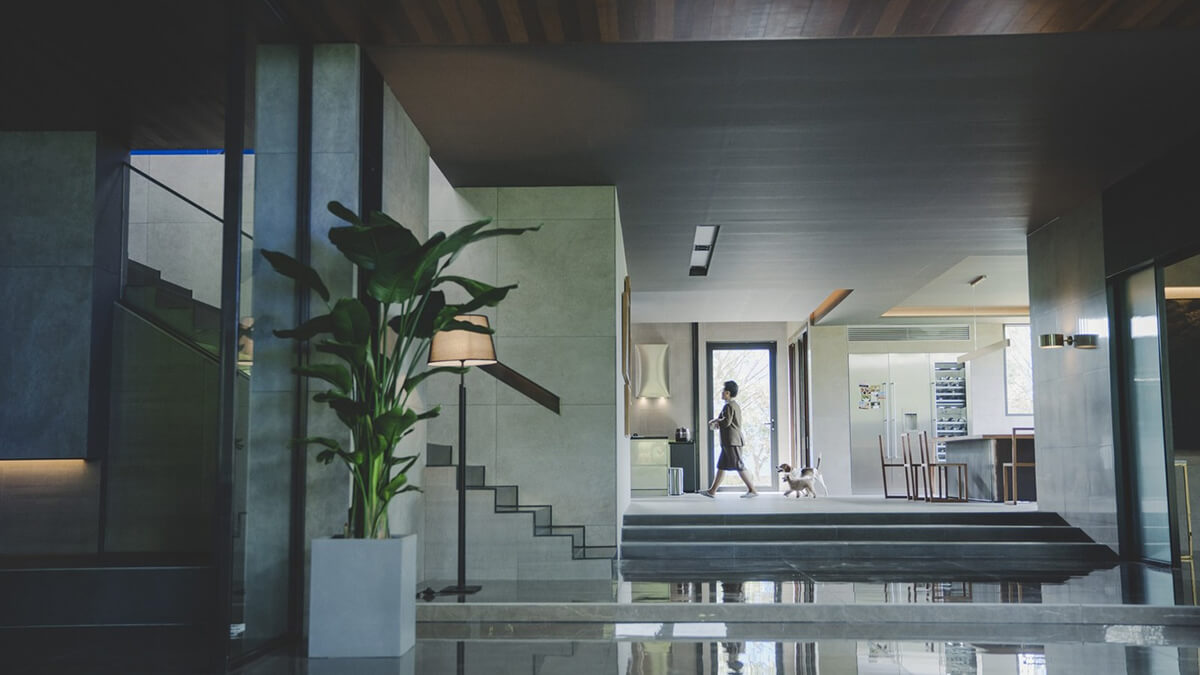 Having swept the 92nd Academy Awards, Parasite, the seventh film by Korean director Bong Joon-Ho is as much a tale of architecture as class struggle. Playing out largely between the wealthy Park family’s modernist residence and the destitute Kim family’s subterranean home, the on-screen domiciles were built specifically for the film by production designer Lee Ha-joon, serving as an extension of the simultaneously comical and sinister narrative.

Spoiler Alert: Behind the glass spans, sprawling interiors and exacting details of the Park home lays a material and metaphoric bunker and stairway – both architectural analogies to the issues of wealth, power and class divides addressed in the feature’s 132-minute run.

With an all-star cast featuring Olivia Coleman, Rachel Weisz, Emma Stone and Nicholas Hoult, 2018’s The Favourite deftly mixes drama and black comedy in an 18th-century English setting. Following the plights of Queen Anne (Coleman), her advisor and consort (Weisz) and a determined royal upstart (Stone), the tale of love, betrayal and power is framed by the distinct ensembles crafted by costume designer Sandy Powell. 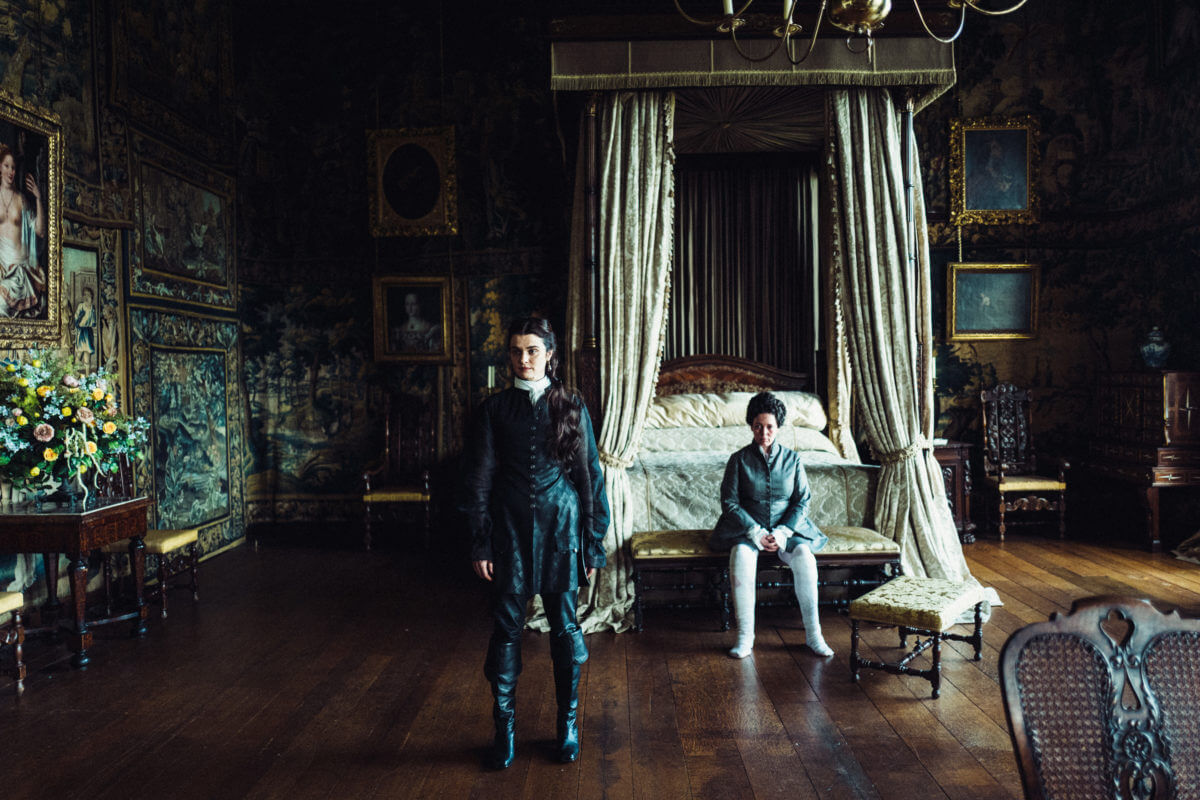 Powell’s punk-inspired reimaginings of royal regalia (constructed on a tight budget in just under six weeks) utilize found materials like second-hand jeans and laser-cut leather. While Coleman received the Academy Award for Best Supporting Actress for her turn as the monarch, Powell’s work was also nominated in the Fashion category of the Design Museum’s 2019 Beazley Designs of the Year award.

Available to stream on Crave. 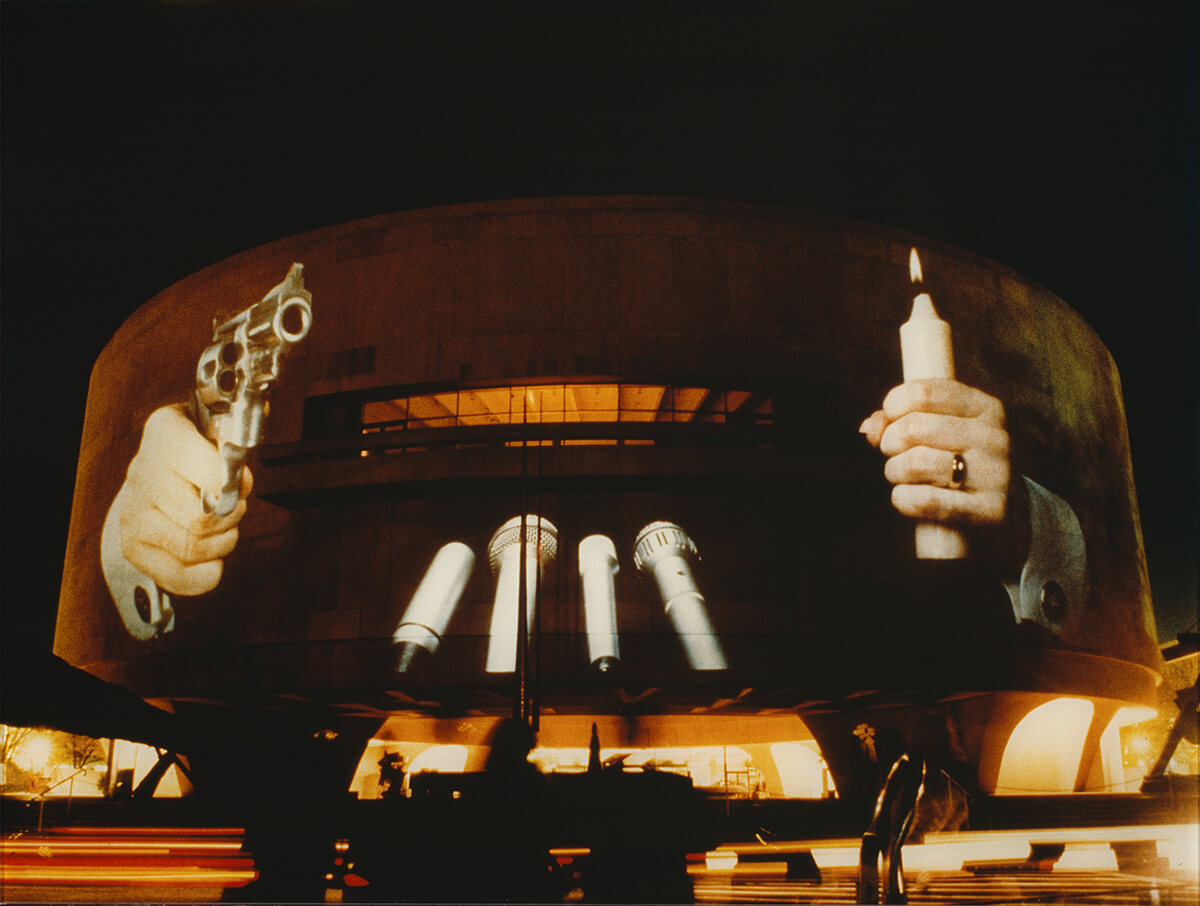 From London to Turkey, documenta to the Venice Biennale, Polish artist and Harvard Graduate School of Design Professor Krzysztof Wodiczko has been activating buildings with large-scale slide and video projections for over three decades. This feature-length documentary from 1991 follows the pioneering artist and his oeuvre-defining works – which address social violence, colonialism and systems of power – as he continues to shape public space with light and moving images.

Available to stream on The National Film Board of Canada. 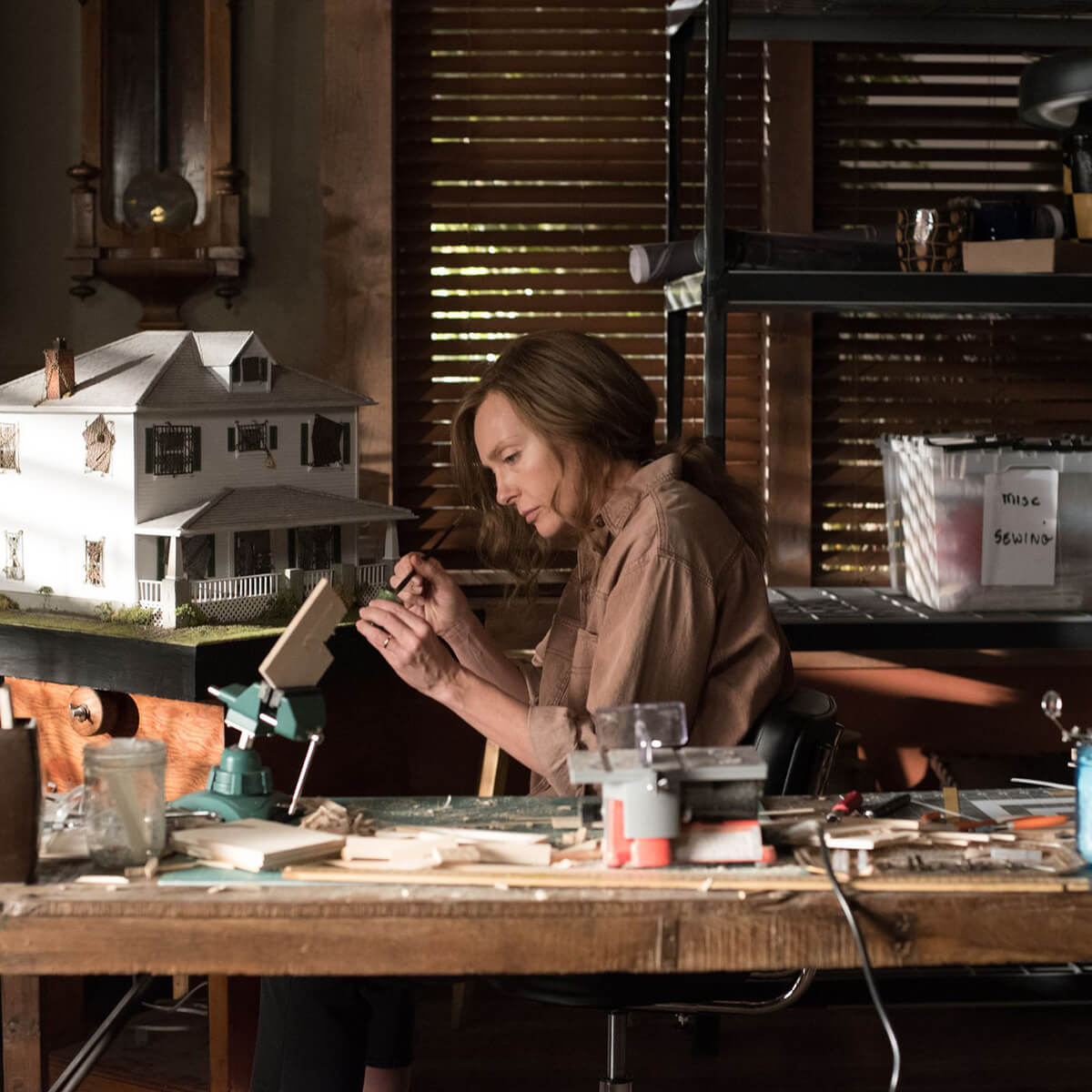 While horror and architecture may seem an unlikely pair, every haunting tale requires a setting. For director Ari Aster’s 2018 feature, Hereditary, architectural models were central to the lingering unease and dread seeping through every frame of the 127-minute film.

Toni Collette portrays Annie Graham, a Utah artist who crafts immaculate miniature replicas of spaces and events central to her life. From her mother’s respite bed to the gallery interior for her latest show and the violent scene of a tragic family accident, these dollhouse-scaled architectural dioramas are key devices within the supernatural horror flick. In a film where much of the events are orchestrated by outside forces, each miniature stands not only as a physical embodiment of the secrets and familial trauma embedded in their psyche, but also an eery reminder that we may, too, be figures in someone else’s diorama.

Available to stream on Netflix. 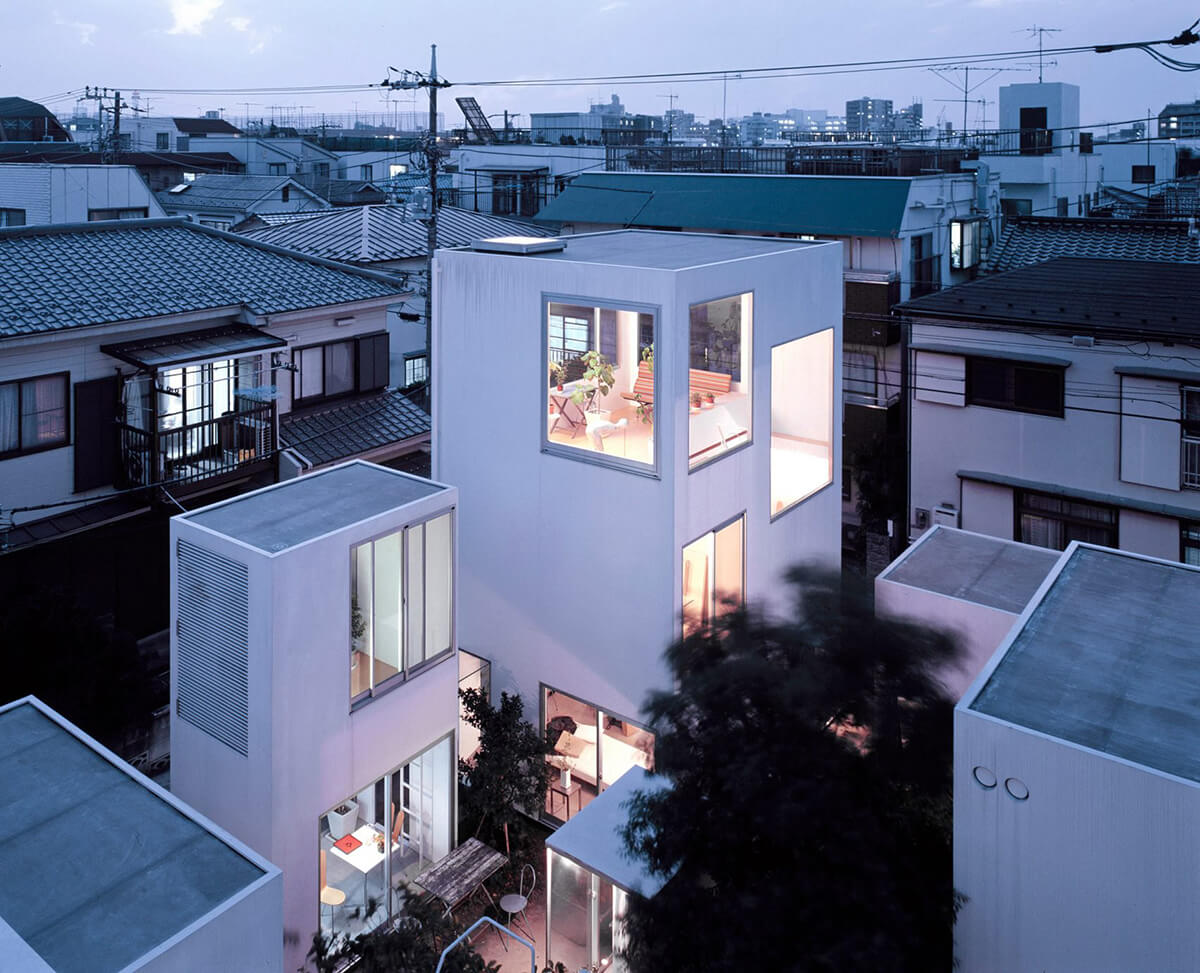 In 2005, Ryue Nishizawa (one half of the Pritzker Prize-winning studio SANAA) completed the Moriyama House — a sprawling Tokyo complex of 10 white volumes interspersed with courtyards. At the heart of the home-cum-metropolitan fortress is “urban hermit” Yasuo Moriyama. 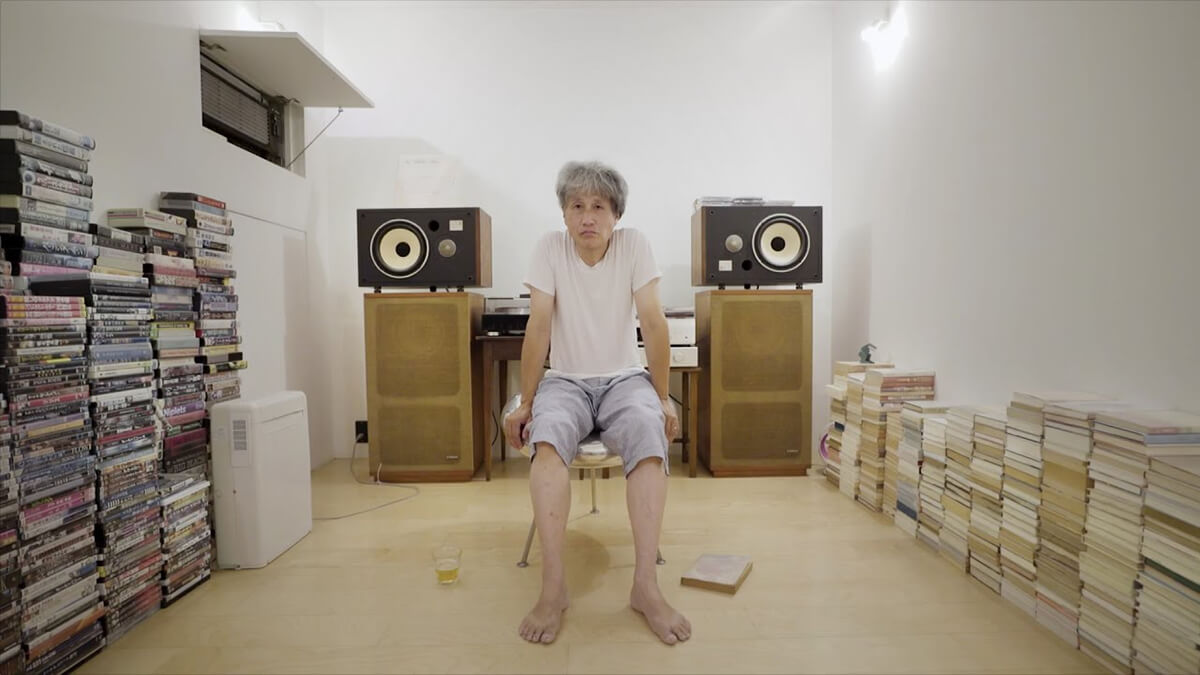 In the summer of 2016, filmmakers Ila Bêka and Louise Lemoine visited Moriyama in his home to learn more about how the unique residence supports such quotidian actives as reading, entertaining and listening to Japanese noise records in its decentred volumes. The result is a “week in the life” of the enigmatic recluse that offers a compelling look into his entire microcosm framed by Nishizawa’s architecture.

Available to stream on Vimeo. 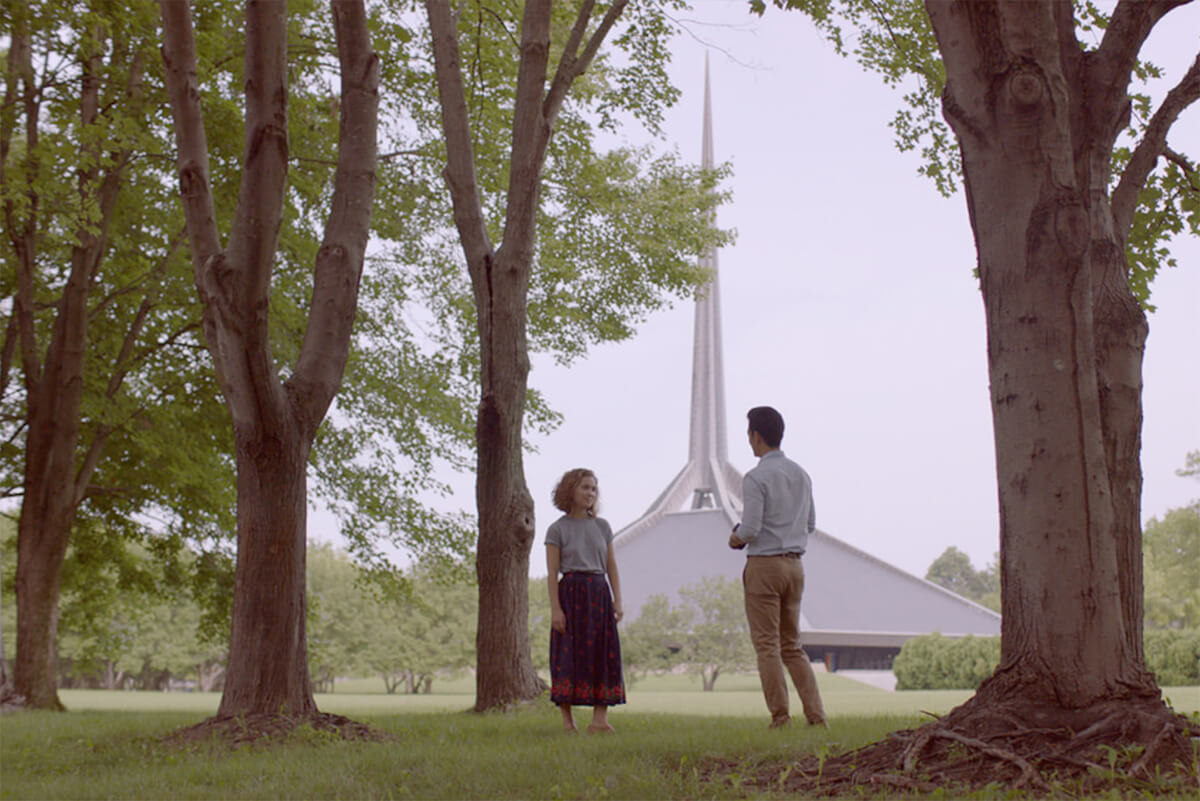 From I.M. Pei’s Cleo Rodgers Memorial Library to Eliel Saarinen’s First Christian Church and his son Eero’s Irwin Miller House, the rich mid-century architectural fabric of Columbus, Indiana, is central to director Kogonada’s 2017 hypnotic feature. The film stars John Cho as a man returning to the city to see his sick estranged father where he soon meets Casey, a young librarian and amateur historian of the city’s many prestigious complexes. 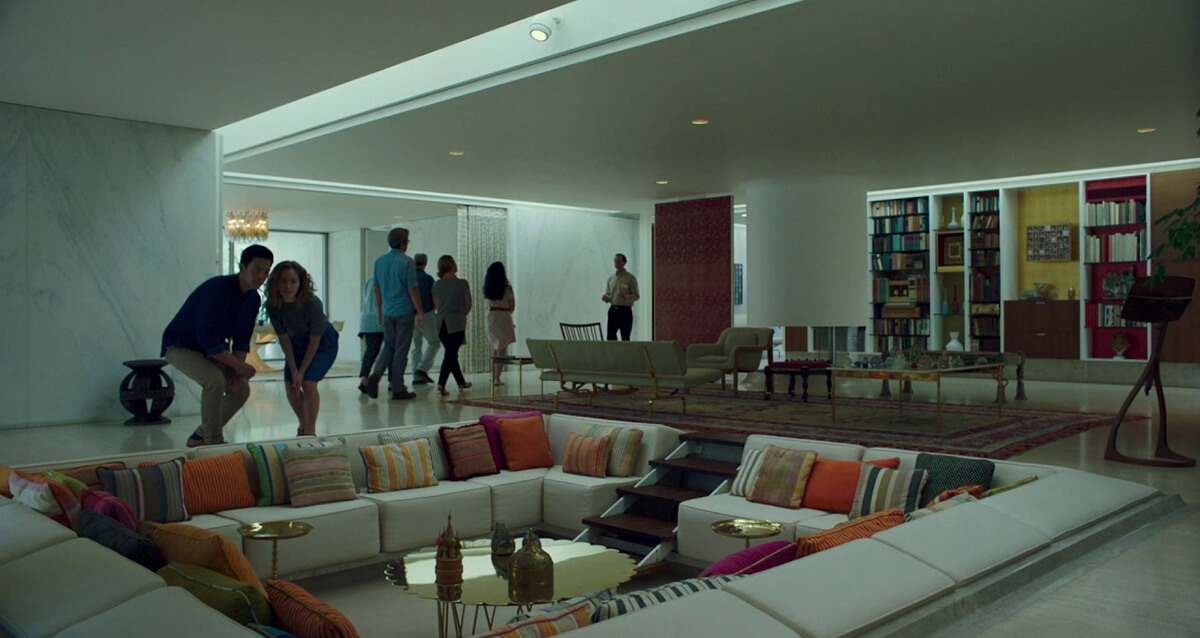 According to the director, Columbus has “an extraordinary premise for drama” that compelled him to site his directorial debut there. But, as much as the film evocatively captures the atmosphere and nuance of the city’s defining structures, Columbus is also an informative watch for those unable to tour these real-life buildings, even if the guide is a fictional character. As Casey jokingly interjects: “Shut up, I’m just trying to tell you about this building.”

What makes a space sacred? The complex question is central in many of the world’s seminal structures and is also the subject of Christopher Shaub’s most recent film Architecture of Infinity (2020).

The 85-minute documentary follows such visionary architects as Peter Zumthor and Álvaro Siza Viera, alongside pioneering artist James Turrell (and others) as they discuss landmark projects including the Bruder Klaus Field Chapel, Santa Maria Church de Canaveses and Roden Crater to trace the contours of these physical structures in search of how “transcendence can be felt and experienced.”

Available to rent on Vimeo. 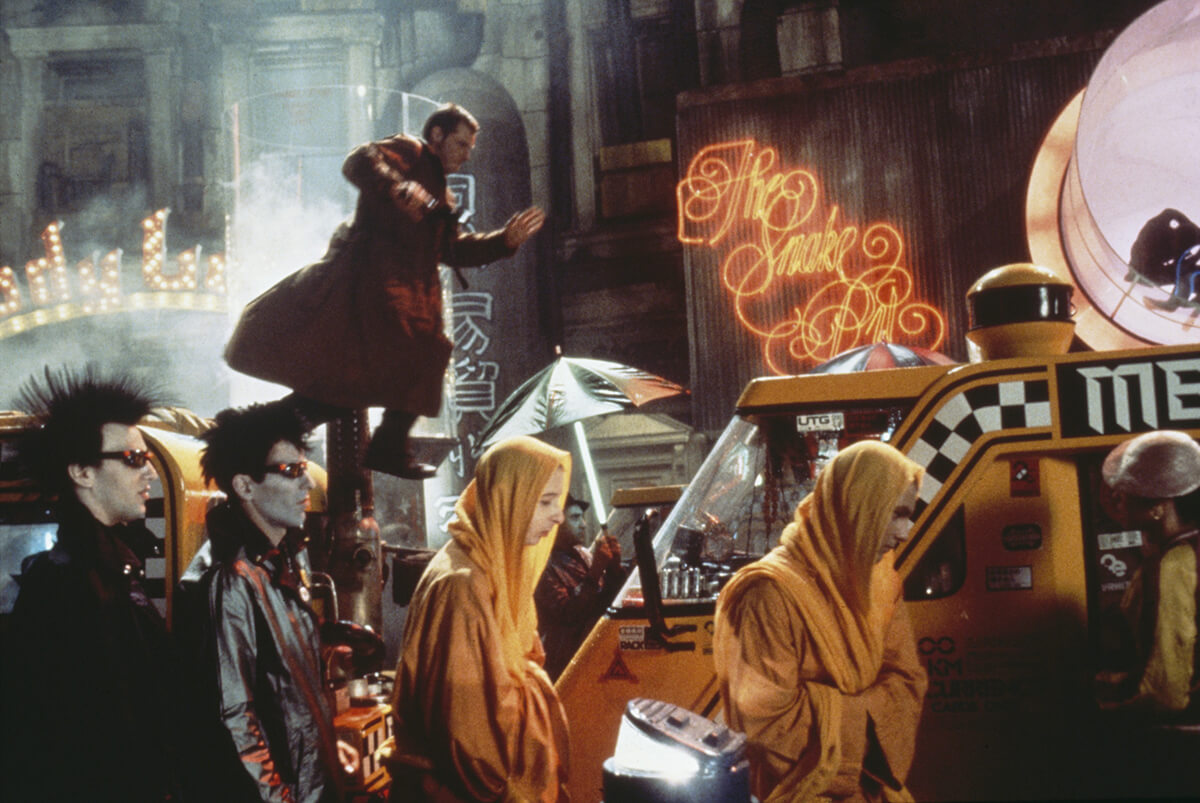 Based on the 1968 Philip K. Dick novel Do Androids Dream of Electric Sheep, Ridley Scott’s 1982 dystopian sci-fi/detective noir mashup set in 2019 Los Angeles is as much a hallmark of postmodern architecture as ’80s cinema. Combining architectural references to ancient Sumeria and Egypt with the dynamic streetscapes of bustling metropolises like Hong Kong and real-life locations (including Frank Lloyd Wright’s 1923-1924 Ennis House), the film teases out themes from the work of figures like Robert Venturi and Denise Scott Brown, as well as Charles Jencks. 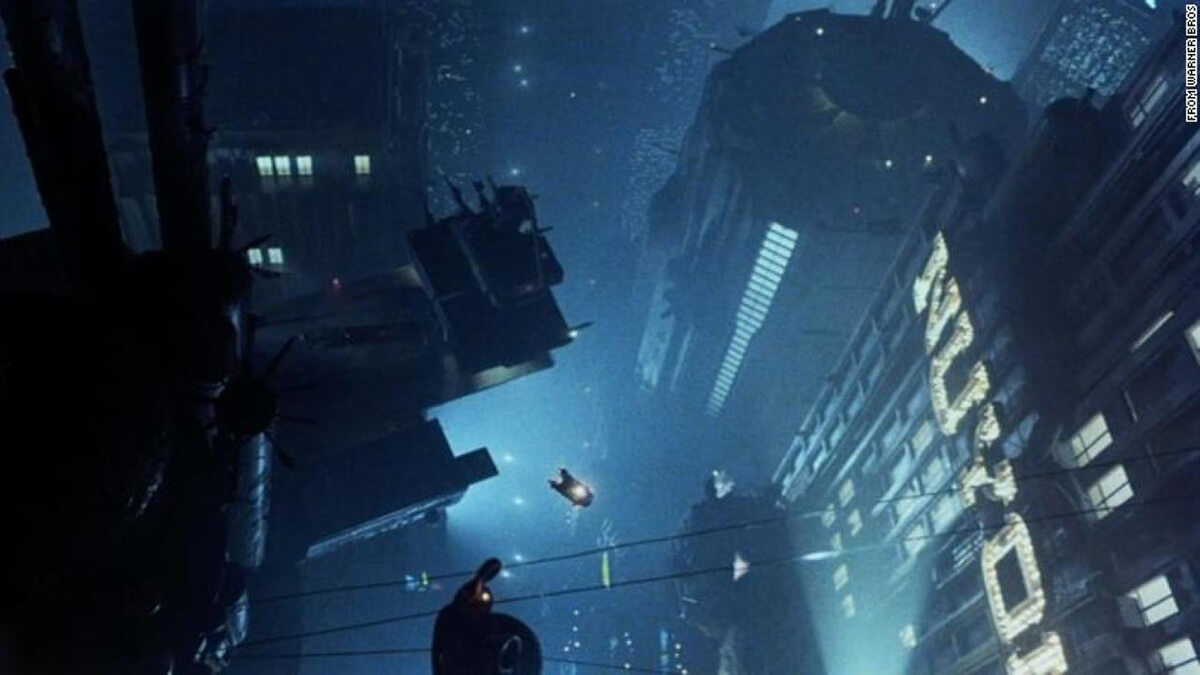 Available to stream on Crave.

10
Abstract: The Art of Design 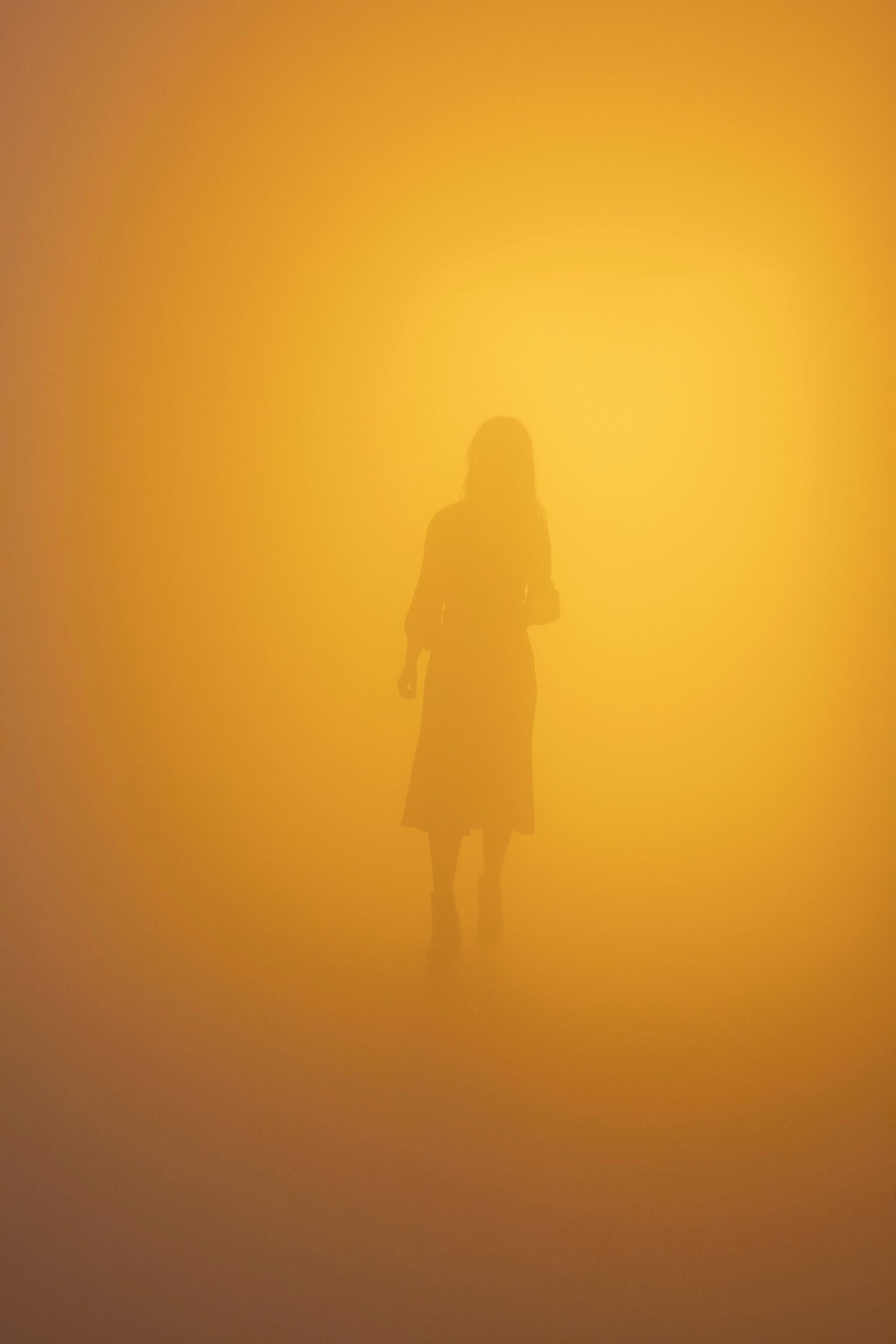 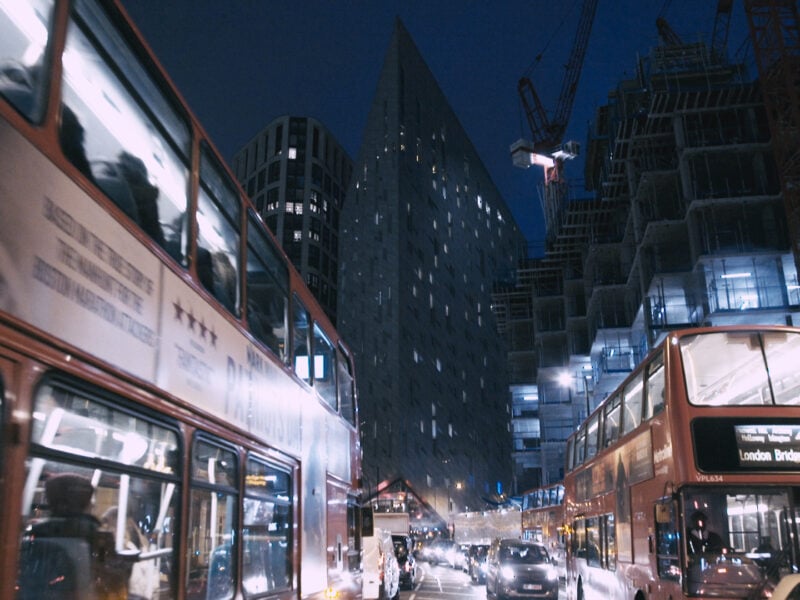 Push: A Documentary Tackling (Some of) the Housing Crisis
Fredrik Gertten’s new film, Push, follows the UN’s Leilani Farha on a journey to understand the global affordability crisis.
Read More

Though MIT Media Lab professor Neri Oxman’s landmark exhibition “Material Ecology” at New York’s MoMA and Danish-Icelandic artist Olafur Eliasson’s “Sometimes the river is the bridge” at the Museum of Contemporary Art Tokyo have been closed until further notice, both of the multi-hyphenate designers are subjects of Netflix’s ongoing series Abstract: The Art of Design. Each 45-minute episode delves into the process and perspectives of a host of international creatives, spanning disciplines from architecture to interior design, illustration to fashion. 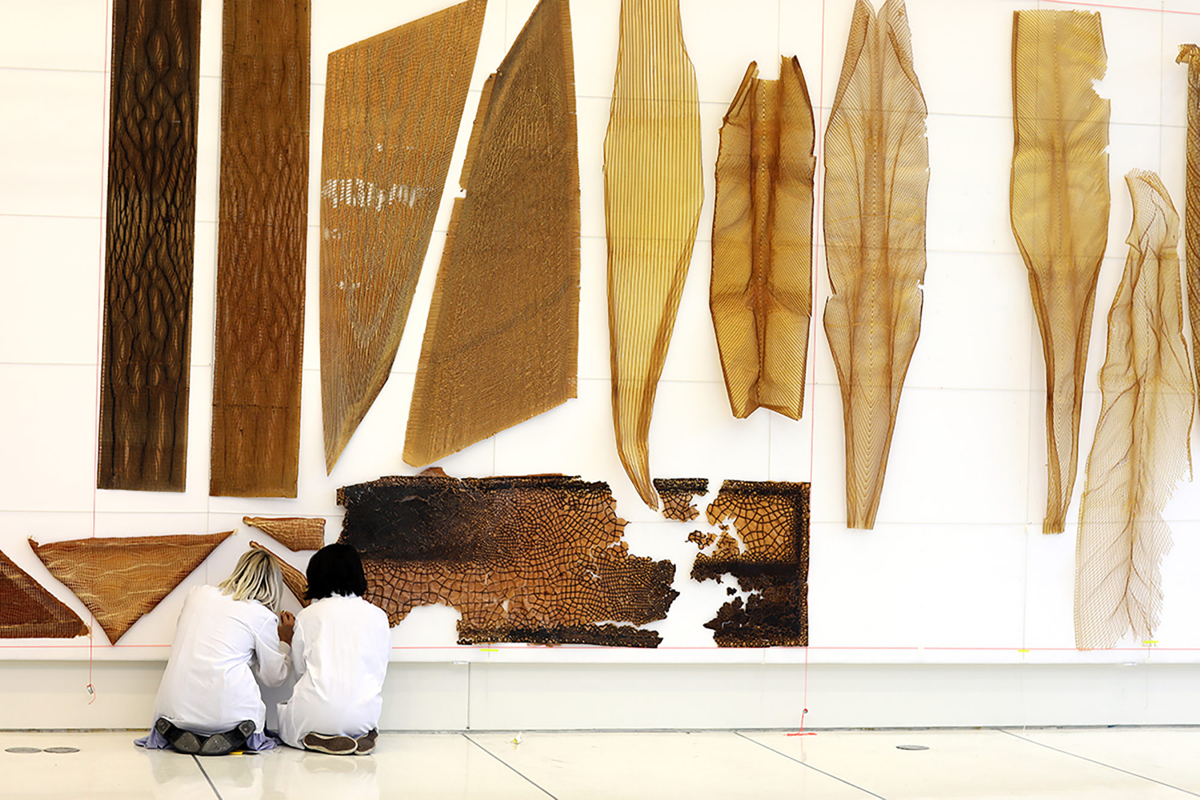 Oxman’s profile follows the Israel-born, Cambridge-based designer and her Mediated Matter Group as they prepare a new installation for the 2019 Cooper Hewitt Design Triennial. Titled Aguahoja, the five-metre-tall structure is also the centre-piece of her MoMA show, where it is positioned alongside Oxman’s numerous cellulose, chitosan, and pectin experiments. While many museums have shuttered their doors, Abstract offers a unique look behind many of the works that were once on view.

Available to stream on Netflix.

These must-watch films, documentaries and shows offer vital insight into the design world – even in the era of self-quarantine.