A Buzz-Worthy Installation in Toronto
At the Royal Ontario Museum, architect Janna Levitt and artist Myfanwy MacLeod construct an information kiosk that calls attention to the declining population of European honey bees. 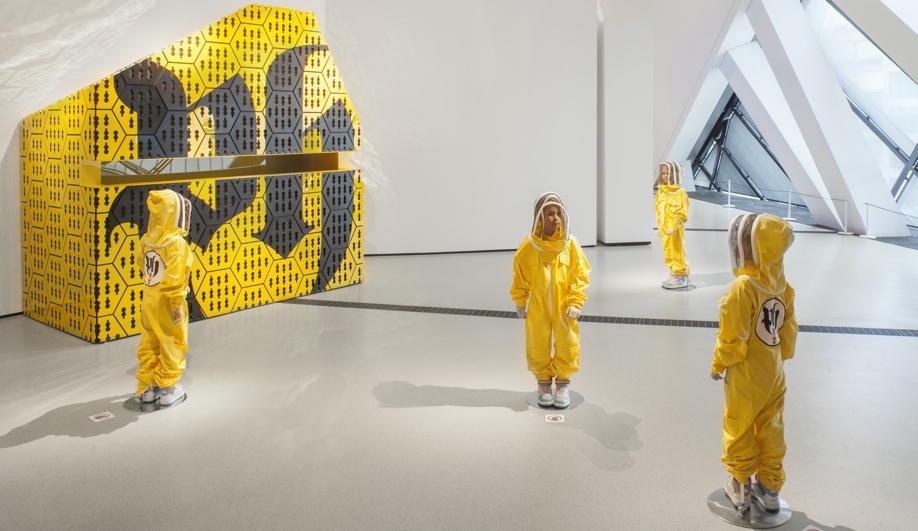 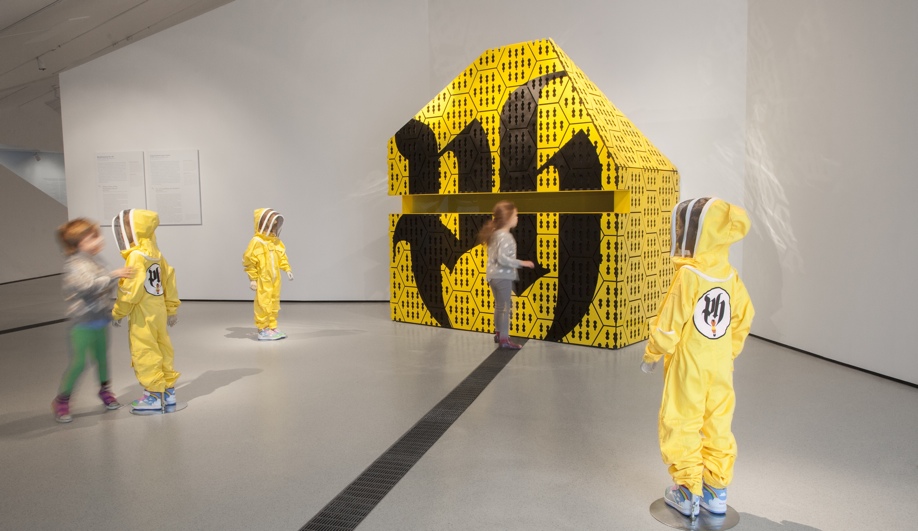 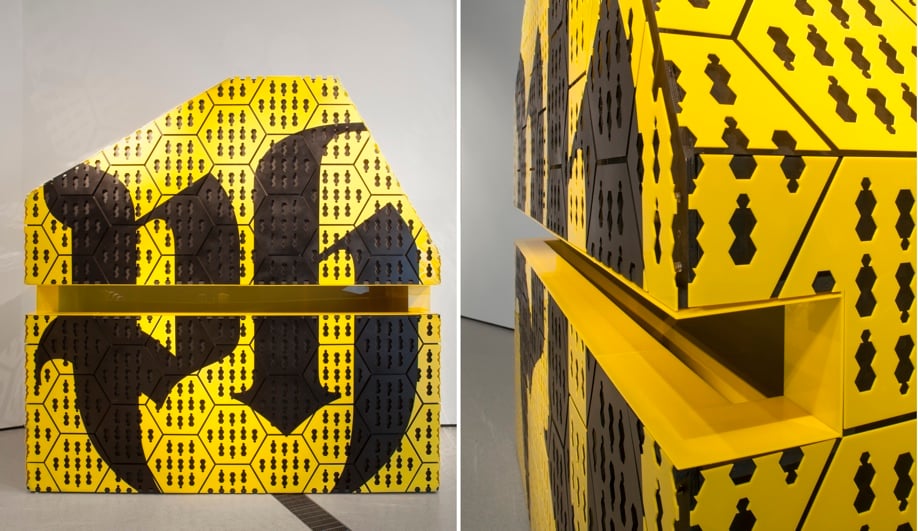 On the fourth floor of Daniel Libeskind’s crystal addition to the Royal Ontario Museum there’s a bright yellow plywood kiosk clad in laser-cut hexagonal tiles. Part of the exhibition Carbon 14: Climate is Culture, this installation by Janna Levitt, of LGA Architectural Partners, and Vancouver artist Myfanwy MacLeod highlights how a crucial traditional practice – beekeeping – can co-exist with contemporary culture.

The duo met in 2011 at a workshop hosted by the Cape Farewell Foundation (which produces cultural programs that engage people in climate change issues), where the seeds of this exhibition were first planted. “I’ve always been into bees and beekeeping and I was interested in how urban agriculture and biodiversity coincide with Colony Collapse Disorder,” says Levitt. Some time later, the two took off for Japan to check out the transformative Ginza Honey Bee Project, a honey-making initiative that has taken over rooftops in Tokyo’s glitzy shopping district.

They also toured the wildly modern structures of Tokyo architect Terunobu Fujimori, which Levitt describes as “understated architecture immersed in culture.” Inspired, the pair changed their minds from constructing a beehive to designing a kiosk to disseminate information on the effects of Colony Collapse Disorder. (While climate change, disease and parasites contribute to the mass disappearance of bee populations, scientists point to the neonicotinoids in insecticides as the main culprit.)

The kiosk’s facade is branded in black gothic lettering, spelling “pH” for People’s Hive. “I was reading Jay Z’s autobiography, Decoded, when I designed the logo,” says MacLeod. The stylized font also adorns the beekeeping suits worn by four child-size mannequins that surround the kiosk – a nod to the next generation, who will have to take on the honey bee crisis. “In Ginza, we saw how much the Honey Bee Project influenced the community. We saw youth planting bee-friendly plants.”

At the ROM, visitors approaching the kiosk will hear bees buzzing from the opening in the front, and hopefully note the absence of actual bees as analogous to the real-world problem that needs addressing.

Carbon 14: Climate is Culture is on at the ROM until February 2, 2014. There’s more on architecture for bees here and here.