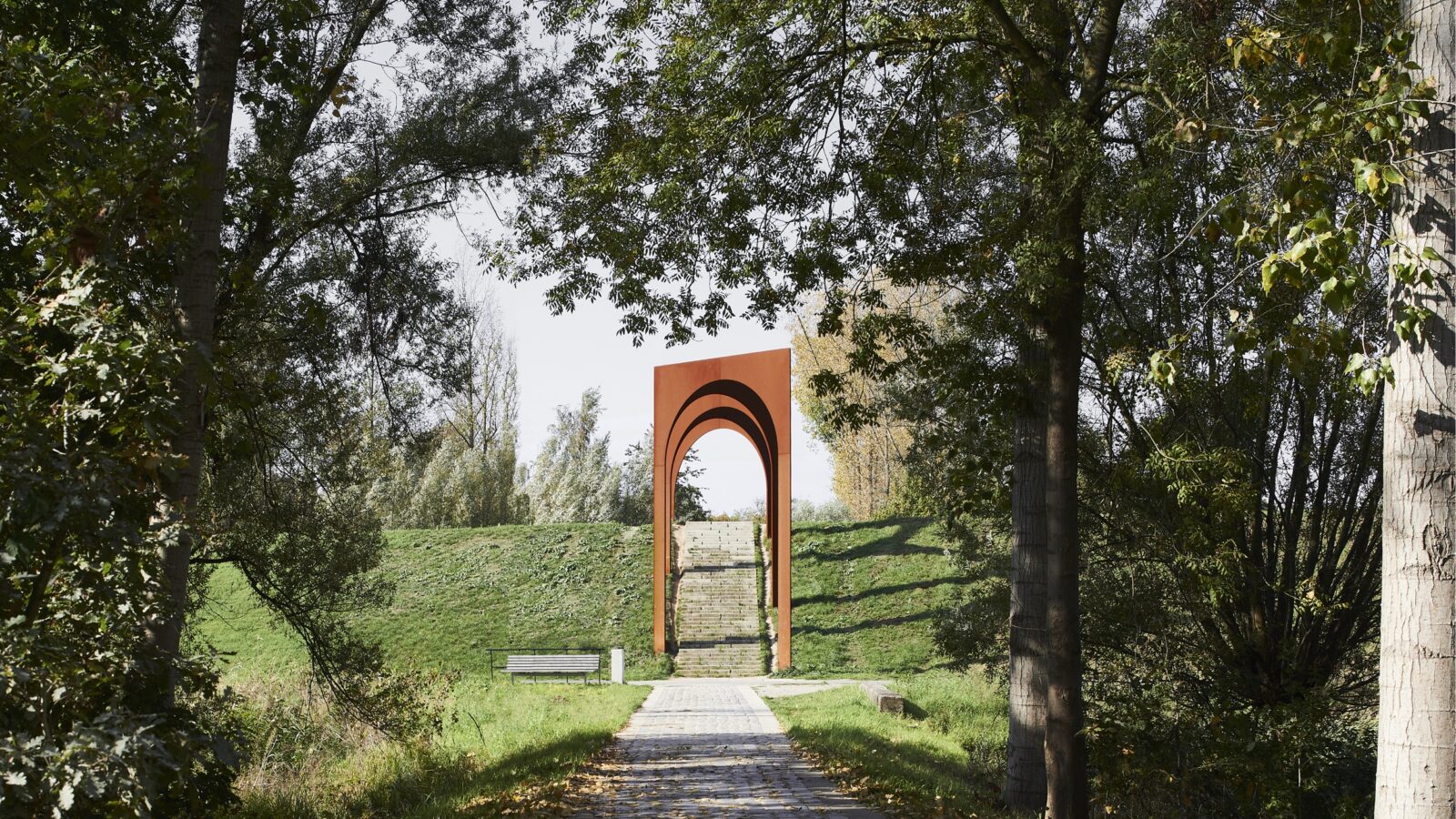 A Sculptural Pavilion Bridges a Divided Landscape in East Flanders

A few years ago, a new embankment was built along a controlled flood zone in the Belgian region of East Flanders, both reinforcing the system of dikes and seawalls designed to protect nearby towns from inundation and providing panoramic views of the surrounding landscape. But the feature, which is located in the Scheldt Estuary, just southwest of Antwerp, also bisected a historic route between one of those towns, Bazel, and the reclaimed land on the other side of the barrier.

To restore and highlight that connection, the Flemish government’s Agency for Nature and Forest commissioned two Leuven-based artists known for their unusual overpasses, sculptural pavilions and other outdoor structures, Pieterjan Gijs and Arnout Van Vaerenbergh. Like many of Gijs and Van Vaerenbergh’s works, their solution for the Bazel site – a zigzagging arched construct framing a new staircase – effectively bridges architecture and art, shifting in form depending on the vantage point and serving simultaneously as beacon and bridge, visual cue and physical link.

The structure, which the duo named Arcade, “is located in the exact place where the original road turns into the new staircase on the dike,” the artists say, adding that “the sculpture, in this way, touches upon the theme of memory.” 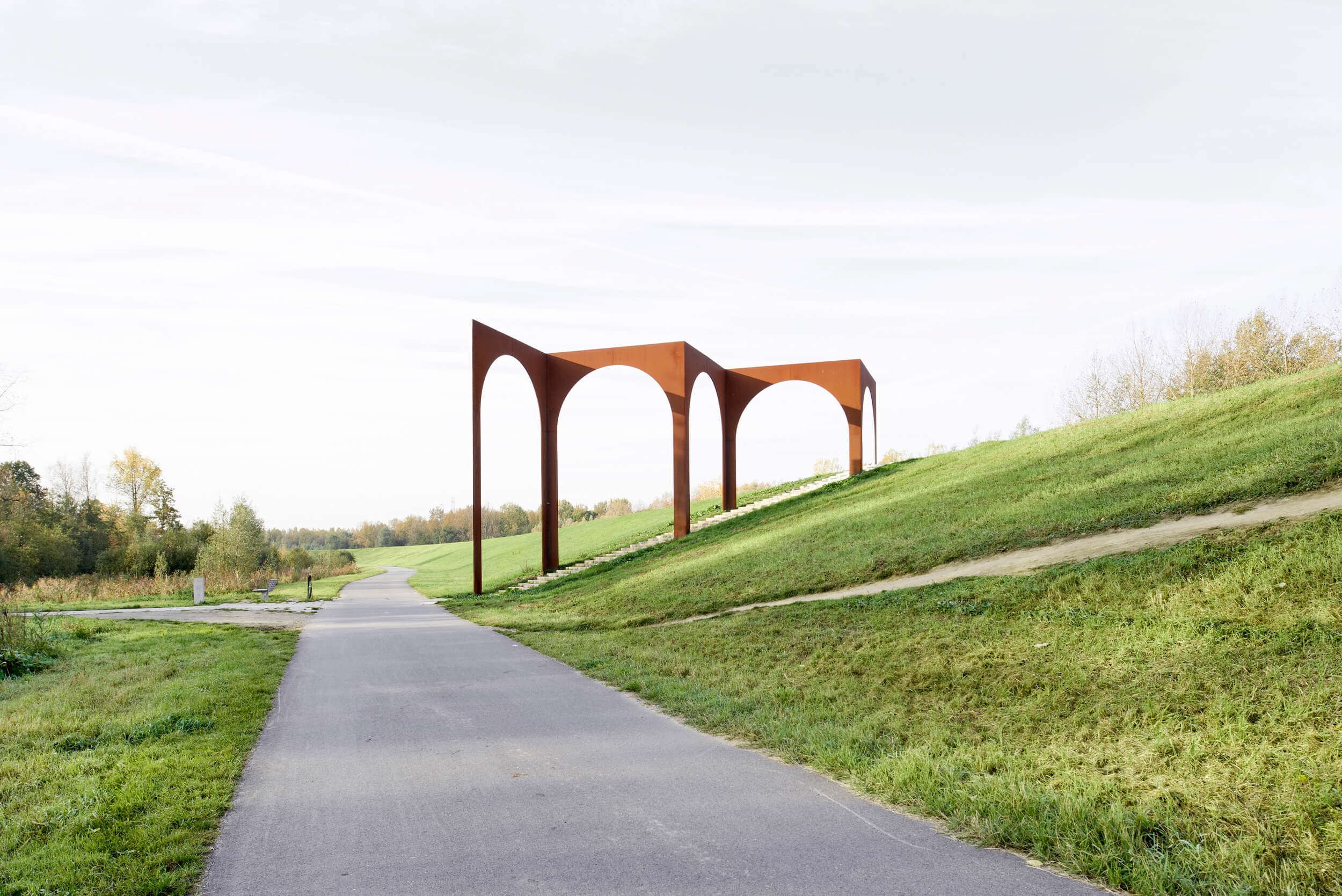 1Unfolding from the crown of the dike like an accordion, Arcade stretches 27 metres over newly installed stairs. The tallest of its arches is 10 metres high.

2The structure is composed of prefab Corten steel plates with arches cut into them. These were mounted on foundations, then welded together on site.

It’s also a piece of complex geometry. Seen from the top of the embankment, the arches that have been cut into the five monumental steel plates that make up Arcade are precisely aligned, offering a perfectly framed view down the old route to Bazel. Observed from the side, however, the plates unfold accordion-style, their legs becoming longer as the dike slopes downward. From this perspective, Arcade recalls an ancient aqueduct or, as Gijs and Van Vaerenbergh describe it, “a series of windows on the surroundings.”

Framing device. Folly. Path marker. Symbol. In their attempt to create “a tangible space out of a flat 2D figure,” the designers have fashioned a multi-purpose marvel, proving yet again just how artful infrastructure can be.