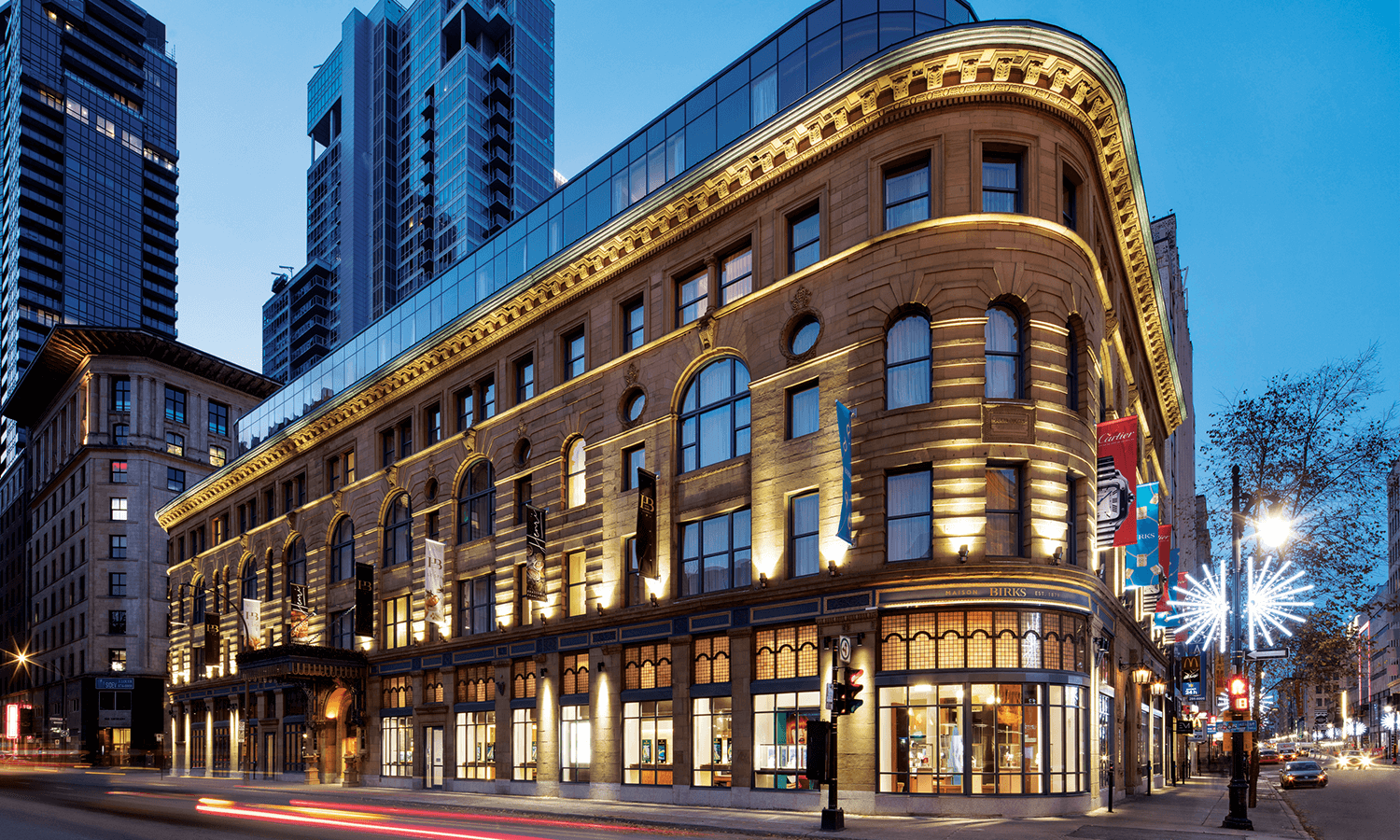 In Montreal, a Civic Jewel Regains its Lustre

NEUF Architects transforms the former HQ of a legendary gem brand into an appropriately sparkling hotel.

Forgive the obvious metaphor, but to describe the building now housing Montreal’s Hotel Birks as a one-time diamond in the rough couldn’t be more apt. For decades the edifice hid in plain sight, its magnificent 19th-century facade attracting a few admiring if fleeting glances from the passersby who noticed it as they hurried along bustling Saint Catherine Street. Yes, it did and continues to contain the namesake jewellery chain’s beautiful local flagship store, but the majority of the building was relegated to office, manufacturing and shipping functions, hidden from public view. And it did very little to animate elegant yet forlorn Phillips Square right next to it. 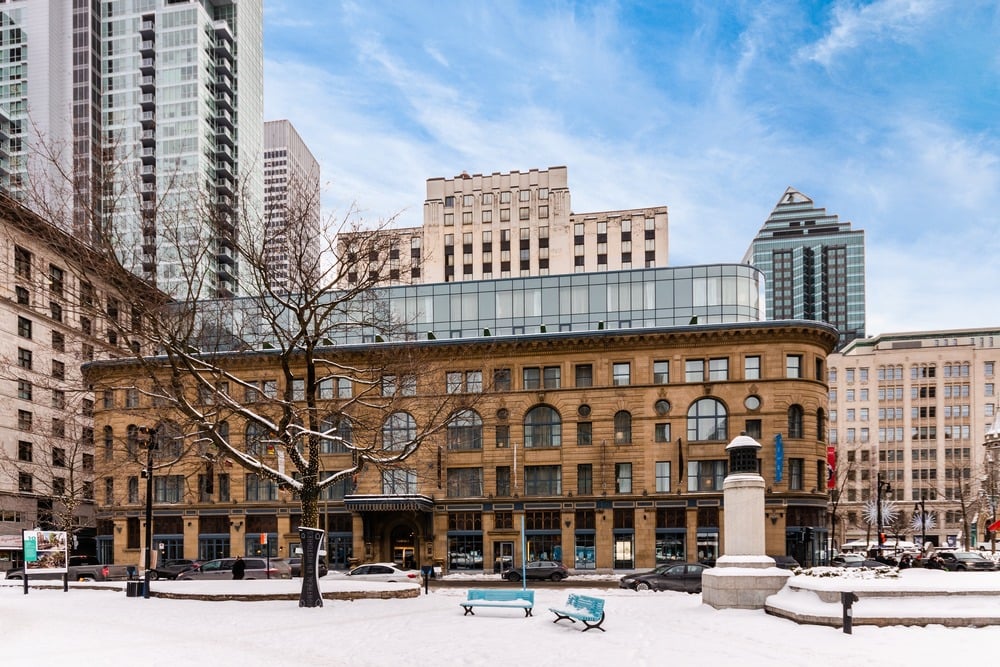 What a difference two years and a $20-million renovation make. After hotelier Jean Salette acquired the building in 2016, Neuf Architects was commissioned to collaborate on its transformation from a long-time jewellery-processing facility into a 132-room luxury hotel. At ground level, the gem brand maintains a smaller yet still prominent retail space, sharing the reconfigured floor with the new hotel’s lobby (accessed through an entrance facing Phillips Square) and a new brasserie designed by Atelier Zébulon Perron. The original fifth storey that previously housed Birks’s diamond workshop and watchmaking department has been demolished and replaced with a two-storey volume containing rooms that boast floor-to-ceiling windows. 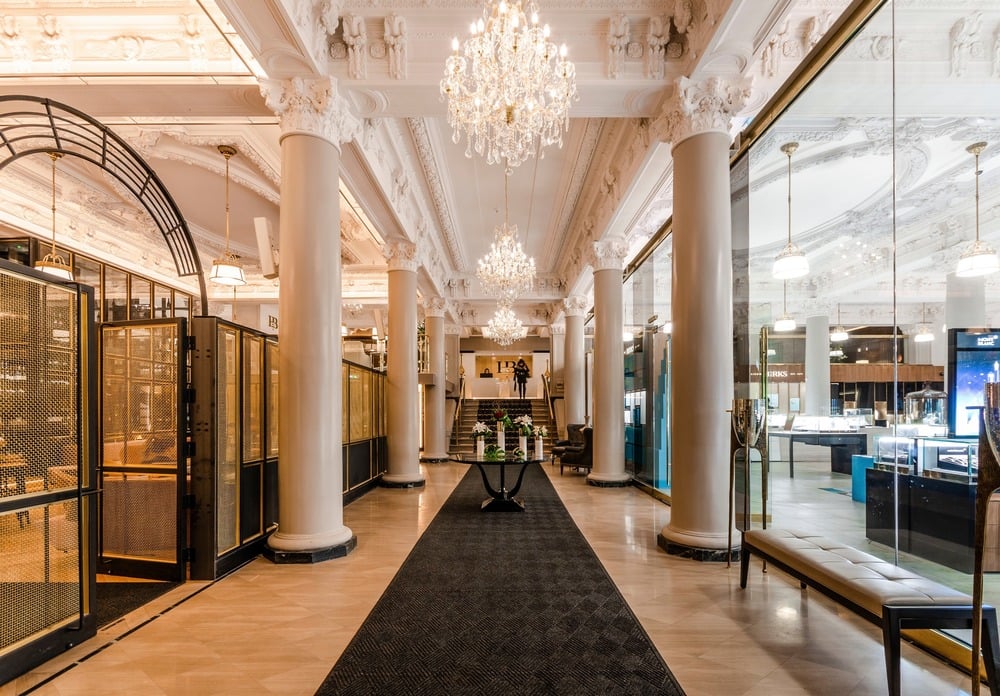 “Our approach,” says Neuf, “was to replan the building, keeping as constraints the floors, columns and facade. This generated multiple room types, including two long-stay rooms. One of the main technical challenges was to balance code requirements with heritage elements such as the original plaster mouldings in some of the new rooms.” To address that particular problem, Neuf incorporated a complex three-layer sprinkler system on the second floor, which allows temperature detection at different levels of measurement. The whole project, in fact, abounds with such subtle interventions, necessary for the smooth operation of a luxury property but ultimately undetected by guests. 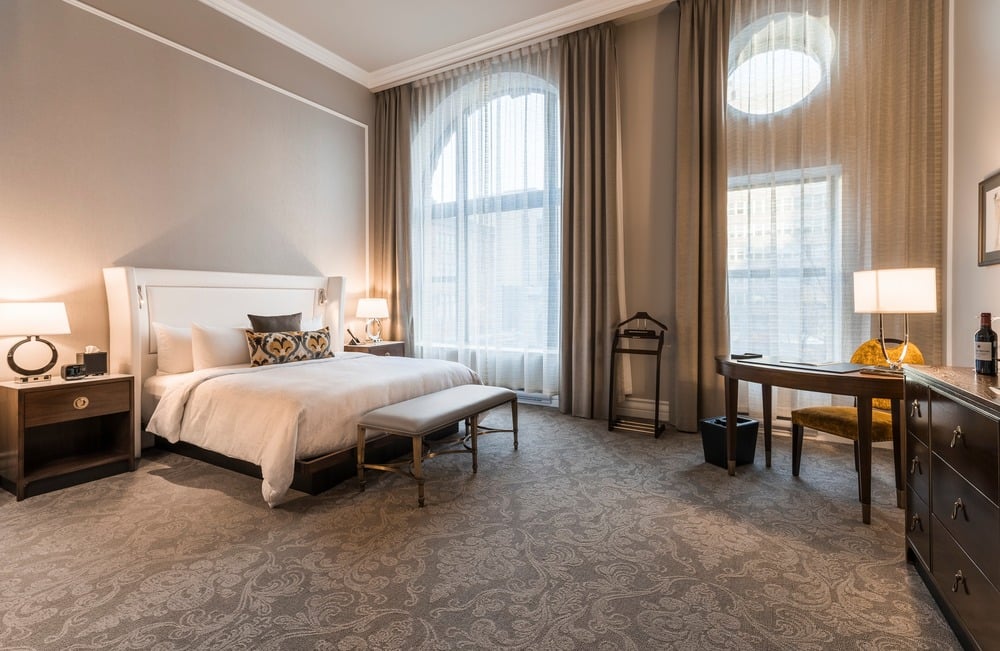 In one case, an elevator shaft that ran up the eastern side of the interior was removed, eliminating a visual and structural impediment from the building’s main facade. In another, underground mechanical and storage rooms and vaults were converted into a spa and a parking garage. 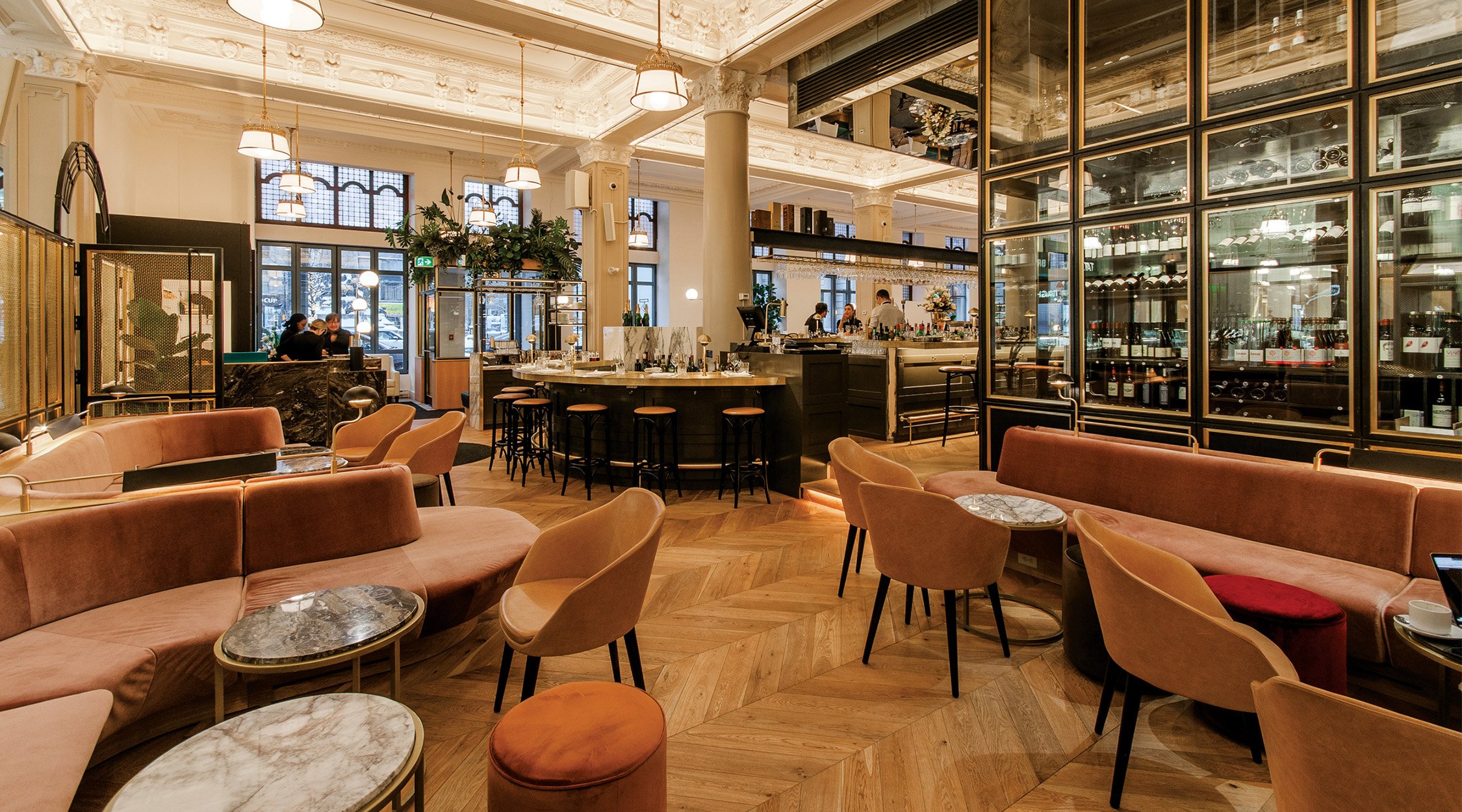 Designed by Atelier Zébulon Perron, the new Henri Brasserie Française on the ground floor of Montreal’s Hotel Birks glows like a lantern at night, restoring energy to Phillips Square outside and exuding warmth and conviviality inside. 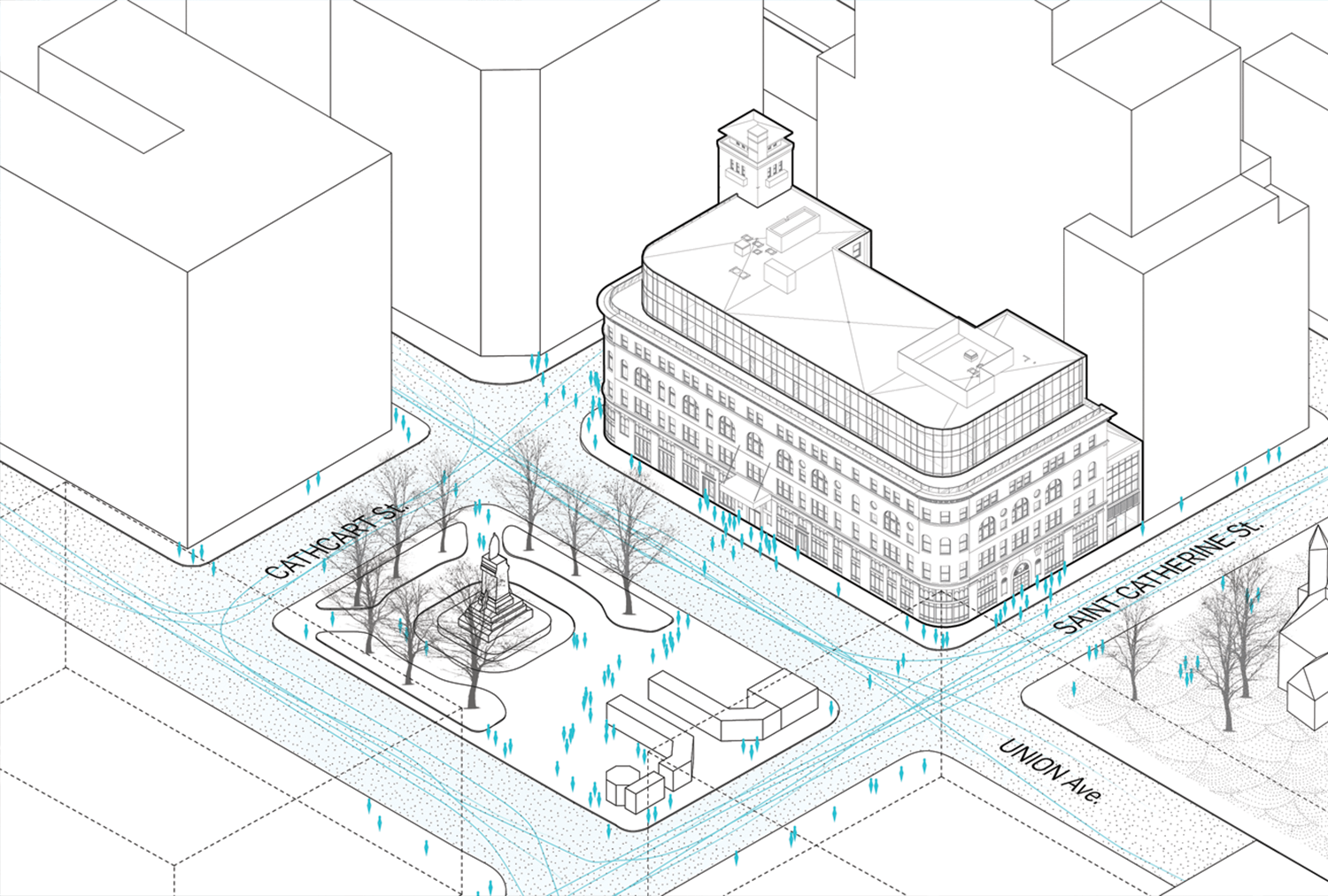 For every behind-the-scenes upgrade, however, there’s a dazzling one reflecting and justifying the design team’s embrace of the building’s bones. For instance, the rooms in the oldest part of the structure – many of them defined by tall arched windows – are unusually high-ceilinged and spacious. A number of plaster angels that had disappeared from ground-floor mouldings over the years (but were thankfully saved in one of those subterranean rooms) once again peer down, restored and reproduced, from the ceiling. And street-front windows that had been replaced or partially obscured (including by that dismantled elevator) now line Henri Brasserie Française, a Parisian-style eatery that was named after Birks founder Henry Birks and glows like a lantern at night, restoring activity and energy to Phillips Square. 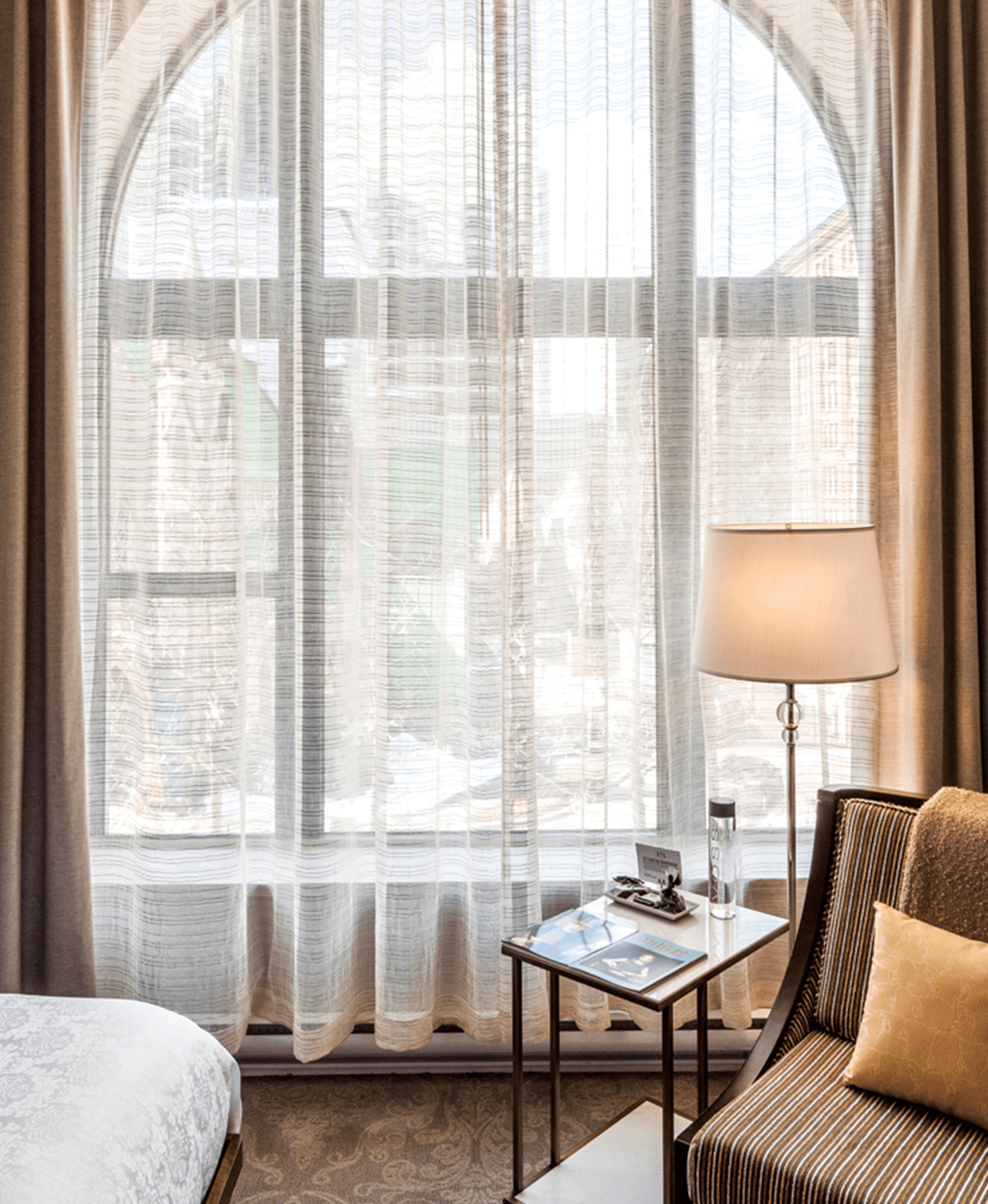 Unusually high ceilings and grand arched windows distinguish many of the rooms in the oldest part of the Beaux Arts building, impeccably renovated by Neuf Architects. The interior design is by Nicole Vekemans.

“Giving new life to this unique landmark that has been part of Montreal’s urban landscape for almost 125 years is an accomplishment we are very proud of,” says Marion Thiébaux, who worked on the project with Neuf partner Anh Le Quang. “These major restoration efforts not only renew the building’s function but also make it more accessible to the public.”

NEUF Architects transforms the former HQ of a legendary gem brand into an appropriately sparkling hotel.