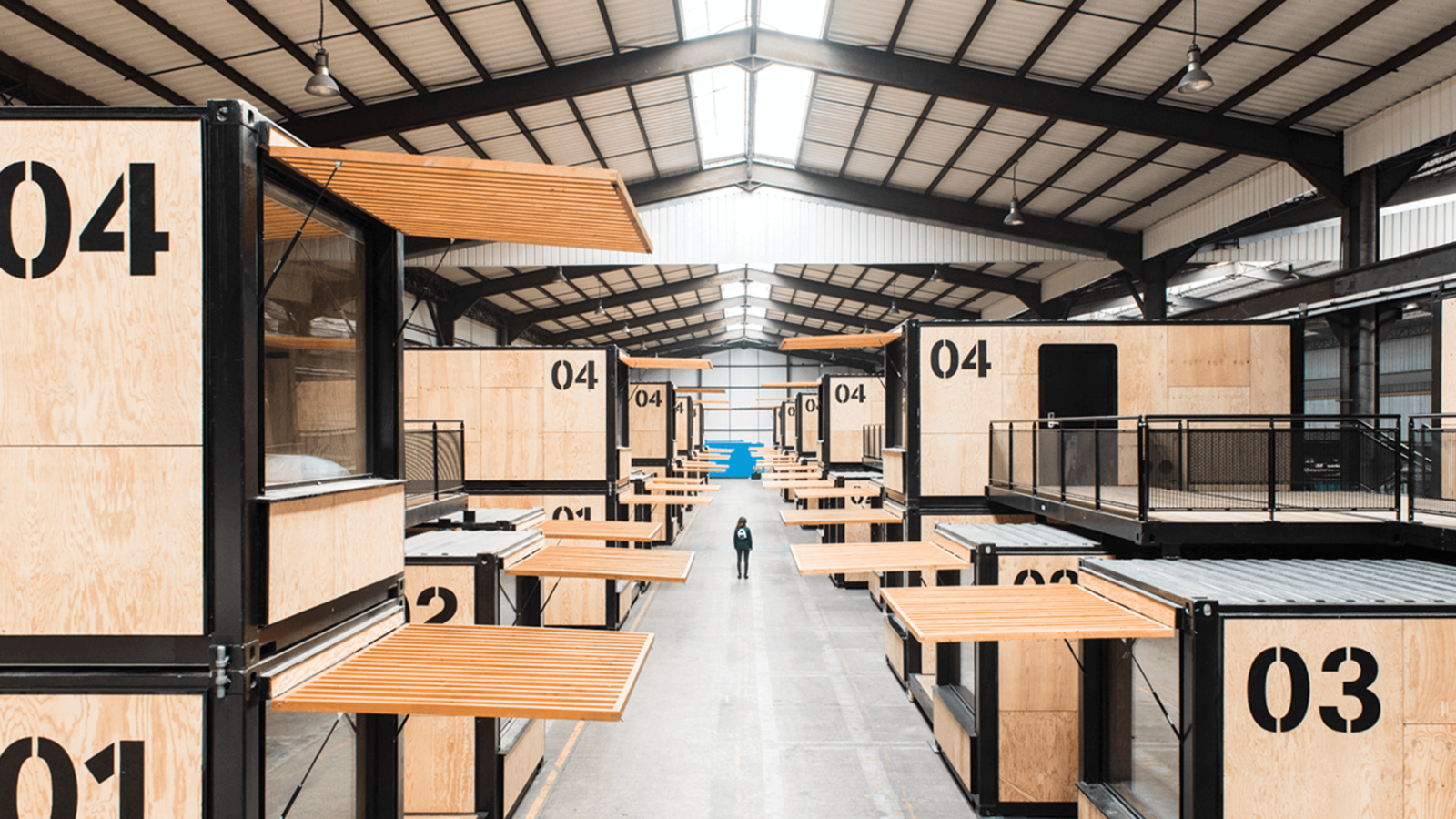 In 2017, Damien Perrot, the senior vice-president of design at French hospitality company Accor, was brainstorming solutions to a perennial problem: It often seems that hotels aren’t where the people are. In ever-greater numbers, travellers are eschewing traditional vacation spots in favour of temporary, site-specific attractions. They want to vibe out at the Coachella Valley Music and Arts Festival, dance to the brink of exhaustion at Tomorrowland or take peyote and roam the desert at Burning Man. “They want a lived experience,” concludes Perrot. “Coachella started with 30,000 people, and now it attracts 300,000.”

To address this changing market, Perrot sought to develop lightweight, luxurious accommodations that could be trucked to almost any location, assembled hastily on site and removed with equal efficiency. “We need to do something innovative and clean,” he told his staff. “But don’t suggest shipping containers. There are already too many projects with containers. I want to find another solution.” Having made his point, Perrot went on to retract it. “Finally, we decided to use containers,” he concedes. But he doesn’t regret the about-face. In the design industry, the most obvious solution can also be the best one. Sometimes, conventional wisdom is conventional for a reason.

Perrot commissioned Ora Ito, principal of the design firm Ora-Ïto, to create the Flying Nest, a suite of shipping-container hotel rooms clad in plywood and arranged in five-unit clusters amid porches and terraces. In his native France, Ito is known for the elegance and rationality of his work. When asked about Flying Nest, he insists that aesthetics weren’t his chief concern. “It was about doing something practical,” says the designer, whose clients include Alessi, Scavolini and Adidas. (Ito’s minimalist ethos is reflected in his communication style, which tends toward the laconic. Had he worked with shipping containers before? “Never.” Would he work with them again? “Why not?”)

Conceptually, the Flying Nest will be familiar to anybody who has visited Moshe Safdie’s Habitat 67 – or played with Lego. It is, basically, an assemblage of numbered blocks. Each of the five-room “villages” is transported via three trucks, with two containers – or blocks – per truck. On site, blocks one, two and three are set side by side, a few metres between them. Block four sits atop block one, and block five rests on block six. The sixth container is a kind of suitcase, carrying generators, a plumbing system and a stairwell; it also contains the porch and terrace. The suites themselves are sparsely furnished – each has a bed, a bathroom, some basic millwork and a prominent window – but they’re also cozy, like a cocoon. “They have,” says Ito, “a protective feel to them.”

Although the repurposed shipping containers are comfortable, their main selling point is their mobility, says an Accor exec. It’s the experiences they’ve afforded, he notes, that users have highlighted most.

It’s true that shipping containers have become ubiquitous in pop-up design, but that doesn’t necessarily make them a cliché. It makes more sense to think of them as a building material, much like bricks or steel I-beams. They’re stackable, cheap and easy to move. They do what they’re supposed to do better than anything else on the market. And while it would be an exaggeration to say that Ito has reinvented shipping-container architecture, he certainly uses the concept to good effect, achieving a measure of tactility and hominess such designs typically lack.

In December 2018, Accor rolled out the Flying Nest at the Avoriaz ski resort, 1,800 metres above sea level in the French Alps. Previously, the prototype had appeared beside the track at 24 Hours of Le Mans, the world’s oldest car race, held in northwestern France; at the venerated sports academy in Clairefontaine-en-Yvelines, near the field where the French national football team trains; and on an artificial beach at the Rencontres d’Arles photography festival, alongside 30 tonnes of imported sand. In each location, the accommodations are secondary to the event. “When I discuss Flying Nest with guests, they never talk to me about the rooms,” says Perrot. “They talk about their experiences instead.” He takes such feedback as a compliment.

Ito feels the same way. When asked why there’s no art on the walls of the suites, he responds with characteristic bluntness: “Would you want to have a painting there? I don’t think so. The painting is the windows.”