A Toronto Library That Speaks Volumes
The Toronto Public Library’s 100th branch reads as a library of the future. With warm wood, open sightlines and soon-to-bloom green roofs, this joint project by LGA Architectural Partners and Philip H. Carter proves you can judge a book by its cover. 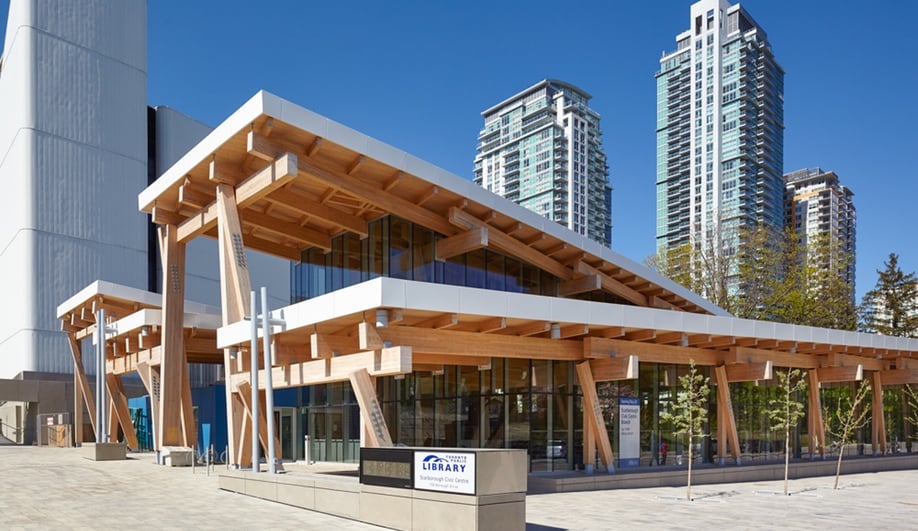 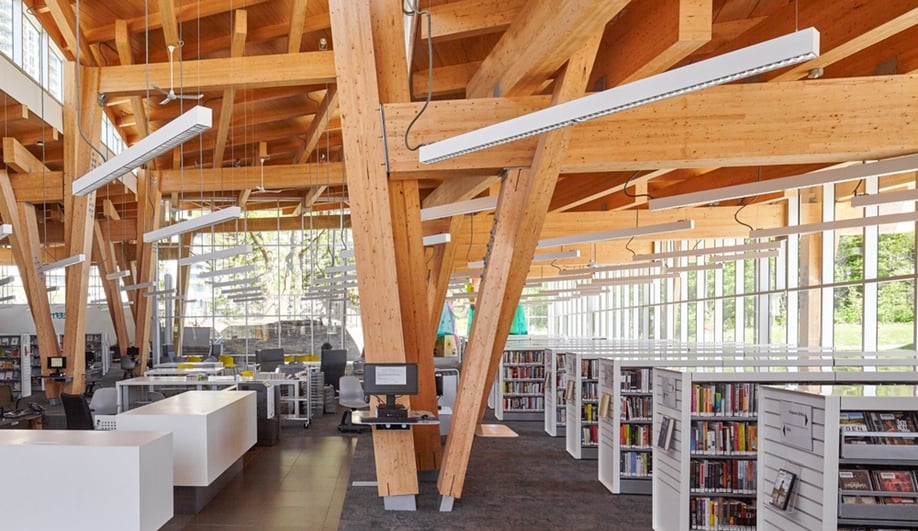 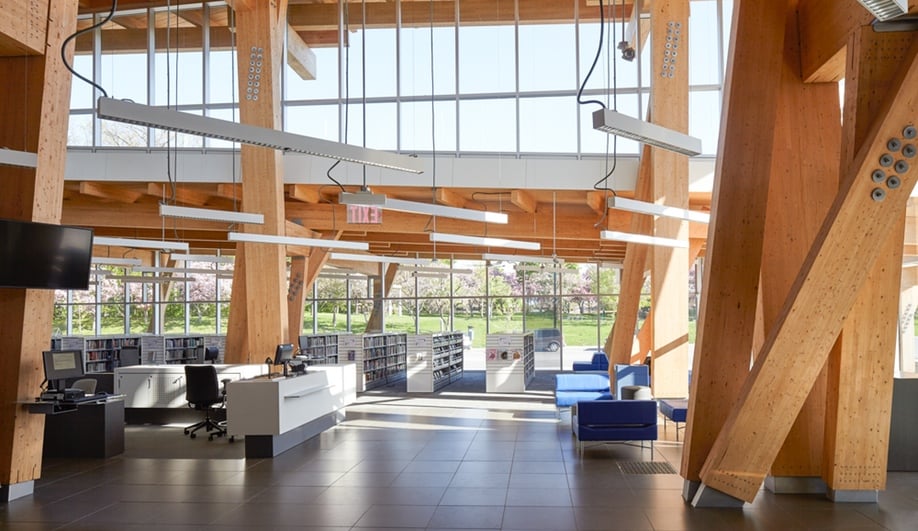 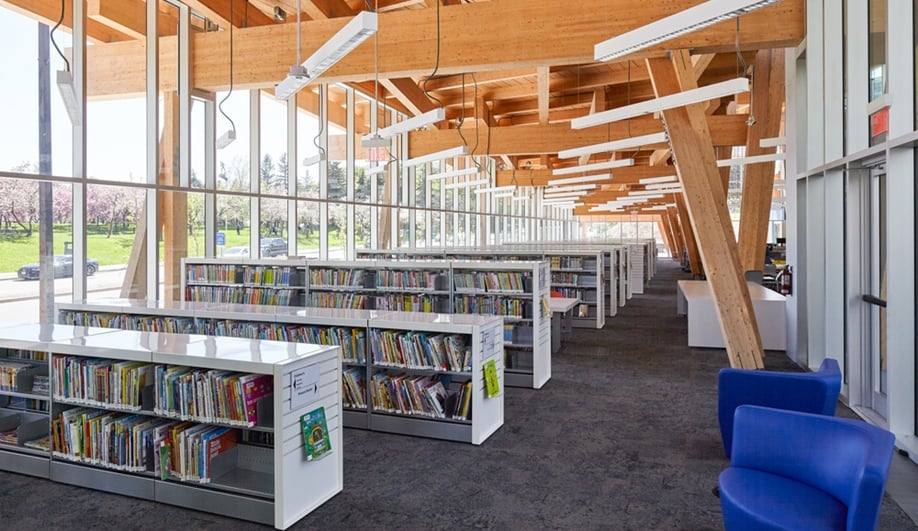 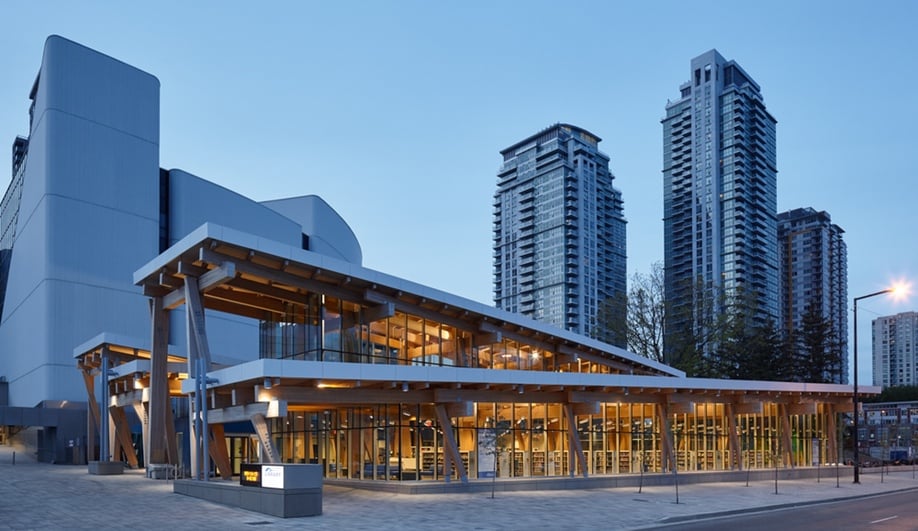 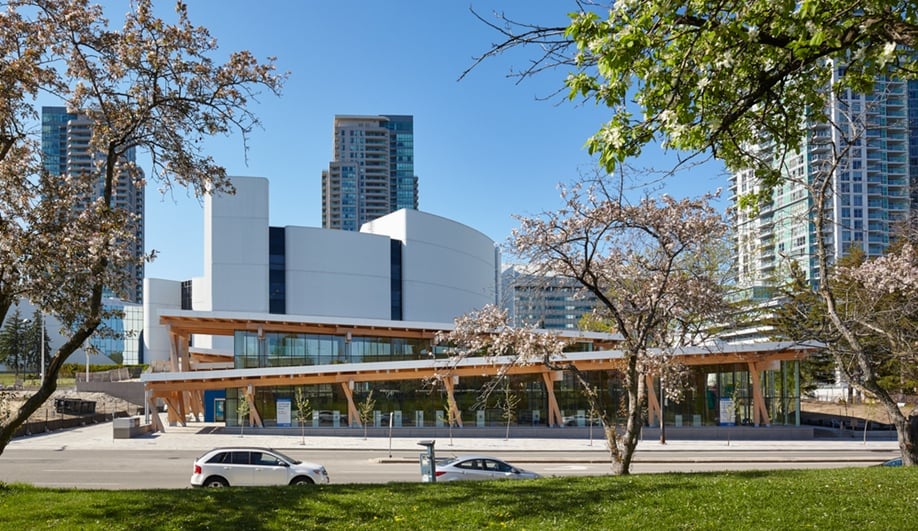 Libraries are having a moment — becoming bolder, brasher, louder community hubs instead of the hush-hush spaces of yesteryear. And, it seems, the architecture is reflecting this movement with sweeping sightlines and full-height windows creating enticing environments. Design considerations extend to interiors, too, with everything from sound-dampening surfaces, vast technology infrastructure, moveable furniture and stacks, and large, adaptable common spaces.

Toronto Public Library just opened its 100th branch in the city’s east end, illustrating these key points to building a library of the future. The joint project by local firms LGA Architectural Partners and Phillip H. Carter sees a robust 1,350-square-metre structure abutting the Scarborough Civic Centre, a modern white rounded tower designed by Moriyama & Teshima in 1973. In high contrast to the civic centre’s vertical lines and white cladding, the library is a long and low mostly glass structure with four distinct angled rooflines at varied elevations. Bold wood trusses inject a warm, natural tone to the project, creating a dynamic interplay between the two buildings.

Each of four rooftops is planted with native plants, which will grow more extensive as they take root, becoming a green respite in the concrete-laden urban environment. Ornamental grasses and plants will be visible both to passersby and to those inside. The library connects to the outside as well as to the adjacent civic centre with multiple entry points: one with a large open communal space, another just beyond a new garden and wide walkway, and a third that connects to an elevated outdoor plaza with views of the lush green roofs.