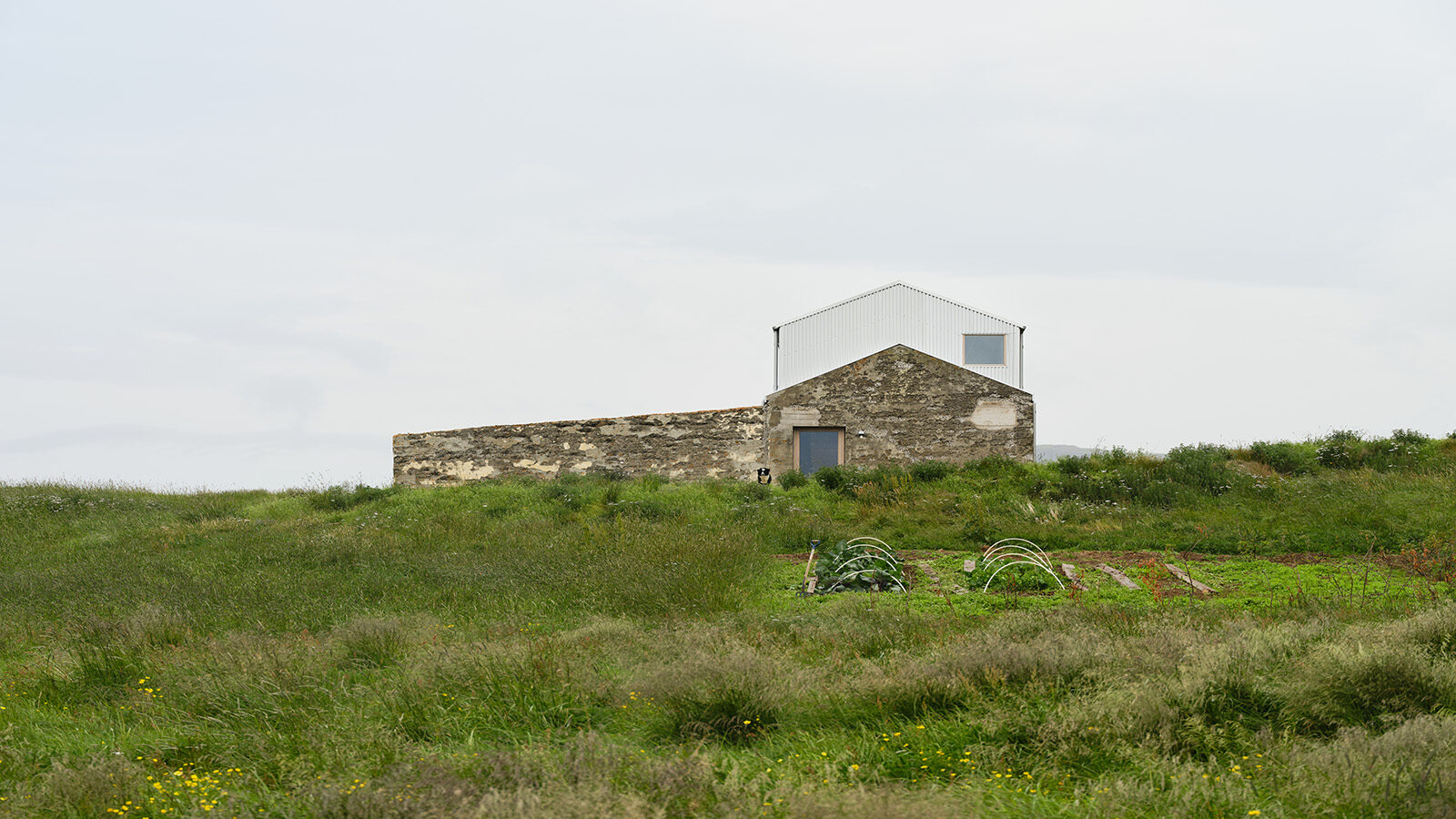 Studio Bua used the remains of an old farm’s foundation as the basis for a striking new artist studio.

Given the state of the world, who among us hasn’t dreamt about running away to a remote cabin in a seaside landscape? In Western Iceland, overlooking the Breiðafjörður Nature Reserve, an area rich in biodiversity, one such building rises above the sea, facing the fjörd. The Hloduberg artist studio, designed by Studio BUA, is a stunning barn conversion that can’t help but inspire its inhabitants. 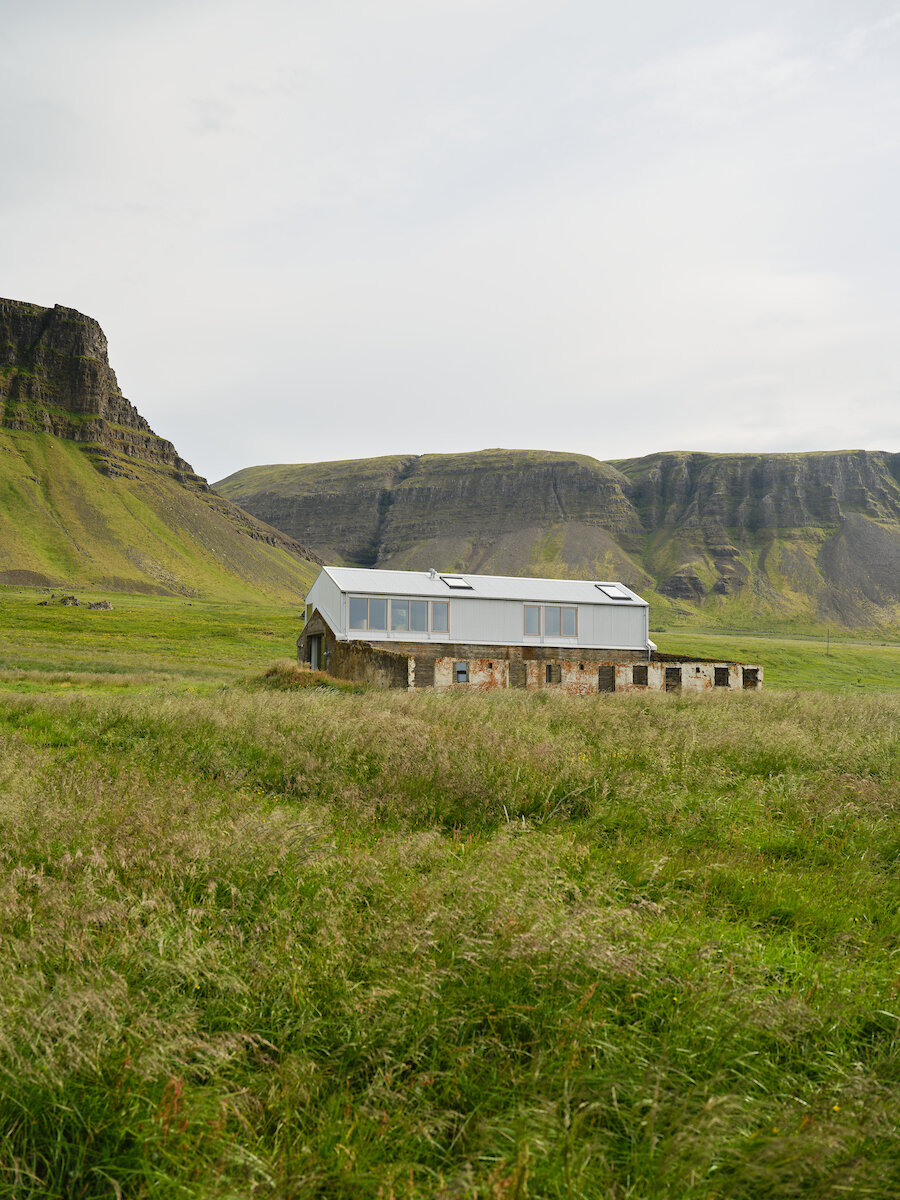 Perched on the edge of a steep, rocky cliff in Hlöðuberg, the new studio takes the place of an old concrete barn, originally built in 1937. The London-based design firm was approached by the barn’s owners to revive the building that was in disrepair by turning it into a workshop and living space for the family, which includes artist Gudrun Kristjansdottir, a painter who has exhibited work across the globe over the past twenty years. 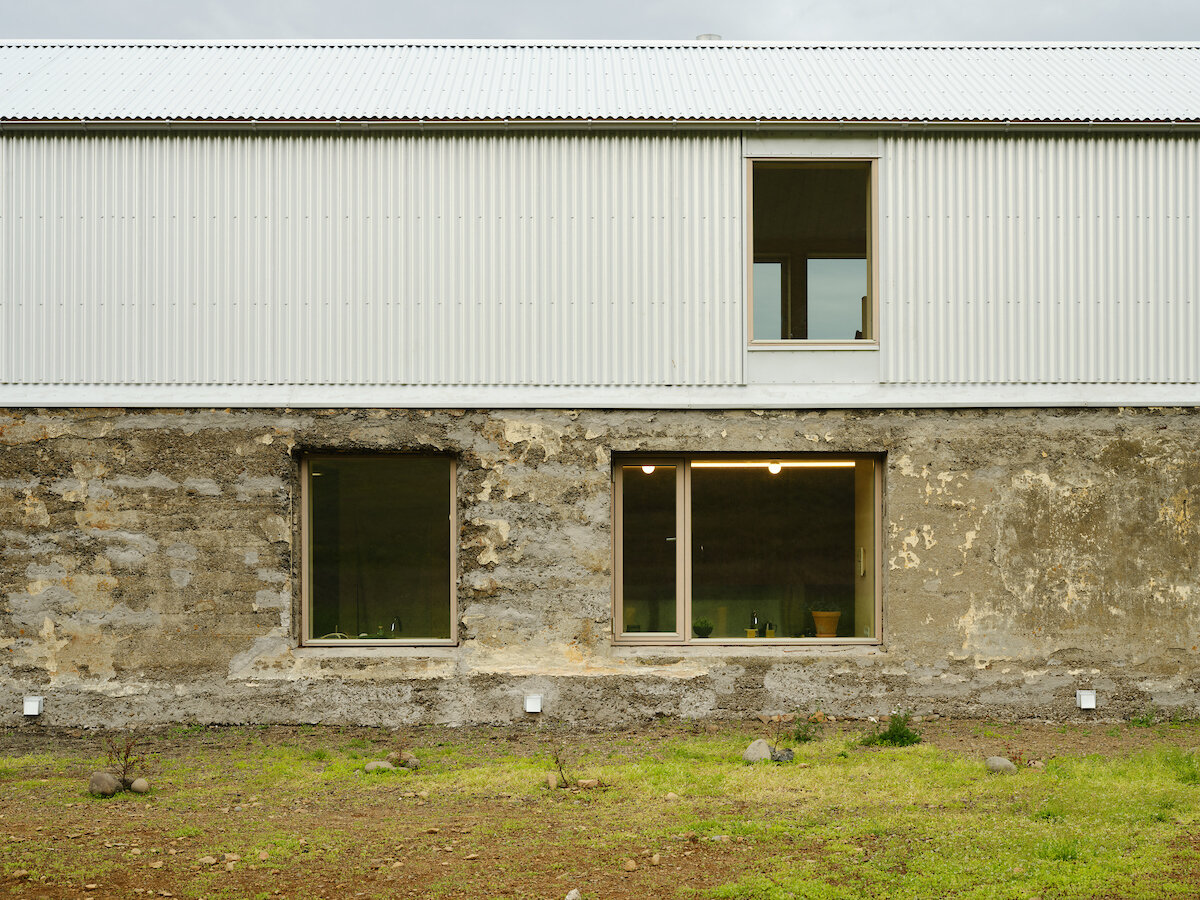 While the side of the studio nearest the ocean still resembles an old ruin frozen in time, the side nearest the fjörd tells a very different story. The home’s remarkable profile is highlighted by the old farm’s stone foundations, which provide a clever contrast to the new building’s shimmering façade. With an exterior clad in corrugated Aluzinc — a material which makes stainless steel six times more resistant to corrosion — the new addition is meant to endure the harshest of elements. 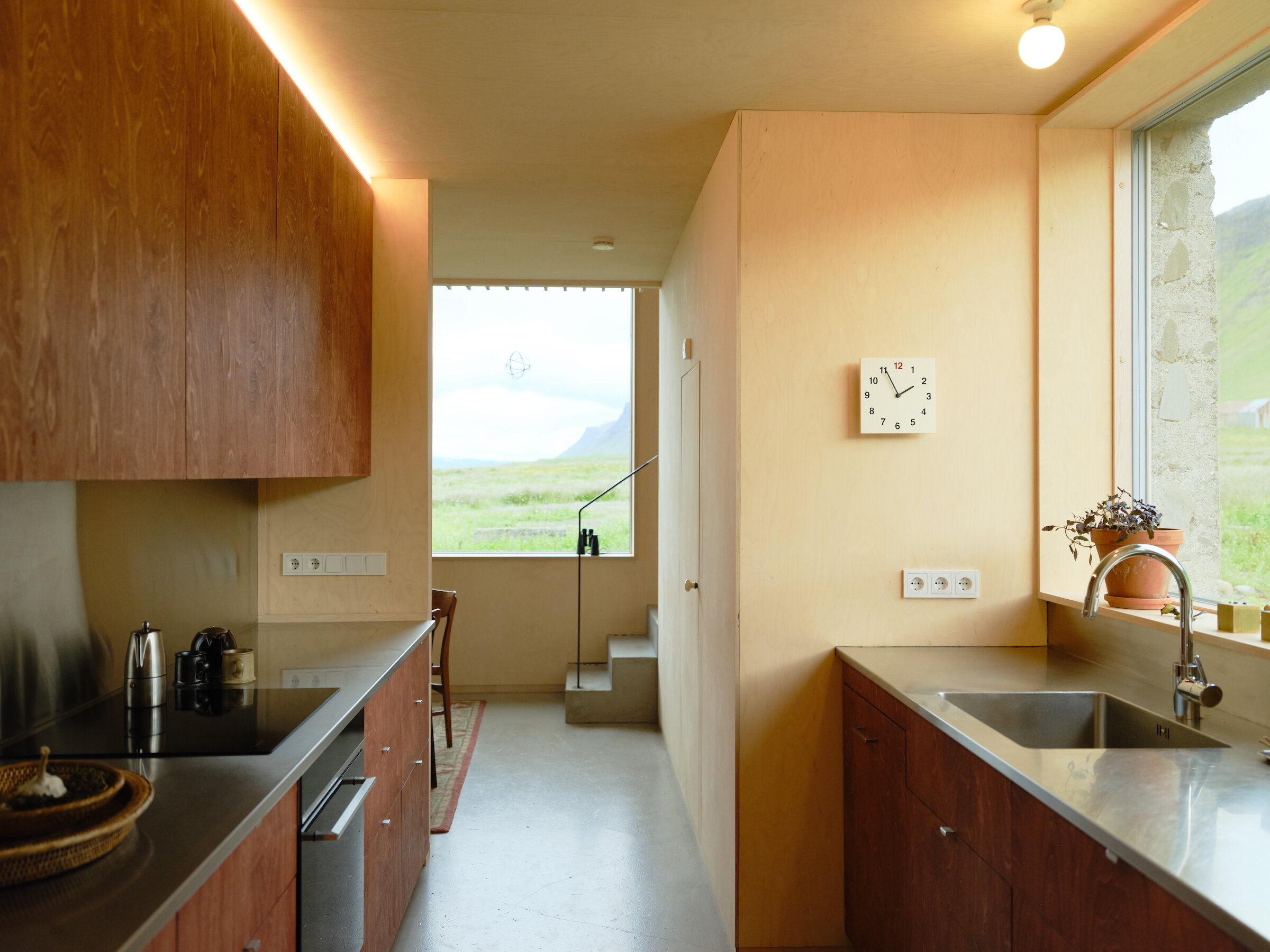 The conversion also includes a kitchen and dining space, as well as a bedroom. Incorporating the natural environment surrounding the house into the conversion was important to the client. The kitchen, in particular, bears a strong connection to the site — the clients refer to it as a “living kitchen” and have filled it with locally harvested edible seaweed, medicinal herbs and fish. 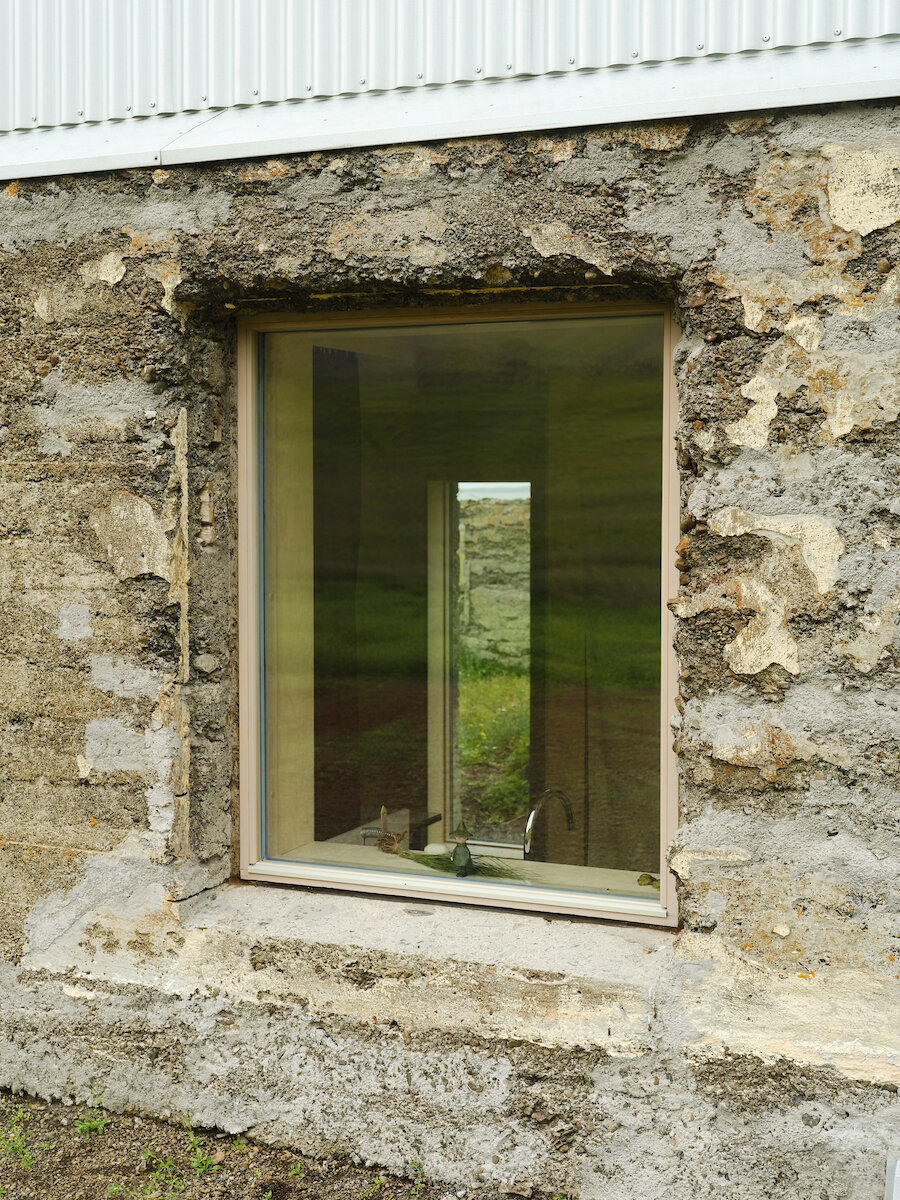 LED lighting ensures that all the spaces stay bright during the dark Icelandic winter, while a skylight provides northern light and ventilation to the studio. In the summer, oversized windows bathe the rooms in the sun’s strong rays. 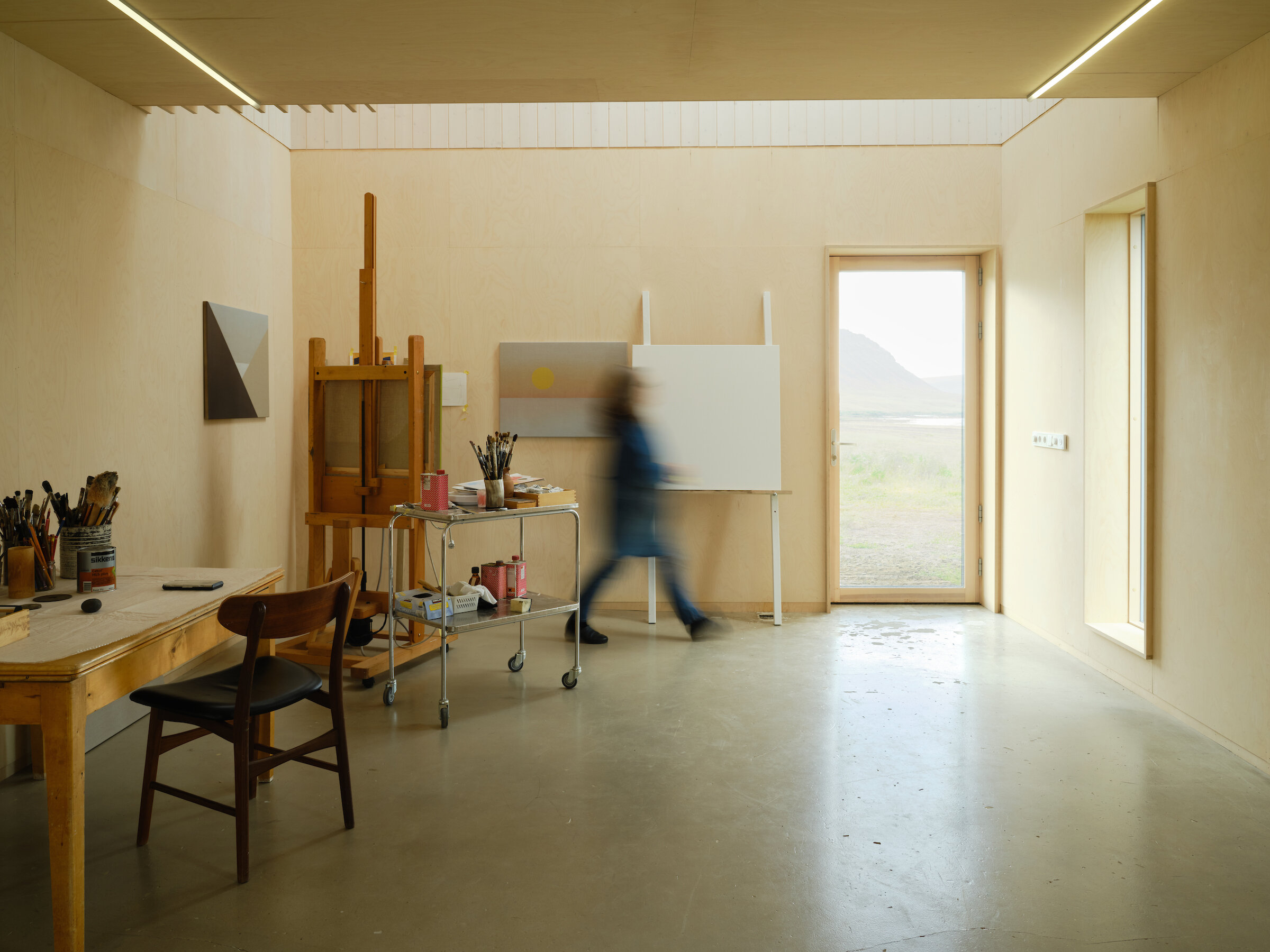 Storage was an important feature of the interior architecture, as the studio endeavoured to maintain a minimalist feel and avoid visual clutter. According to Bua, “the renovation has been conceived and built as a piece of art.” Fittingly, the muted colours chosen for the walls and furniture offer a demure backdrop for Kristjansdottir’s paintings to be displayed. Stained birch plywood makes up the majority of walls, while polished concrete offers a spill-proof yet elegant flooring option. 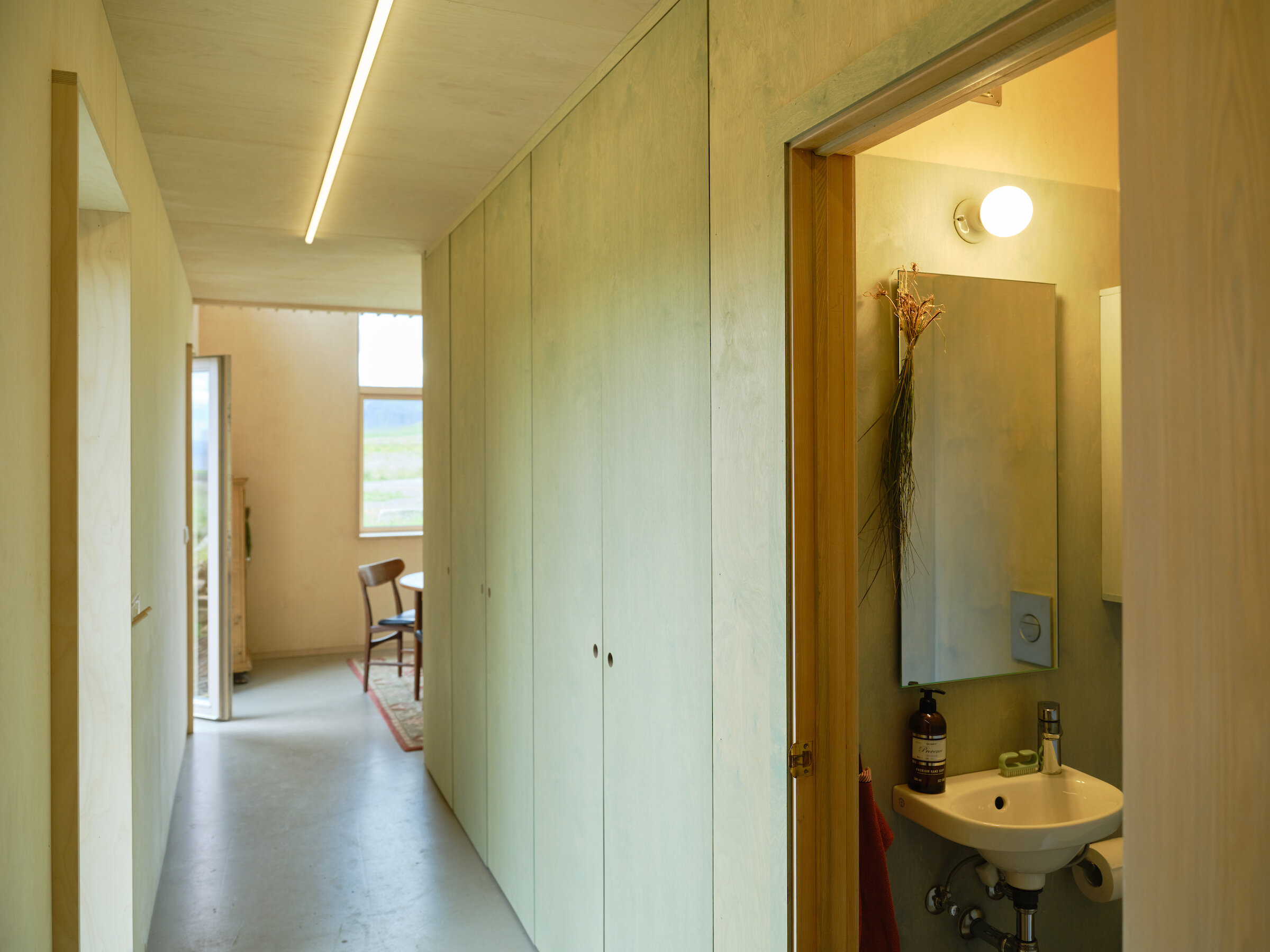 Studio Bua also brought a sustainable ethos to the barn conversion: interior doors were reclaimed from the Reykjavik city recycling centre and a woollen curtain from the clients’ inventory is used as a partition in the atelier.  Outside seating and patio table legs have been created from concrete discarded by the creation of new openings in the walls. 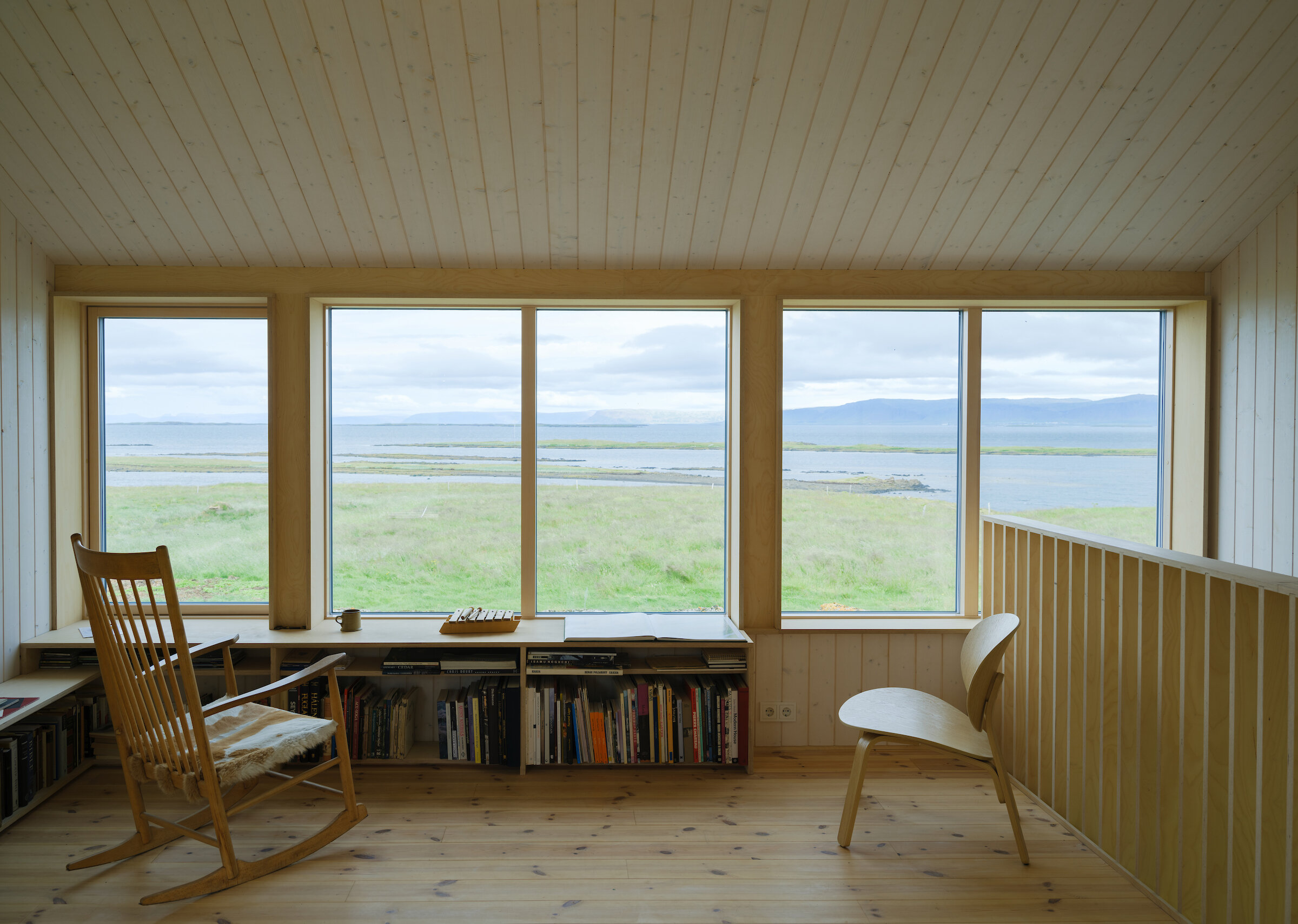 Eventually, Studio Bua will go on to rethink the neighbouring buildings, transforming them into a cohesive assemblage that can be used by the owner’s family and friends. In this majestic yet desolate landscape, it’s a welcome presence that successfully builds on the past while enhancing the present.

Studio Bua used the remains of an old farm’s foundation as the basis for a striking new artist studio.