The Meaning Behind Burning Man and its Astounding Architecture
Two weeks ago, Alex Josephson of Partisans drove an Airstream onto the playa of Black Rock City, Nevada, to experience Burning Man. from his second trip to the ultimate temporary city 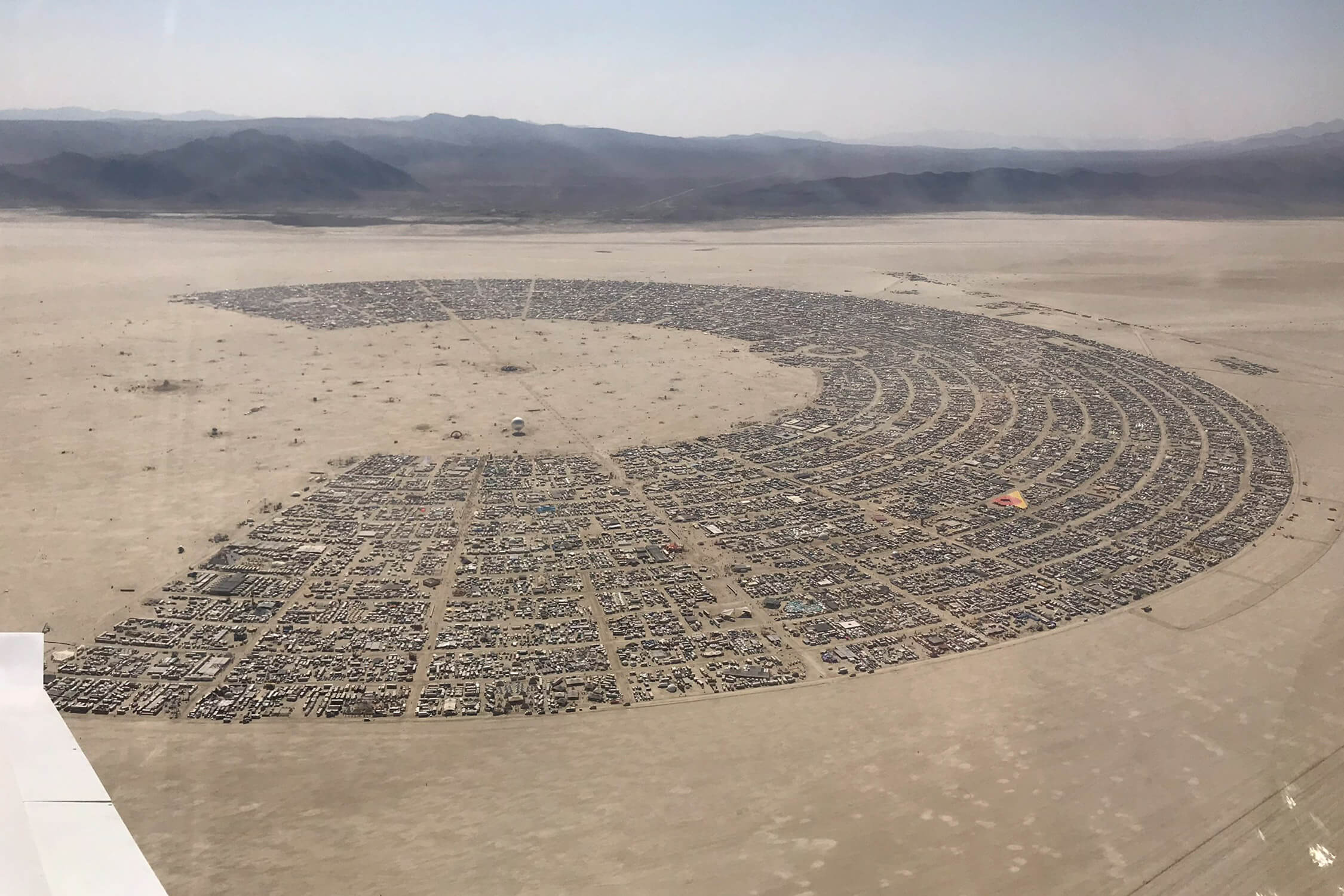 It evokes the memory of visiting Paris for the first time. Or flying into New York, getting lost in Rome, in Tokyo or in Shanghai. The experience of arriving at Black Rock City, in the middle of the desert in Northern Nevada, is reminiscent of those awe-inspiring moments when visiting any great city for the first time. Except, each year, it is a new surprise. Built by the participants of the nearly 30-year-old Burning Man festival, this evolving city, like all cities, is built for a reason. And yet, it has no equal in the world — with Phoenix-like symbolism, it rises up from the playa dust of the Black Rock Desert and is partly burned down to renew. It keeps reinventing itself. 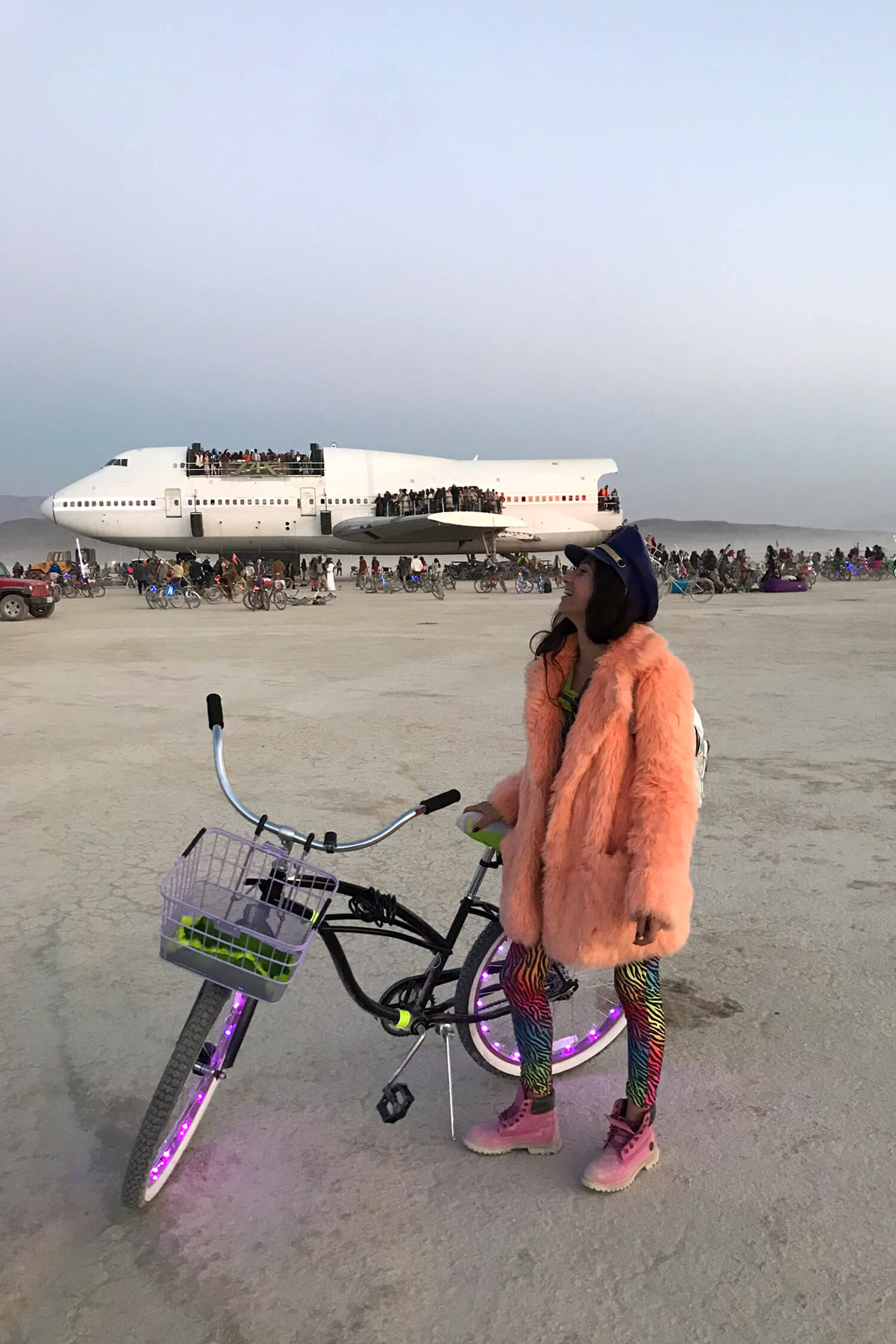 The citizens gather, every year, to populate the playa by way of a series of experimental structures, architectural marvels, and temporary artworks that vary in aesthetics, materiality and possibility. These experiments become the platforms, at all scales, upon which music and art performances and talks take place. It is important to both visit these follies and to participate in their life and creation, as Burning Man’s 10 tenets espouse radical self-expression and participation rather than spectatorship. 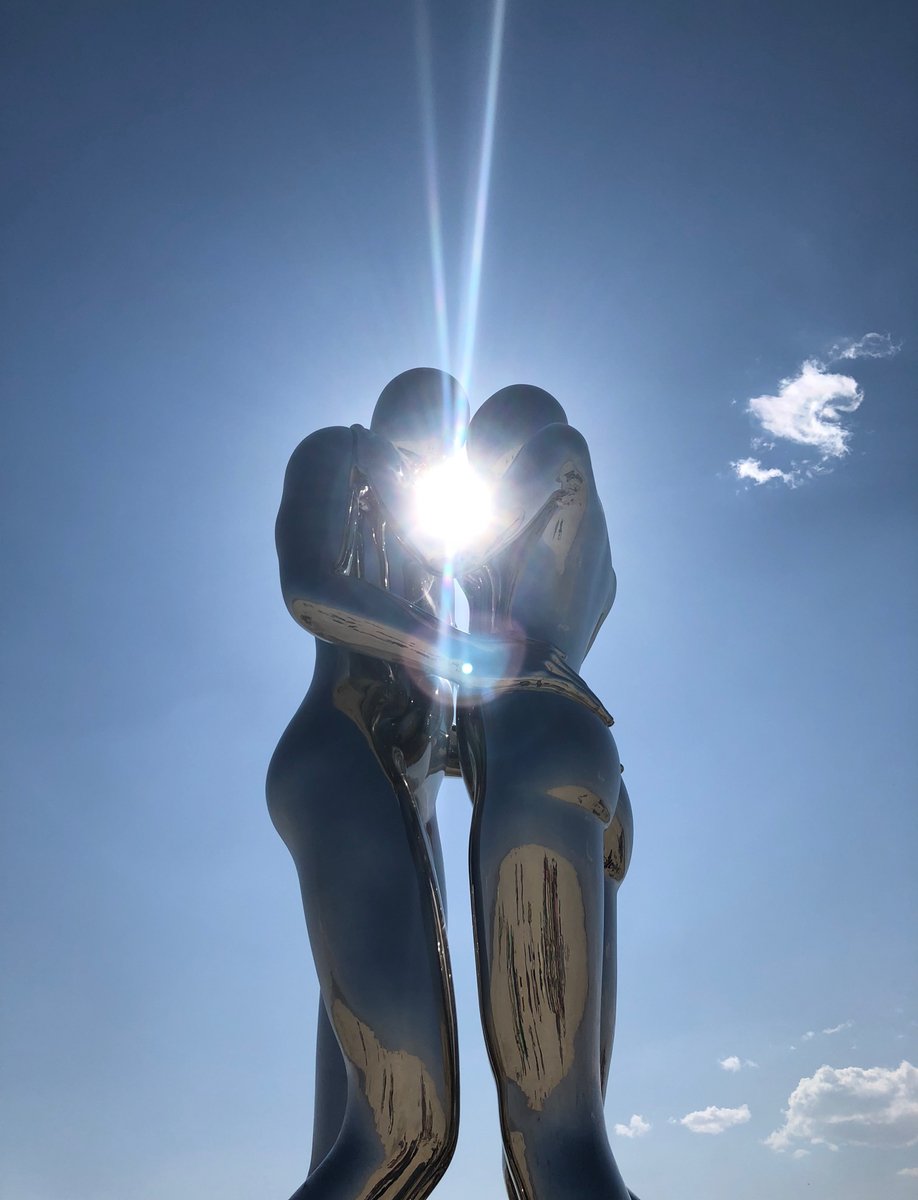 As a whole, Black Rock City is a set — an ephemeral framework upon which almost anything is possible: most of the rules architects struggle with when it comes to codes, regulations or city-by-laws are flaunted here. You can build almost anything. The city’s truncated circular format, within a pentagonal boundary, speaks of important theories about “the ideal city of the future,” such as Chaux by Ledoux or the Garden City by Sir Ebenezer Howard. In it, the many installations, pavilions, and camps form shelters that house informative lectures by day only to light up into their post-dusk alter-egos, forming the stages upon which some of the world’s most prominent DJs play. However, there is no main stage, there is no city hall, and there is no centralized power. One must make the most of their time by connecting inwardly and with others in order to experience this temporary city. 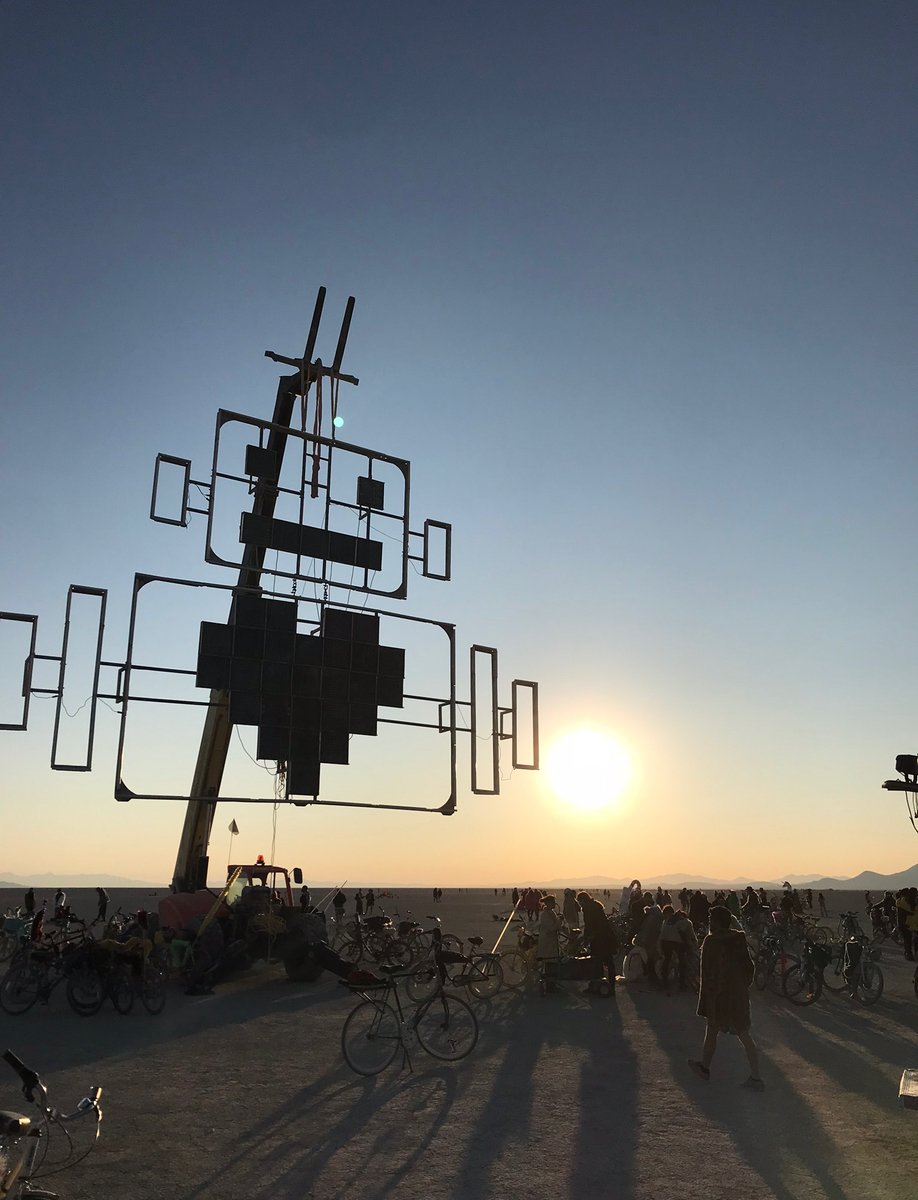 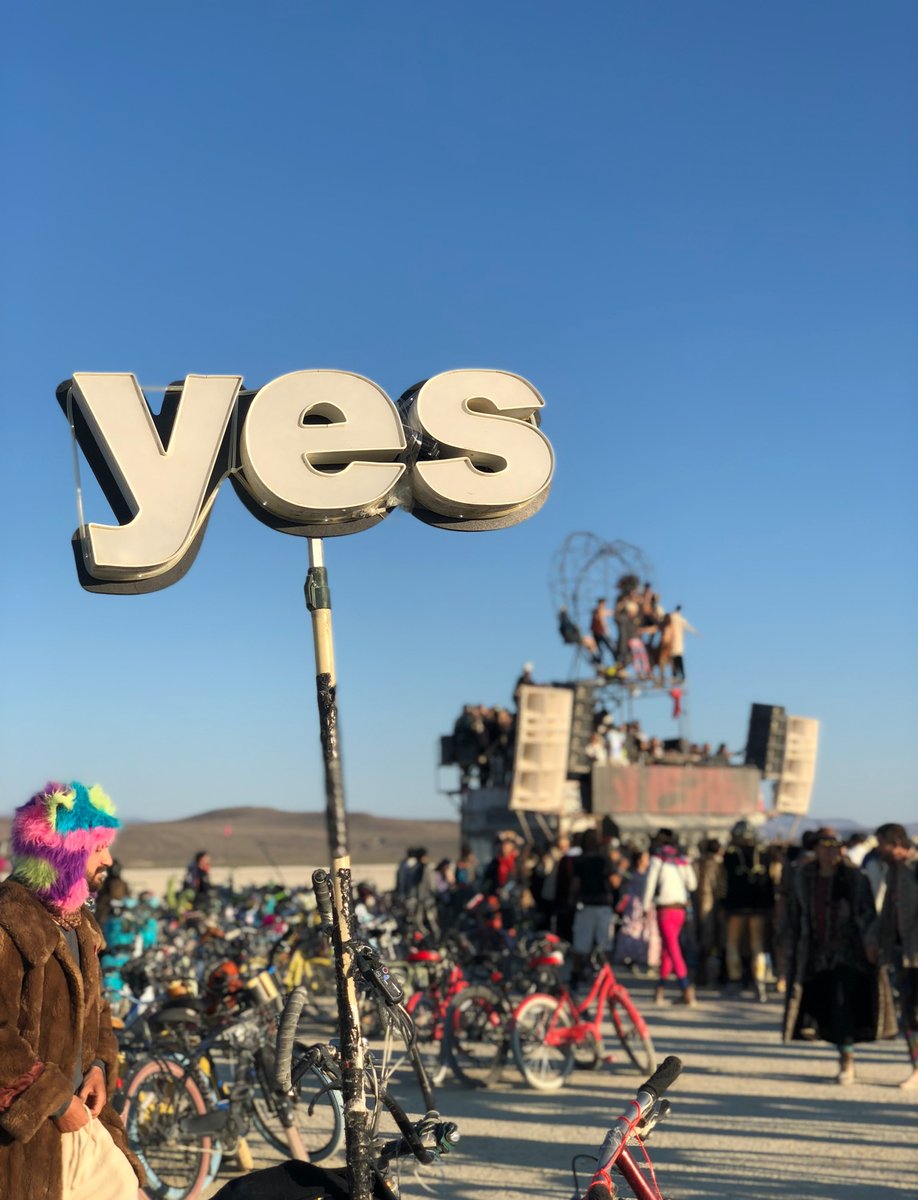 Amongst the architects and designers participating this year were Michel Rojkind, Ralph Nauta and Bjarke Ingels. BIG Idea (Bjarke Ingels and Jakob Lange) installed the Orb — a 1:500,000 scale representation of the Earth as a reflective globe. Although its installation was wrought with technical challenges, its scale and presence could not be underestimated. It had a surreal effect, especially when dust storms rendered the Orb to appear to float, defying gravity, above the playa. 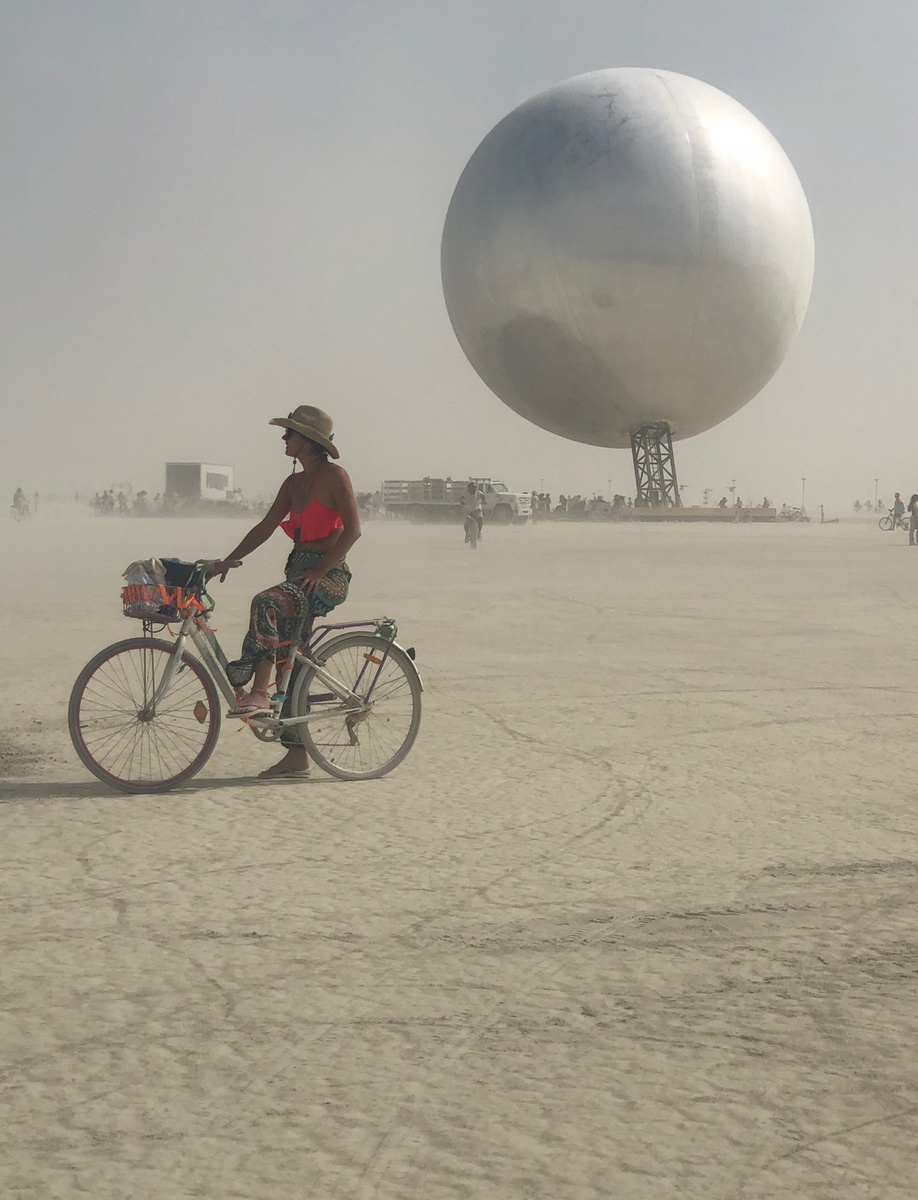 Studio Drift’s Ralph Nauta, a renowned designer who in 2017 installed thousands of interactive LED leaves that illuminated the playa with an ethereal reference to a tree, returned this year with Franchise Freedom. Six hundred flying LED drones, controlled from a central base, performed a tribute to Larry Harvey, the co-founder of Burning Man, who passed away suddenly this past spring. Dutch composer Joep Beving delivered the soundtrack to this incredible drone swarm in the dark sky above the deep playa. The image of these drones hovering above their ominous-looking base served as a harbinger for tomorrow’s technology of greater sophistication, the kind whose impact we can’t even begin to imagine. Sublime in its beauty, the performance was an apt reminder. 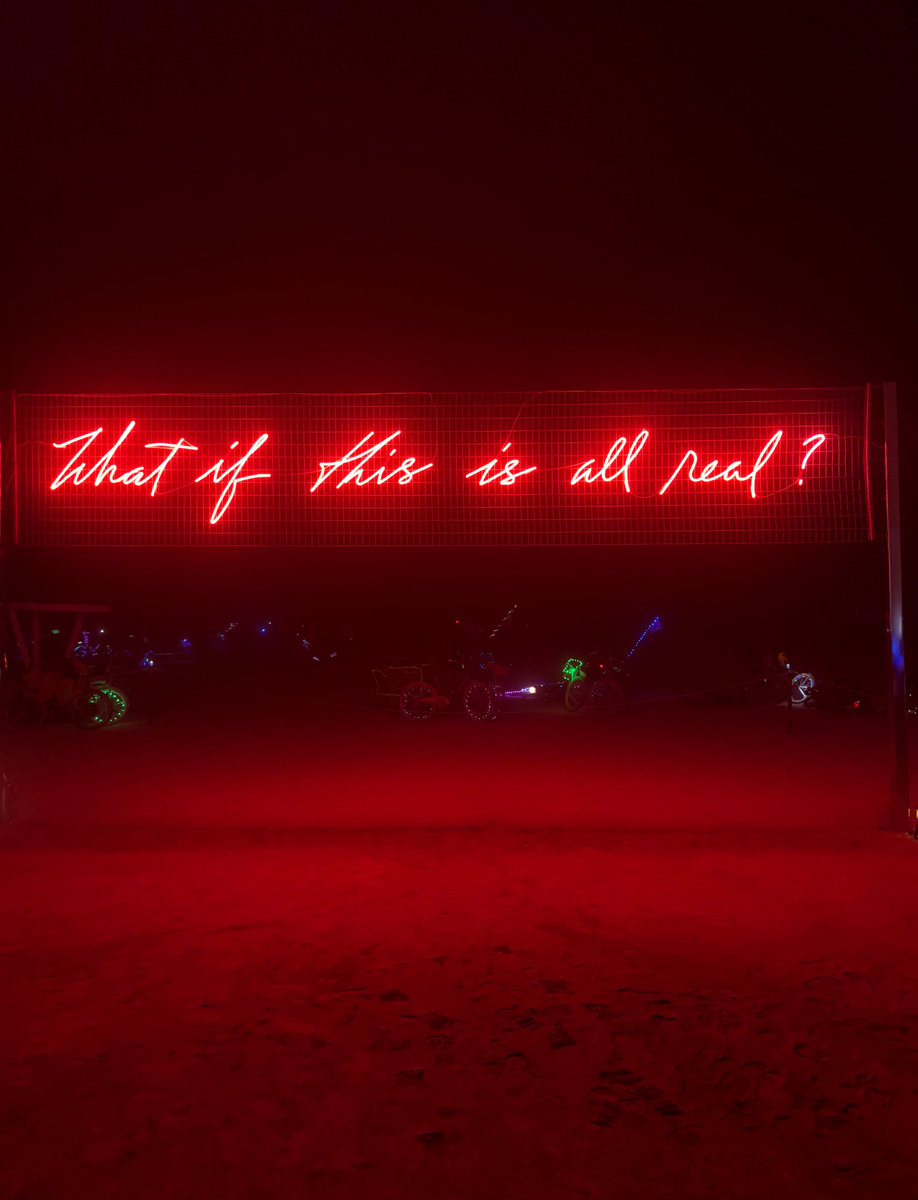 The Temple — the playa’s central spiritual sanctuary — was one of this year’s highlights. Designed by Arthur Mamou Mani, it rose up as a tornadic form of parametrically triangulated wooden beams that scaled as they twisted toward the sky. It was architecture, purposely built as an effigy, and completely monumental in its final, spell-binding moments. 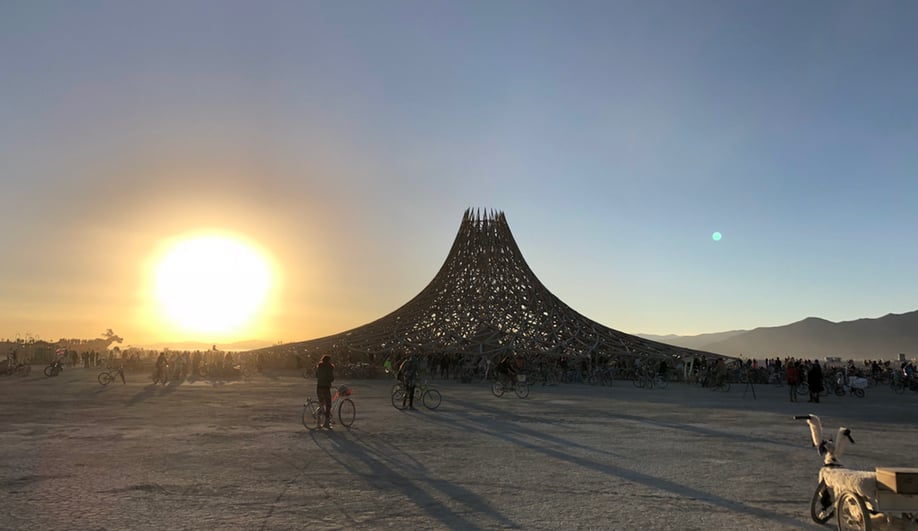 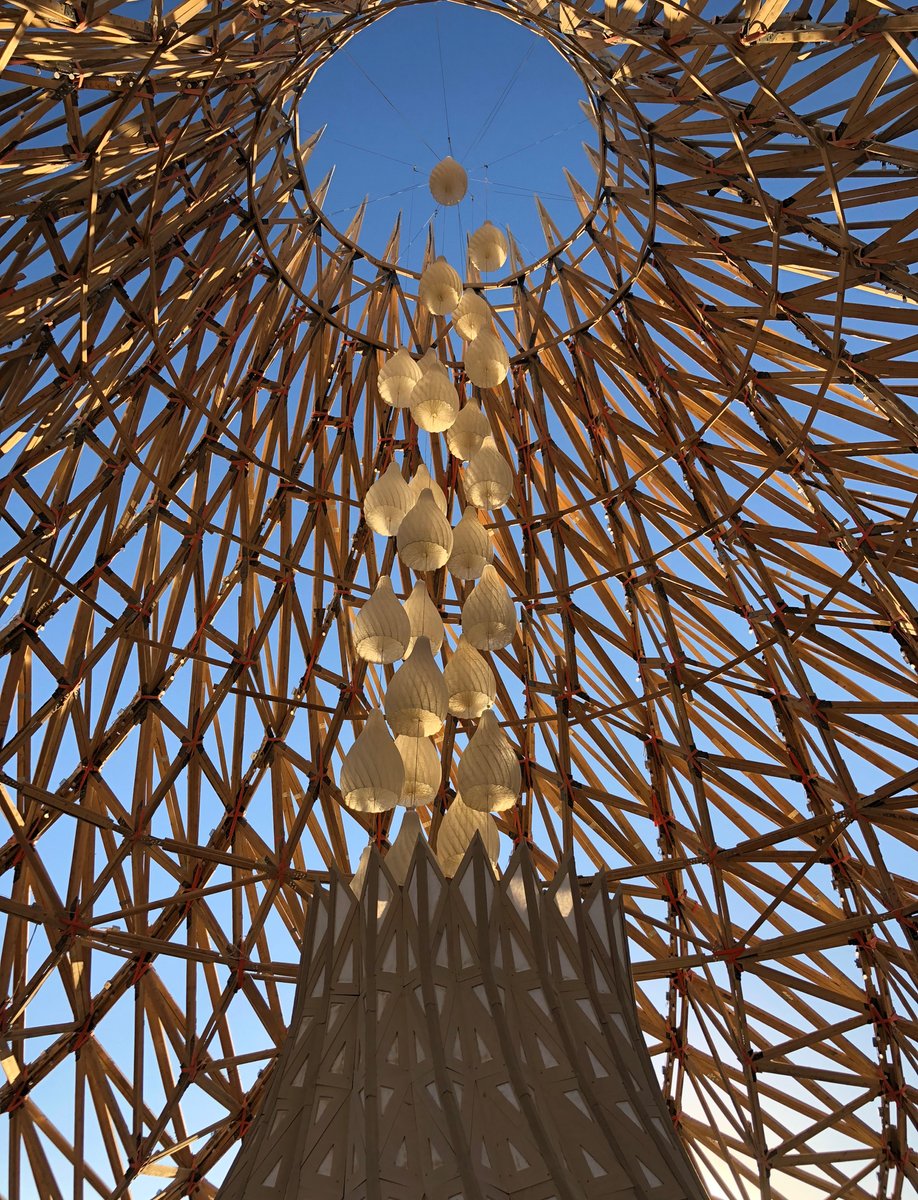 Beyond the physical, the emotional experience of being amongst the group of pilgrims who made it to the playa this year was profound. People act differently; they are interested in each other’s lives, not just their work. In fact, I spoke very little about work. It is common for people to leave and feel intensely about going back to the “default” world of competition and survival-of-the-fittest attitudes. If there is one thing Burning Man could teach us all it is that there is a way for each of us to live more thoughtful, generous, curious, and empathetic lives. 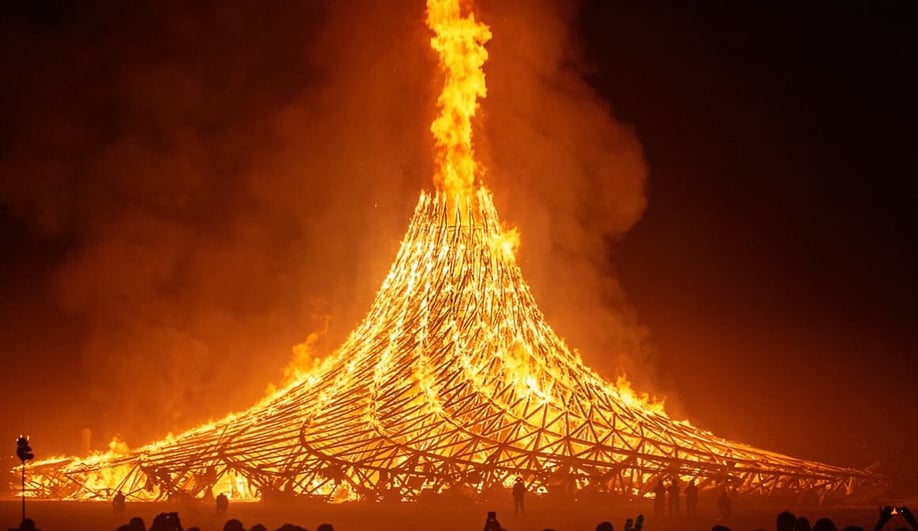