This Surreal Bjarke Ingels Orb May Be Heading to Burning Man
Bjarke Ingels wants to float The Orb, a metallic planet-like sphere, at Burning Man 2018. But can he raise enough money to bring the installation to the Playa? 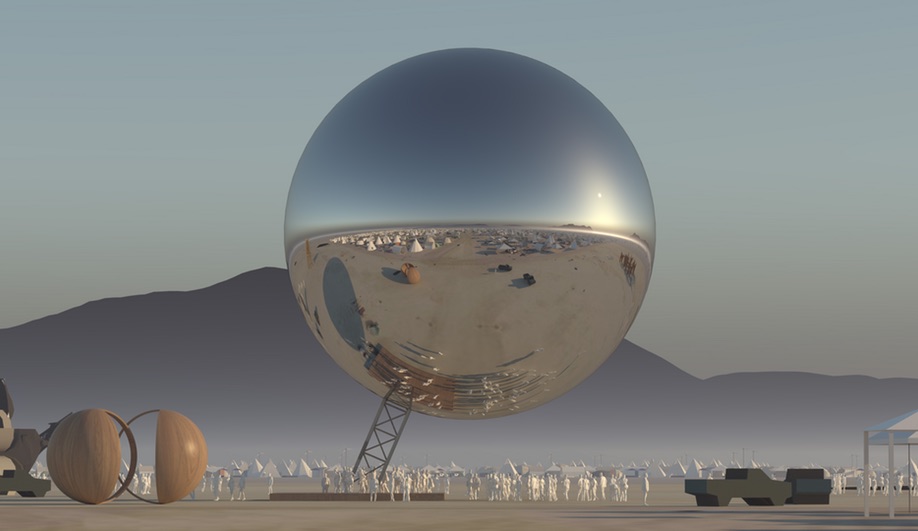 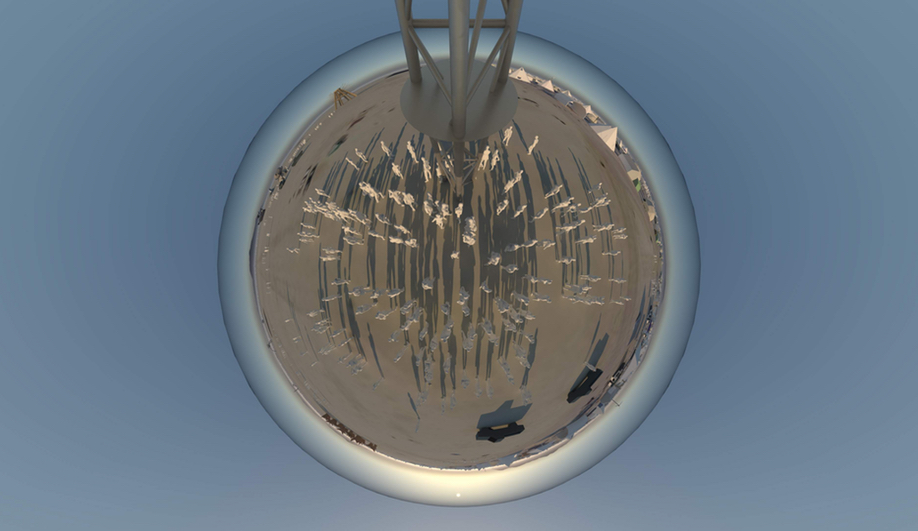 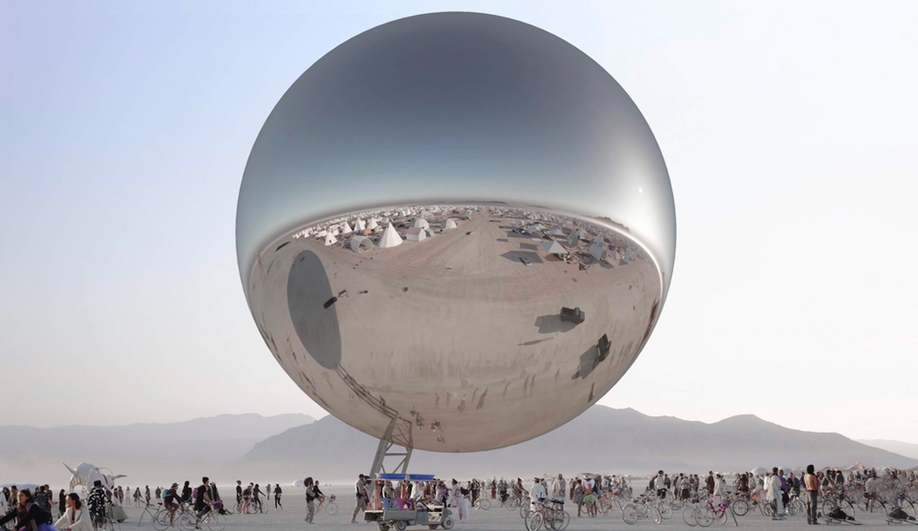 Burning Man, the annual event in Black Rock City, Nevada, is no stranger to high-profile architects. Indeed, a number of designers have been spotted on the Playa: Fuse Studio’s Yves Béhar, Partisans’ Alexander Josephson and BIG’s Bjarke Ingels have all attended, while different architects are selected each year to construct the central Burning Temple. (Digital fabrication specialist Arthur Mamou-Mani has been chosen for the 2018 edition.) Ingels will attend again this year, and he wants to bring something truly spectacular with him: a planet-like sphere he calls The Orb.

Ingels and partner Jakob Lange are currently fundraising to bring The Orb – which promises to add an element of Labyrinth-esque whimsy to the Playa’s Mad Max-worthy landscape – to Black Rock City, having raised nearly $12,000 of his $50,000 Indiegogo goal (all figures U.S.). The installation is a 1/500,000th replica of the Earth, which, in its final form, will have a 25-metre diameter. Constructed from inflated chromatic fabric, which is used in NASA weather balloons, and supported by a steel truss, the installation will rise five metres off the ground, reaching a total height of 30 metres. 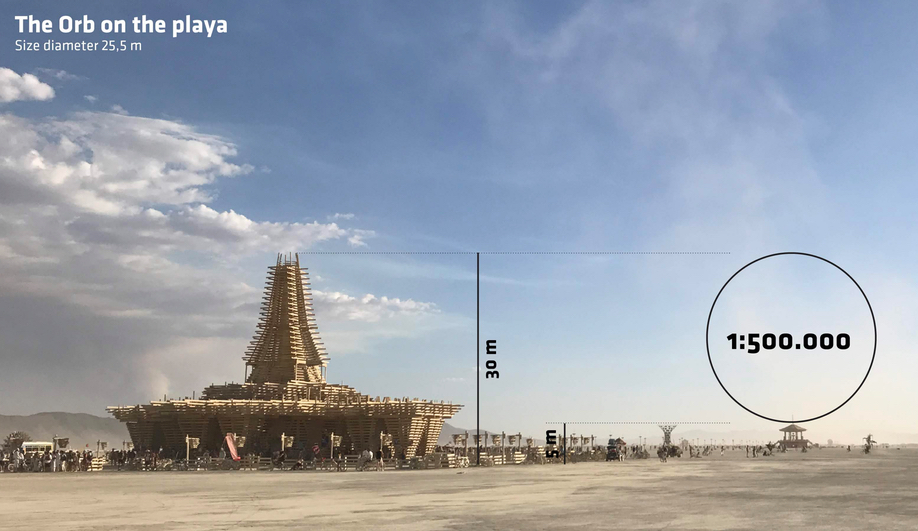 “This,” says BIG partner Kai-Uwe Bergmann, “is Bjarke and Jakob’s way of walking the talk by trying to take an ambitious design and demonstrating it can be realized.” 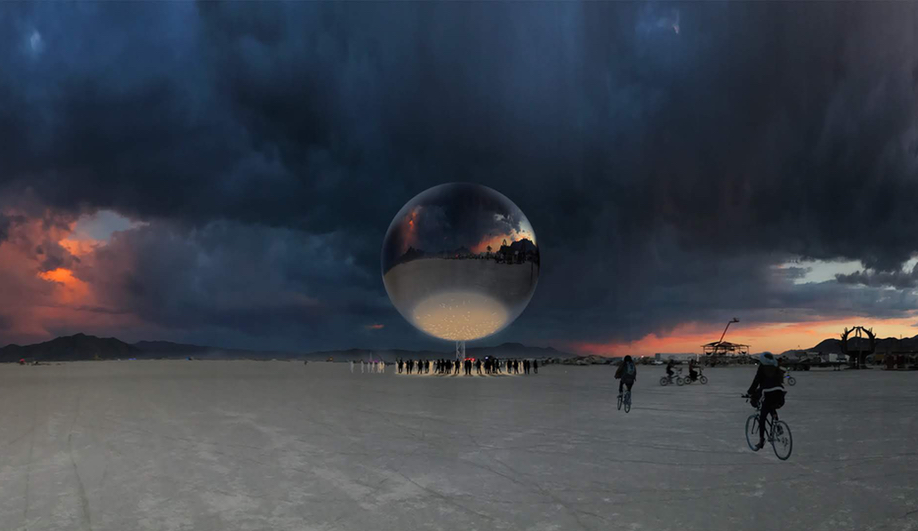 That ambitious design, however, wasn’t originally planned for Burning Man. Instead, The Orb was initially pitched as part of the Stockholmsporten design competition, which developed a master plan for Stockholm’s entrance at Hjulsta, an intersection of two highways where “all you could see was sky.” The solution (below), designed by BIG, included a mirrored planet that collected energy via embedded solar panels, providing energy for nearby communities. 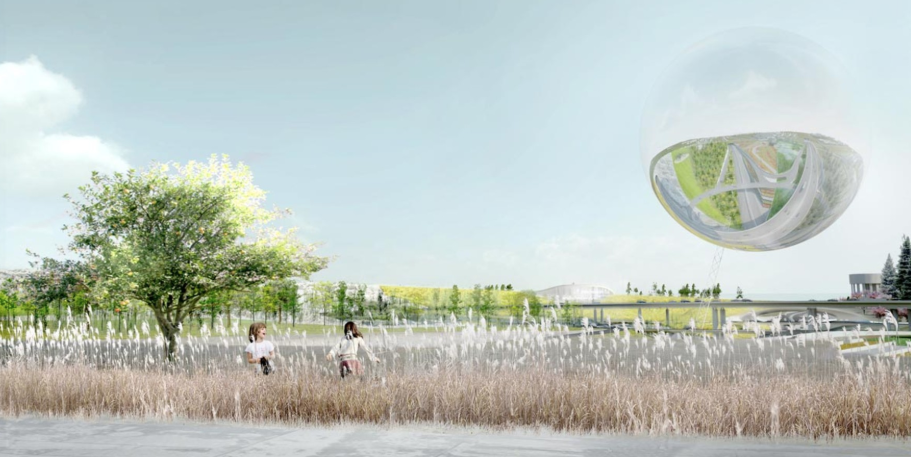 While BIG won that competition in 2011, its silvery planet never came to fruition. But it didn’t ditch its concept – instead, it adapted it for the Nevada desert. A 30-tonne steel truss now runs through the sphere, attaching itself to a baseplate; Ingels and Lange says it’s designed to withstand 112-kilometre-per-hour winds. Their engineers calculated “all of the structure and wind dynamics” for the desert, and the team says it has sunk $300,000 into the installation already. 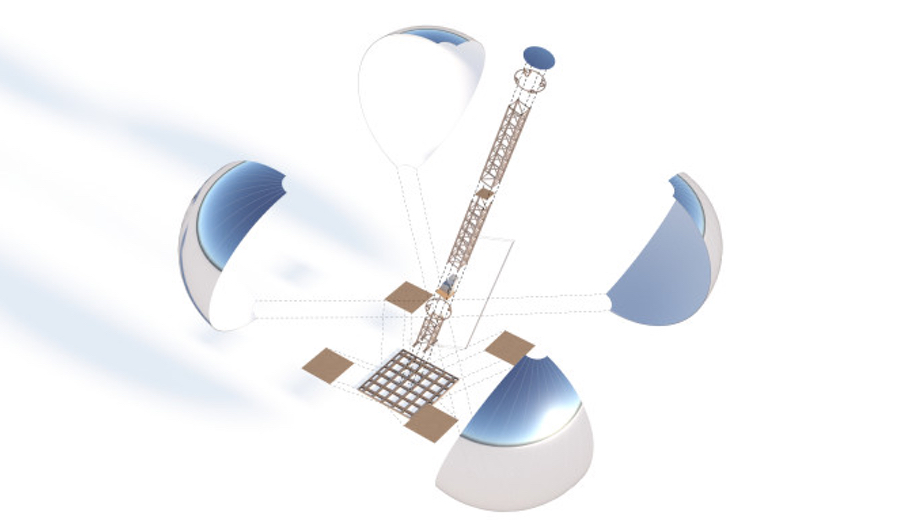 Ingels and co. evidently expect to hit their fundraising goal – materials are already being transported from Europe in five shipping containers, and it is earmarking a 15-person construction crew for the project. Welding has already begun on the streel trusses (below). 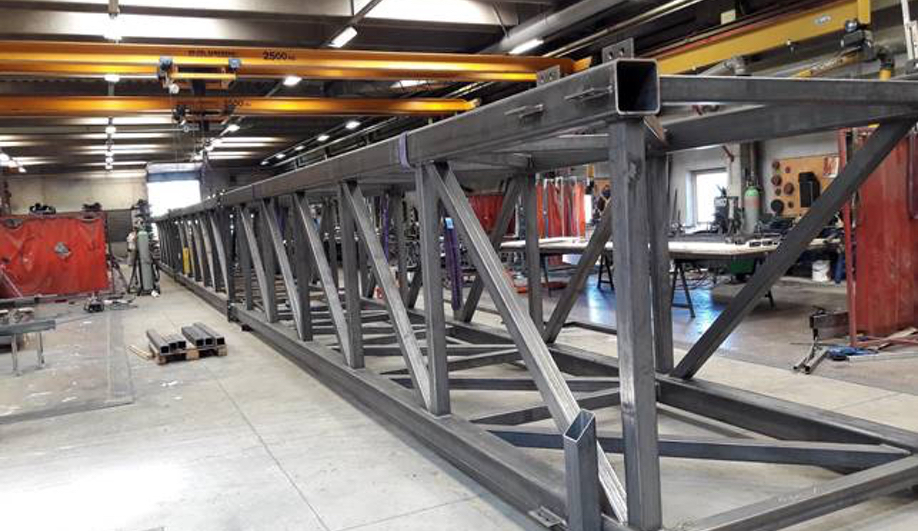 Ingels and Lange are (adorably) calling the project’s supporters Orboters. On Indiegogo, different funding tiers offer supporters postcards, posters and even replica orbs. The duo says The Orb will be visible from all of Black Rock City, reflecting the area and its Burning Tower back to their surroundings. 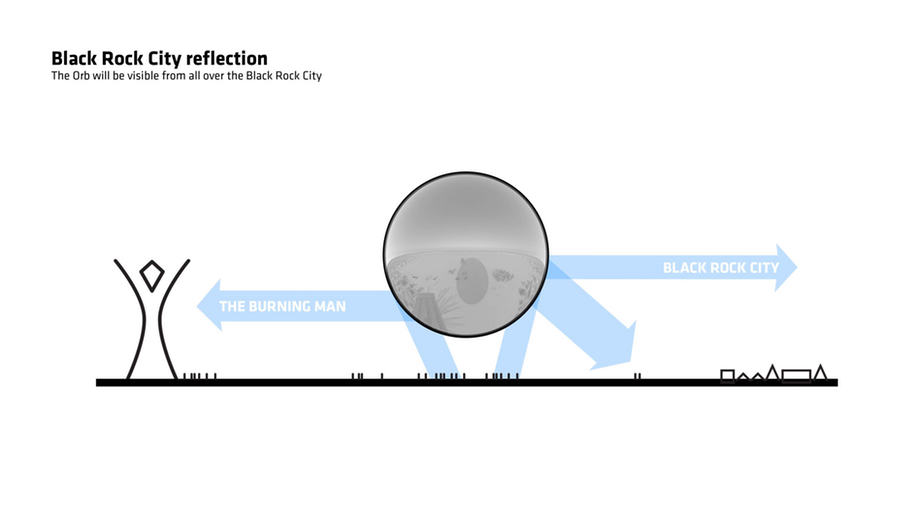 The Orb by the Numbers

50,000 The number of U.S. dollars the team hopes to crowdfund alongside its investment

2,000 The surface size of The Orb, in square metres

1,500 The number of hours required to sew the chromatic silver fabric

1,000 The number of hours needed to weld The Orb’s trusses

30 The tons of steel for trusses

25.5 The circumference of The Orb, in metres 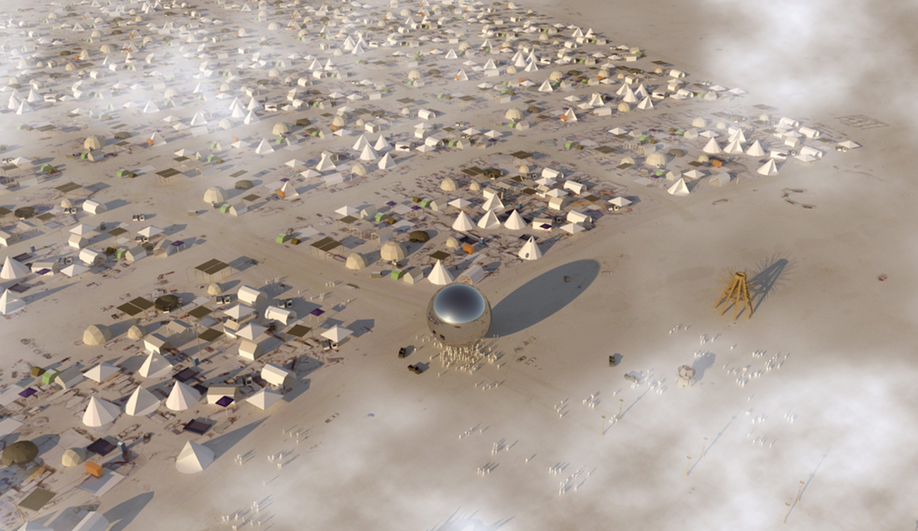