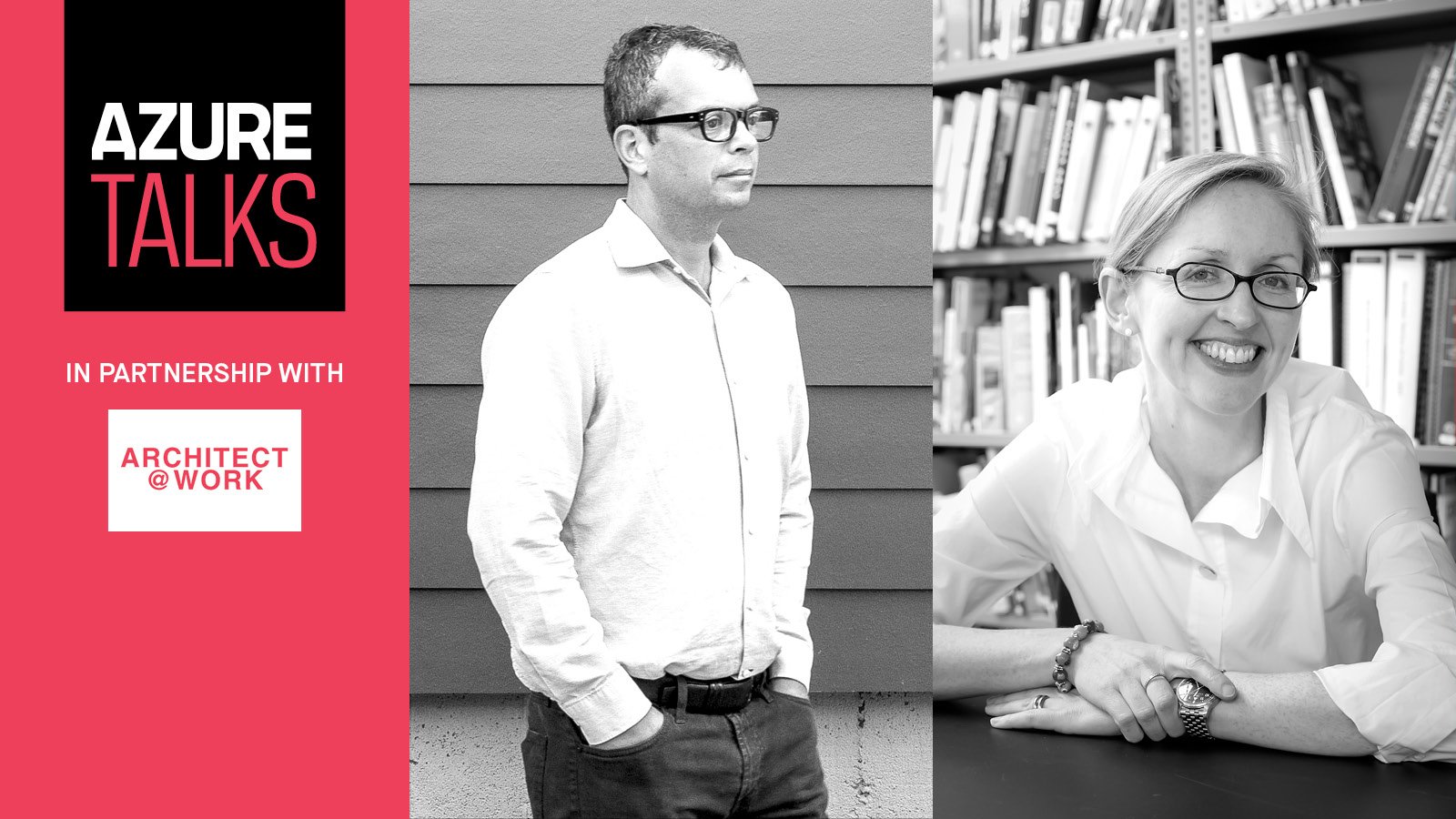 The Irish-born co-founder of Heneghan Peng and American founder of Oregon-based Waechter Architecture will deliver keynote talks in April at [email protected] in Toronto.

Heneghan, whose firm maintains offices in Dublin and Berlin, was shortlisted by Architects’ Journal for its Woman Architect of the Year title in 2014. Heneghan co-founded her practice with Shi-Fu Peng in 1999 in New York. Two years later, the duo relocated the office to the Irish capital.

Known for its multidisciplinary prowess, Heneghan Peng was awarded one of the world’s most coveted commissions – designing the Grand Egyptian Museum outside Cairo, north of the pyramids at Giza – in 2003. According to The Irish Times, the firm secured the job by beating out more than 1,500 practices from 83 countries in an international competition. Budgeted at €300 million, the long-awaited museum is slated to open later this year, after nearly two decades of planning and construction.

A rendering of the Grand Egyptian Museum.

Other prominent Heneghan Peng projects include the Giant’s Causeway Visitors’ Centre in Northern Ireland, the Palestine Museum in the Middle East and the proposed Canadian Canoe Museum in Peterborough, Ontario.

Waechter, who worked at Renzo Piano Building Workshop in Italy before establishing his eponymous firm in Portland, Oregon, is a proponent of “clear, distilled” design and “experiential” results – principles that the architect has applied to a variety of building types, from housing to hospitality.

Located in the heart of Oregon’s wine country, for instance, Waechter’s renovation and expansion of Furioso Vineyards, a haphazardly outfitted facility, unified and enhanced the compound in a “distinct and complementary” way, while his design for the Society Hotel in Bingen, Washington, a community in the Columbia River Gorge, maximized “the relationship of the hotel to its natural context.”

Origami – a distinctively pleated multi-unit housing complex designed by Waechter for a low-rise neighbourhood in Portland – was featured in the January/February 2020 issue of Azure.

Slated for Toronto’s Enercare Centre on April 1 and 2, the Canadian edition of [email protected] is the fourth to be held in the city since 2017 and the only instalment of the gathering in North America. Waechter’s keynote is scheduled for 3:00 p.m. on Wednesday, April 1, while Heneghan will give her address at 3:00 p.m. on Thursday, April 2.

Tickets for this AZURE Talks event are free. It will take place during the only North American instalment of [email protected], an international convention being held for the fourth year in Toronto in April. Register now [email protected] using code AZ4040.

These AZURE Talks are in partnership with [email protected] Roisin Haneghan’s lecture is presented by Scavolini. Each lecture qualifies for one ConEd structured learning hour. A certificate will be provided upon request, post-event, by e-mail.

The Irish-born co-founder of Heneghan Peng and American founder of Oregon-based Waechter Architecture will deliver keynote talks in April at [email protected] in Toronto.