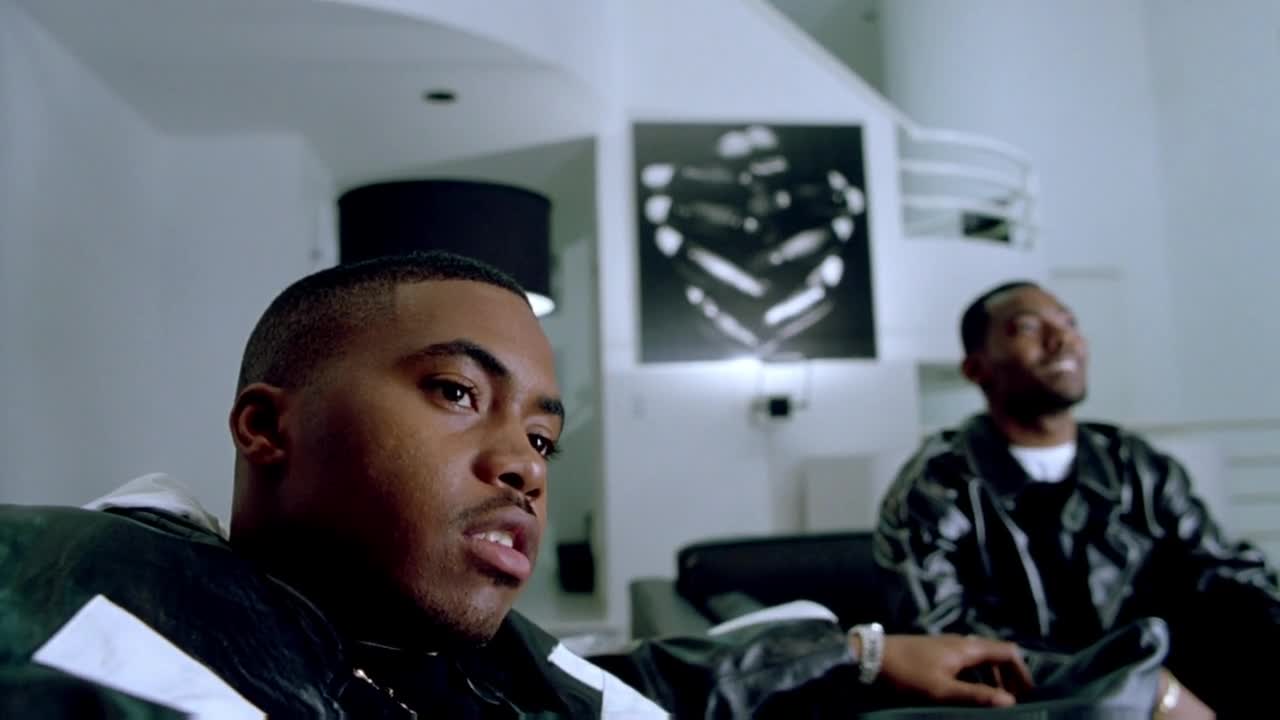 Architecture Has Always Been a Part of Hip Hop’s History

“Hip hop culture was created with modernism as the backdrop,” Michael Ford tells us.

Michael Ford lives at the intersection of hip hop and architecture. Admittedly, the genre isn’t the first thing that comes to mind when you think about the industry, but maybe it should be. With recent projects like sekou cooke’s Close to the Edge exhibition, visitors discover that architecture has always been integral to hip hop in many different ways.

In thinking through the two, a particular movie comes to mind: Belly. 2019 marks 21 years since Hype Williams’s gritty debut feature, which follows Buns (DMX) and Sincere (Nas) in their climb for power and money. Though it didn’t hit the mark with critics, it is rightfully a cult classic and canon for Black films and hip hop aficionados alike. Though Belly is praised for its influence of style, how it changed hip hop and Hollywood – and of course its memorable soundtrack – one of the the most underrated sites of analysis is what it offers architecturally, specifically in the iconic “Tommy’s Crib” scene.

Little is known about “The White House” outside of the fact that it is located in Florida. In the two decades since the film’s release, a popular cult legend developed around the house, which was said to have belonged to DMX, though that story was recently debunked by Williams. Nonetheless, as a work of modernist architecture, its interior is a small masterpiece. In Belly, its elegant, all white, minimal aesthetic is punctured with the mesmerizing work of Thierry Le Gouès’s black-and-white nude photography displaying the beauty of Black women.

With Belly‘s pending theatrical re-release set for late 2019, AZURE spoke with Michael Ford. An architectural designer, the Universal Hip Hop Museum’s Architecture Project Lead, and the founder of the Hip Hop Architecture Camp, Ford shared his thoughts about Belly and the intersection of hip hop and architecture. While the scene may have been memorable in its own right, Ford suggests that it’s not architecture itself, but the people that inhabit it that make architecture impressionable.

AZURE: Tell us a little more about hip hop and architecture.

One of the statements that Nas made in his song “I Can,” where he encourages young people about the careers that they can explore, is [to become] an architect. It’s one of the very first that is mentioned. We play [that song] for all of our young people who come to the Hip Hop Architecture Camp. We’re letting them know that Nas thinks that architecture is something relevant enough for him to mention in the song. Nas hasn’t come to a camp yet, but another project that he is involved with is the Universal Hip Hop Museum. I’m the lead designer [there] and he’s part of the development of the project through his company Mass Appeal.

How would you describe the architecture that you saw in “Tommy’s Crib?”

It is one of the many memorable scenes in the movie. I think one of the goals that I have when I talk about hip hop in architecture, especially in the camp with young people, is I’m always trying to show [them] how architecture plays a role in the culture, whether it’s through exploring the backdrop of popular music videos, the backdrops of album covers, or in this case, the backdrop to a movie. One of the things that’s interesting about the house is that the house itself is black and white. This very modern piece of architecture. If you recall the soundtrack, where DMX and Nas are on the cover, you can almost argue that they are dressed like that house. So it is definitely a recognizable scene and piece of architecture. I delivered a TEDx Talk on this topic where I call hip hop culture a post-occupancy evaluation of modernism. Hip hop was essentially born in the environments that were visualized and created by modern architects [and urban planners] in New York. Hip hop culture was created with modernism as the backdrop. To now have a movie where that architecture is playing a prominent role in – and that features hip hop artists – is something that opens up some interesting dialogue.

One of the things that I notice is that a lot of the times when house and home are showcased through hip hop music videos, they embody the ethos of modern architecture. Is that an observation that you’ve also noticed as well?

That’s true. Even if you look at, not just movies, but music videos, for example, Drake’s “Hotline Bling” that had a very modernist take to it. But hip hop, I won’t say that all of the movies or music videos that show housing or architecture are always modernism. I think hip hop is a global culture and just due to the fact that it is a global culture, many of those backdrops are different. Belly had a lot of modern architecture, but if you look at movies today or music videos, there’s a lot of different styles that are being shown.

Black Panther‘s release brought the discussion of Afrofuturism back to the forefront, so it’s a variety. One thing that modernism does provide that some of the other styles don’t is that modernism is, you can argue, about removing ornamentation and stripping things down to the bare essentials — which is problematic in and of itself and another discussion completely. What are the bare essentials? But it allows the artist and the work to really resonate within that space where the architecture is present. Again, there’s not as much ornamentation, so an artist normally takes presence in the shots.

From an architectural standpoint, what makes that particular scene memorable?

I don’t know if it’s only the architecture. Belly is just one of those movies. It’s just a memorable movie. You have two of the hottest names in hip hop in it. If you take DMX and Nas out of this space, would we still talk about it today? I say absolutely not. It’s the people who make the space and not the space that makes the people.

The best way to describe it is to say that architecture is, or should be, about the people, the inhabitants. And it’s the people who make the space. I think it’s the people in the scene who are really making this space. They’re adding to the space to make it something memorable.

This interview was condensed and edited for clarity.

“Hip hop culture was created with modernism as the backdrop,” Michael Ford tells us.