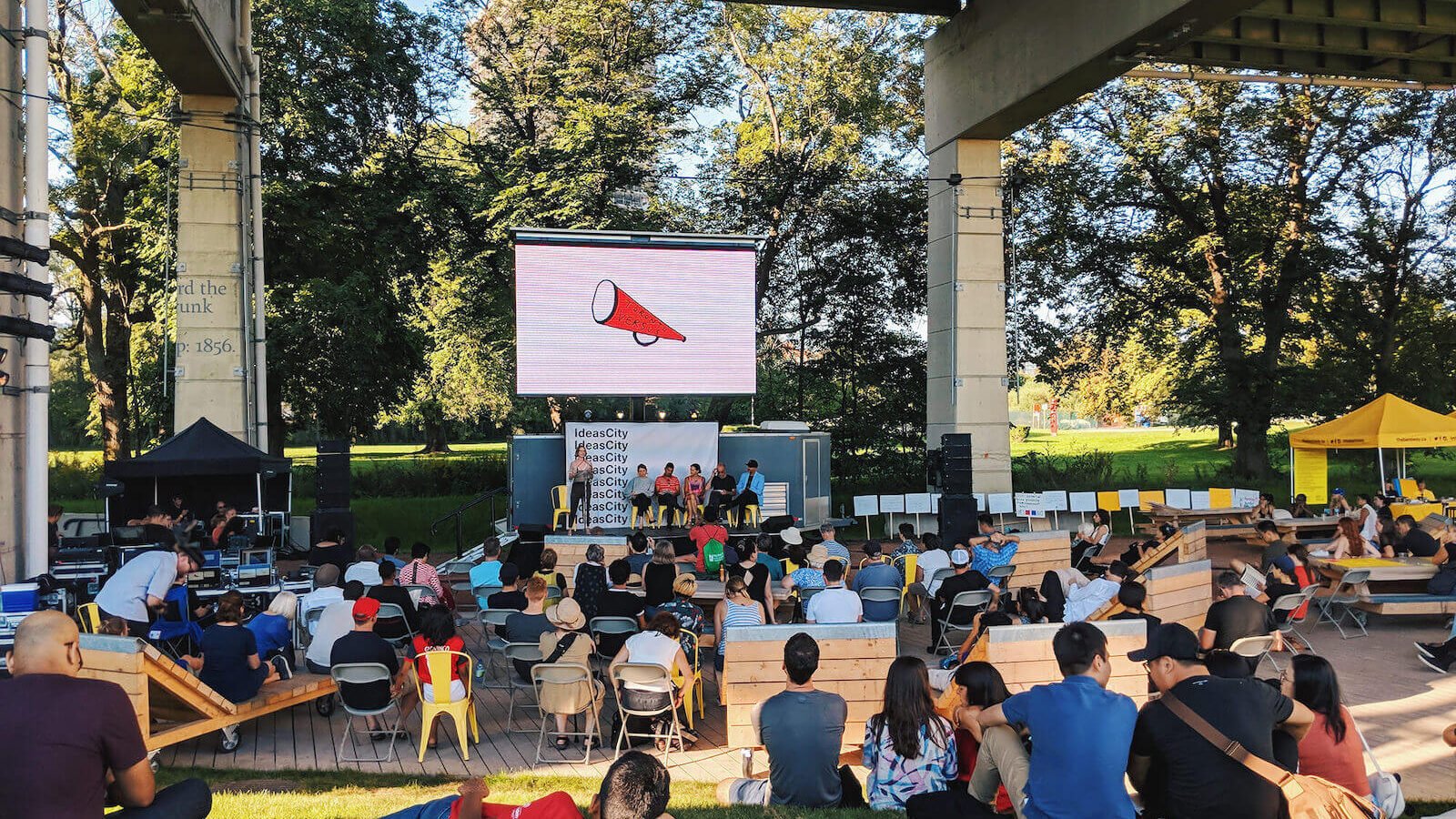 This weekend, the Bentway hosts a street summit that brings art together with urban design – and features local and international speakers. One of the highlights: a charette on redesigning our streets.

The Bentway Street Summit takes place this week, on May 27 and 28, with an array of fun and stimulating events. There’s a talk with Hip Hop Architect Michael Ford, a couple of “Design Your Own By-law” exercises and a Toronto Society of Architects panel on “Renewal” and art installations.

One activity we’re especially excited about is a charette, taking place on May 27 at 3pm, featuring Farida Abu-Bakare and David Vega-Barachowitz of leading New York architecture and urban design studio WXY. Abu-Bakare is Director of Global Practice and Vega-Barachowitz is Director of Urban Design at the firm, whose projects include the Spring Street Salt Shed and the redesign of the Rockaways. (She hails from Toronto, worked at Adjaye Associates before landing at WXY, and is the Chair of BAIDA, the Black Architects and Interior Designers Association); he led on “Keeping the Tables Turning,” a WXY study featuring street-side-dining ideas for New York restaurants struggling during lockdowns.) Together, they’ll lead a workshop called “Redesigning The Streets” where participants will explore how public art can be used as a tool for activating the complex, intermingled systems that make up and share our streets.

The workshop riffs on an artwork created specifically for the summit by Raquel Da Silva — a vinyl installation inspired by the intersection where the Bentway, the bike path and the pedestrian pathway meet. As Sam Carter-Shamai, the Corridor Plan Lead, Planning and Design, at the Bentway, explains “Da Silva wanted to create a piece that pulled you into a ‘new dimension,’ where these two forces could meet, once the public was forced to slow down. She’s inspired by the way the street can be seen as a canvas for creative intervention.” 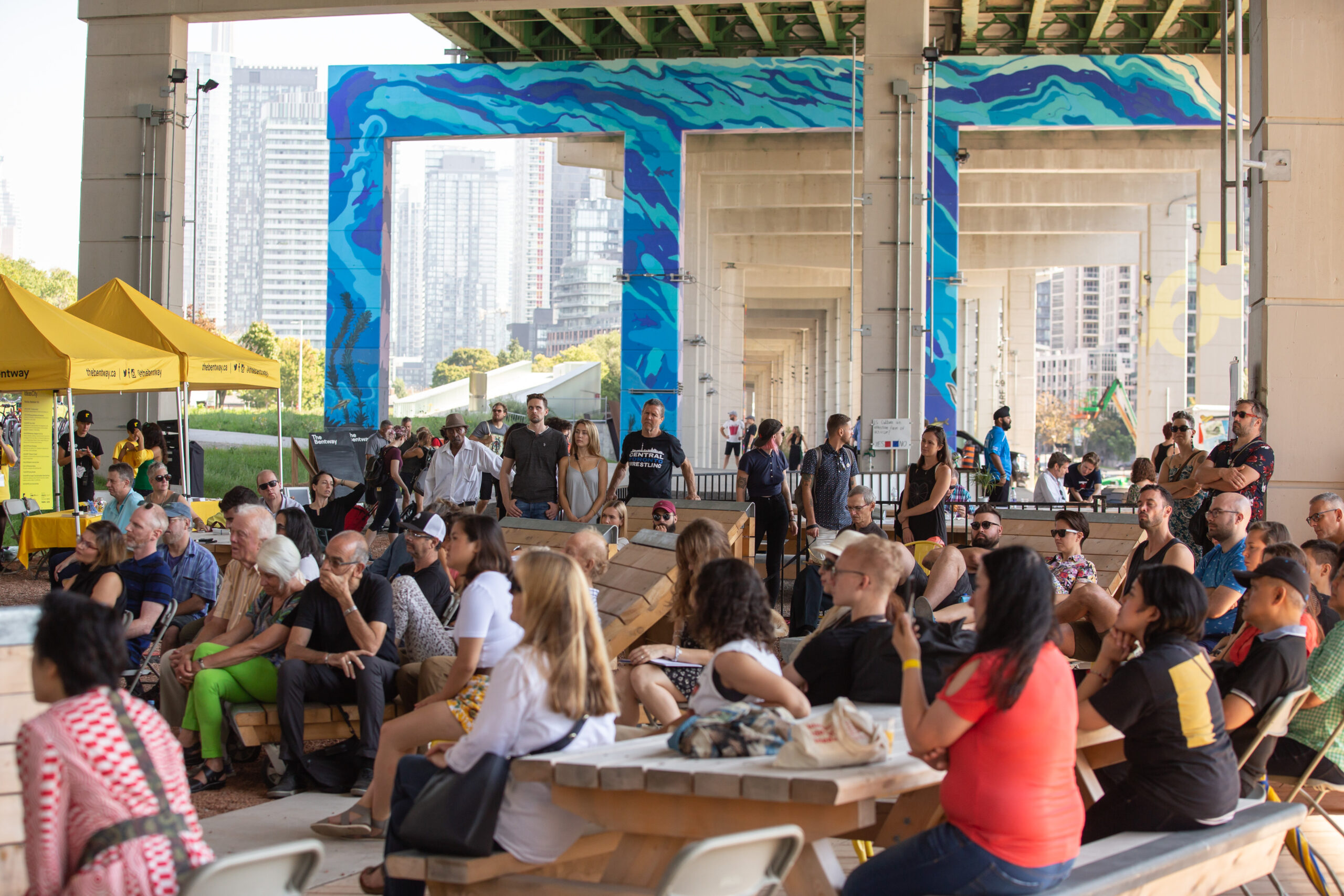 We chatted with David Vega-Barachowitz and Sam Carter-Shamai to find out more about the charette:

How will Raquel Da Silva’s artwork influence the conversation regarding the open streets charette?

The charette will build off her installation by sharing some of WXY’s work and design principles, and will look at how something as simple as a piece of street art can easily shift not only how we see the street, but how we interact with and reimagine it.

Do you have specific goals for the exercise, in terms of who participates and what they will come out of it with?

Redesigning a street doesn’t have to be a technical exercise. On any given street, a resident, a business, a property manager or anyone who regularly uses the place is the real expert. Practitioners need to approach design from that vantage point. The challenge that I find with street design is that individuals on one block or property rarely understand (often willfully) how the parts fit into the whole. Our goal with the workshop is to see how individual ideas and concepts about the future of streets fit together in“an exquisite corpse.” We want to see what creative ideas and expertise people bring to the table and to use those ideas (and the conflicts between them) to facilitate a much-needed discussion about how to bring individual and collective ideas about streets together as a network.

I was wondering how your work in zoning, David, also helps to create parameters for a charette like this.

A lot of my past work has been focused on how to challenge the DNA and codes that govern our built environment, first with the National Association of City Transportation Officials (NACTO) for streets and later in my career, with New York City Planning’s Urban Design Group. Street design, like zoning, has a lot of written and unwritten rules that are held closely by technocrats, but largely unintelligible or invisible to the public. The goal of this workshop is to unpack those codes, assumptions, and parameters and then see how regular people reframe and challenge the toolkit for how streets are designed and managed. We really want people to walk away with a sense that seemingly ossified parts of the street are actually far more fluid and malleable than they first appear. 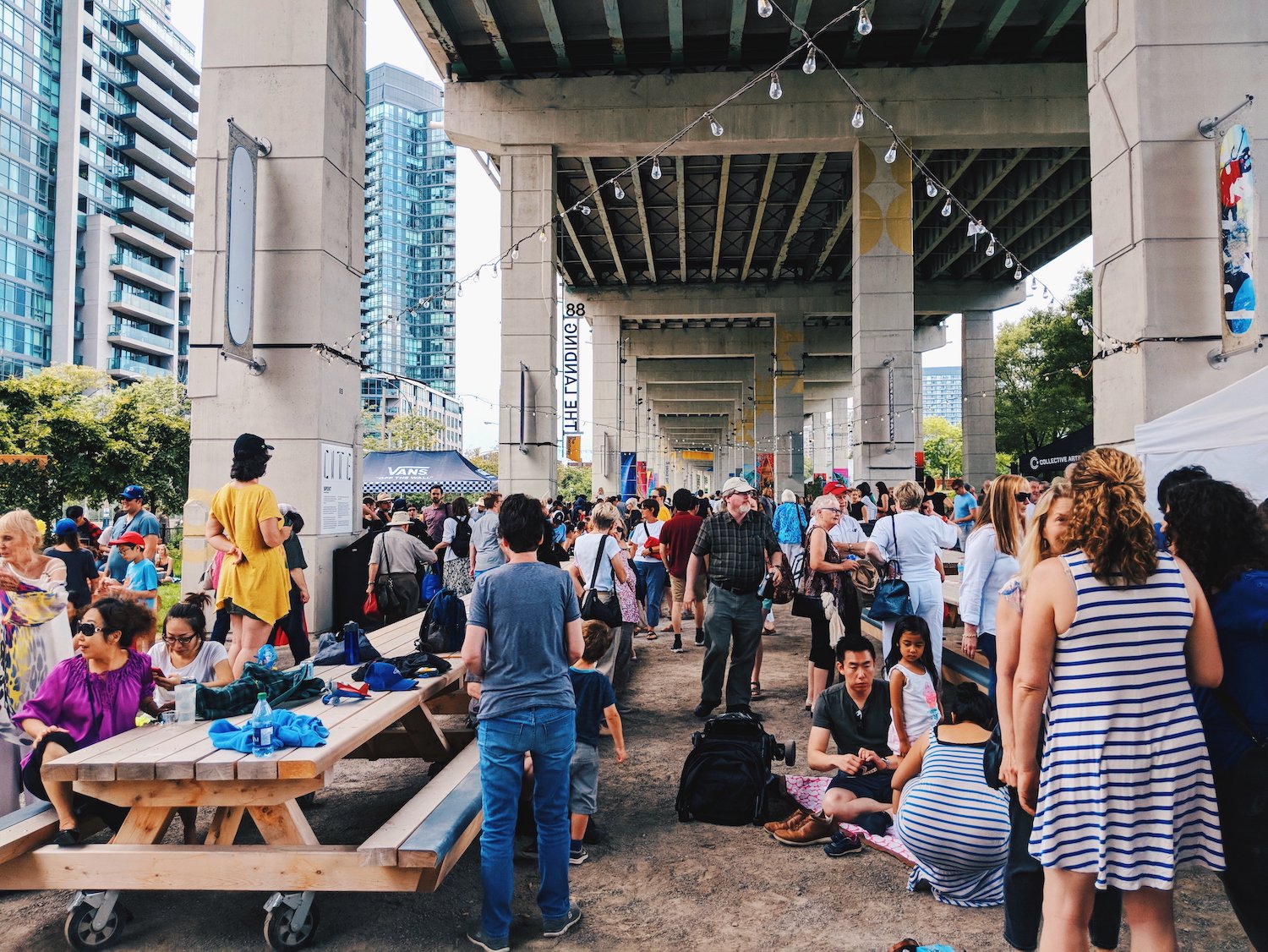 What does an “inclusive, equitable and joyful” public realm look like, generally, to an organization like the Bentway?

The Bentway strives to embody the aspirations of an inclusive, equitable and joyful public realm. In addition to recommendations and policy reports (like the Under Gardiner Public Realm Plan that we’re working on with the City) we are a vibrant and dynamic demonstration of urban transformation. Over 100,000 people live within a 15-minute walk of our site, which not so long ago was an under-appreciated underpass. The Bentway is a place where modular seating and picnic tables are provided and well used; where impromptu dance rehearsals and communal picnics are a regular occurrence; where free wi-fi and electric outlets are used by people of all descriptions across the full socio-economic spectrum.

This is why I’m particularly excited for the Street Summit, rather than simply telling people about the planning and policy work that we’re involved with, at the Bentway we collaborate with amazing artists, designers, and creative practitioners (like David, Farida and Raquel) to use arts and culture to create a visceral experience, giving people a taste of what life in a more equitable, just and joyful city might actually feel like. We don’t need to imagine a distant future or an exotic destination; the just and joyful city is a function of the choices we make – we’re trying to use our little underpass oasis to put a few more options on the menu.

Requisite pandemic question: How has the pandemic contributed to the opportunity to reimagine our streets in a more equitable, joyous and inclusive way?

When you look closely at a built environment, it’s amazing to unpack how many little bad decisions have historically shaped our environment. In New York City, overnight street parking wasn’t made legal until 1954. Looking at New York City today, it’s hard to imagine the streets without a wall of cars parked at the curb overnight, but it’s an invention that has only been around since the 1950s. People tend to treat street parking as a right, but it’s actually a relatively new idea.

While cities were making a lot of progress in transforming their streets and changing bad policies before the pandemic, COVID-19 exposed how malleable streets really are. In New York, the open restaurants program led to over 12,000 curbside dining locations. It has completely transformed the experience of walking down the sidewalk (in good and bad ways) and opened a lot of people’s eyes to the potential for streets to be more than a free parking lot or a highway.

What’s interesting — and a lot of people don’t realize this — is that the city has actually had an open restaurants program (called Street Seats) since 2010. Before the pandemic, a lot of smaller businesses, merchants associations, and organizations struggled to engage with the City’s application process, which required lengthy permit approvals, community board meetings and professional drawings. When the City changed their approval process to a self-certification for outdoor dining (and removed many of the fees associated with the permit), a lot more businesses were able to access the program and drive it forward creatively. There have been some bumps along the way, but I think these changes have helped democratize the street design process and turned many businesses into better stewards of the public realm. Now cities need to think about how they can take those lessons and apply them to other pressing urban problems.

This weekend, the Bentway hosts a street summit that brings art together with urban design – and features local and international speakers. One of the highlights: a charette on redesigning our streets.