Rooftop Bars That Prove Cocktails Taste Better in the Sky
Patios are great, but rooftop bars are even better - especially ones that provide unusual perspectives on their cities. 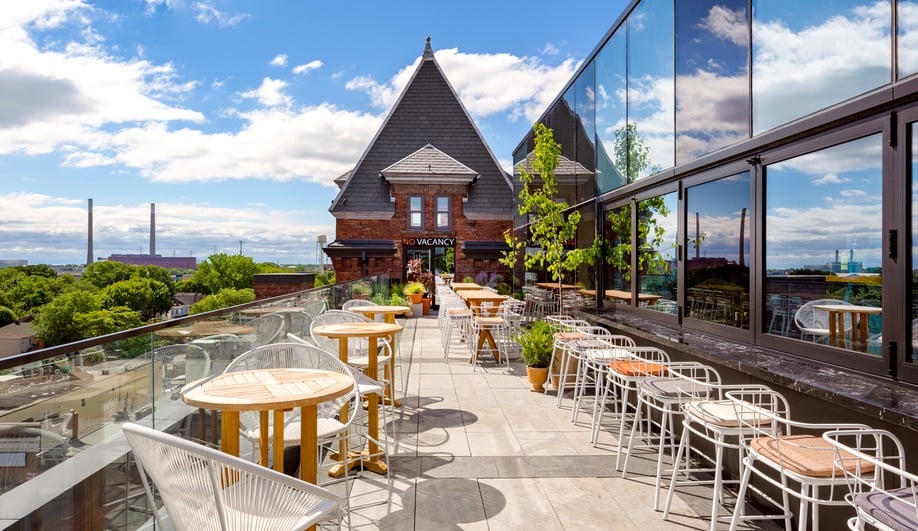 You don’t need to be reminded of the benefits of an al fresco happy hour. After all, terraces are revered for good reason. But putting a bar on a rooftop elevates the experience even further – both literally and figuratively. Here are four projects that prove that summer drinks are best served on ice – and in the sky. 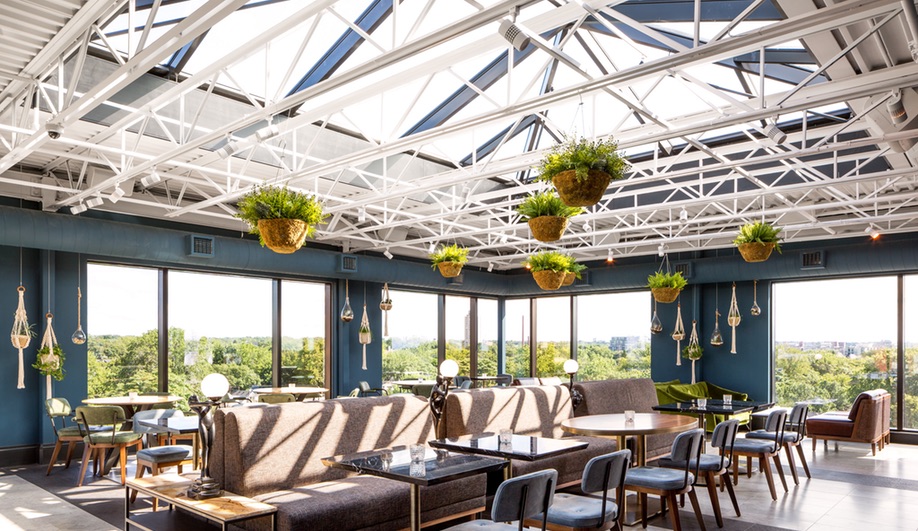 In Azure‘s profile of interior design firm DesignAgency, co-founder Matthew Davis implored Torontonians to look east. That’s because there’s revitalization – and lots of it – happening in the city’s formerly sleepy-meets-scuzzy eastern fringe, where the long-awaited Broadview Hotel has taken root. DesignAgency transformed the red brick Romanesque building, which was previously a strip club, into a 58-room boutique hotel punctuated by rooftop spaces that became an immediate hit. 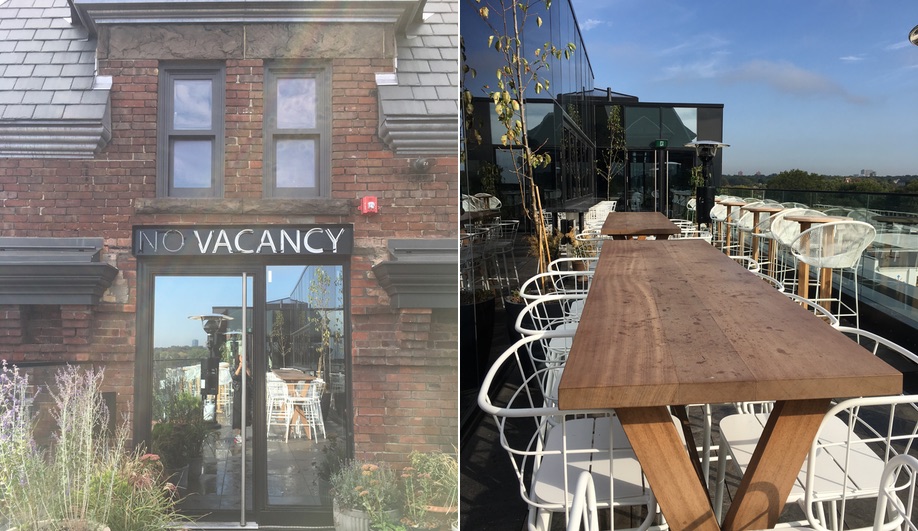 As one climbs through the Broadview Hotel’s five storeys, the surroundings become increasingly modern until the building is topped off by a rooftop bar and adjoining terrace. Here, panoramic windows show the breadth of Toronto: the skyscrapers, the brick bungalows, the rivers that carve through the city. Visitors take it in through a 360-degree glass facade and a pyramid-like skylight, with macrame planters bringing pops of green indoors. The outdoor space, complete with a neon “no vacancy” sign – a completely unironic statement in Toronto – has a dedicated bar/kitchen and mirrored windows that reflect the building’s turrets. But the view, of skyscrapers rising above and Queen St. East bustling below, is the real draw. 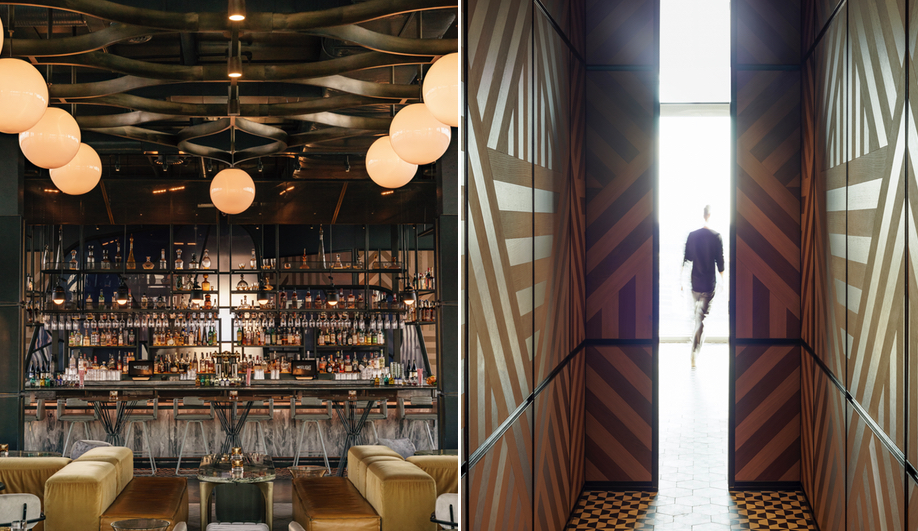 Westlight at the William Vale (Brooklyn)

At a recent edition of Azure Talks, Studio Munge‘s Alessandro Munge noted that he designs around individuality. “For leaders in design,” he said, “the responsibility is around creation, not replication. We create with the end user in mind.” Munge achieved that with Westlight at the William Vale. Perched 22 storeys up, there may be no bar in Brooklyn quite like it. Designed for travellers and locals alike, the venue was designed to balance intimacy with the splendour of Manhattan’s skyline. 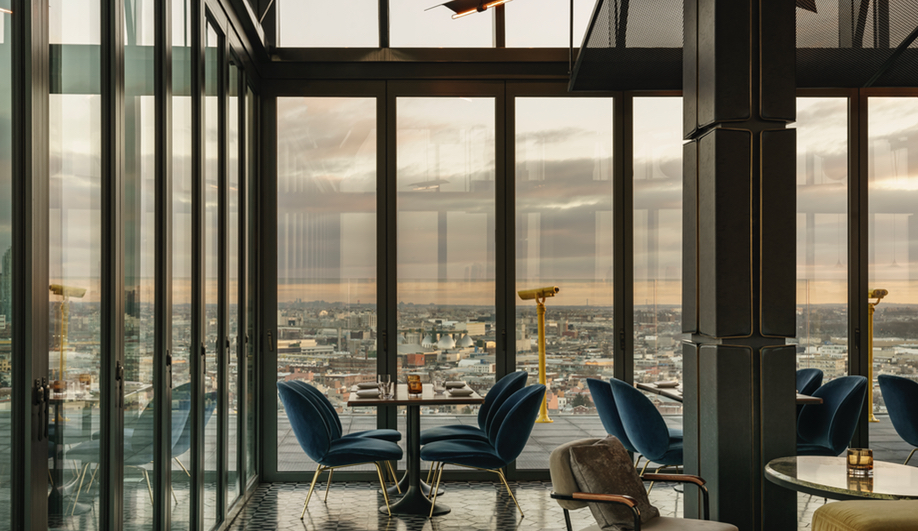 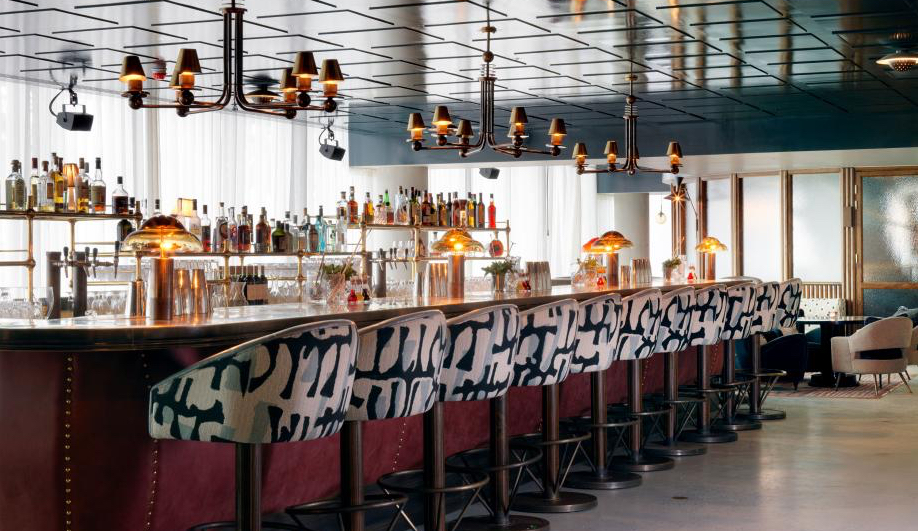 In West London, the former world headquarters of the BBC, designed by Graham Dawbarn, has been transformed into a private members club. Namely, for Soho House, the culture- and media-focused club that now boasts 20 locations worldwide. A ground-level bar called The Allis, which is open to the public, gives a sense of what interior designer Alice Lund imagined for the hotel refresh: there’s mid-century opulence on display, here, featuring velvet upholstered chairs, terrazzo floors and fluted walls throughout. 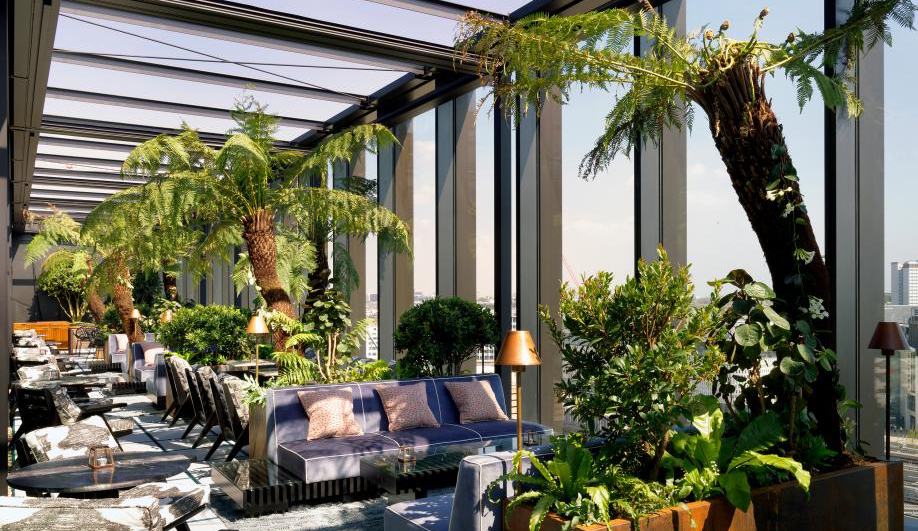 Yet White City House’s finest bar space is 10 storeys above. Its upper two floors feature green rooms for member events, a rooftop pool, a games room, a bar and terrace space. On the ninth floor, a bar is linked to a palm-studded terrace (above); with glassy views extending in every direction – including to the skies – it’s part patio, part greenhouse. 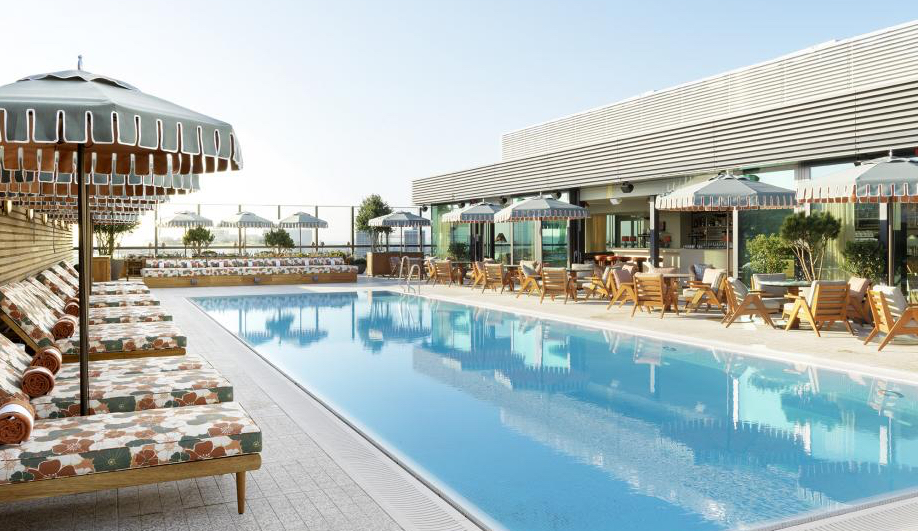 Climb another floor still, and a 17-metre pool connects to yet another bar, this one shaded by more greenery, light-gloss painted timber ceilings and custom, orb-shaped lighting. Soho Club members will surely appreciate the fact that Top of the Pops was once filmed here, but we reckon they’ll appreciate the unobstructed view of The Shard just as much. 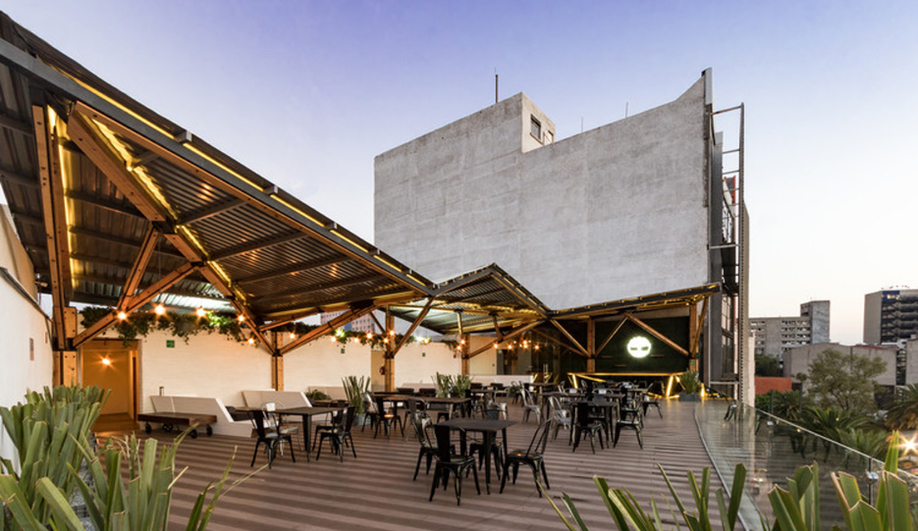 In Mexico City, it’s possible to sip horchata outdoors year round. Accordingly, it’s a city filled with enviable outdoor spaces, from the gardens of the Michel Rojkind-designed Mercado Roma to to the chic rooftop of Condesa DF. But few can top the scenery provided by Terrazza Timberland, an event space defined by its view of the bustling Plaza de la República in downtown Mexico City. 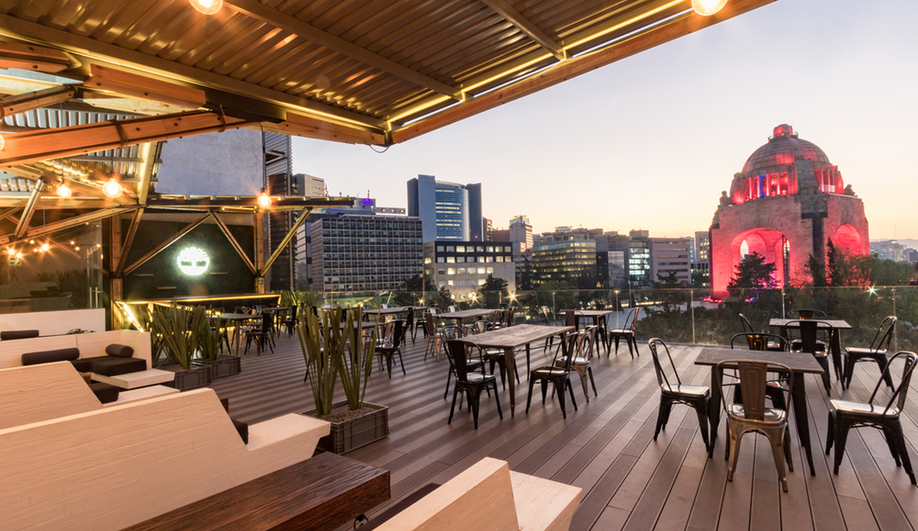 Designed by local firm A-001 Taller de Arquitectura – the terrace was completed in collaboration with Timberland, a brand long associated with the great outdoors, and developer Reman Holdings. It was conceived as a “different way for promoting a brand: making a contribution to the city and taking advantage from disused spaces.” Spread over 325 square meters, it “extended the vertical structural elements” and added rainwater canals, a deck frame, a terrace and a zinc-plated roof atop an existing building. Patrons sit in booths separated by glass partitions, each providing a view of the Revolution Monument. We must say: this is marketing done right.