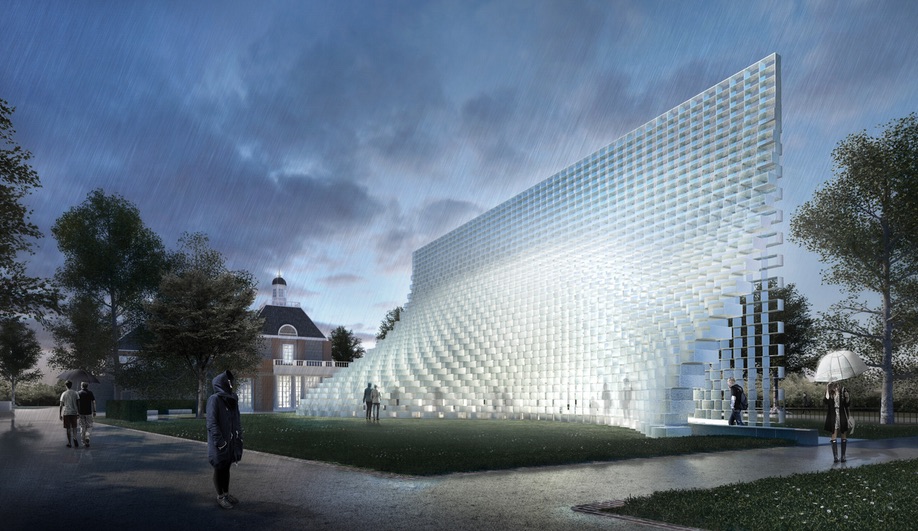 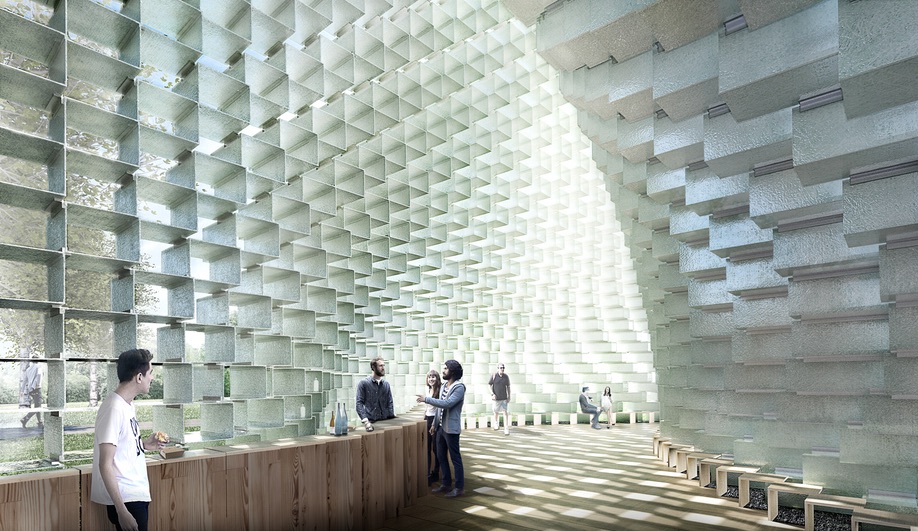 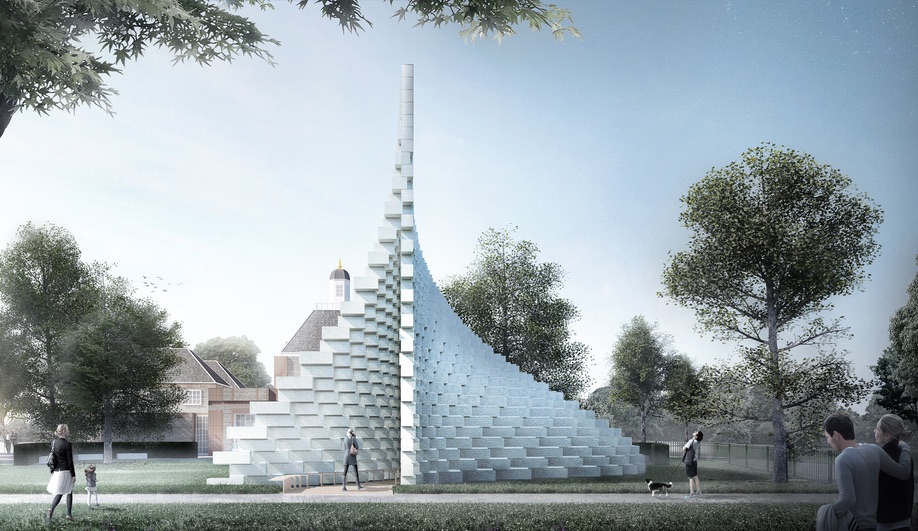 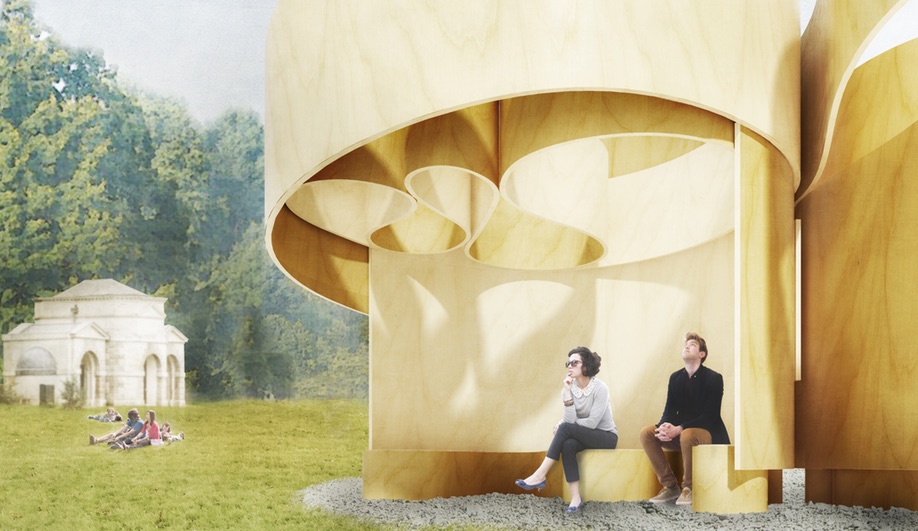 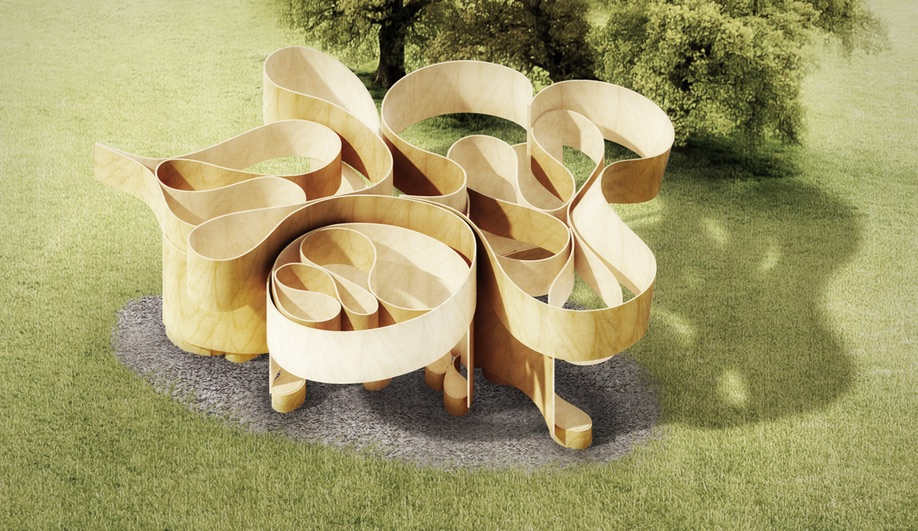 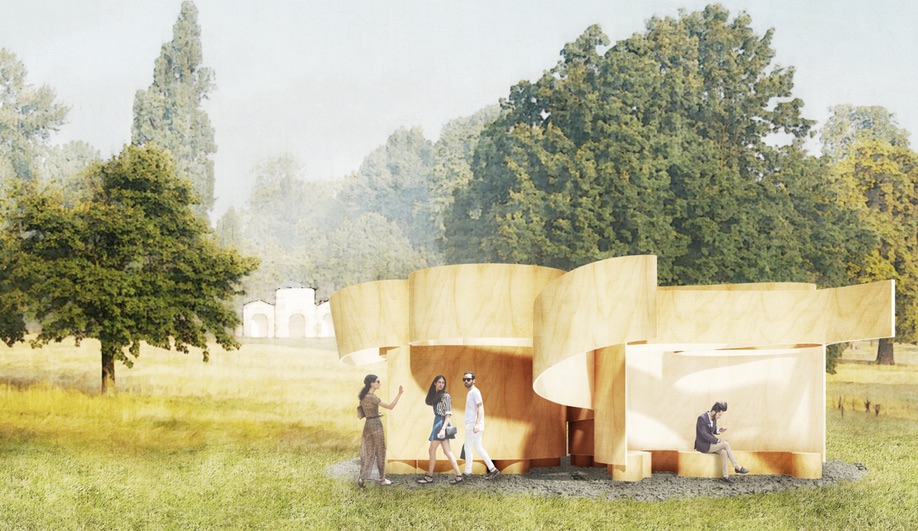 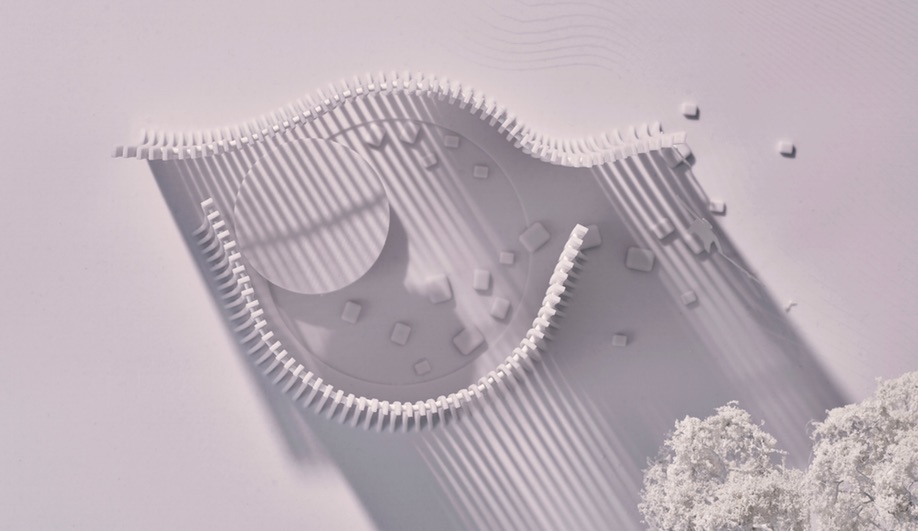 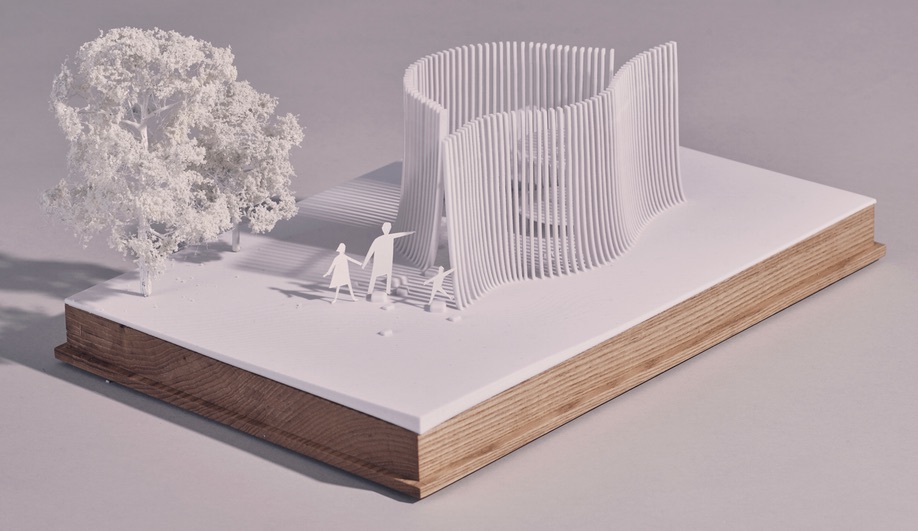 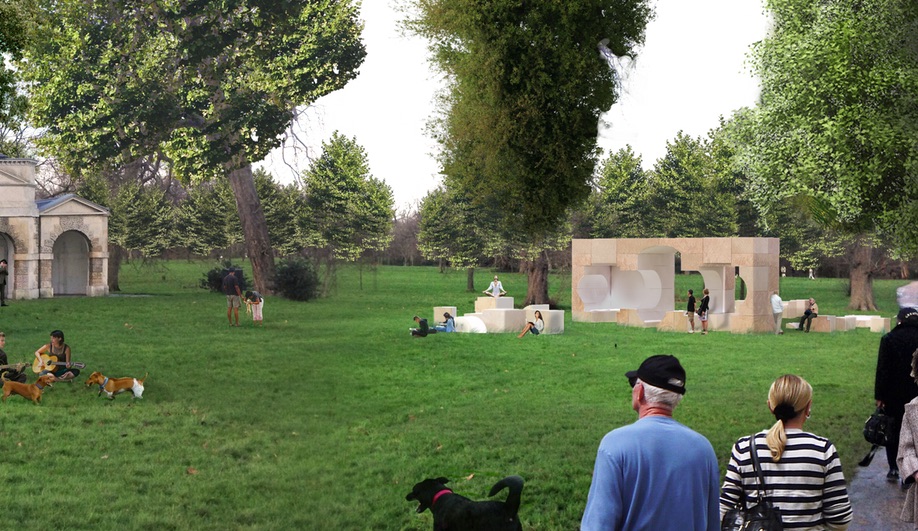 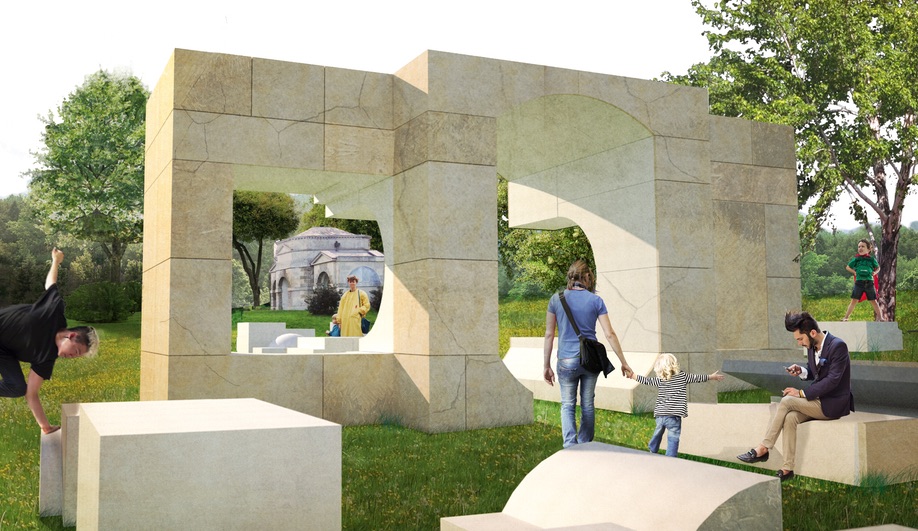 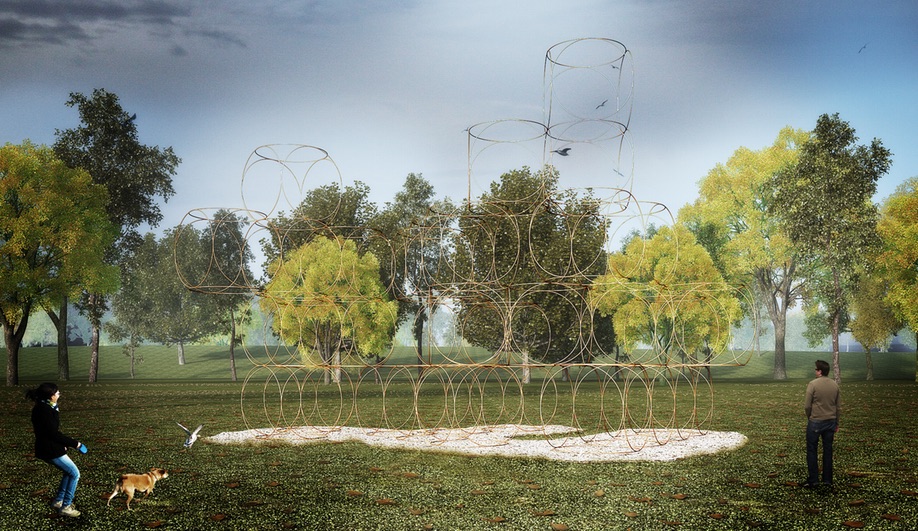 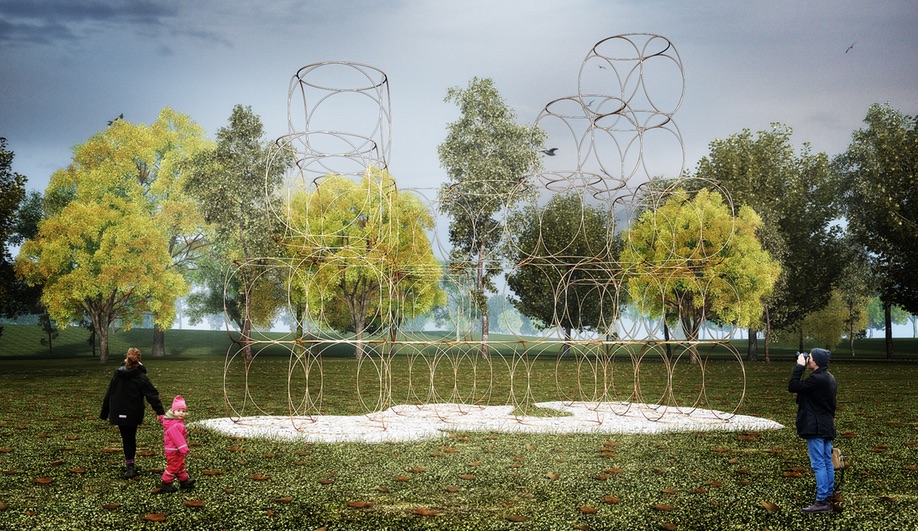 Bjarke Ingels Group was already on a hot streak, with a string of high-profile projects announced or underway – including a ziggurat-shaped condo development for Toronto – when it was announced that the Danish firm would be designing this year’s Serpentine Pavilion. To be selected to design the temporary structure erected in London’s Kensington Gardens each summer is no small honour; recent Serpentine alumni include SelgasCano, Smiljan Radić, Sou Fujimoto, Herzog & de Meuron and Peter Zumthor – and more than half of previous years’ pavilions were designed by Pritzker winners.

Playing on the pattern of the brick wall, BIG’s pavilion will be constructed from extruded Fiberline frames, stacked like translucent boxes to form a straight line at its pinnacle, but “unzipping” as it approaches the ground. The two diverging sides will bulge outwards to shelter a canyon-like interior where festival programming will take place, forming a sculpture that can be enjoyed from within or without.

In its official statement, BIG sets down the ambitious goal of embodying several seeming contradictions; the pavilion will be simultaneously free-form and rigorously executed, modular yet unified in its sculptural form, made from opaque constituent parts yet transparent to views, and both box-like and blob-like.

This year marks the first time that the Serpentine Galleries’ architectural explorations will expand beyond the main pavilion. Four international firms have also been invited to construct “houses” – actually smaller satellite pavilions – that, like BIG’s headlining entry, will chip away at the distinction between art and architecture. The “houses” take their moniker from Queen Caroline’s Temple, an 18th century folly in the galleries’ outlying meadow that – while commonly referred to as a “summer house” – serves only as ornament.

Barkow Leibinger of Berlin has conceived its installation as a kind of reverse theatre-in-the-round, where an audience of shade-seeking park guests can sit under an undulating ribbon of vertical plywood and take in the performances of everyday life in the park around them. Stacked four high on a timber frame, the plywood loops form an open canopy, as well as the benches below it.

London architect Asif Khan, after analyzing the path of the sun across the park, realized that the seemingly arbitrary orientation of Queen Caroline’s Temple was, in fact, a deliberate choice by its designer, William Kent; the Temple was positioned to face the direction of the rising sun on March 1, 1683 – the queen’s birthday. Khan’s installation is a tribute to that moment, a space carved out using two flowing walls of timber staves, posted vertically in a gravel landscape, with stepping stones that raise visitors to take in directed views of the original Temple.

The entry by Kunlé Adeyemi of Amsterdam- and Lagos-based NLÉ pays tribute to the Temple as well, by reproducing the look of its monumental sandstone walls but recreating its interior voids in a rotated form. Adeyemi’s house echoes the Temple’s form and scale, but permutes them to inspire an entirely new experience of the park, with a softened interior and furniture blocks that welcome visitors to sit a while.

In the final installation, French-Hungarian architect Yona Friedman, now based in the Netherlands, builds on his La Ville Spatiale project, commenced in the 1950s. His goal in stacking metal hoops assembled into box formation, 1.8 metres per side, was to imagine a model of mobile architecture that could enable urban growth within restricted areas of land, and use modularity to enable residents to design homes to their liking. His early models are reimagined in Kensington Gardens as a showcase for these mid-century explorations, and as an inhabitable sculpture that defines space seemingly out of thin air.

The Serpentine Pavilion and Houses will be on view to the public from June 10 to October 9, 2016.