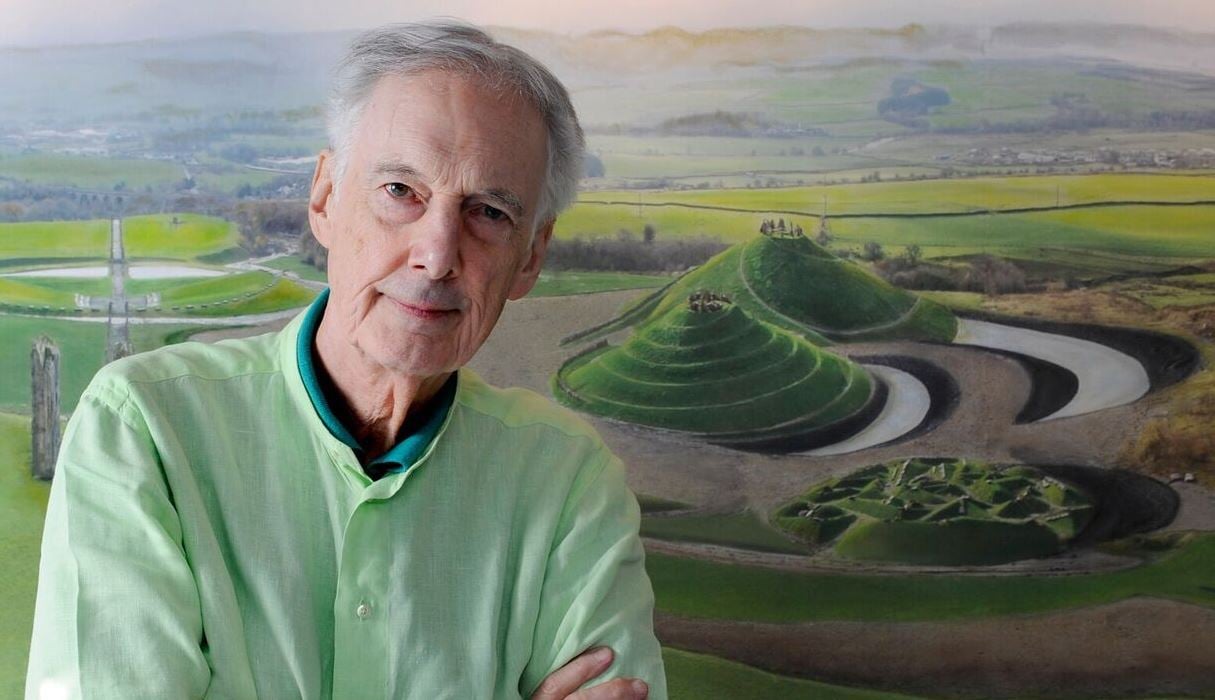 The architectural theorist and landscape designer leaves behind a rich intellectual and built legacy.

Charles Jencks, the globally renowned architectural historian and cultural theorist, died on October 13. He was 80. As an early proponent of Postmodern architecture, Jencks published a series of seminal texts that defined the movement’s contours. Together with his second wife, Maggie, he was also a co-founder of the international charity Maggie’s Cancer Care Centres, which invited world-renowned architects to design cancer care centres around the world.

Born in Baltimore, Maryland, Jencks studied English at Harvard before completing a degree at the university’s Graduate School of Design in 1965, and a doctorate from University College, London, in 1970. Undertaken with the mentorship of critic Reyner Banham, Jencks’s academic work was the foundation for 1973’s influential Modern Movements in Architecture.

The book offered a close reading of modernist aesthetics, one that would shape an understanding of the movement for decades to come. Emphasizing diversity as a core characteristic, Jencks railed against the reductive notion of a “true” and singular style. To Jencks, modernism lived and breathed – a fact made all the more alluring for its continuing evolution. 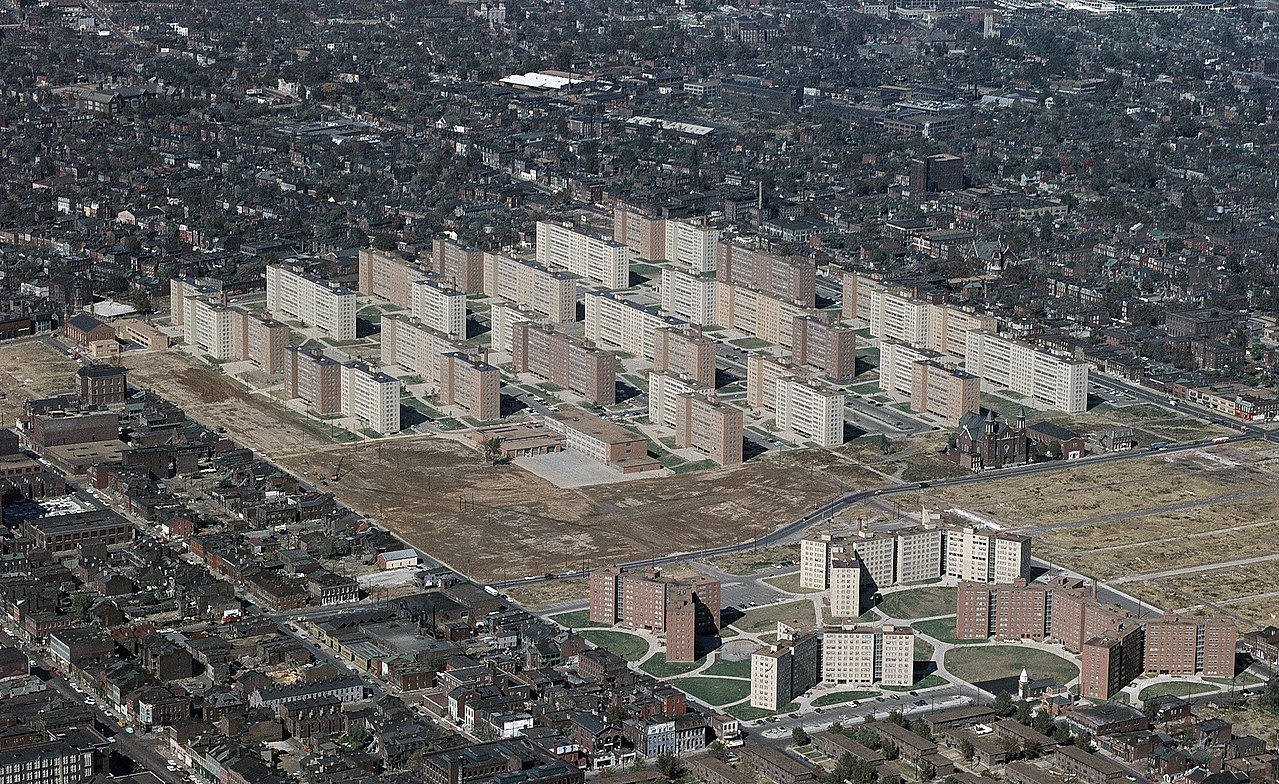 Jencks diagnosed the demolition of Pruitt-Igoe as the “death” of modernism. Image via United States Geological Survey.

But it wouldn’t live long. According to Jencks, the death knell of modernism sounded on “July 15, 1972 at 3:32 PM (or thereabouts),” when Minoru Yamasaki’s maligned Pruitt-Igoe public housing complex in St. Louis collapsed in a dynamited heap. The famous post-mortem was written five years later, in 1977’s The Language of Post-Modern Architecture. The instantly popular book diagnosed the demise of misplaced idealism and the rise of a more playful, uncertain, expressive and culturally responsive mode of thinking: Postmodernism. (Jencks was insistent on capitalizing the P).

Jencks’s expansive, polyvalent thinking is perhaps best epitomized in his trademark “evolutionary tree.” As a visual representation of architectural eras, the taxonomy digests the complexity of the Postmodern architectural landscape into an evolving series of sinuous, tangled webs of influence. Introduced in Modern Movements in Architecture, the classifications ebbed and evolved with the times, growing into a strikingly comprehensive two-page spread in The Story of Postmodernism, published in 2011. Described by Jencks as “tortuous blobs,” the organized chaos of the trees offers a surprisingly lucid and legible representation of architectural history. They remain vital mental maps. 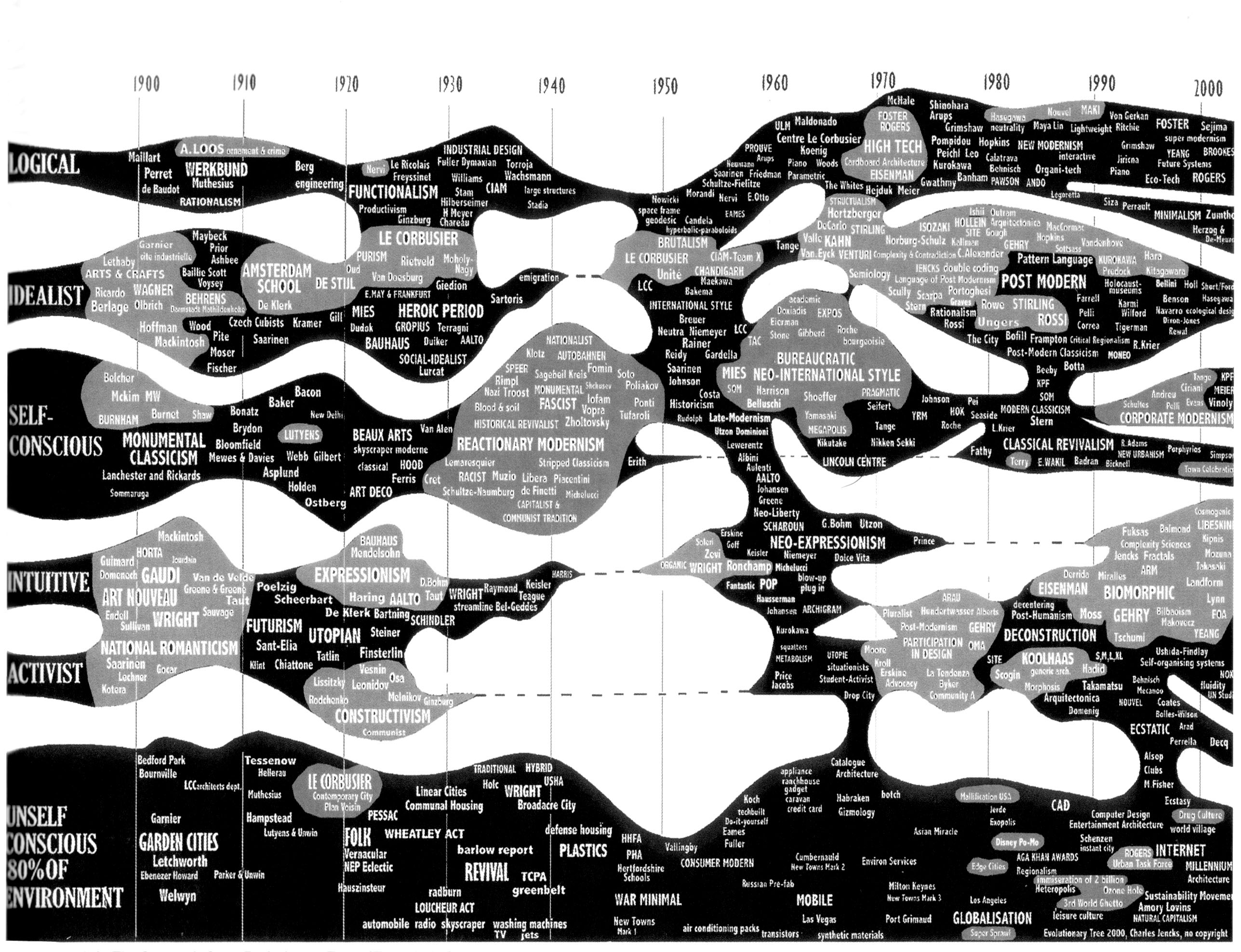 A version of the “evolutionary tree” from The New Paradigm in Architecture: The Language of Postmodernism, published in 2002.

Complemented by Jencks’s accessible and slyly humorous prose, the taxonomy is at the heart of a repertoire that has aged gracefully. (The evolutionary tree is a sort of precursor to the internet zeitgeist of categorizing the world through Dungeons & Dragons alignment chart memes). In all, Jencks authored over 30 books, all while also working as an architect.

As a designer, Jenck’s most influential work came relatively late in life, thanks to a turn to landscape architecture. Inspired by his partner Maggie’s expertise in Chinese gardens, Jencks created a series of ambitious landscapes, including Scotland’s 30-acre Garden of Cosmic Speculation, designed as a sort of psychedelic microcosm of the universe. 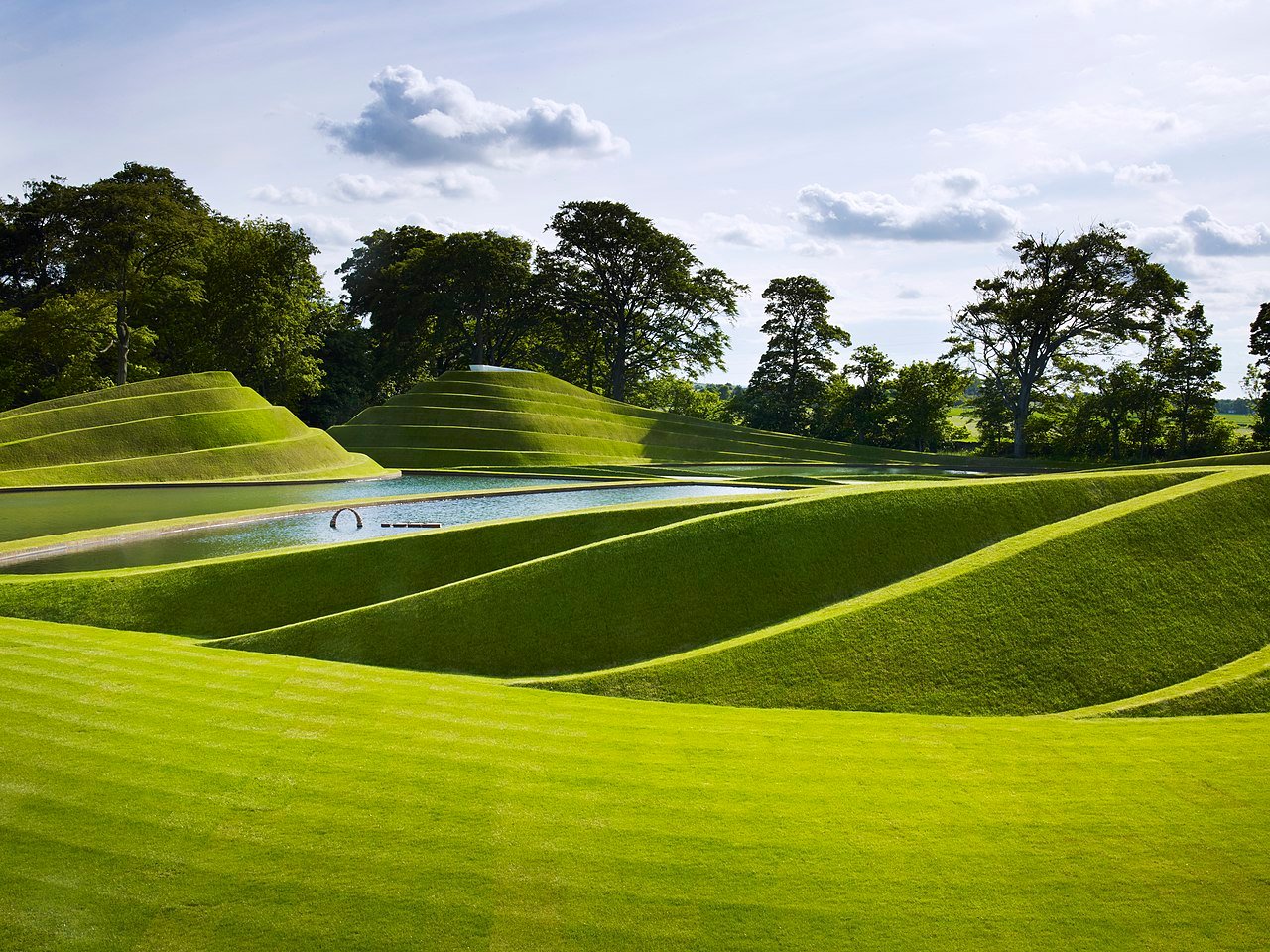 And then there are the Maggie’s Centres. In 1993, Maggie was diagnosed with terminal cancer (she died two years later), Charles Jencks began to devote much of his time to the charity, which has built support centres for cancer patients and their friends and families across the UK, as well as in Hong Kong, Barcelona and Tokyo. At Maggie’s Centres, architecture is crucial to creating an ambiance of warmth and comfort. It’s a testament to the power of design, and to Jencks’ influence as an architectural advocate. 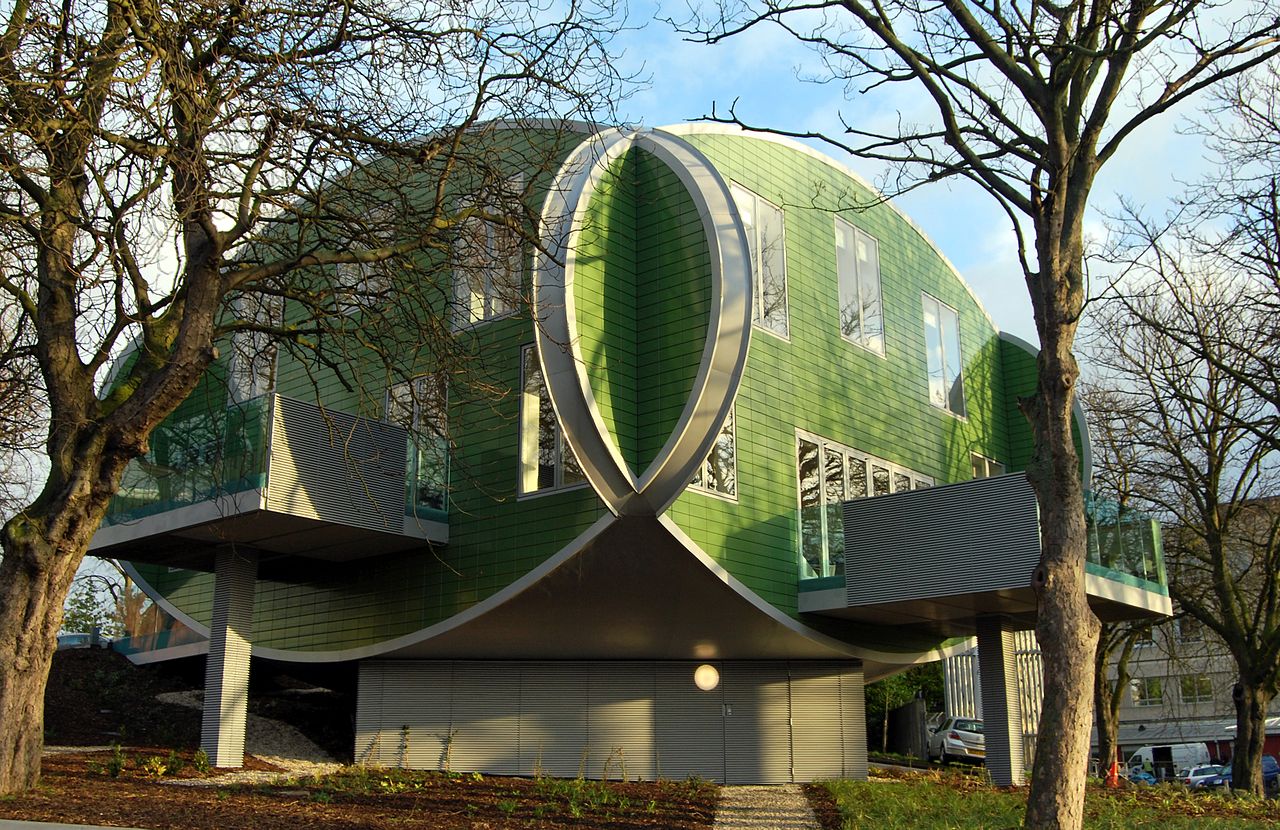 Designed by the likes of Frank Gehry, Rogers Stirk Harbour + Partners, Wilkinson Eyre, Foster + Partners, Piers Gough and Zaha Hadid, the drop-in centres are small architectural icons. Today, there are 24 Maggie’s Centres offering respite, and a home away from home. They are designed with a welcoming sense of whimsy, and – more often than not – a distinct touch of Postmodern flair.

The architectural theorist and landscape designer leaves behind a rich intellectual and built legacy.