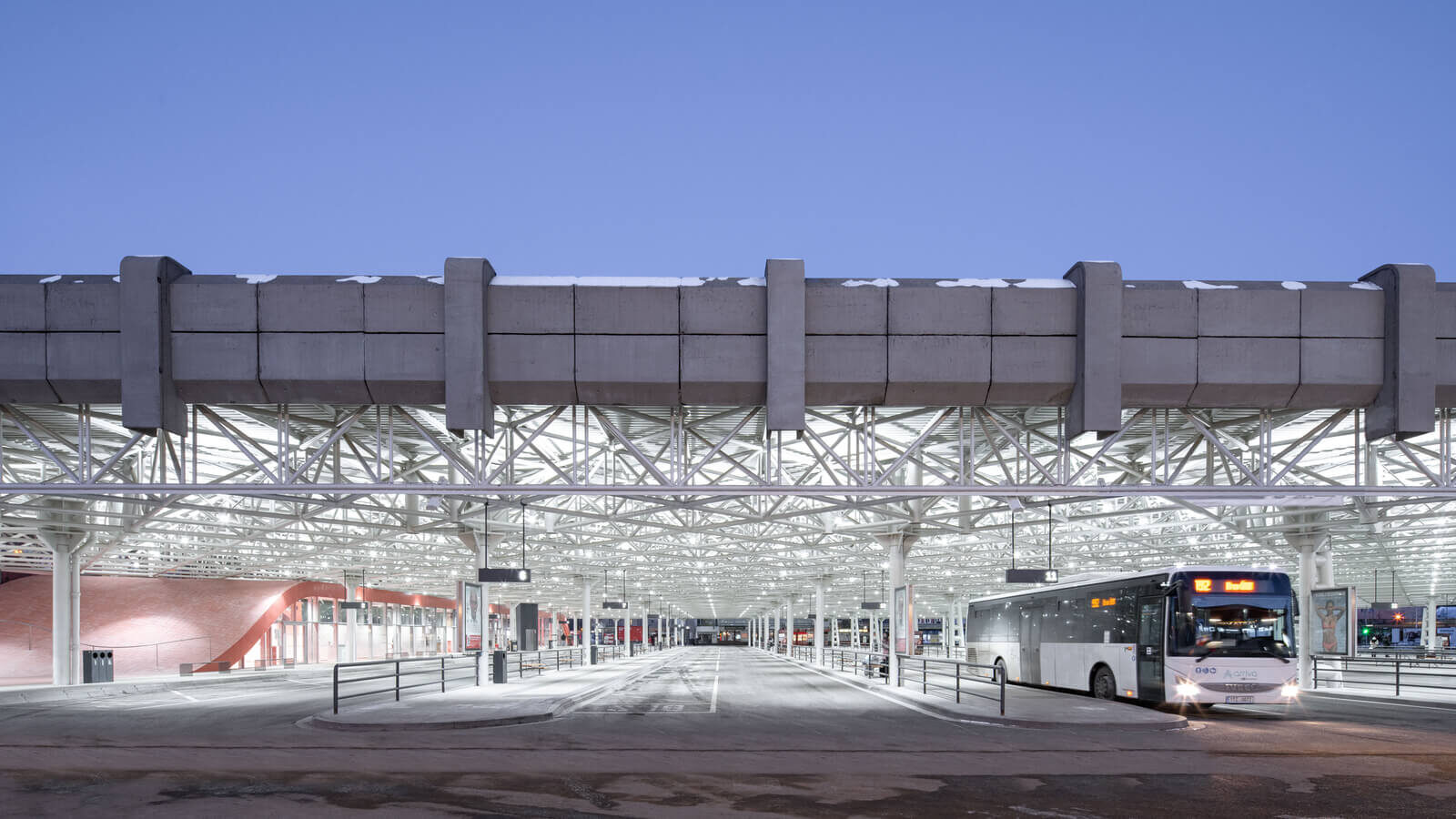 Paul Rudolph’s Burroughs Wellcome headquarters in North Carolina. Alison and Peter Smithson’s Robin Hood Gardens in London. Jiří Eisenreich, Jindřich Malátek and Václav Aulický’s Trangas complex in Prague. In the past decade, Brutalist structures the world over have been subjected to the same fate: demolition. “[It’s] a global issue,” says Michal Kristof, one half of Czech practice Chybik + Kristof, of this alarming trend. “We need to consider and work from existing architecture — and gradually shift the conversation from creation to transformation.”

With the revived Zvonařka Central Bus Terminal, Kristof and partner Ondrej Chybik have done just that. Originally built in 1988, the Radúz Russ-designed station in Brno (the country’s second largest city) had long functioned as one of the Moravian region’s main transit hubs. By the time duo arrived in 2011, however, it had fallen into disrepair. As one of few remaining edifices of its kind in the country, they knew it had to be saved. A decade later, after much community engagement and funding negotiations, the studio has finally completed its striking and sensitive renovation — preserving the site’s Brutalist heritage while elevating its potential for both present and future use. 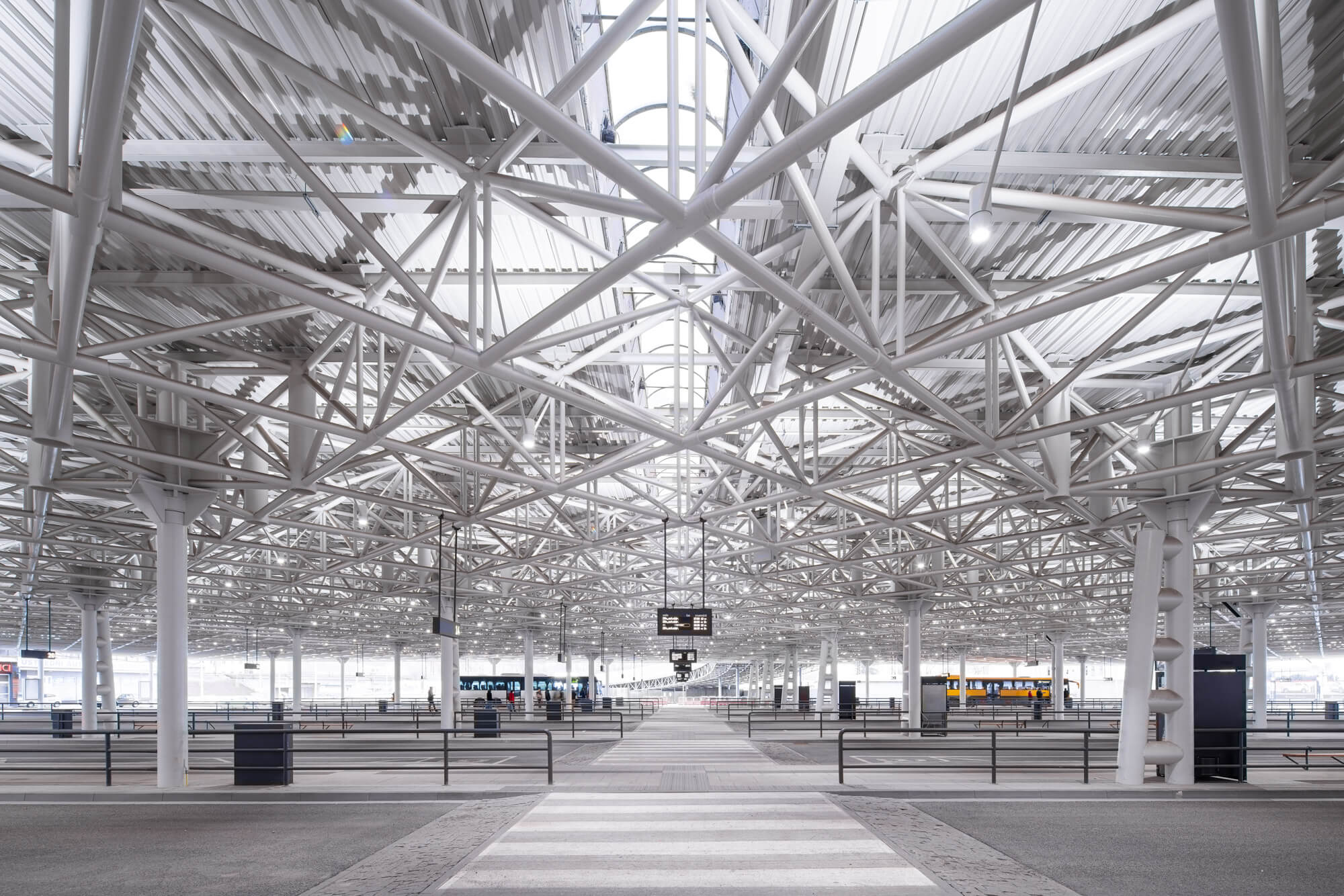 To begin, the architects did away with a number of temporary structures grafted onto the square complex in the 1990s to ensure transparency throughout. This was also achieved by removing a series of walls in the main hall, opting for an entirely open-air terminal that could more effectively support the over 17,000 passengers it sees each day.

A crisp coat of white paint and updated lighting fixtures further turned the thickset concrete roof’s lattice-like underside of metal bracing into an ethereal canopy. This sense of lightness and luminosity is also emphasized thanks to the deft move of suspending the route signs from the ceiling. The addition of a subtle orientation system and integrated ramps within the reconfigured platforms, meanwhile, means that the structure is now widely accessible in ways the original build was not.

Rounding out the renovation, the firm added an entirely new information pavilion (including ticketing and waiting areas) defined by its sweeping crimson profile. It’s a bold accent alluding to the dynamic movement of the buses speeding in and out, complemented by the graphic red-tile floor and connected seating systems within.

While Chybik and Kristof attest that their “familiarity with the city of Brno proved to be a real asset” in the project’s success, it’s also indicative of a sensibility — if not an ethos — driving a number of ongoing adaptive re-use initiatives. “The architects’ role is rooted in understanding, deconstructing and responding to the shortcomings that often form our social structures — [it] is intrinsically social, based on people,” they say. “Ultimately, by revisiting the past, engaging with the present and projecting to the future, architects can, and must, be catalysts for change.”