7 Great Furnishings Made With Recycled Wood
Conceived for the Design by Nature competition, these imaginative and eco-friendly pieces by Stacklab, Miles Keller, Scott Barker and others are now on show at Toronto’s Evergreen Brick Works. 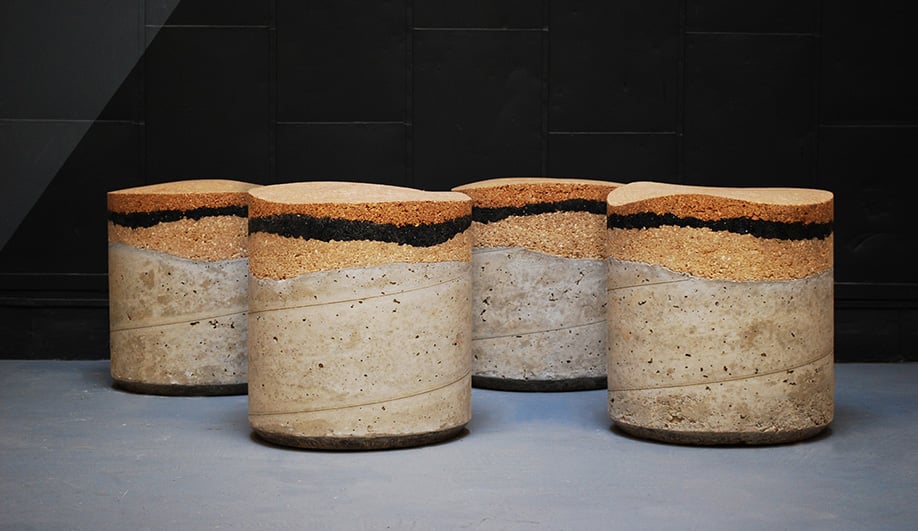 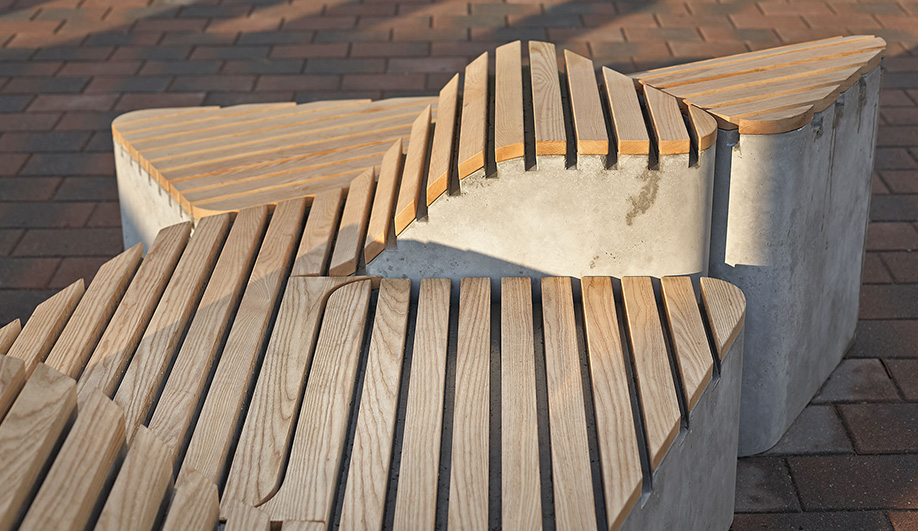 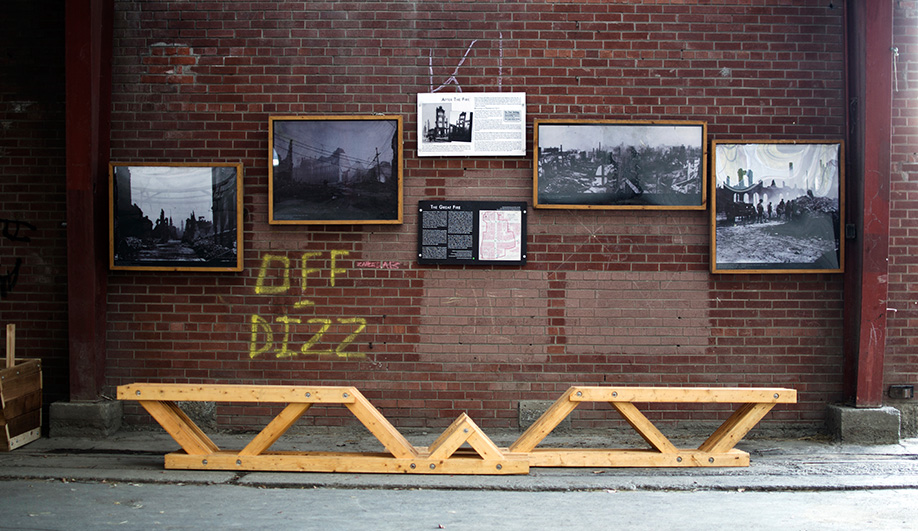 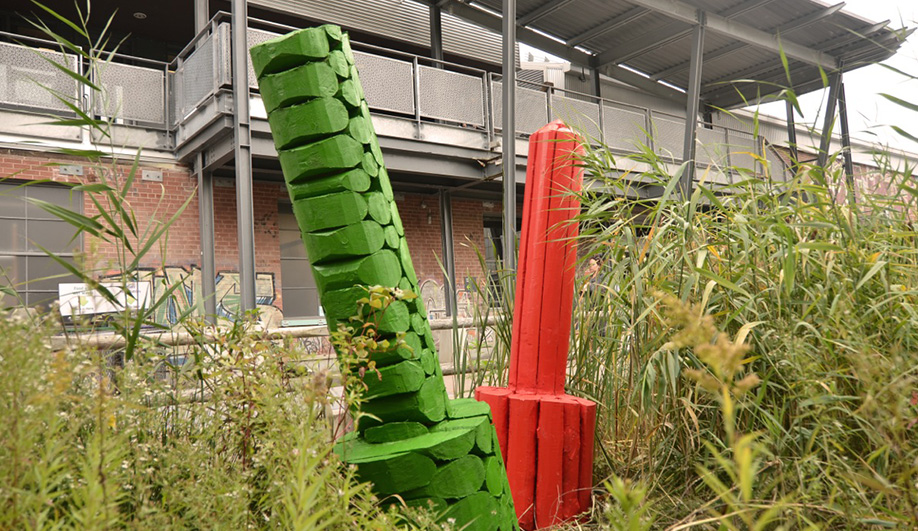 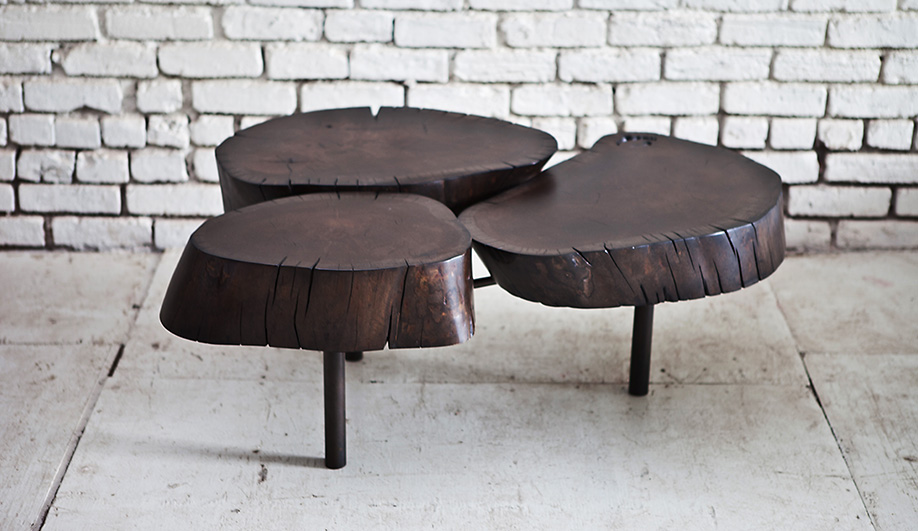 A small version of Lynx Constellation table, by Andre Joyau. 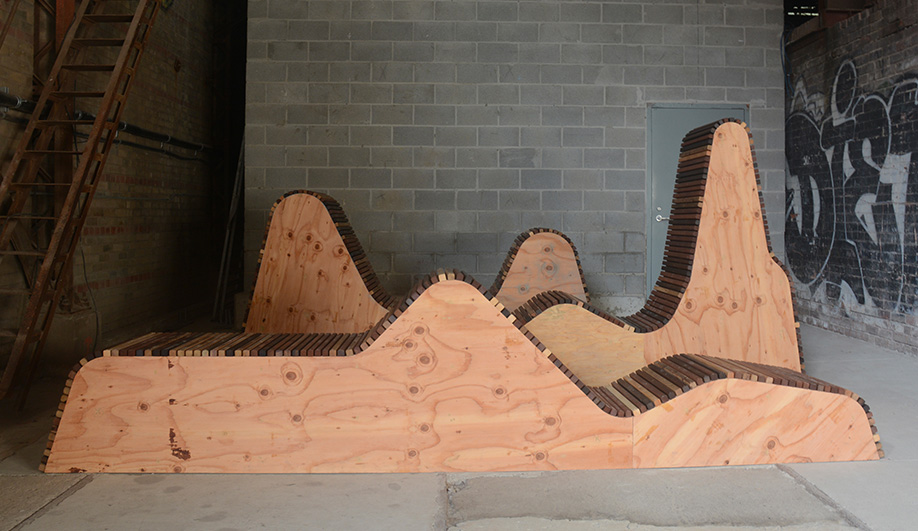 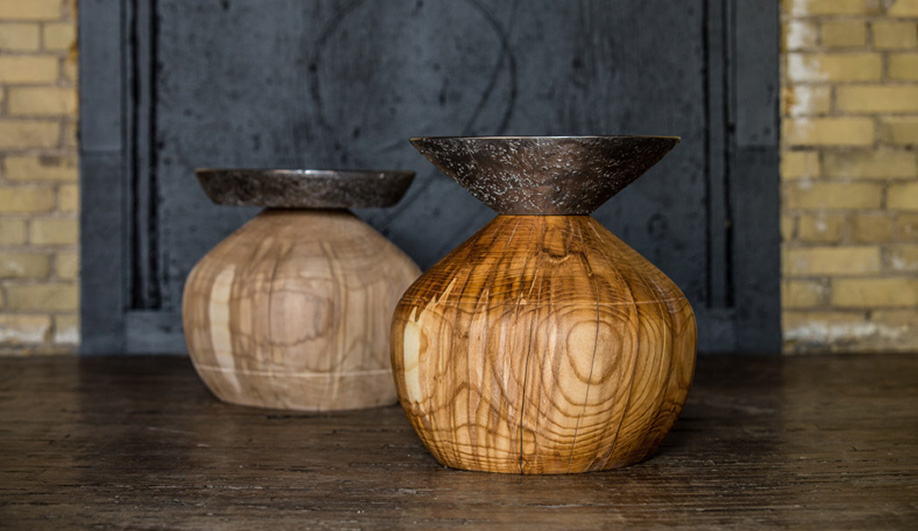 The brief was straightforward. Design by Nature, a Toronto competition now in its third year, invited furniture makers, artisans and artists to come up with a bold new idea for a piece made with salvaged wood – either a functional furnishing for indoor or outdoor use or a sculpture – with a preference for “discarded city wood from last year’s ice storm and architectural salvage made available through Habitat for Humanity’s ReStore and Trashswag.” Yet the seven finalists, three of which were chosen as winners, took the simple premise to a wildly imaginative conclusion.

Chosen from 118 submissions, they include Scott Barker’s Watershed Erratics sculpture – the one finalist bursting with colour. The two-metre-tall buoys – referencing the floods that occur regularly around the Don River and Brick Works site – are painted in bright red and green. The other three finalists are Mark Grimsrud’s Re:Frame, a smart, easy-to-assemble multi-functional outdoor bench made of 2x4s destined for the landfill; Strata, by Heather Lam, Scott Bodaly and John MacLeod, which layers wine corks, wood chips, sawdust and ground tires to create a sweet little cylindrical table; and Andre Joyau’s chunky, reclaimed hardwood Lynx Constellation coffee table.

Of the three winners, two were outdoor benches that played up modularity. Sleep Shapes, by Matthew Blunderfield and Daniel Gruetter, is an assembly of curvy loungers topped with furniture-grade off-cuts; and Cayuga – named Best of Show – is a public seating system also made of segments that can be joined in various ways. Made by Miles Keller – who won a Merit Award in the 2014 AZ Awards – Cayuga is constructed with a slatted surface in salvaged wood atop a composite base made of cement and wood chips. The other winner – Ash A356.0, by Stacklab – was perhaps the most indoor-friendly piece, a table that would be a statement furnishing in any interior. It features a solid base made of ash destroyed by the emerald borer and an aluminum top forged from defective been cans, care of Toronto’s Steam Whistle Brewery.

The pieces are all on display – and for sale – at the Evergreen Brick Works until December. Scattered around the site, where they blend in with their surroundings, they make for a fun design-themed scavenger hunt.

SHARE
Twitter, Facebook, LinkedIn, Pinterest, Email
TAGS
Furniture, Green Design,
AZURE is an independent magazine working to bring you the best in design, architecture and interiors. We rely on advertising revenue to support the creative content on our site. Please consider whitelisting our site in your settings, or pausing your adblocker while stopping by.