5 Bold Ideas for Designing More Inclusive Cities
Last week, AZURE hosted a panel aimed at answering one question: how can we make our urban environments more inclusive? Here's what we learned. 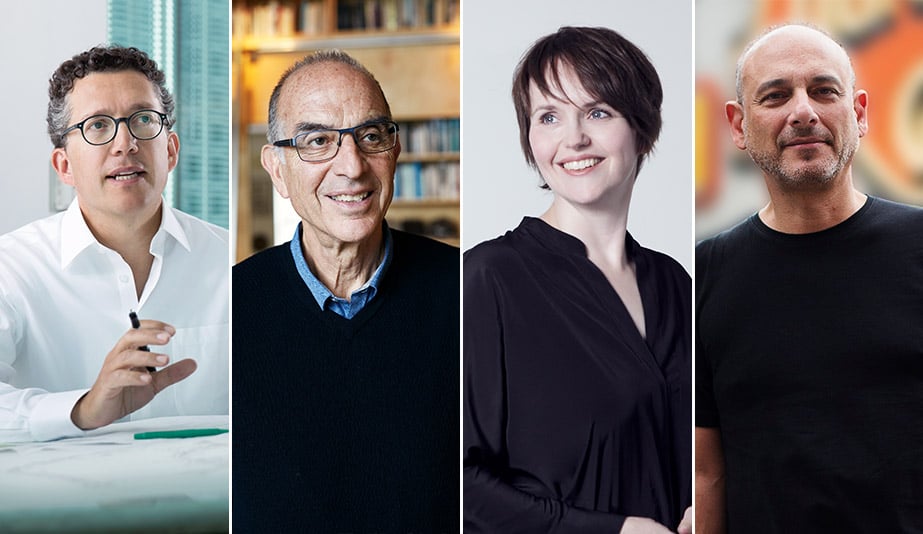 By 2050, the United Nations predicts that nearly 70 per cent of the global population – or 2.5 billion people – will live in cities. That’s a staggering number, and one that poses existential questions: can we build quality housing that make cities accessible to everyone – not just the wealthy? Can the transit of the future move people efficiently, sustainably and equitably? Can cities house diverse populations, provide connections to nature and reckon with environmental catastrophe? And, critically, are there design solutions to tackle these questions?

Those are a few of the major questions tackled last week at AZURE Talks: The Inclusive City, an event presented by Teknion and Velux at Toronto’s OCAD University. Featuring a panel of leading urban designers – which included Dialog‘s Antonio Gomez-Palacio, Superkül‘s Meg Graham, Greenberg Consultants‘ Ken Greenberg and Henriquez Partners Architects‘ Gregory Henriquez – the talk focused on practical ways to make cities more welcoming and livable. Here are five of the most illuminating ideas discussed. 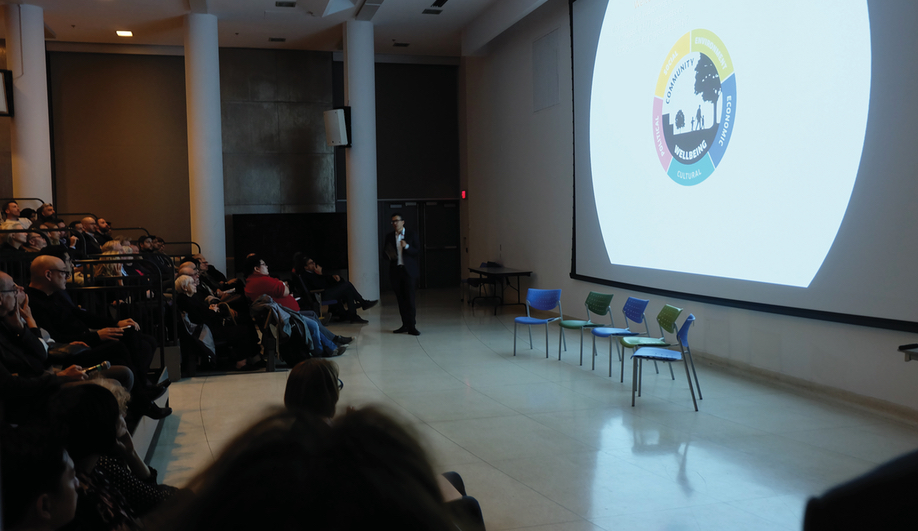 No, really. Dialog‘s Antonio Gomez-Palacio pointed out that the biggest threats to an urban wellbeing are changing: 60 per cent of premature deaths, he noted, are linked to environmental and behavioural choices. The world’s population is growing and increasingly urbanized – and everything from childhood obesity rates to food affordability spikes in cities. Worse still, only 4 per cent of public resources are spent on environmental and behavioural well-being. “We’re still planning our cities as if the key problem is infectious diseases, as if we’re trying to get away from tuberculosis,” he says. “We’re not planning our environments, our cities as if the key issue was our behaviour and lifestyle.”

But then, there’s the smoker. With smoking, he says, we have established a link between a behaviour and a health outcome – and through aligned public resources and policy, smoking rates have declined steadily in the last two decades. If we can establish a similar link between the built environment and health outcomes, there’s a significant opportunity to design cities that are welcoming, affordable, resilient and encourage community well-being.

Gomez-Palacio, for his part, has taken a first step: Dialog has released a framework for measuring community well-being, which attempts to quantify the impact design has on our mental and physical health – which can guide designers, architects and eventually policymakers. And he championed developing these indicators with the ground-up involvement of communities themselves. “It has to be a conversation, a grassroots conversation informed by evidence,” he says.

2. Find common ground through planning, design and political will. 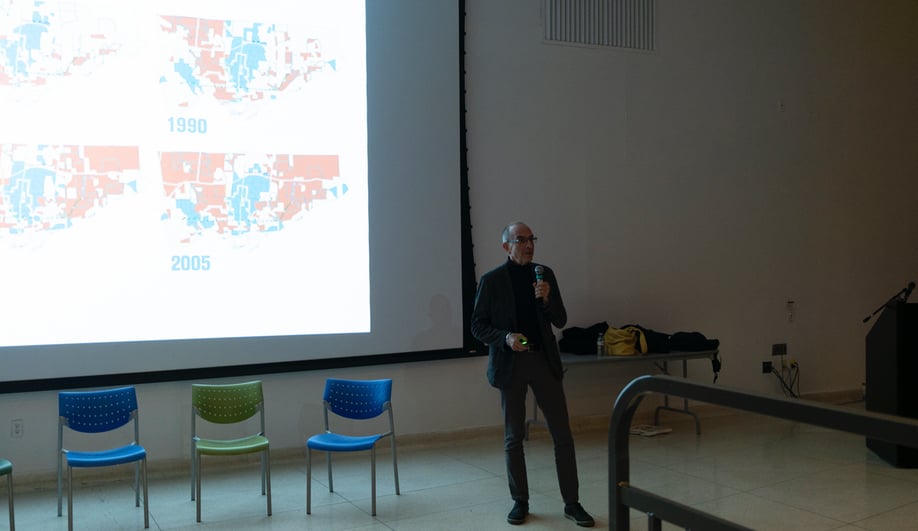 Over the last two generations, says Greenberg Consultants founder Ken Greenberg, cities have become victims of their own success. After experiencing a suburban exodus post-World War II, many of the world’s cities have seen an astonishing reversal. Residents are returning, but at a cost: urban centres have become increasingly expensive, transforming into a playground for the rich. Pointing to the influential work of University of Toronto professor David Hulchanski, Greenberg noted that Toronto is becoming increasingly segregated: poverty has been exported from the city centre, which has become “bleached.” Newcomers are increasingly pushed further from the core into transit and food deserts. No one is interacting. “This is a pattern you see repeated in city after city,” says Greenberg. “It’s a profound problem, and one that we ignore at our peril.”

This results in a lack of social cohesion, a city segregated along race and class lines. But Greenberg suggests this is a problem solvable by planning and political will, and he points to a city to emulate: Helsinki. In that city, Greenberg says, a 40-40-20 model was adopted for development: 40 per cent must be social housing, 40 per cent must be rental housing, and 20 can be market-price housing. Each new neighbourhood (and each block) must feature this ratio, creating diverse neighbourhoods by design – using schools, neighbourhoods and parks as connective tissue. “The point of the Helsinki example,” he adds, “is that this is not rocket science. Everything about it is normal. The greatest abnormality is thinking that the private market in real estate was going to sort out where people live in our city.”

This solves a key problem for diverse, sprawling cities: helping residents find common ground, which was a key driver behind Greenberg’s much-beloved Bentway project in Toronto. 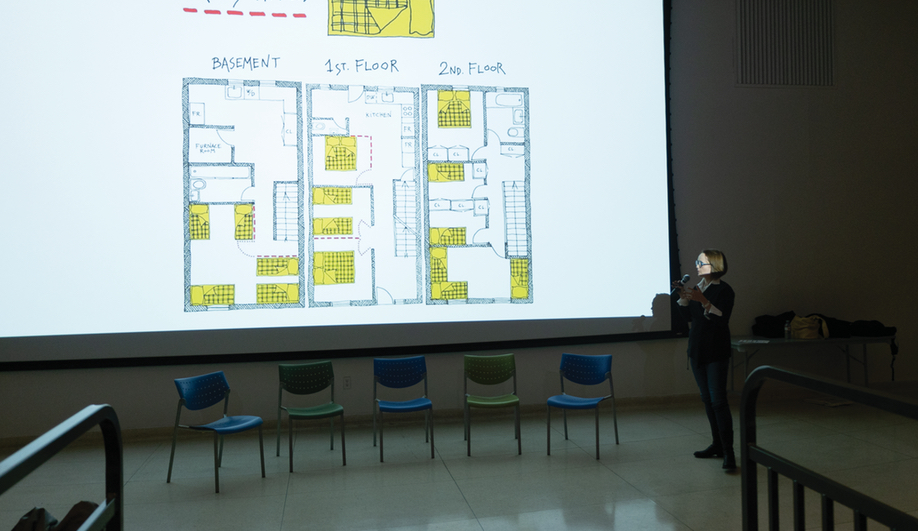 Transit is critical in connecting cities. But transit projects deliver in the long-term – focusing on housing, suggests Superkül’s Meg Graham, can address issues around affordability and access now. She suggests that Toronto suffers from “underhousing”: since 2001, Graham says 50 per cent of Toronto’s landmass has actually decreased in density. In Toronto, specifically in its older neighbourhoods built around single-family residences, there are 2 million empty bedrooms. “The core and the inner suburbs, those areas were built for a different demographic than what we find ourselves with today.”

Toronto’s traditional neighbourhoods – with proximity to transit and crucial amenities – need more housing. And the city needs to think beyond high-rises and single-family homes: she points to laneway homes, the sort imagined by Brook McIlroy, as an example of a new typology that responds to the need for smaller, more affordable housing. These homes aren’t a single solution, she cautioned, but an example of a creative solution that tackles Toronto’s underhousing problem.

That, and to address housing problems, the city needs to approve development faster. “It’s an issue of political will, and re-examining what we’re building and who we’re building for,” she says. “We need a deep dive into what our demographics are, how we’re living, and how we’re able to better accommodate that in 2018, despite the modalities that we’ve had from earlier generations.”

4. Use greed as an opportunity to redistribute wealth. 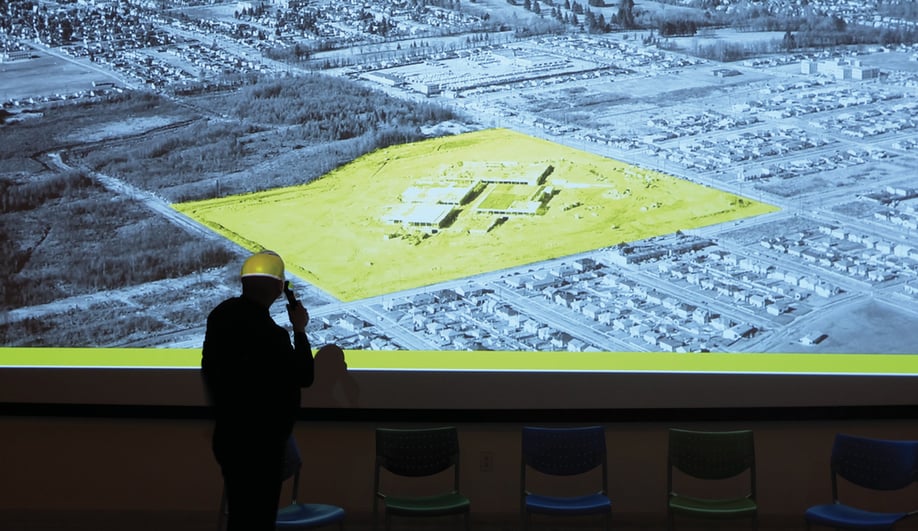 It’s hardly a secret. Vancouver, notes Henriquez Partners Architects’ Gregory Henriquez, is the least affordable place to live in Canada, and the cost of living is rising – in just a few years, the cost of condos has risen from $550 per square foot to, in some projects, $3,000 per square foot. Pair that with widening inequality – the city’s income inequality rates have increased by more than twice the national average since 1982 – and it’s a recipe for crisis.

But Henriquez sees a possible solution: taxing real estate investors who want a piece of the Vancouver skyline. He points to the redevelopment of the city’s Oakridge Centre as a way to convert greed into social good. In order to build towers over the former suburban mall developers were required to make a community amenity contribution worth about $200 million. “In Vancouver,” he notes, “towers are the economic engine of development”

The project will introduce 5,000 new units of housing, 500,000 square feet of office space, a 100,000 square-foot civic centre and 580 units of social and rental housing. A 12-acre park, maintained by the developer, was also gifted to the city. “It’s the least controversial project in the history of our practise,” he says. “The developer has to give these things back in exchange for building all this density. It’s the largest community amenity contributed in Vancouver history.”

But Henriquez cautions that leveraging community amenities from developers is tricky – and not a catch-all solution. “Is this how we sell the rights to our city, in exchange for $200 million?” he asks. “We struggle with this internally, because don’t know any other way to create these units because the funding from the government isn’t coming so quickly.” 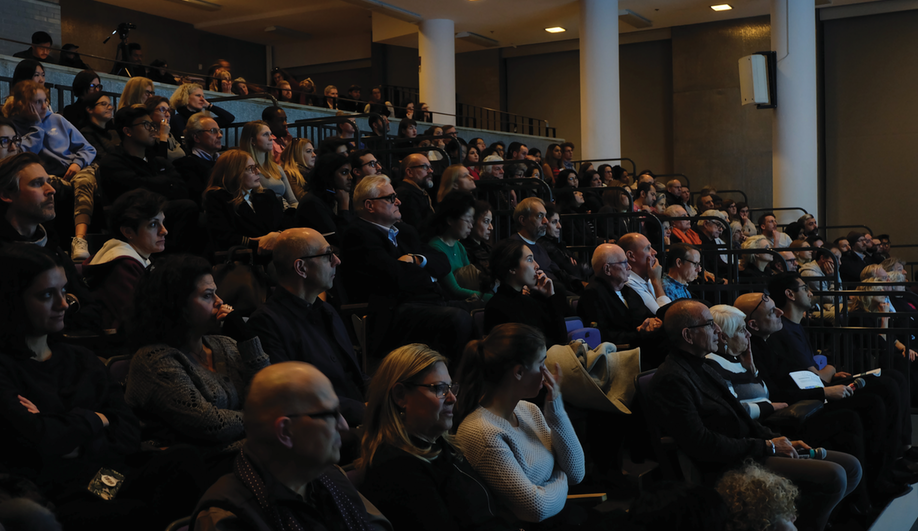 One of the evening’s most critical questions, and one that received a round of applause, came from an audience member. “We’re talking about an inclusive city. We’re talking about stats that show travel times to downtown. This event takes place downtown, admission was $20, and it’s held by a magazine that [speaks to] a fairly niche market,” he said.

“There’s going to be a certain population that isn’t in this room right now. When we talk about inclusivity and we talk about cities that are inclusive, what more can folks like yourselves do to engage the general public – and specifically, those who might not have access to the resources to engage in these conversations fully?”

It’s a question worth asking. And continually.