What Retailers Can Learn From Everlane’s Flagship Store
Manhattan's Everlane flagship store, designed by Leong Leong, aims to bring the simplicity of online shopping to the physical world. 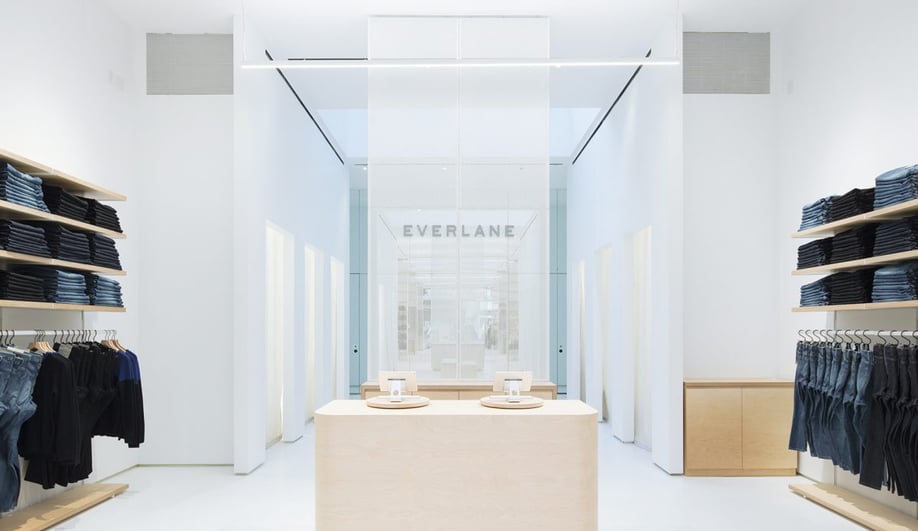 Before the internet was saturated with clothing startups hawking premium basics, there was Everlane. Launched in 2010, Everlane, along with labels such as Frank and Oak and Warby Parker, established an online-only business model that delivered quality clothing at affordable prices. The brand’s philosophy was built on radical transparency: it disclosed factories, labour expenses and shipping costs; through its direct-to-consumer model, it managed to keep prices low.

Fast forward eight years, though, and Everlane has changed. With US$51 million in sales in 2016, its clothing has become a creative-class uniform; its continuing ascension has seen Everlane called the next J. Crew and a millennial fever dream. After famously promising that it would never move into physical retail, the brand has now opened a store in Manhattan, joining the likes of, well, Frank and Oak and Warby Parker. And Bonobos. And Bailey Nelson. And Athleta. And Amazon, which opened a curated bookstore in New York. 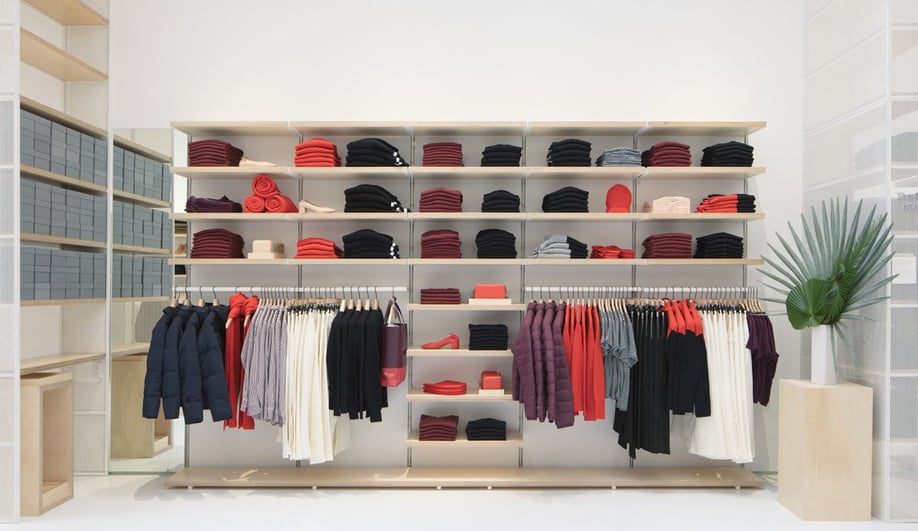 Which brings us back to Everlane. After launching a series of pop-ups, the Silicon Valley brand has found a 2,000-square-foot home at 28 Prince St., in Manhattan’s Soho district. So, why venture into physical retail? Because the company believed it could design a better shopping experience, one that is firmly rooted in the fluidity of e-commerce. And it chose Leong Leong to create that very experience, which it will soon replicate with another Everlane outpost in San Francisco.

Led by Christopher and Dominic Leong, the firm developed a space that feels like a showroom. Lit by four skylights and lined with wall-mounted blond wood shelving, the Everlane flagship store is tastefully minimal, drawing eyes to the sweaters, denim and shoes on offer. “We designed a store that is highly functional and shoppable but also extremely pure in its aesthetic palette,” says Christopher. “The simplicity of the design aims to make the brand even more accessible but with an extremely coherent point of view. For example, all the fixtures in the store were designed with very simple geometries but they are still very tactile and accessible.” 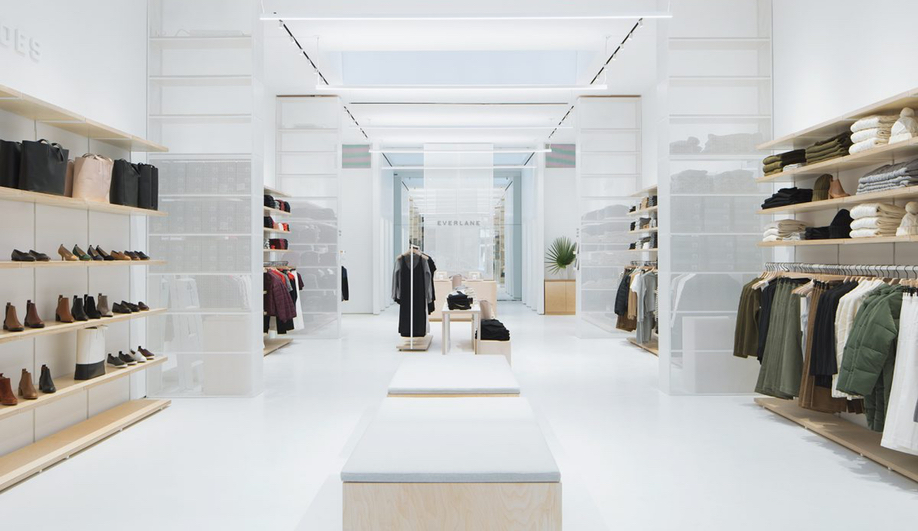 After passing through a 14-foot glass storefront, visitors enter an interstitial lounge, meant to connect the interiors to the street. Custom benches, boxed water, and neighbourhood guides invite users to linger. Placards detailing Everlane’s philosophy (including a station with headphones playing sounds from its Los Angeles factory) line the store’s walls. It’s an exercise in branding, to be certain, but like Everlane’s logo-free clothing, the product and process do most of the marketing.

As visitors venture further, four display units emerge. Keeping with Everlane’s ethos of radical transparency, each is wrapped in perforated white metal (below), giving the flagship a distinct translucency. Transactions are made easy, here: check-out areas are stealthily embedded into each of the display units; a concierge desk sits at the store’s rear; and if something isn’t in stock, it can be ordered at the flick of an iPad. 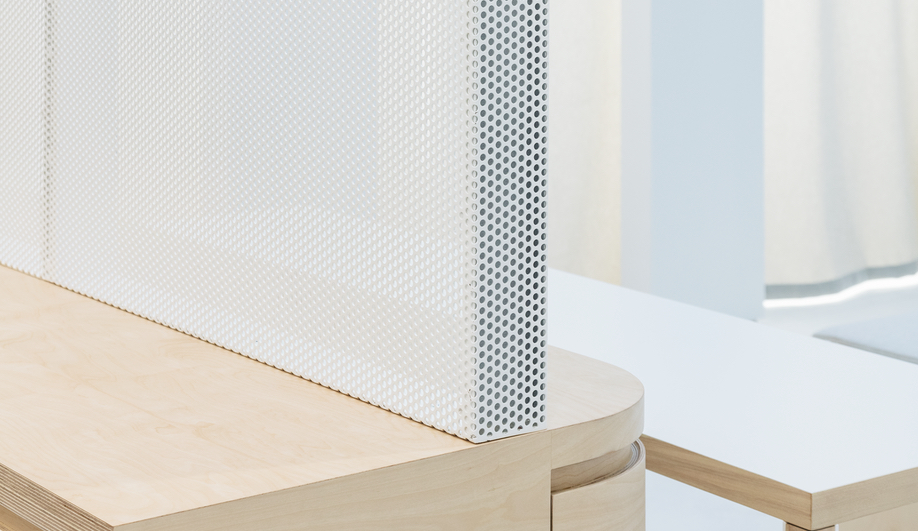 Retail workers don’t simply hawk clothing. Instead, they help check out items quickly or, after analyzing a visitor’s profile, make recommendations based on order history. Customer data is key for Everlane: it famously has no creative director, instead employing a committee of designers guided by crowdsourced insights. But while tech is at the centre of Everlane’s business, Leong Leong didn’t want it to overwhelm the store.

“We focused on creating a simple but considered environment that utilizes ‘soft’ technology, to leverage the seamlessness of online shopping in the physical space of a store,” says Dominic. “Technology should really be invisible and enhance the customer’s experience and understanding of the product. It should also break down barriers and create more meaningful interactions between the staff and the customer.” 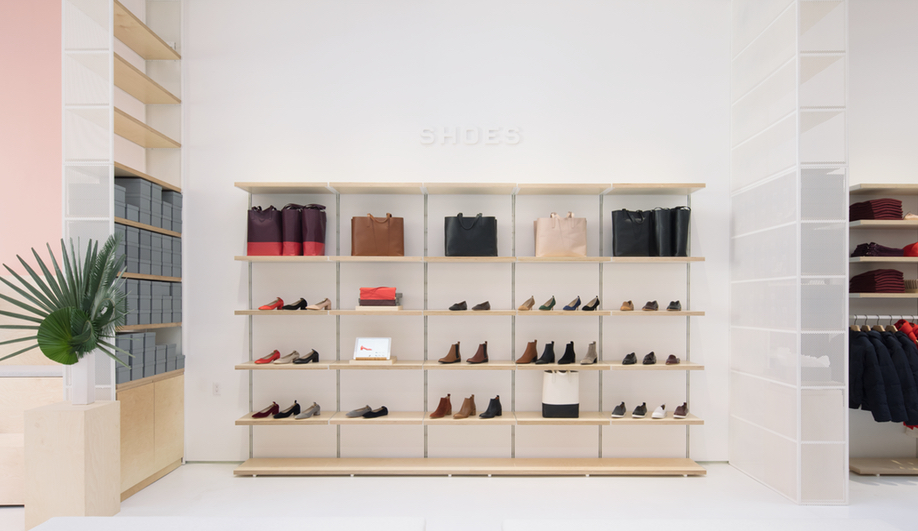 Beyond the kiosk, Leong Leong created a fitting area that “celebrates the social aspect of trying on clothes,” complete with a 14-foot-tall mirror. It’s a familiar part of most clothes-shopping experiences, and that may be the point: Everlane retained the essential characteristics of physical retail, but bolstered it with the frictionless qualities of e-commerce. Many retailers, online or otherwise, should take note.