Designer Profile: Leong Leong
Dominic and Christopher Leong operate in that sweet spot between experimentation and commercial contracts - a formula that is earning international attention. 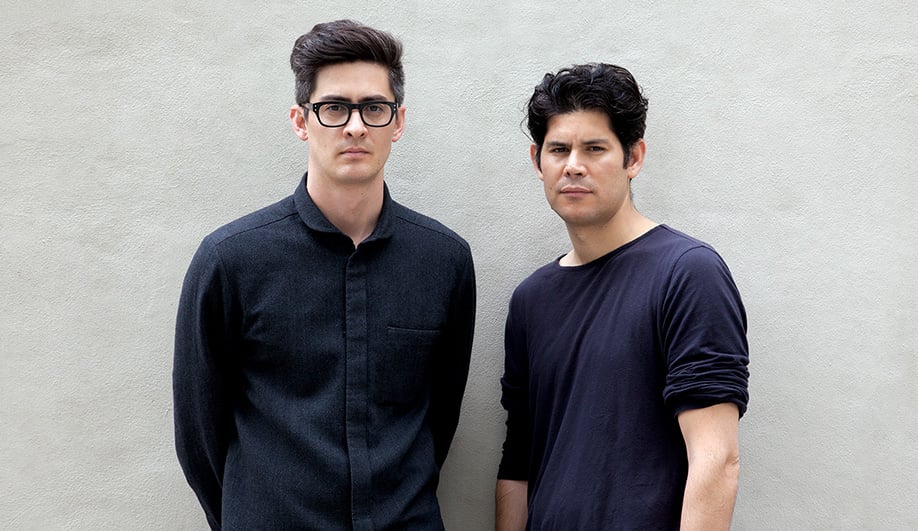 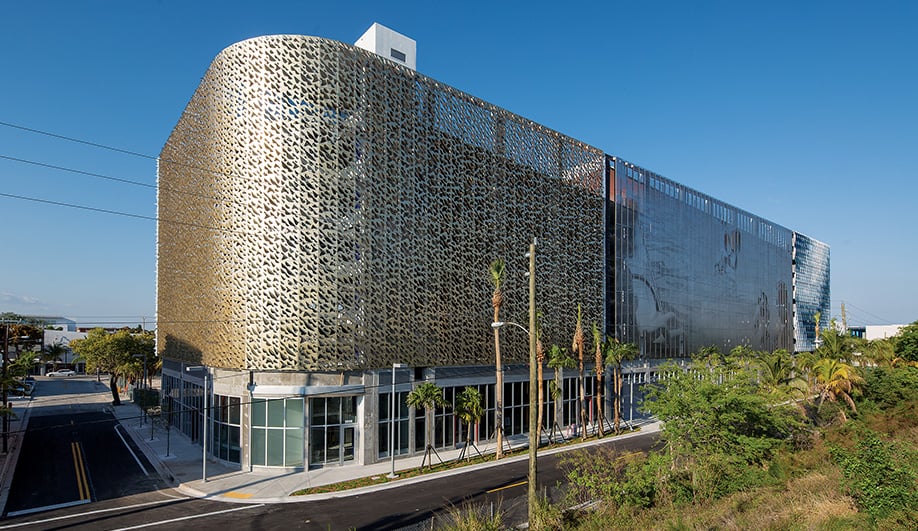 Miami Design District City Garage, 2015nFolded fin cut-outs in panels of gold titanium-coated steel create an attractive aesthetic on the exterior while diffusing the sunlight that streams in. 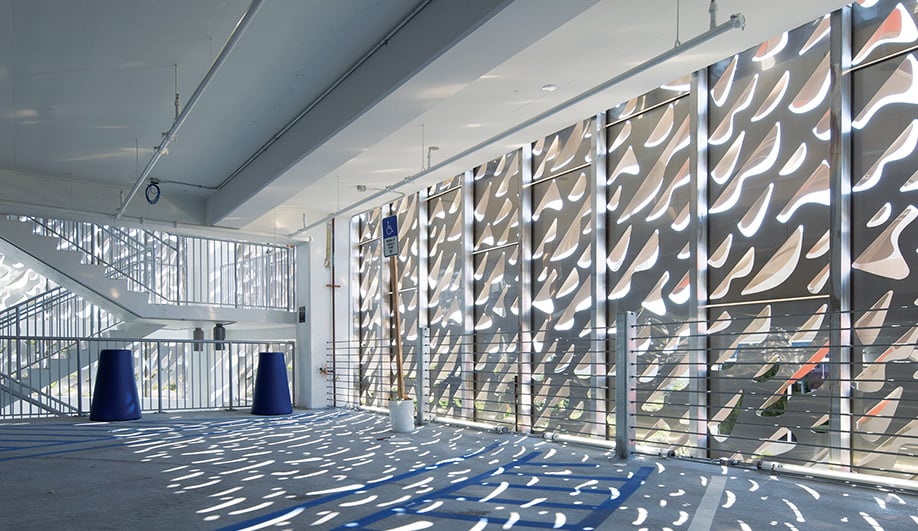 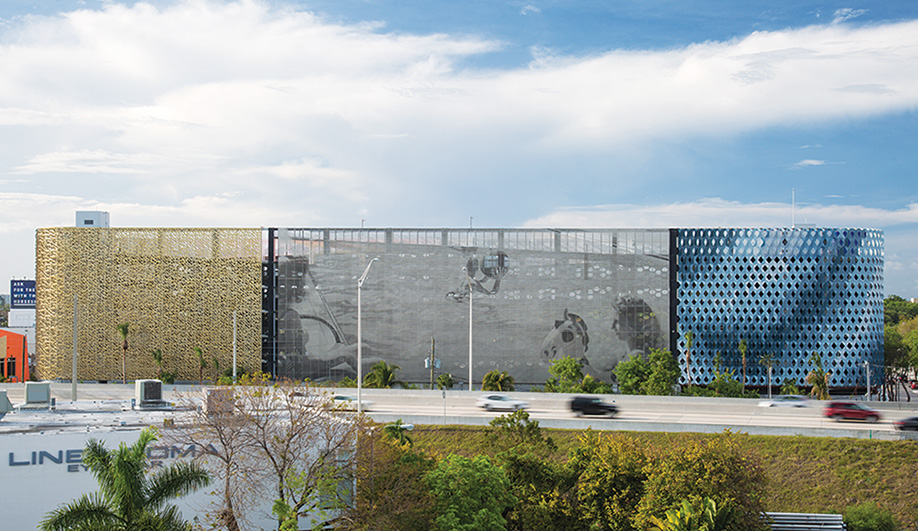 The unique project merges three distinct facades, with Leong Leong’s contribution on one end and nSan Francisco firm IwamotoScott’s on the other. The work of artist John Baldessari adorns the centre panel. 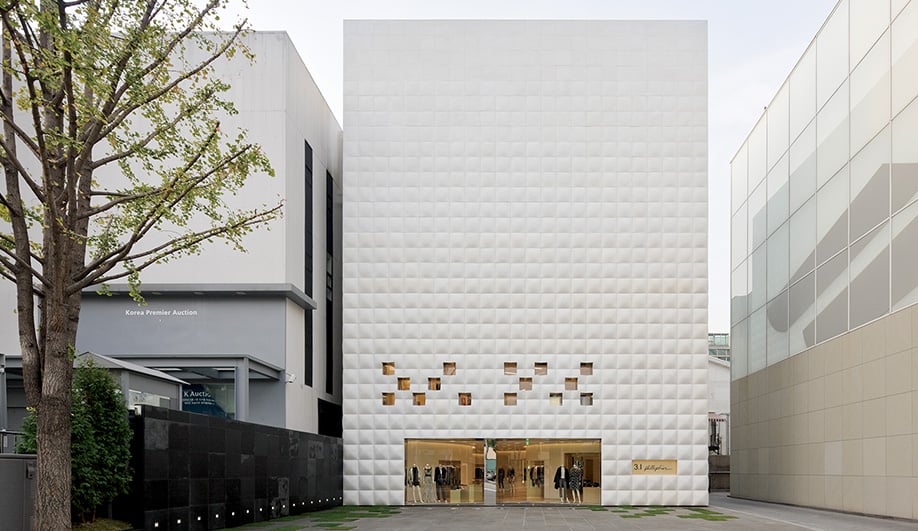 3.1 PhiLlip lim, Seoul, 2009nThe firm’s first project for the American fashion house is a bold geometric exterior clad in white concrete tiles. The exploration of texture and light continues inside, with brass spikes interspersed along the white surfaces. 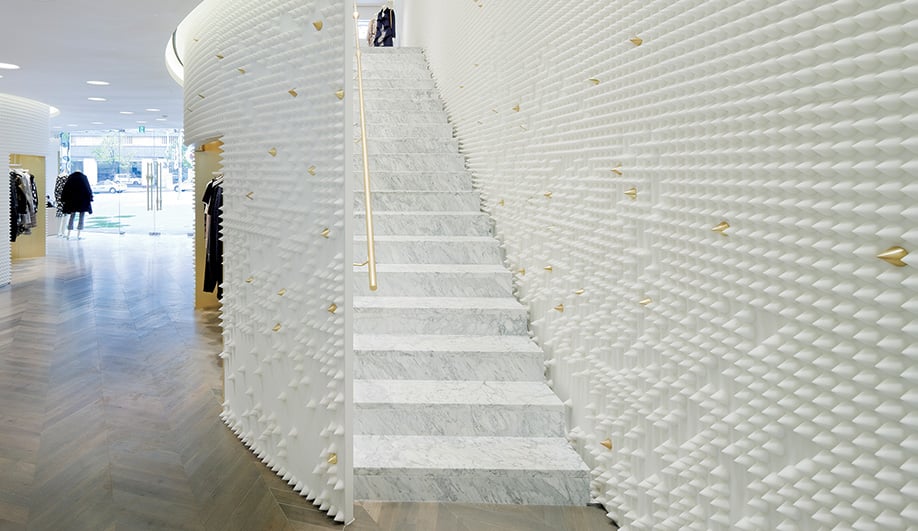 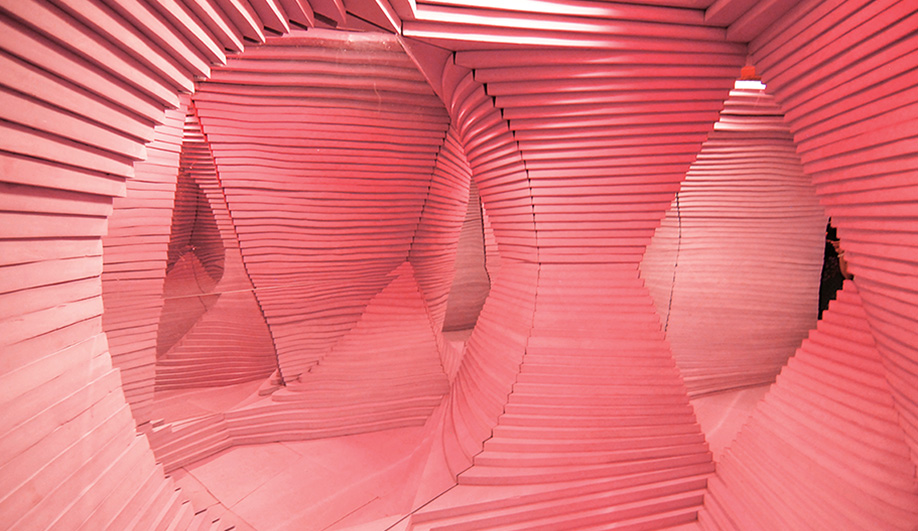 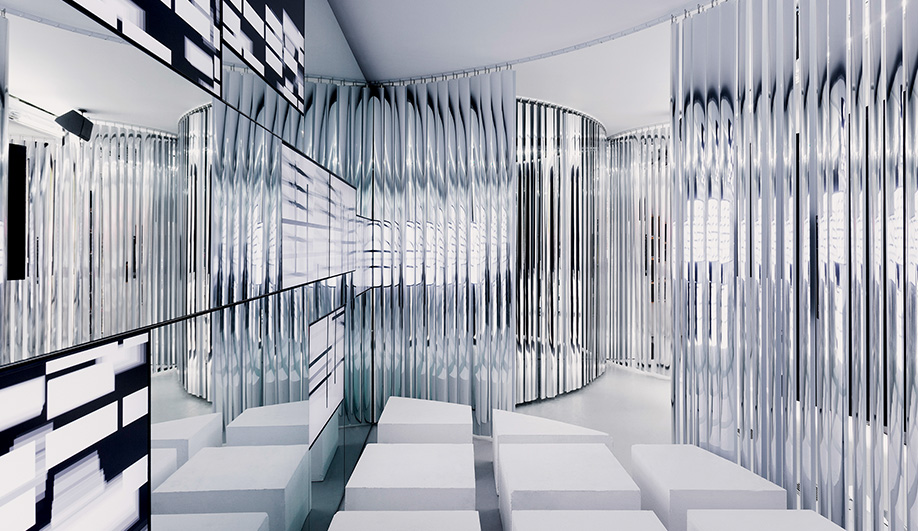 Past Futures, Present, Futures, New York, 2012nFor this group exhibition, the Storefront for Art and Architecture’s interior was transformed with metallic vertical blinds, which the firm has used in other projects. The exhibit showcased 101 unrealized proposals for the city. 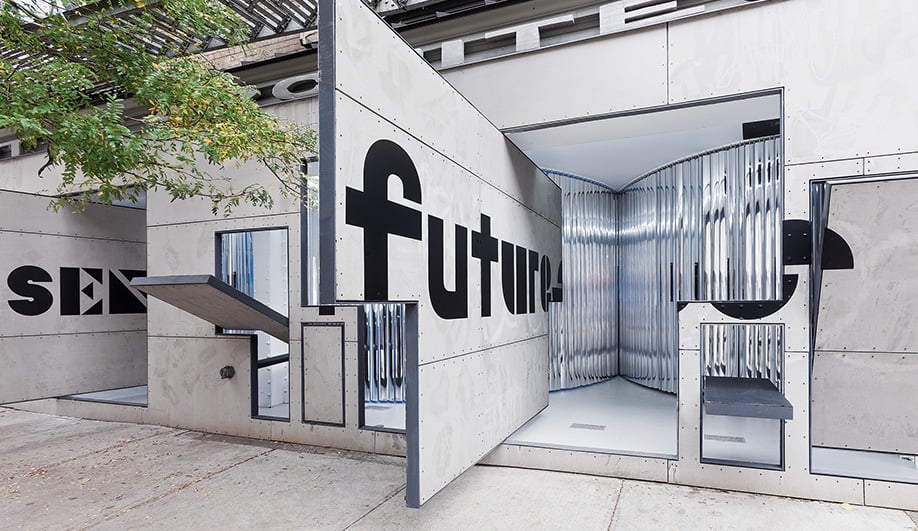 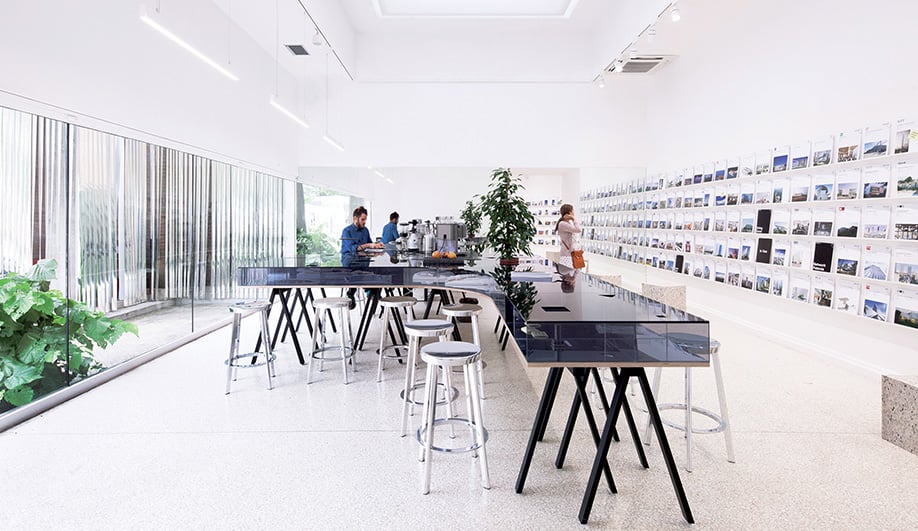 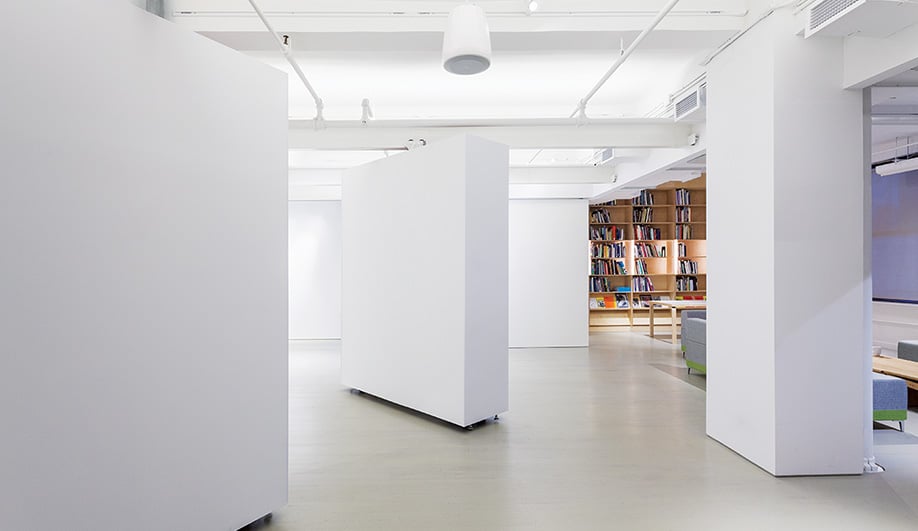 MASTER OF ARTS Curatorial practice Program facility, School of Visual Arts, New York, 2014nThe practice exhibition room for tomorrow’s curators has walls that slide and rotate to quickly and endlessly reconfigure the size and scale of the space.

Dominic and Christopher Leong operate in that sweet spot between experimentation and commercial contracts – a formula that is earning international attention.

Backstory
At Leong Leong, architecture runs in the family. Christopher and Dominic are following in the footsteps of their father, Wayne (an architect based in St. Helena, California), with whom they still sometimes collaborate. Although both brothers studied architecture, they initially chose separate paths. Christopher, 38, earned his degree at Princeton University, then took a job with SHoP Archi­tects in New York; Dominic, two years younger, studied at Columbia University in New York, and worked for Bernard Tschumi before co-founding the PARA Project architecture office, also in New York.

In 2009, when American fashion house 3.1 Phillip Lim approached Dominic about a range of projects, it seemed like the ideal time for a family reunion. “Christopher and I always imagined working together,” says Dominic, who had impressed the label with the design of the company’s Los Angeles boutique while with his former firm. “3.1 Phillip Lim was expanding at the time. It was opportune timing.” Leong Leong’s first job was a boutique in Seoul with a chic exterior made up of pillowy white concrete tiles. Inside, white and brass spikes protrude from the walls, while the more intimate interior volumes are lined in warm natural leather and custom wallpaper by Korean-American artist Wook Kim.

Since then, the pair has designed the brand’s New York office, and they have picked up other fashion-related projects, including the Opening Ceremony boutique inside New York’s Ace Hotel; and the flagship for PYE, a men’s shirt brand based in Hong Kong. Over the years they have developed a keen eye for using both high and low materials in inventive applications, and slicing up spaces in unconventional ways.

Turning Point
Leong Leong got its start in the fashion world, but the brothers were determined to avoid being pigeonholed. “We started self-initiating projects and doing installations around the city,” says Dominic, pointing to such projects as Turning Pink, where they built a cave-like inhabitable interior in a Manhattan gallery from sheets of rigid pink insulation. “For us, it’s interesting to be in the realms of both commerce and pure culture,” adds Christopher. “We can take the installation practice into the commercial realm and vice versa. We find a lot of territory to explore while blending those boundaries.”

This conceptual approach led to their designing the U.S. pavilion for the 2014 Venice Biennale of Architecture. They obscured the Doric column entrance from end to end with mirrored vinyl blinds, giving the neoclassical structure a new personality with a product usually reserved for office interiors. Inside, the space was a landscape of bi-level work tables topped with smoky transparent acrylic. Eight staff members from the newly formed firm OfficeUS worked at the desks for the duration of the bi­en­nale, transforming everyday architectural work into perform­ance. At the end of each day, their tools and models were stored on a shelf beneath the tabletop, where they remained on view for visitors. “The work surface became this interface between the office and the public,” says Dominic.

Material Matters
Leong Leong uses materials in ways that imbue them with a sense of mystery. For the facade of a parking garage in Miami’s Design District, gold titanium-coated steel panels are patterned with curvilinear fins cut and folded from the metal. “We wanted to create a facade that would read at two different scales,” says Christopher, referring to the perspectives from the sidewalk and the nearby highway. “When you’re up close, you see shadow and depth, but from afar you see more of a pattern.” Inside, the slices animate the garage with a play of light and shadow. Interestingly, the garage incorporates two other facades, one by architecture firm IwamotoScott and artist John Baldessari.

In 2014, to create a facility for the curatorial practice master’s program at New York’s School of Visual Arts, Leong Leong collaborated with Charles Renfro of Diller Scofidio + Renfro. The centre includes a 280-square-metre learning environment with a space in which to practise installing exhibitions. Customized mobile walls made of drywall and plywood rotate and slide on ceiling tracks, enabling it to be reconfigured with countless layouts. “The idea is that it becomes a laboratory,” says Dominic. “There’s a push and pull between art and space.”

On the Books
Everything from a country house in upstate New York to the accessories floor of the Au Pont Rouge department store in St. Petersburg, Russia, has been realized in the Leong Leong studio. Its largest project to date is a new 15,000-square-metre campus for the Los Angeles LGBT Center, slated to break ground next year and open in 2018.

“It’s a mixed-use campus with housing for seniors and at-risk youth, emergency overnight beds, social services and arts facilities,” says Christopher. “The design is based on a mosaic, with different parts fitting together,” he continues, noting how the four buildings will house distinct functions, linked through intimate, pedestrian-friendly courtyards. “They connect everything,” he says, “while creating buffers between zones for the many types of users.”