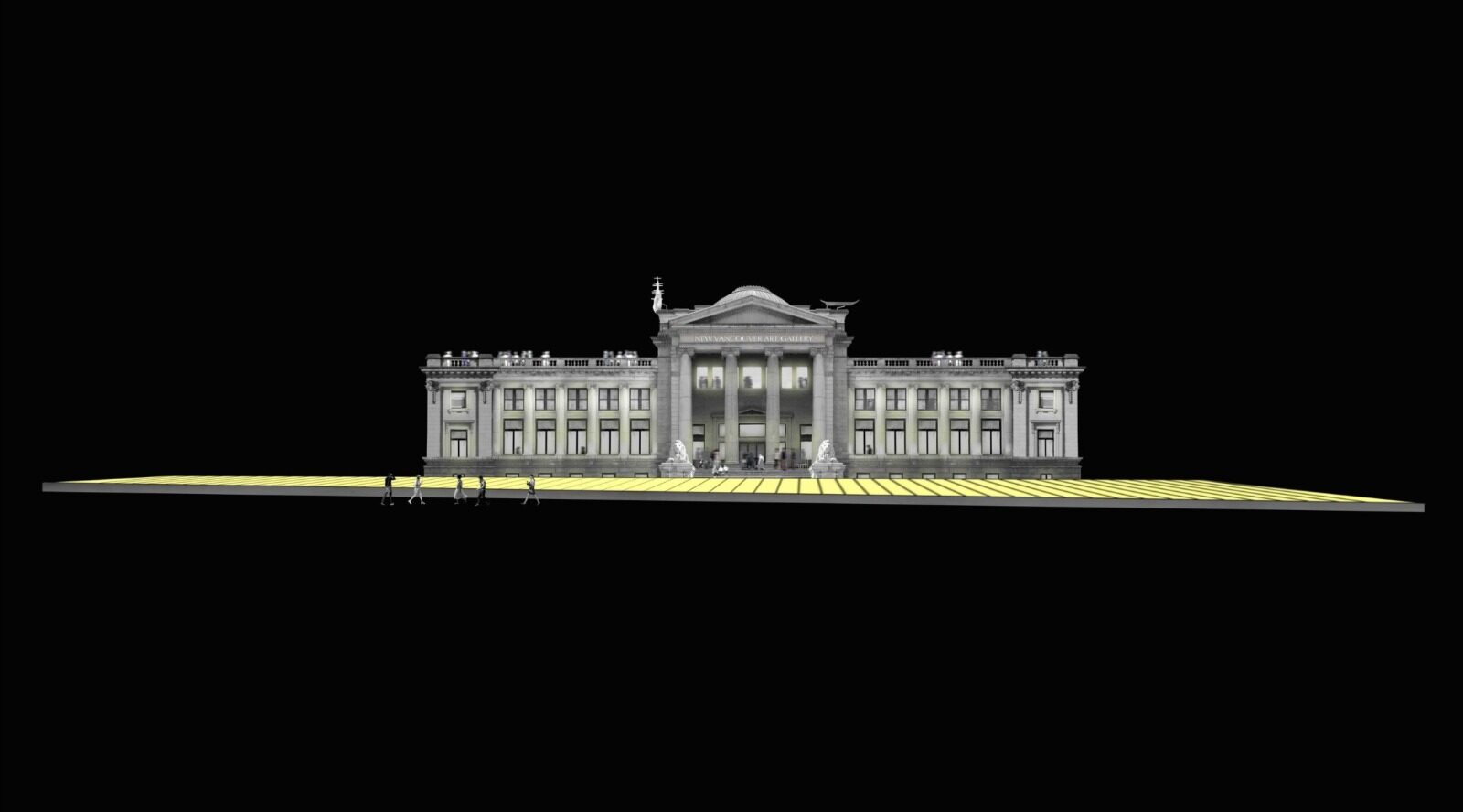 Extra Ordinary: What We’ll Miss Most about Peter Cardew

Architects remember the late RAIC Gold Medallist as a beacon of candour and rigour.

When Peter Cardew died at 81 in Vancouver, the design community shared a common reaction: not unexpected but shocking just the same. Partly because he worked and played so intensely right until the end, but also because we collectively realized what a rare voice he had. Hardly ever the loudest voice in the room, but almost always the clearest.

With honesty as his modus operandi, he avoided small talk, obfuscation, and flattery. For some people, used to a thick varnish of Canadian polite-speak, that approach could make first encounters somewhat intimidating. Once used to it, one could appreciate just how rare and valuable it is to have a rational and unblinkingly candid conversation, and how our design culture would benefit from more of it. “That’s the definition of Peter: he was unvarnished in design and in thought,” says Vancouver architect Marie-Odile Marceau, a close friend.

His students and colleagues knew this too. The University of British Columbia School of Architecture had engaged Cardew to teach in 2000, and for the rest of his life he remained involved in the school through crit sessions, advisory council meetings and other interactions. Few of his peers could deliver his kind of clear-eyed, incisive and utterly candid analyses. Cardew did not reshape his opinions to pander to students, colleagues, academics, friends, or anyone else. “I’d ask people: why is he so hard on my work?” recalls Gair Williamson, his best friend. “And they’d say: Because he loves you, Gair.” 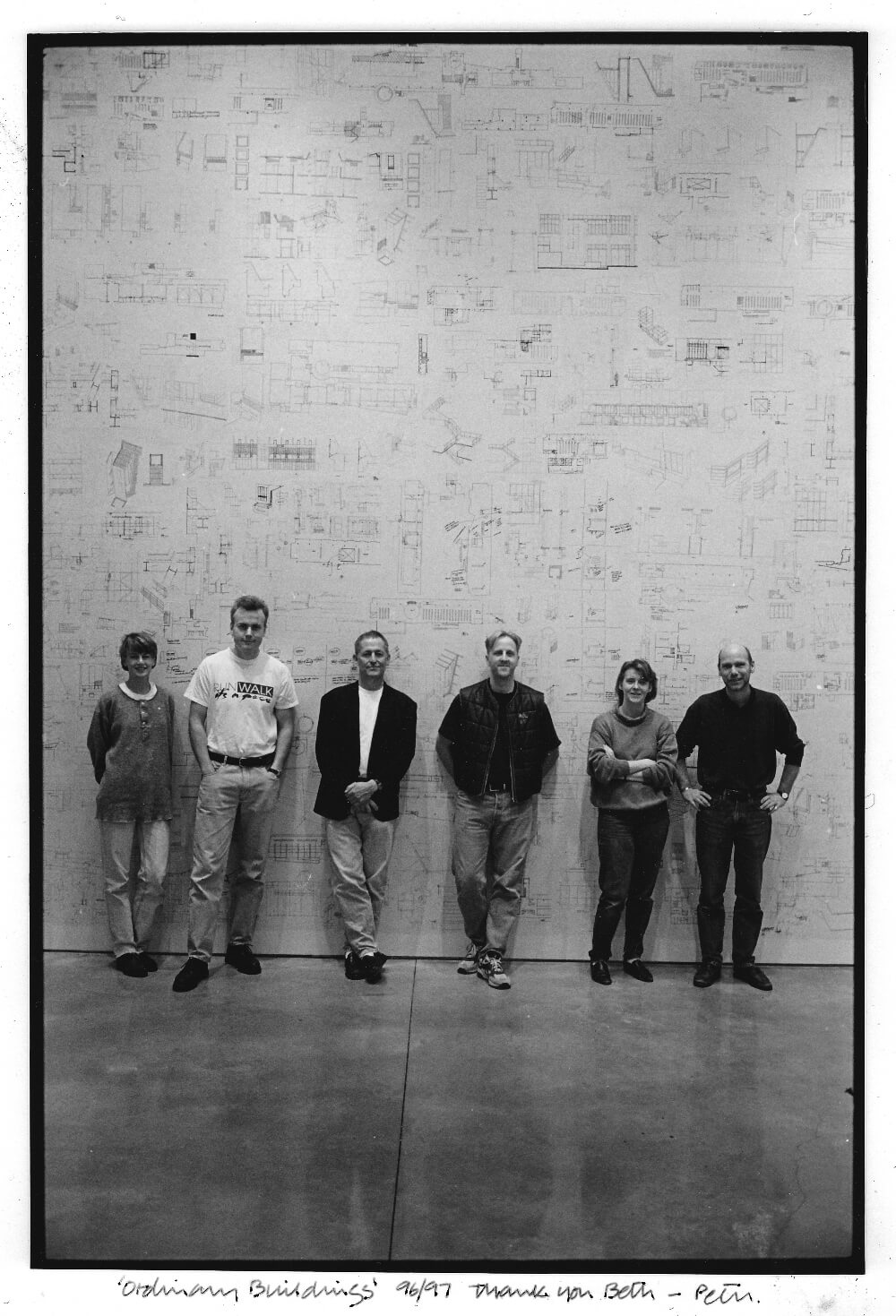 For David Battersby, among others, that made the currency of his commentary all the more valuable: “Peter always said exactly what he meant, so for him to say anything at all about your work was a thrill.” When he told Battersby that with his 1995 Monte Clark Gallery design, “You raised the bar for architecture on Granville Street,” the nine-word comment felt as exhilarating to Battersby as a 10,000-word accolade.

In the same vein, Cardew spoke with constructive candour to clients, editors, writers and critics, avoiding that subtle and often subconscious sales pitch into which architects sometimes lapse. Every conversation with him felt unusually authentic, personal, witty and memorable, largely because he refused to engage in that formulaic code of persuasion. He would never send out a press release or beseech a magazine to publish his work; we would approach him.

His buildings work in much the same way: they avoid gratuitous visual persuasion — spectacle-for-the-sake-of-spectacle — and earn their beauty through their rationality. His architecture is hard to capture in photographs, because its highest value lies in its experiential qualities rather than the one-angle-shows-it-all honey shot. No photograph can capture the magical complexity of 1500 West Georgia, or the therapeutic calm that descends when walking through the compact (and now closed, alas) Stein Medical Clinic, or the ethereal blast of light that greets you when you enter the Sturdy-Wardle house, or the quiet joy of ambling through the Belkin Art Gallery.

His disdain for gratuitous flamboyance lay at the heart of the 1996 travelling exhibition of his drawings, Ordinary Buildings, co-produced with Beth Shotton and Greg Bellerby of the Charles H. Scott Gallery. “Its intent was precise,” says Shotton. “Many architects slavishly follow trends, while others engage in esoteric theories, but Peter was at heart a modernist of the old school, understanding architecture as a practical art to address the needs of the occupants and the logic of construction, the latter explaining his abiding interest in detailing. His buildings were ‘ordinary’ in the sense of addressing very real social and tectonic issues to arrive at a final form.”

“Some architects talk about beauty, but I don’t think he ever uttered that word to me,” notes David Scott, who worked alongside Cardew for over a decade. “Instead, he would talk about dignity.” While they were working on the Stein Medical Clinic, Cardew lamented the lack of dignity in the everyday healthcare facilities. He recalled to Scott his memory of a dignified design: a pharmacy in England with a marble drinking fountain for customers to take their newly dispensed medications, to the calming sounds of gurgling water. He honoured that way of thinking by design the Stein clinic with warm woodwork, defying the programme’s usual bleak paradigm of jaundiced walls and dog-eared posters of body parts. “Why do doctors think a poster of a diseased lung is something a patient waiting in a medical clinic would want to look at?” he would ask in exasperation. He knew that the sick and the vulnerable deserved the dignity that design could offer, even if the society around them didn’t usually recognize it.

Russell Acton, like David Scott, worked at Cardew’s studio as his first job out of architecture school, and recalls his own grounding as “an old-world apprenticeship kind of thing. He would explain things very straightforwardly, talking about design and detailing at an everyday level.” Acton’s apprenticeship began after a precarious three-month wait while Cardew secured enough work to hire him. “I showed him my portfolio, and at the end of the interview, he looked me in the eye and said: “Just so you know, I do all the design for the firm,’” recalls Acton of their first meeting. “I literally burst out laughing, and told him: “I sure hope so, because I wouldn’t know where to start!” 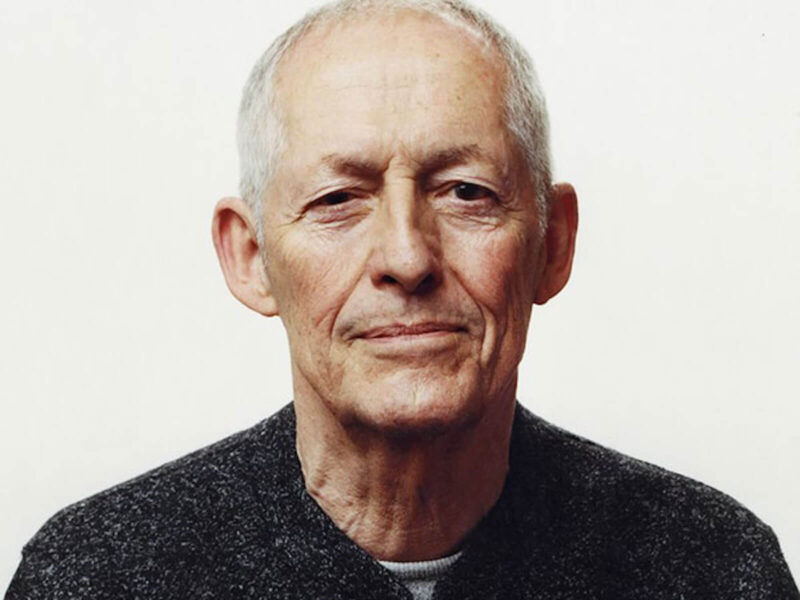 5 Projects that Capture the Brilliance of Vancouver Architect Peter Cardew
From art galleries and private homes to interior designs, the British-born architect, who died last week at the age of 81, achieved excellence in every realm.
Read More

Cardew’s inner circles, of course, have been among the fortunate recipients of his candour and creativity. These include the group of six other high-flying architects—Marceau, along her partner Leung Chow, John and Pat Patkau, Kim Smith and Bo Helliwell, a sextet with whom he made annual treks to Hornby Island and impressed with impossibly creative party costumes.

He also made periodic treks to Bowen Island with Williamson for languid conversations about architecture, which they thought might germinate into a book. In the end, their conversations proved too meandering to transcribe into a cohesive text.

In June of 2019, Cardew learned he had cancer and was given six weeks to live. True to form, he refused to accept such an adverse assessment and kept hiking up Grouse Mountain every Sunday while he wrestled his cancer to the ground. The battle entailed a few hospital stays, which reaffirmed to him our society’s inexplicable neglect of design for the everyday.  “Take a look around the room,” he exhorted Marceau and Chow during one of their bedside visits. “With all the money that goes into hospital design, why can’t architects can’t come up with anything better than these awful ceilings?”

Defying his initial cancer diagnosis, Cardew lived another year and a half until his heart finally wore out. In late October, Williamson texted him a message about wrapping up their Bowen Island talks, in words that could just as easily apply to their 40 years of collegial friendship: “We had a good run.” It turned out to be their final words to each other; he died on October 26th. 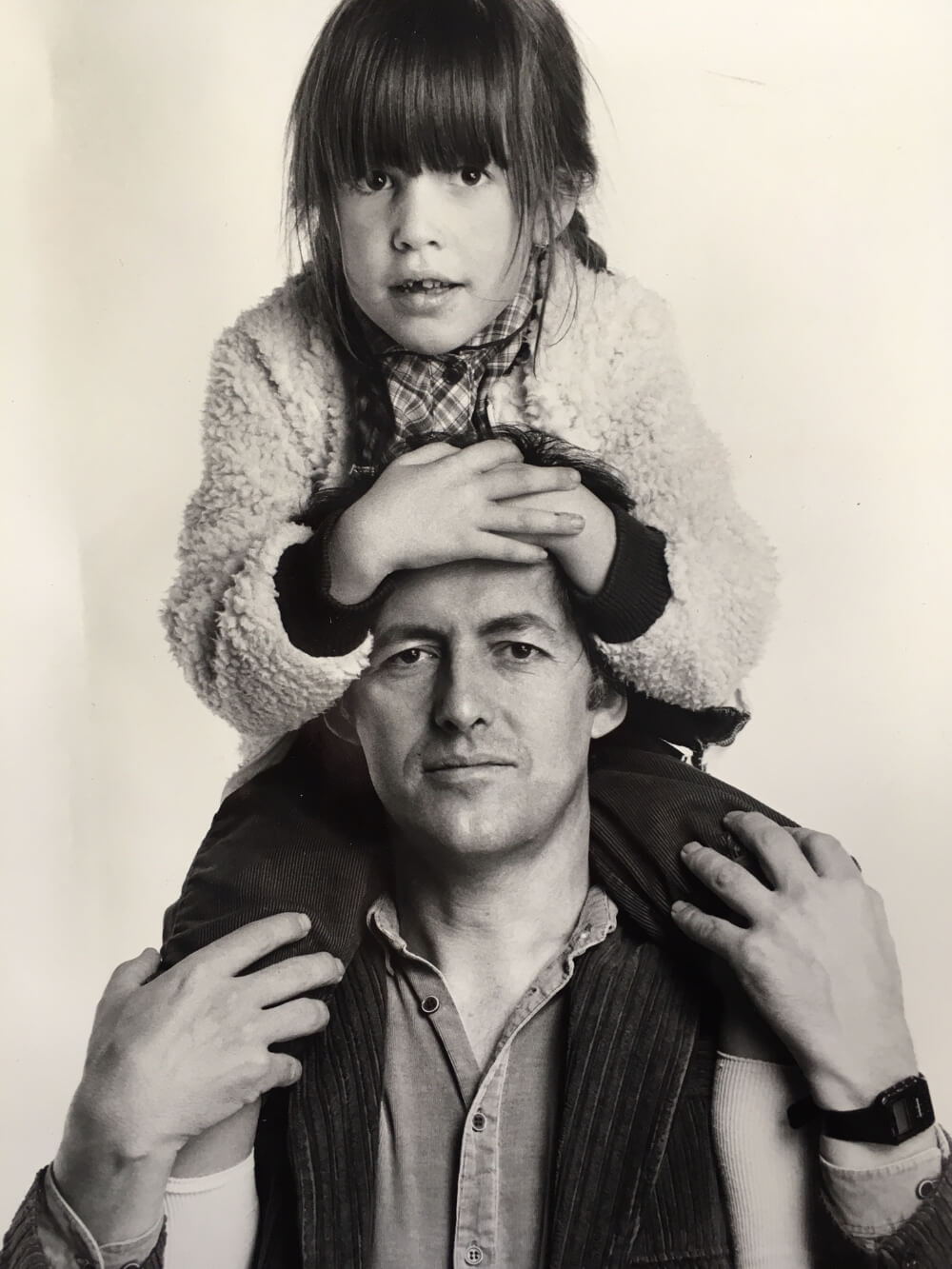 Peter Cardew, circa 1981, with daughter Savannah. PHOTO: Courtesy of the Cardew Family.

In conversation, Cardew would often reference his adult daughter Savannah, almost as a kind of avatar for the rest of humanity outside our insular design community. One of his most cherished photos is a youthful Cardew holding his school-age daughter piggyback-style while he gazes directly and fiercely into the camera. The year is around 1981, shortly after he left Rhone & Iredale Architects and launched his own independent practice. He has wilfully chosen this particular image in public contexts, including the 2018 Masters of West Coast Modernism celebratory evening hosted by Vancouver’s West Coast Modern League and Inform Interiors. Such a personal photo to represent the professional self? That too is Peter Cardew. Here he is, standing confidently and carrying the world on his shoulders – that is, the synthesis of all that matters in the world.

Hero Image: The concept scheme for the New Vancouver Art Gallery is accompanied by a 2014 video outlining Cardew’s counter-proposal for the institution’s future.

Architects remember the late RAIC Gold Medallist as a beacon of candour and rigour.