5 Iconic Designs by Gaetano Pesce
Italian design legend Gaetano Pesce will appear as the guest of honour at the upcoming 6th annual AZ Awards in Toronto. In advance of his appearance, we look back at five of the hyper-innovative designer's most iconic works. 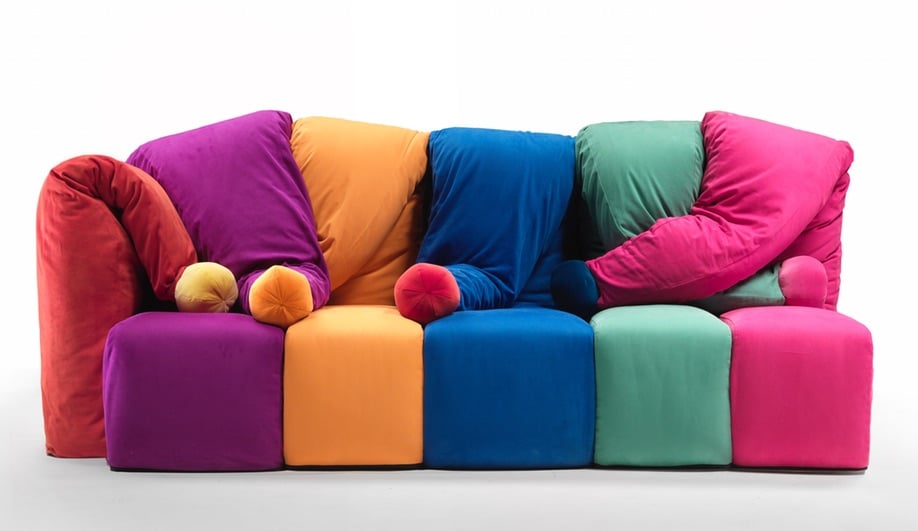 Pesce has placed concept foremost in his work, throughout a remarkable career spanning five decades. His bold experiments with form and material have produced singular – and often politically charged – pieces, from a feminist chair depicting a ball and chain to an early version of a plant-covered architectural facade. As Azure prepares to welcome Pesce at this year’s AZ Awards, here are our top picks from his vast portfolio. 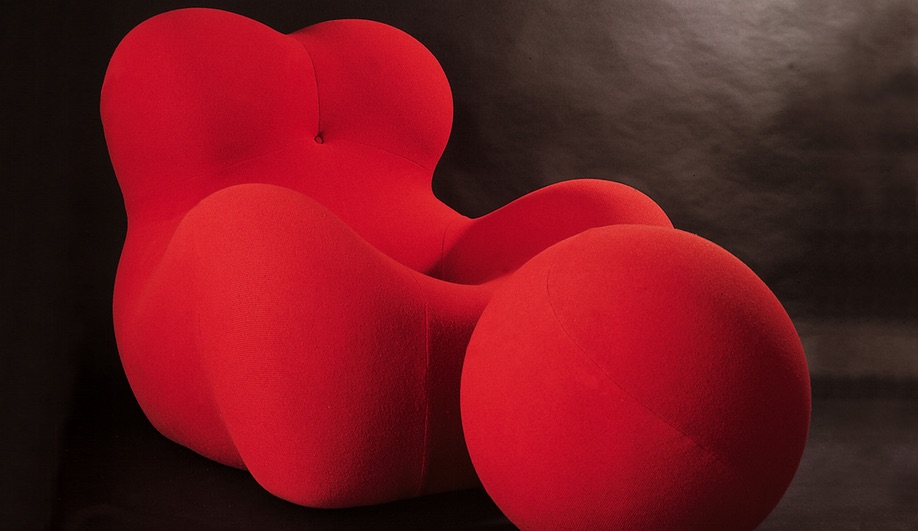 1 UP5 La Mamma Chair
Designed in 1969 for B&B Italia, this is design as clear political statement. Originally made to resemble an ancient fertility figure, the chair, with its attached ottoman, also embodies the pop-art spirit of its time. The original came in a polyurethane foam that was compressed and vacuum packed, so that when opened, it slowly expanded to regain its full shape. 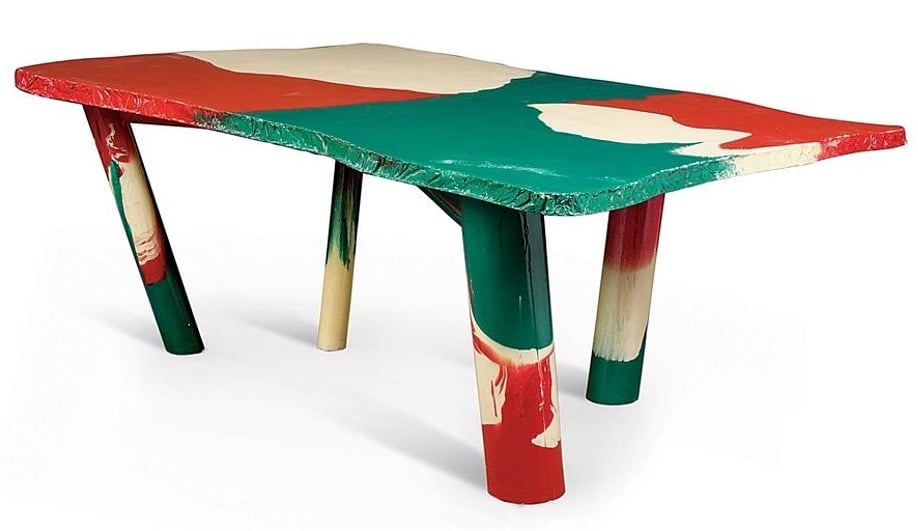 2 Sansone Table
Created in 1980 for Cassina, this groundbreaking method of casting polyester allowed the producer to determine how colours were poured into the moulds, resulting in a creative collaboration between designer and fabricator within the production process. The wonderfully unique pieces were celebrated for shining a spotlight on the methods of furniture manufacturing. 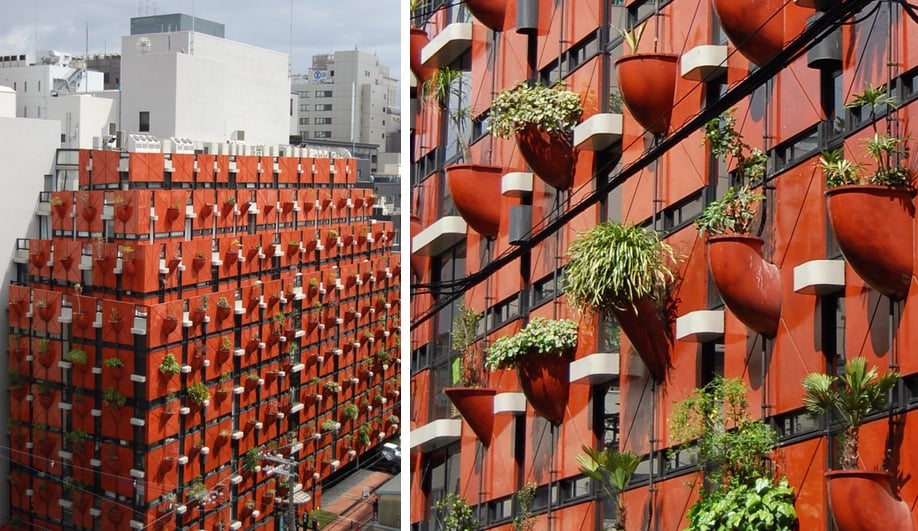 3 Organic Building
Surely a precursor to today’s ubiquitous living walls, this striking office building from 1993 features a cladding of red glazed concrete panels, each holding a pocket for a green plant. A complex system of computer-controlled tubes acts as irrigation for the building. The beloved structure, possibly Pesce’s best-known architectural project, has been declared a civic landmark by the city of Osaka.

4 Il Giullare Sofa
Named after the hat of a Giullare – that’s “jester” in Italian – this sectional joins together with zippers. Designed for Meritalia in 2012, the thoughtfully placed fabric tongues extend from the back and function as moveable cushions that can be adjusted to give comfort to the user, like an arm around the shoulders. These unusual elements encourage the user to modify them and create a personalized experience. 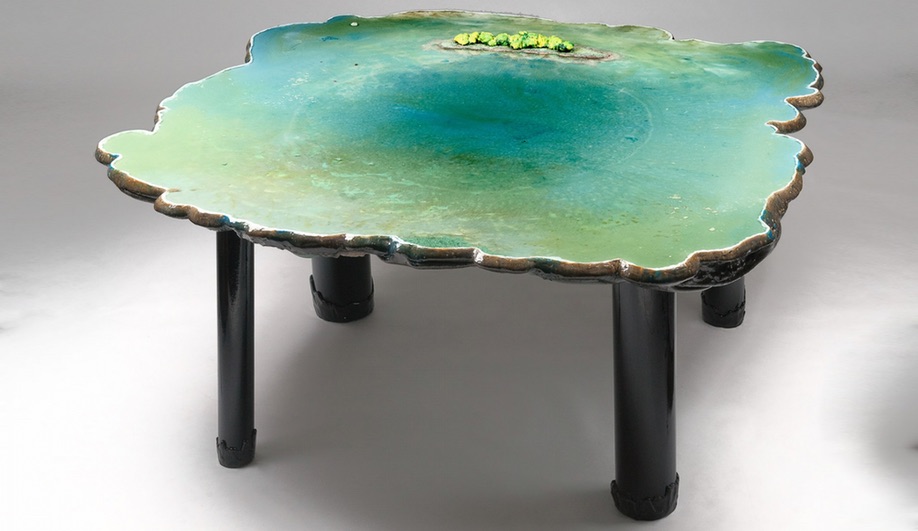 5 Six Tables On Water
These poured-resin tables exemplify the importance of material in Pesce’s work. The profound colour is made real by details added around the water’s edge. Tiny staircases, a small island and grassy banks transform each piece into one of six bodies of water: lake, pond, lagoon, puddle, river or ocean. Made in 2012 in a limited edition of six for British design gallery David Gill, the tables serve as a commentary on water’s beauty and its mistreatment by humans.

The AZ Awards Gala will take place on June 17th at the Brickworks in Toronto. To buy tickets, visit the event website.