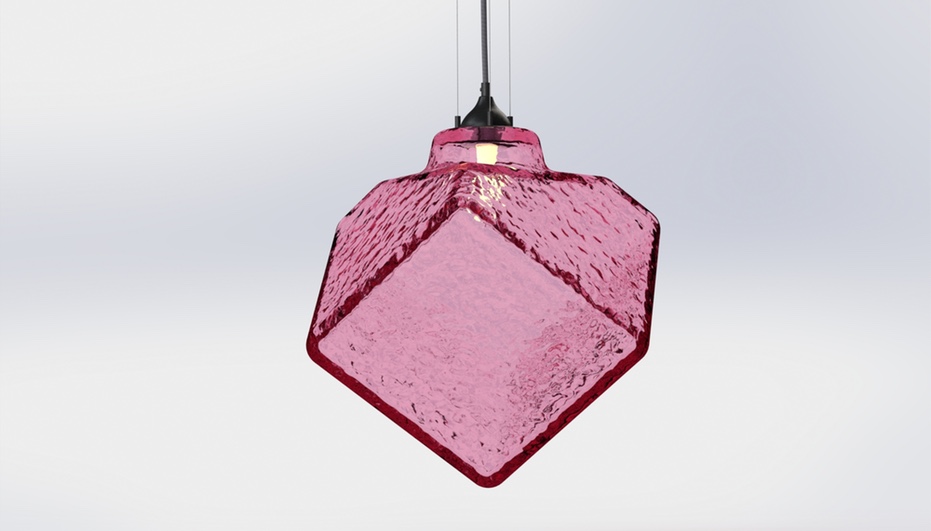 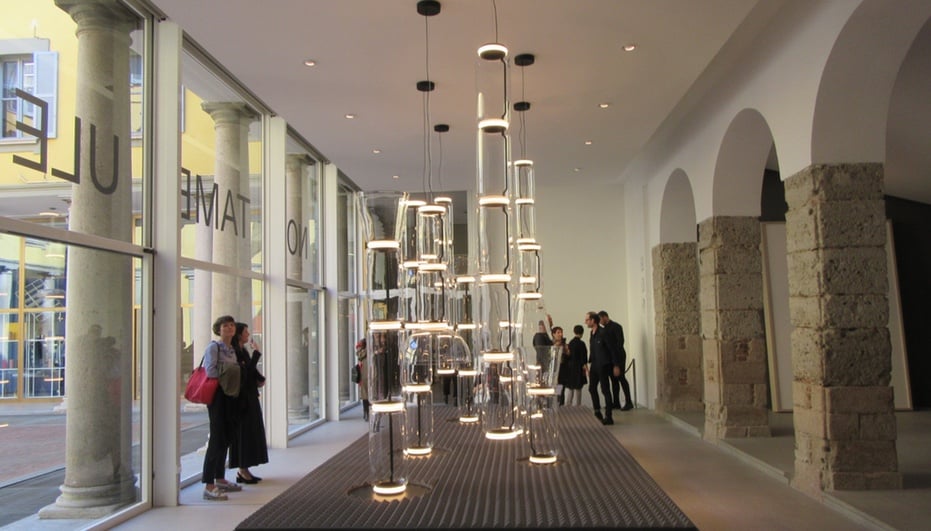 These big sculptural lights designed by Konstantin Grcic, which we featured in 2017 when they were still prototypes, created a sense of awe at Flos’s showroom in Milan. Made of cylindrical see-through glass, the fixtures are composed of bowl and cone modules that can be connected to create a standing column or pendant up to six segments long. An LED ring at the modules’ base is the sole light source. 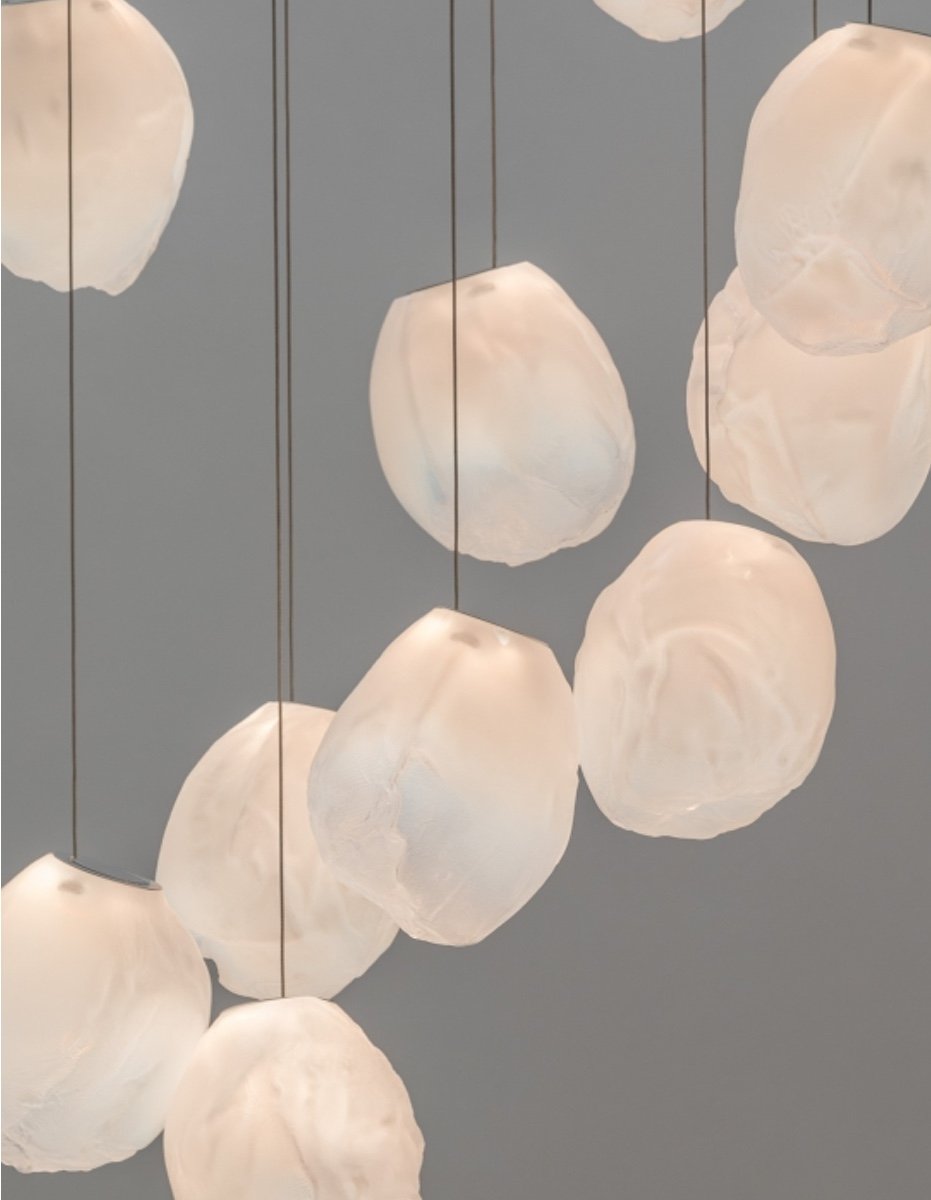 Vancouver’s Bocci, headed by Omer Arbel, have been showing at Euroluce for a number of editions now. And the brand’s glass lighting deserves the international stage and acclaim it has garnered. As part of its display this year, Bocci showed a new version of 73, called 73V (above), with an oblong shape and gradient colour range. We’re still drawn to the brand’s wall-mounted and ceiling-suspended iterations of the 76 (below), which were released at the last Euroluce. 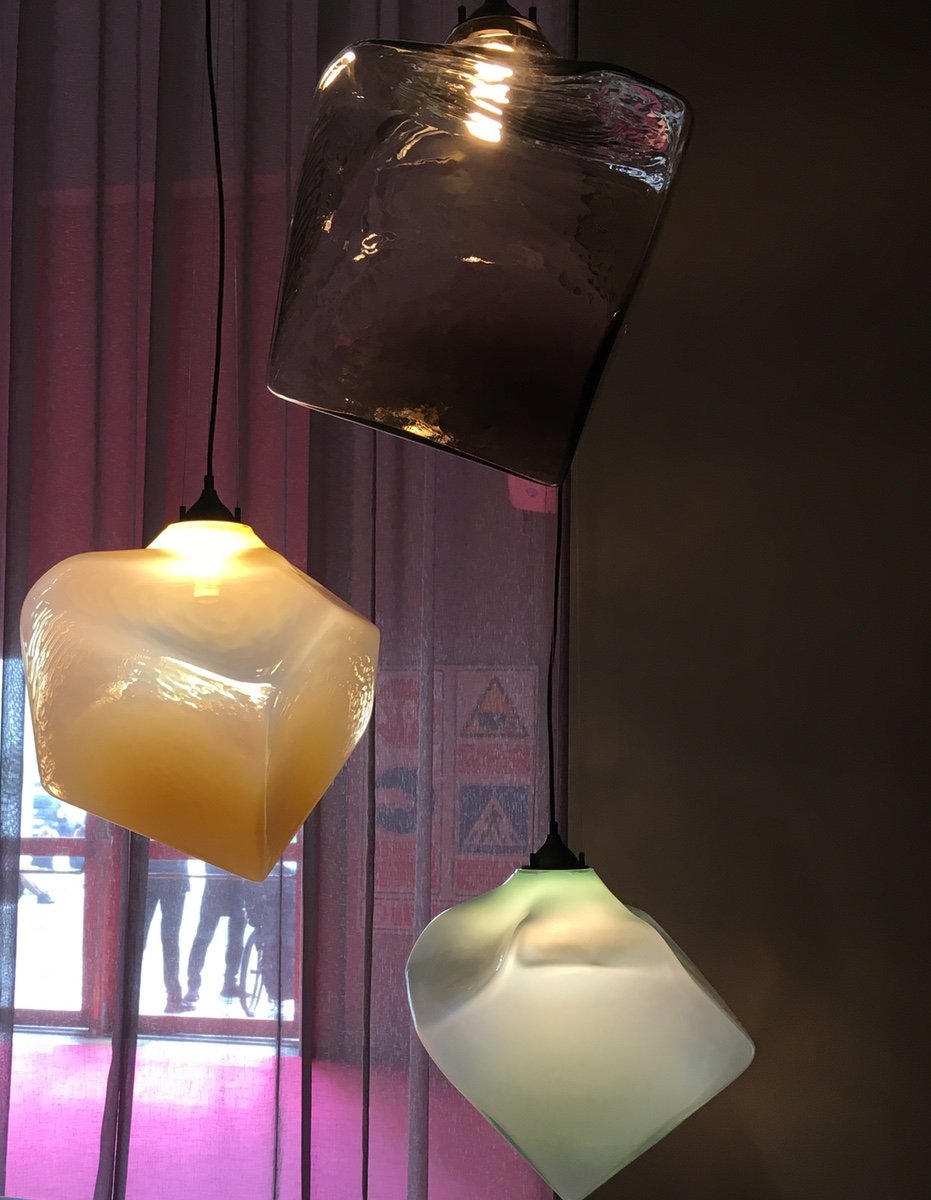 These oversized lights by designer Joeny Veldhuyzen where stunning just for their proportions and milky hues. The glass lights are hand-blown in the Netherlands, then frozen in cubic mould to attain their glacial shape. 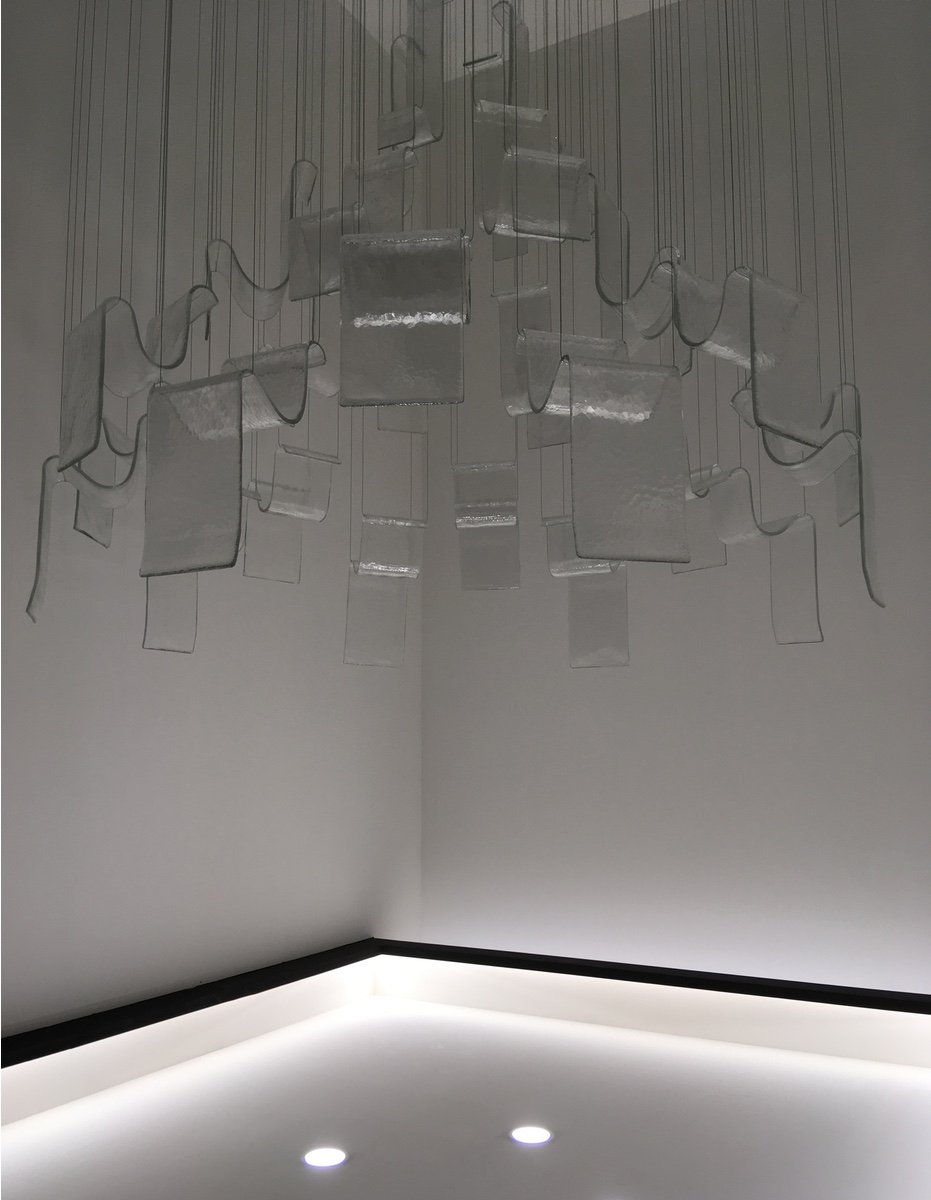 Nendo’s Shape of Gravity exhibition for WonderGlass dramatically showcased the Melt collection at Milan’s Istituto dei Ciechi. A counterpoint to the translucent furniture on display, the majestic Melt chandelier was impressive all on its own. The gravity-formed cast glass chandelier measured 2.3 metres in diameter and bounced shimmering light around the stage. 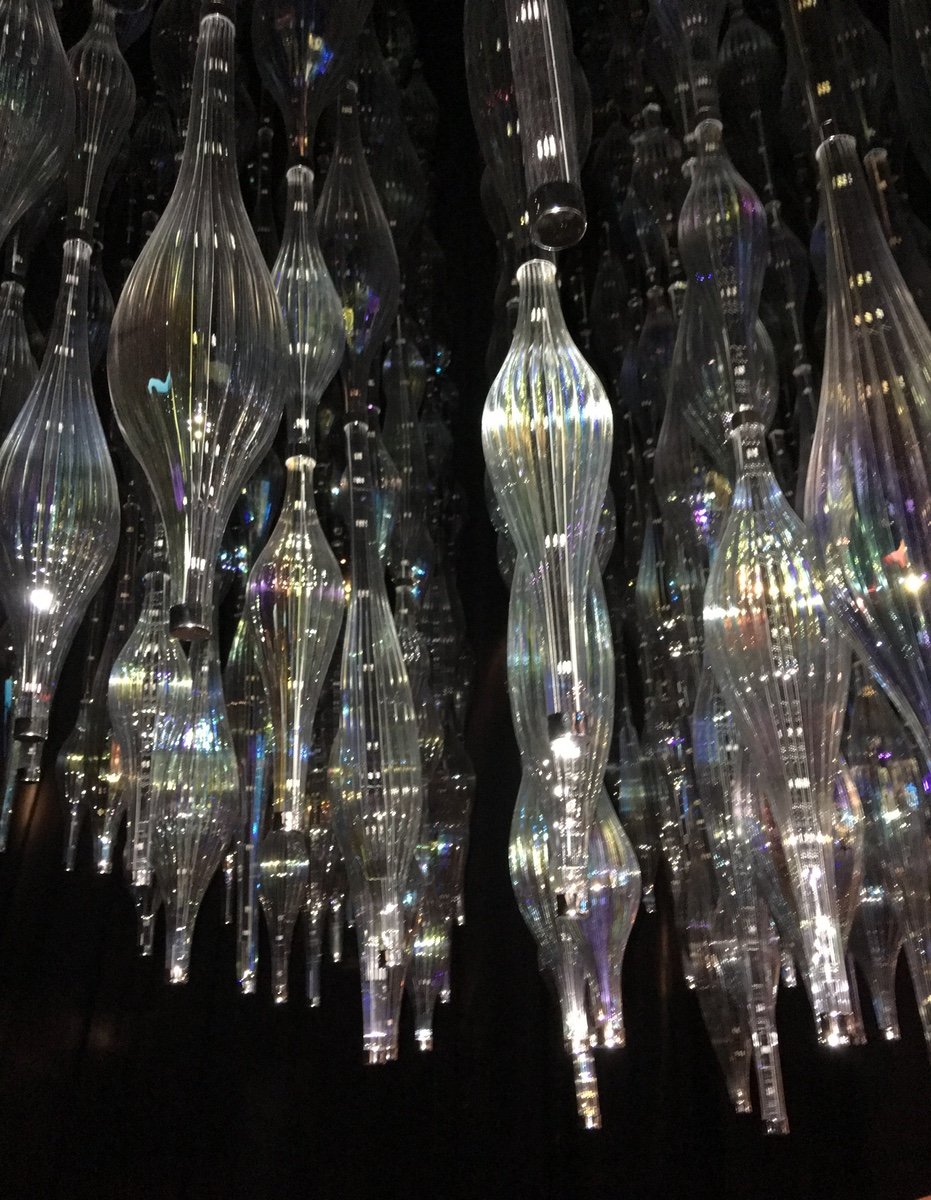 The Traces chandelier by the Czech glass masters of Lasvit performed its very own light show at Euroluce. In-house designers Kateřina Handlová and Katarína Kudějová Fulínová created a program allowing individuals to animate the fixture’s glass components by communicating their emotions to it. The result was a pulsating spectrum that washed over the already-impressive piece.