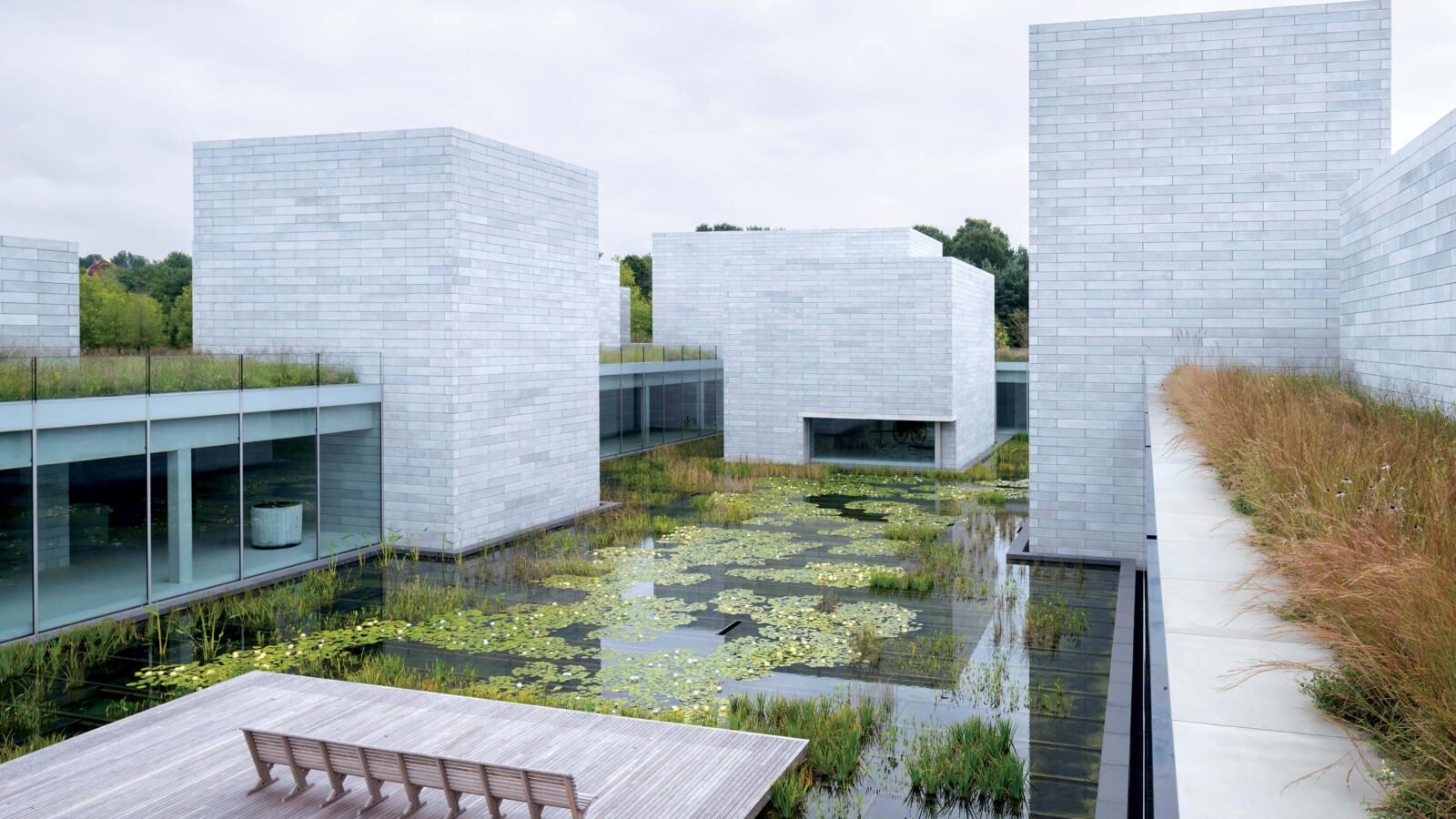 Planted deep in a pastoral setting, Thomas Phifer’s glenstone museum
is built for the long run.

To approach the new addition to the Glenstone museum, you must bring some sensible shoes.

Arriving at the sprawling site, about an hour northwest of Washington, D.C., you pass the arrival hall, clad in grey-stained cedar, before hiking a or so across a rolling landscape. You spy a Jeff Koons in the distance, a century-old sycamore that hugs the path and, eventually, the main attraction: a cluster of pale grey monoliths that contain a remarkable collection of modern and contemporary art. Dubbed the Pavilions, the 18,950-square-metre building is the product of a long process of contemplation that has culminated in a structure meant to go the distance. “We thought of this building as being here for a long time,” says its architect, Thomas Phifer, “so it’s not a fragile building; it’s a building that has a weight to it.”

The Pavilions are set deep in a tree-filled landscape. The site is as much a part of the Glenstone experience as the art is, with the building positioned to make the most of it.

Usually a museum thrives on flexibility – things going away and new things coming – but here there is a sense of permanence.

The extension, which vastly expands the privately funded museum, sits in an almost 120-hectare landscape designed by PWP Landscape Architecture. Inspired by such institutions as Houston’s Menil Collection, with its pale grey buildings by Renzo and the Louisiana outside Copenhagen, the Glenstone and its rural setting are intended to provide space and time for the art on display.

The mandate presented the architects with a formidable task: to create something timeless, as Phifer says. He explains that the museum’s collection “will be situated in this experience for generations. Usually a museum thrives on flexibility – things going away and new things coming – but here there is a sense of permanence.” 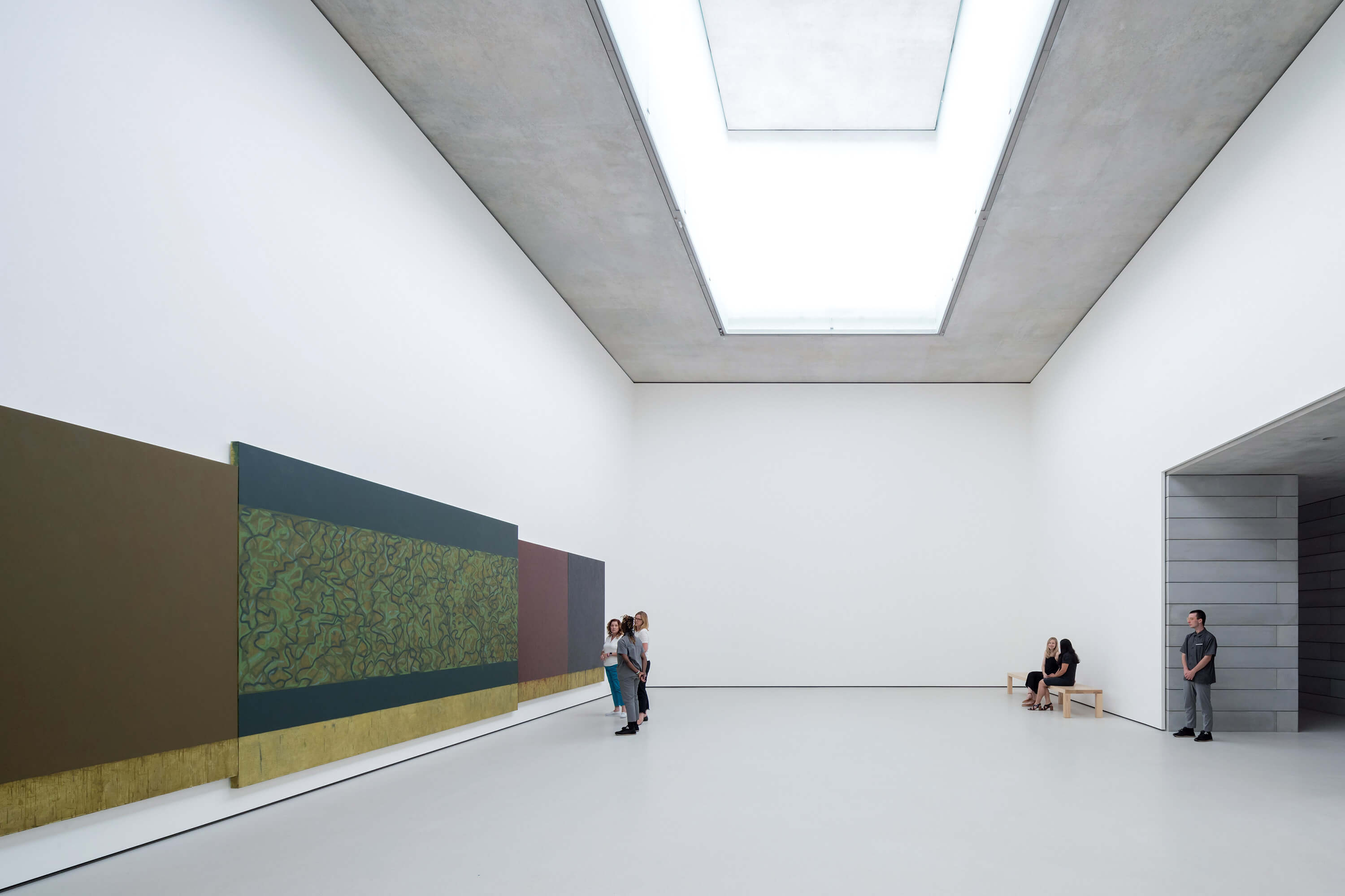 Commissioned by Glenstone owners Emily and Mitchell Rales, a Brice Marden piece stretching nearly 12 metres hangs in a space whose generous proportions echo those of the work itself.

Phifer’s solution is a donut-shaped plan with a central courtyard filled by a water garden designed by Adam Greenspan and Peter Walker of PWP. After determining the “choreography” of the art, the architects set out to create a meaningful journey through the building – one shaped by shadows and light. The massing of the galleries emerged from there.

Those galleries are what the architect calls “concrete vitrines.” From the exterior, they read as separate buildings, an ensemble recalling the postmodernist Charles Moore’s abstractions of Italian hill towns. For the most part, each space was conceived to hold a specific work or group of works; the architects consulted directly with many of the artists represented to shape these spaces, their proportions and their daylighting. For example, Moon Landing, a 1969 triptych of On Kawara paintings, hangs in a room that is relatively small in footprint but has an 11-metre ceiling capped by a square skylight. Elsewhere, Brice Marden’s Moss Sutra with the Seasons consists of five canvases that together span almost 12 metres. The commissioned piece hangs in a suitably proportioned space reached by moving past a thick wall that echoes the bold rectangles of the painter’s composition in its length and mass. 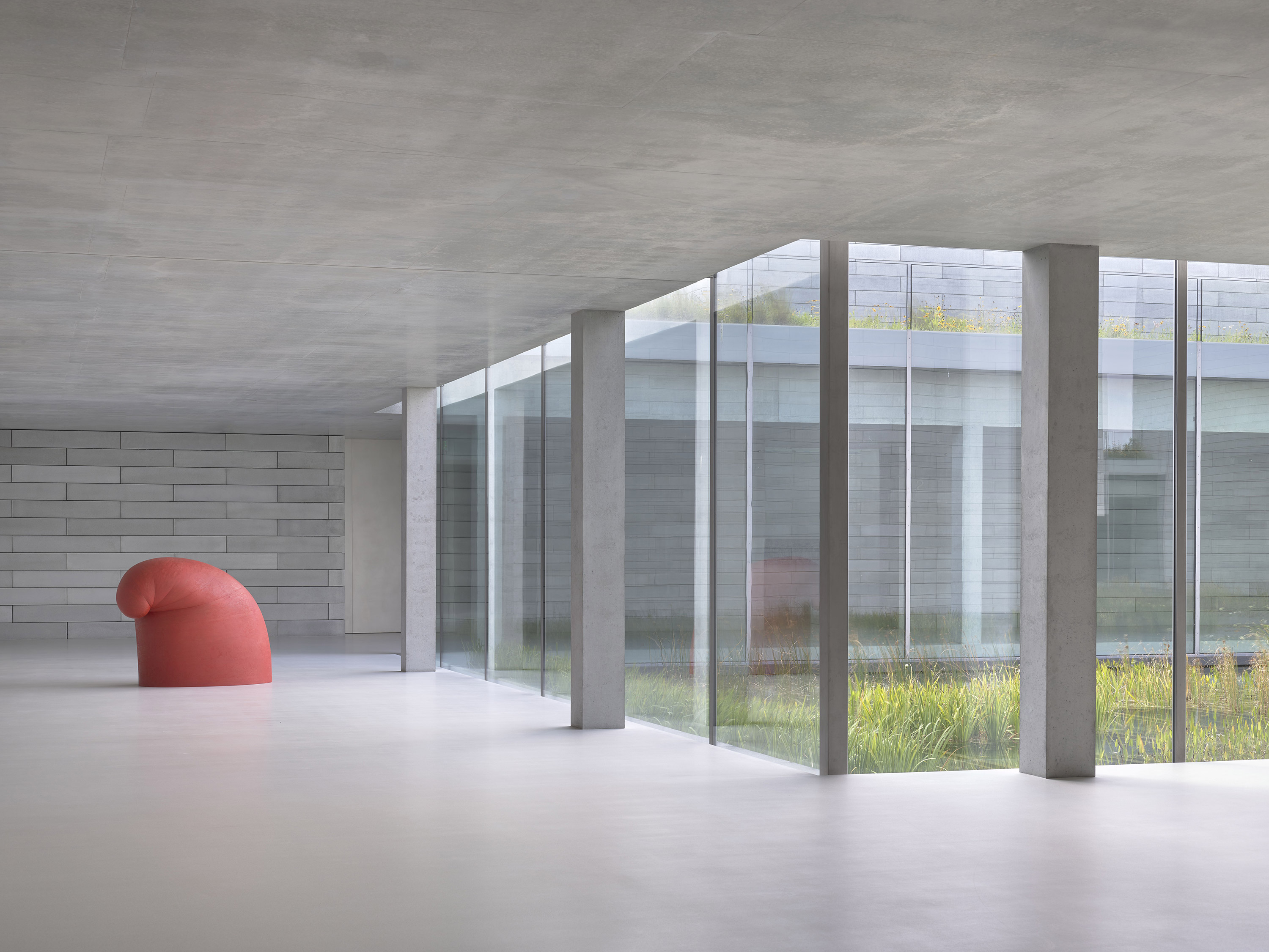 The materiality of the building is radically simple. Poured-in-place concrete slabs with an extraordinarily refined finish define the floors, ceilings and occasional structural column. But the dominant material, inside and out, is precast concrete. More than 25,000 blocks of precast define the Pavilions’ exterior and most of the interior walls; their rhythm and their visual depth allude to masonry. Since permanence was the goal, it was essential that this building be heavy, Phifer says.

But concrete is not a material that allows for precision. It changes colour during and after its manufacture, depending on temperature and humidity. Phifer discovered just how variable his concrete was only after construction began. “We got a wall up and I panicked,” he admits. “There must have been 50 different shades up there.” But after reflecting on it, he chose to embrace that difference. “It’s a tapestry. Each one was made by a person,” Phifer says, describing how each block contains something of the atmosphere of the day it was formed.

It’s easy enough to make a connection between that decision and some of the process-based art of, say, Richard Serra or Bruce Nauman, who are both represented in the Glenstone collection. There’s another analogy to be found in the landscape. The central water garden, a single pool with a shifting floor of varying depths and materials, is designed to change, as landscape architect Greenspan explains. Over time, irises, rushes and lilies will drift from place to place as soil and plants migrate through the water. 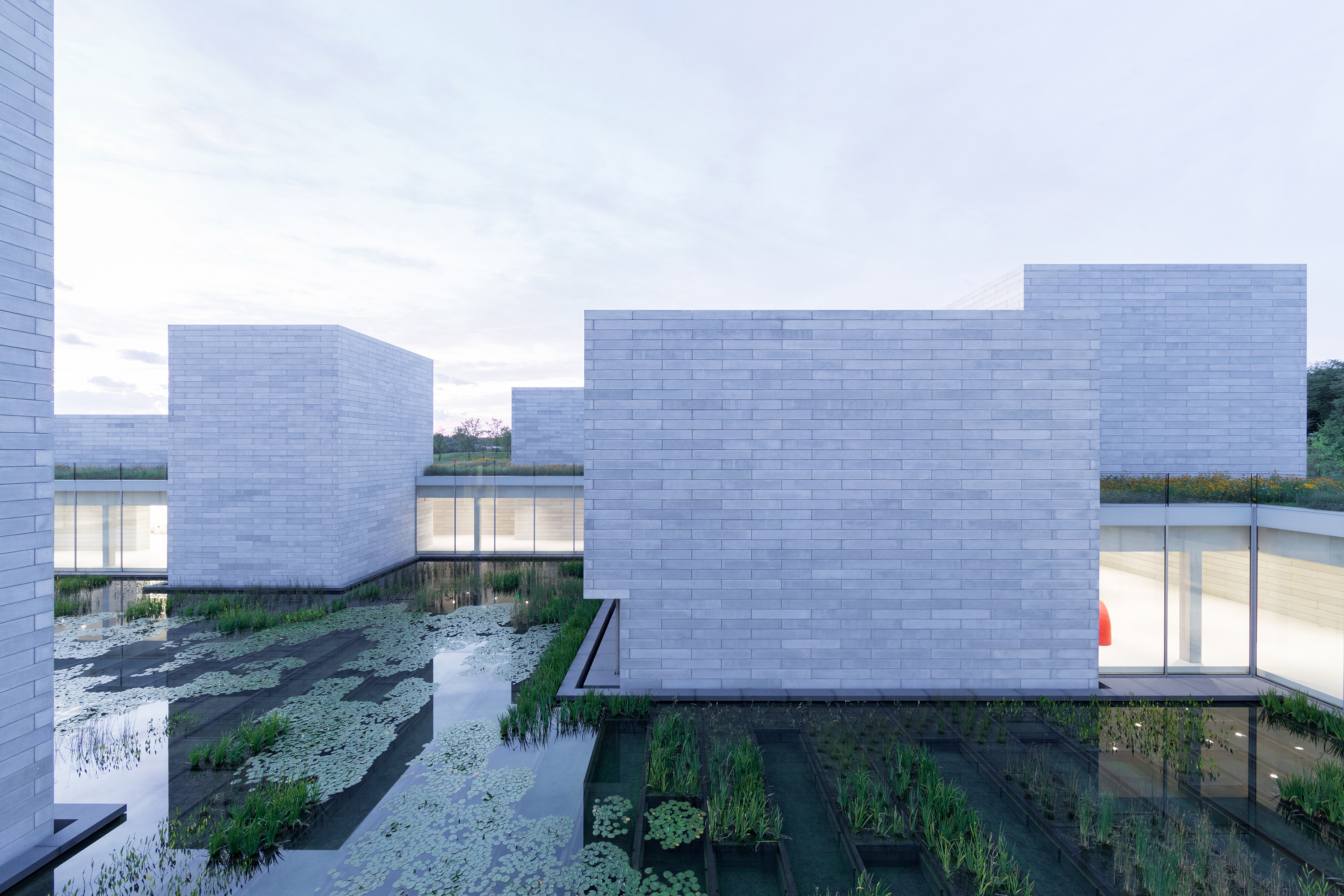 “We wanted this to be a kind of ruin,” says Phifer, citing two strong influences on his thinking. One is Louis Kahn’s National Assembly Building of Bangladesh. “The sheer weight of that building is overwhelming,” he says. Another is the experience of touring ruins in Rome 20 years ago – the melancholy sight of decaying structures built with the highest intentions. “I think the heaviness of this project came from this notion of Rome and permanence,” Phifer says, explaining how the city’s crumbling architecture impacted his design after lingering in his mind for years. “All of these images spin around in your brain and you never know how you’re going to use them or where they are going to take you.” At the Glenstone, this artistic journey, the creative journeys of the artists on show and the passage through time and space come together in the hills.  tphifer.com, glenstone.org

Planted deep in a pastoral setting, Thomas Phifer’s glenstone museum
is built for the long run.