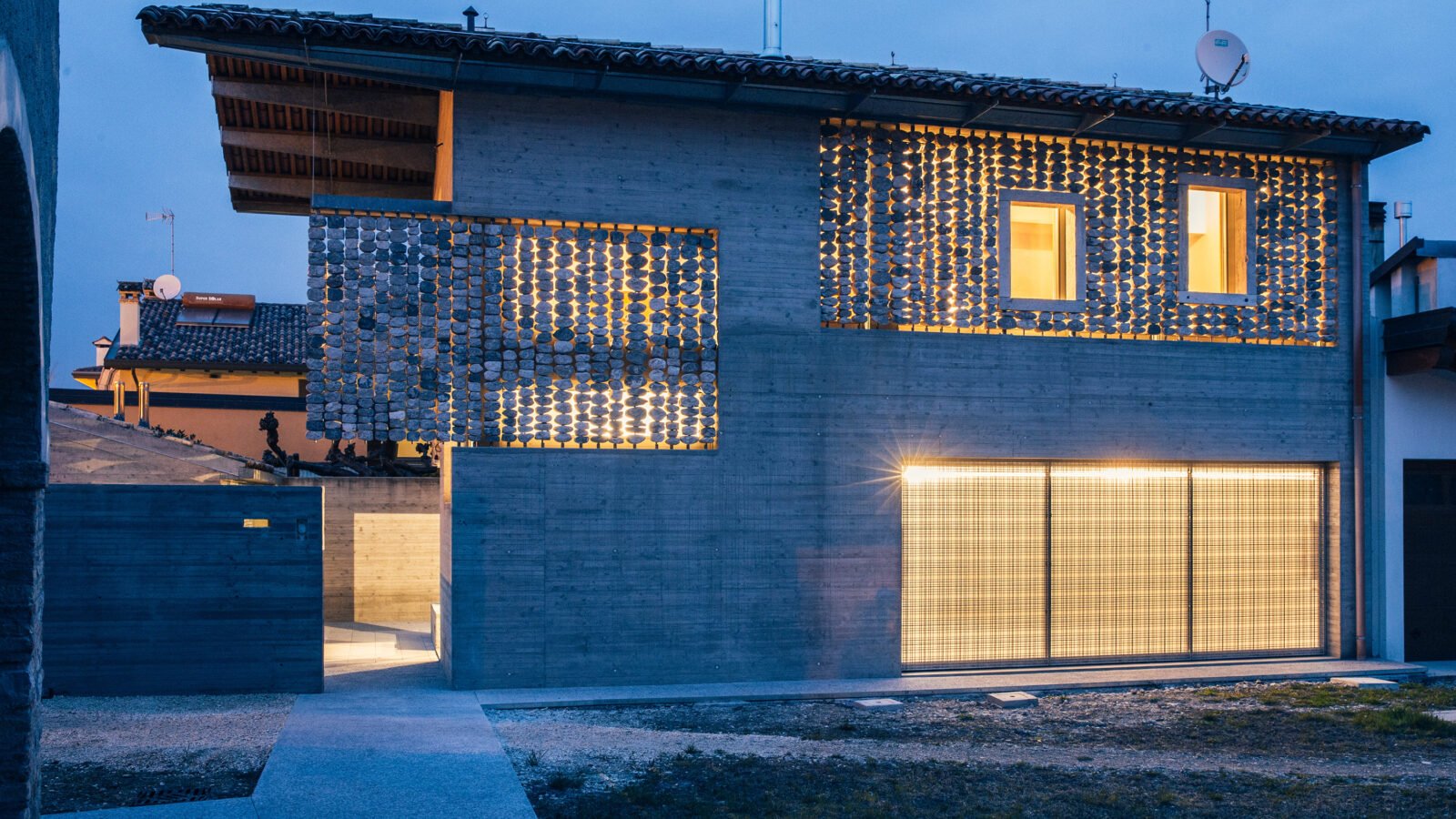 In the mountainous, highly seismic region of Friuli in northeast Italy, stone has symbolic – as well as physical – weight. Architecturally, it’s both an emblem of the local geography and a nod to building traditions that have survived for centuries in small Italian towns.

San Quirino is one such town. In its historic now stands a contemporary concrete coach house, completed last year as part of the redevelopment of a residential area. Although the project was designed to address the structural demands of the earthquake-prone territory, the real curveball for its architects, Turin firm ElasticoSPA, was a local building code regulation that mandates the decorative use of stone, in traditional forms – an attempt to preserve the region’s architectural character.

Turin-based ElasticoSPA crafted a series of screens using limestone salvaged from a 16th-century muro a sacco – a dual-layered stone wall where interior and exterior surfaces made from river rock are joined by mortar in the middle. The screens create a dialogue between interior and exterior and allow the contemporary concrete structure to blend into its historic surroundings. 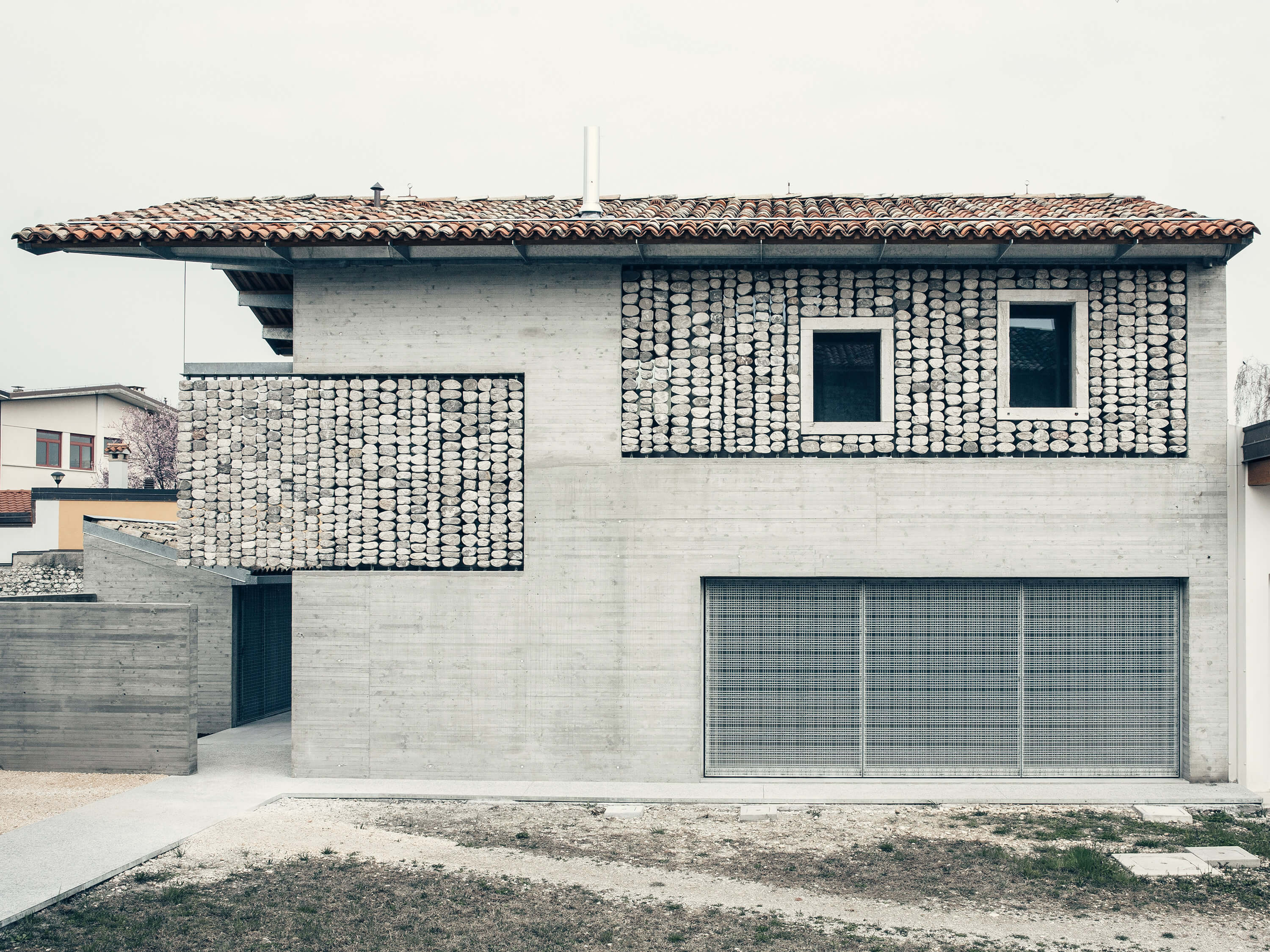 ElasticoSPA founder Stefano Pujatti didn’t ultimately see that as an obstacle. Salvaging a supply of limestone from the a walls of a 16th-century barn that had previously stood on the site, he devised a series of cantilevered screens composed of stone-threaded stakes. Likened by Pujatti to “stone kebabs,” the stakes each hold 15 to 20 of the repurposed rocks and are hinged to a fixed rod at the top, which allows them to move and sway independently. The effect is that of a curtain or scaled-down brise soleil, lending privacy as well as filtering sunlight. “From the outside you see a flat, square surface,” Pujatti says, adding that the screens feel softer from the interior, where you see the rounded sides of the rocks.

Like the stones, most of the project’s material palette riffs playfully from interior to exterior. Chestnut floors, ceilings and window frames add balance and warmth inside; the same wood can be spotted outside as supporting beams on the cantilevered roof. Matte slabs of veined Piasentina stone from nearby quarries, meanwhile, wrap the stairs and walls. Resistant to damage from frost and freezing, the material reappears in the outdoor courtyard.

The rigidity of the concrete exterior walls is blurred by the surprising delicacy of the screens, creating a dialogue of scale, transparency and density. “Materiality is so important to me,” Pujatti explains, describing how essential the stone was in this case, both for creating a connection to the house’s surroundings and for “melting a new building into a place with a long history.”