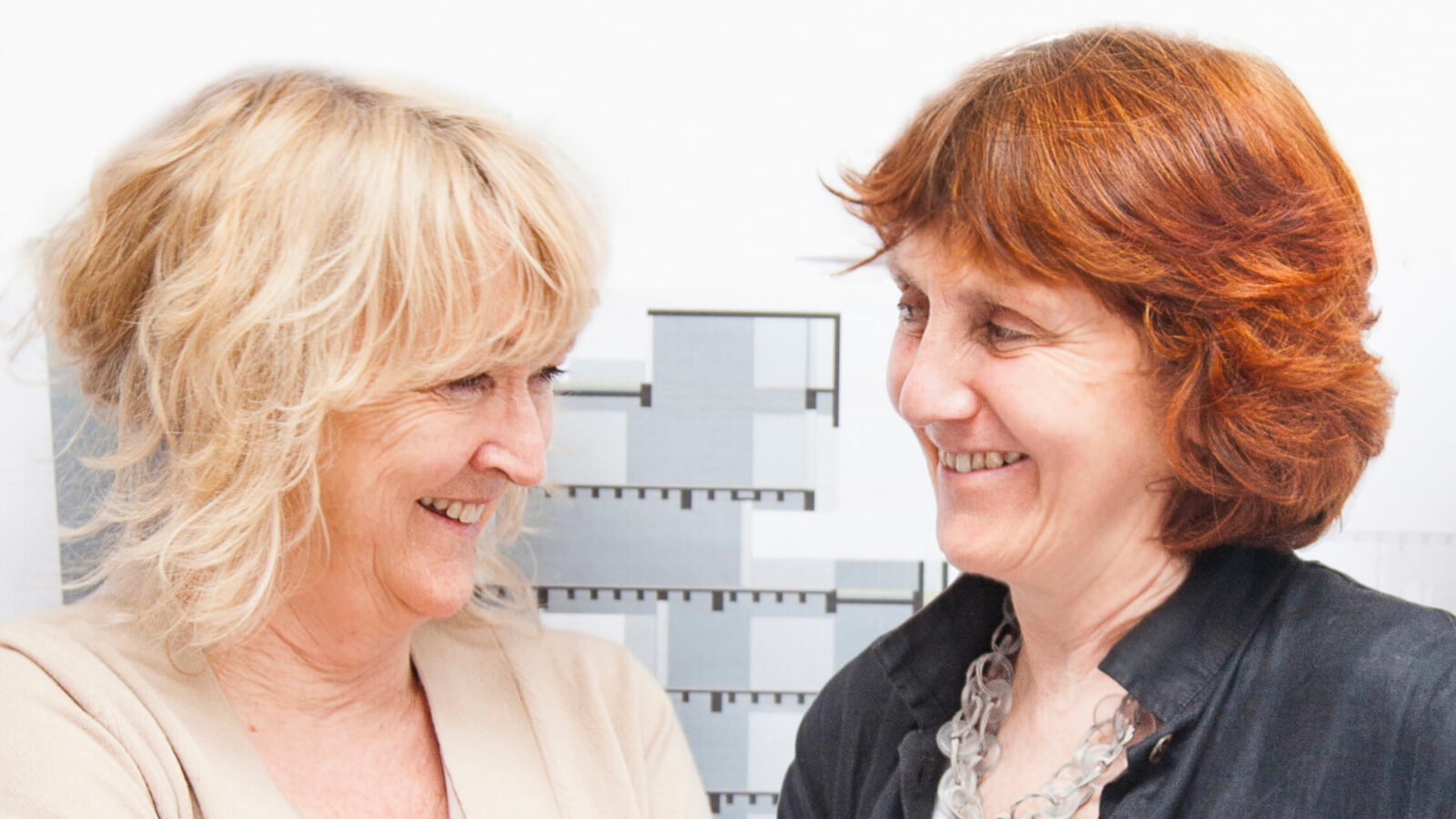 The celebrated Irish duo, renowned for crafting weighty, solid structures with concrete and stone, have been awarded architecture’s highest honour.

For the first time in the award’s 41-year history, two women have been lauded with architecture’s highest honour. On March 3, Yvonne Farrell and Shelley McNamara of Dublin-based Grafton Architects were announced as the winners of the 2020 Pritzker Architecture Prize. Renowned for crafting weighty, solid buildings of concrete and stone, the Irish duo was recognized by the Pritzker jury for an architectural approach that’s “always honest, revealing an understanding of the processes of design and construction from large-scale structures to the smallest details.”

Farrell and McNamara met as students at the School of Architecture at University College Dublin. After graduating in 1976, the architects joined three other partners to established Grafton Architects in 1978. Named for the Dublin Street that housed the firm’s first offices, the practice’s moniker reflects a sensitivity to site and context that continues to define Grafton’s oeuvre. While Farrell and McNamara were the only partners to stay at the firm, their built work gradually gravitated to the forefront of architectural thinking in the decades to come.

For the first 25 years of the practice, Farrell and McNamara worked exclusively in Ireland, producing a diverse body of work that includes educational buildings, housing and cultural and civic institutions. In 2007, for example, their Solstice Arts Centre in Navan, Ireland transformed a parking lot-cum-weekend market into a sculptural visual-arts complex.

“We have never made such a strong intervention in an Irish town,” Farrell and McNamara say of the project. “But here, where so much seemed to have been lost, we felt a strong necessity to generate a new point of energy.” As the site bordered a busy roadway, the pair responded by crafting a self-described “slow space” and an “interior landscape” resting atop a limestone plinth. Taking inspiration from natural and constructed anchors – from churches to ruins to outcroppings – the new civic structure comprises a 320-seat theatre and gallery above. It was a subtle yet striking intervention that engaged architecture to poetically (and physically) reclaim much of what had been forgotten at the heart of the community. 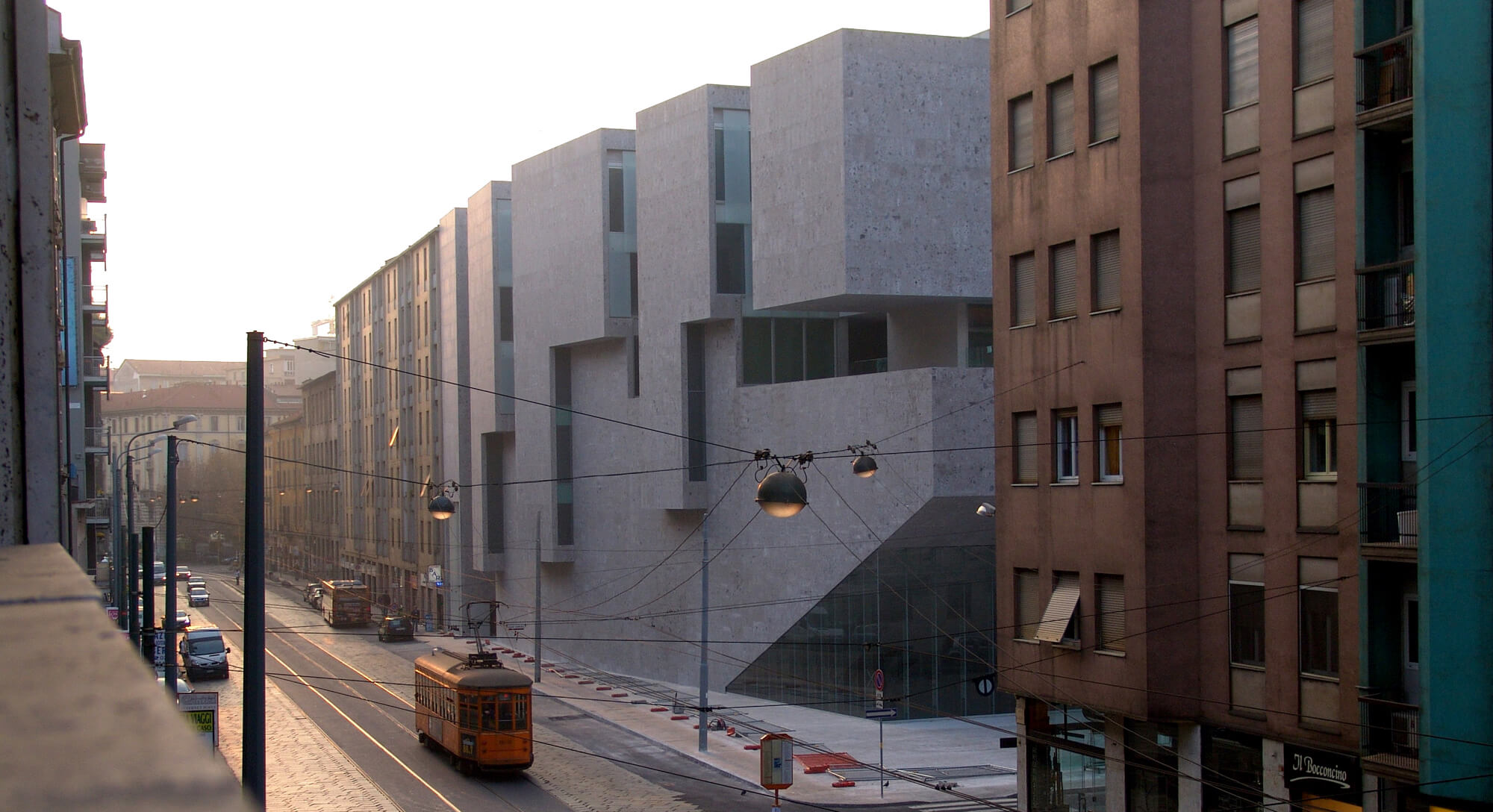 Completed a year later, Milan’s Universita Luigi Bocconi was the firm’s first international commission, garnering renown as the World Building of the Year at the 2008 inaugural World Architectural Festival in Barcelona. More campus than single structure, more market hall than university, the school occupies an entire city block and is clad in charcoal stone that adds a distinct sense of gravity to the high-relief facade. And though it appears more like the rocky cliffs in the duo’s native Ireland, the complex contains space for 1,000 students, including lecture theatres, offices, meeting rooms and conference halls alongside a library and café. Described by the architects as a “city in miniature,” the building’s strikingly angular mass carves out a public space through the heart of the building, with surprising warmth and intimacy emerging from the play of light and shadow against the hulking stone.

At the site’s northernmost point, the architects lifted the mass to provide what they described as a “window into Milan” that “weaves into the mesh of the city,” while the careful organization of offices along the attic level allow for a tall atrium in the heart of the campus: the sunken great hall. Since the complex was conceived as a vertical campus rather than a horizontal one, generous openings in the dense facade allow light to filter through the interiors while providing multiple vistas throughout. Evoking the heroic qualities of postwar brutalism, the place unfolds with a sense of softness and legibility to create an icon that feels of a piece with Milan.

Over the last decade, Grafton’s marquee educational buildings have continued to acquire global renown. Described as a “modern day Macchu Picchu,” Lima’s Universidad de Ingeniería y Tecnología (UTEC) was awarded RIBA’s inaugural International Prize in 2016. A mountain of a building, the artfully jagged form opens to the outdoors across in a series of terraces that invite both the breezes from the nearby Pacific Ocean and the urban cacophony of the Peruvian capital into the building.

While flying buttresses and dramatic cantilevers inject a sense of austere drama, the design was informed by Farrell and McNamara’s careful attention to local life and culture, replicating both Peru’s informal outdoor-living spaces and the terraced landscape of Macchu Pichu. “We needed to make something at a heroic scale,” said Farrell of the project, “but which also had intimacy and a range of smaller spaces where students could retreat.” Even the almost otherworldly concrete is contoured to welcome layers of earthy dust, slowly developing a patina that evokes the surrounding desert landscape. It is grand without being grandiose. 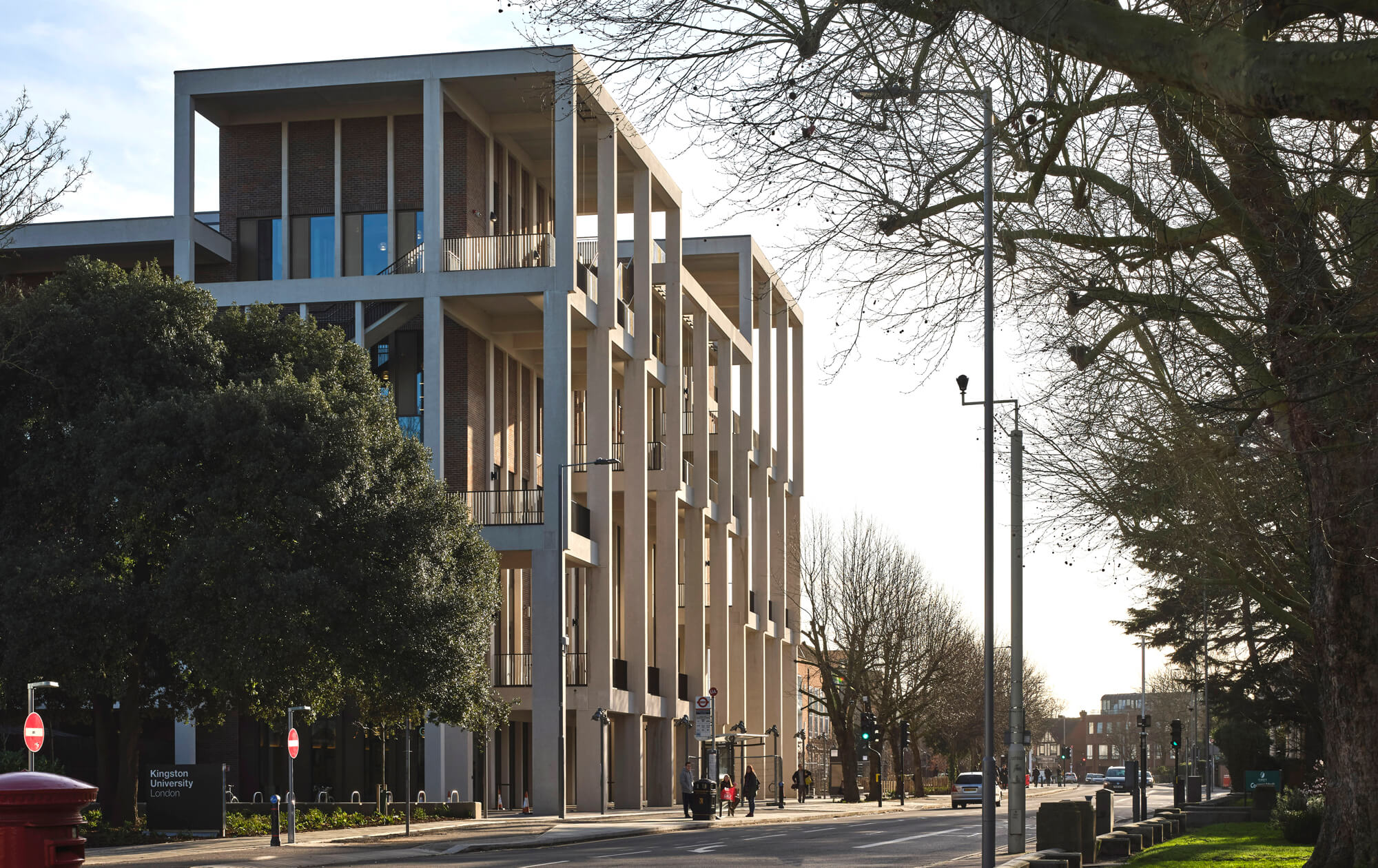 Unveiled last year, the new Town House at London’s Kingston University represents Farrell and McNamara’s first building in England. Hosting a university library along with performance and rehearsal spaces for the school’s dance program, the building is organized around a grand open staircase that weaves through the structure, enabling a gradual transition from fully public spaces to more private enclaves. The building’s concrete frame, meanwhile, embraces the structure with open terraces and stairways, inviting social life outdoors.

The studio’s sensitive, sculptural and site-specific approach continues to inform much of its civic works. Completed in 2019 (and marking Grafton’s first project in France), the Toulouse School of Economics borrows from the architectural fabric of the French city – its buttresses, walls, ramps, bridges, cloisters and courtyards – to encompass a substantial seven-storey brick and concrete structure of layered corridors, elevated walkways and public spaces. Rising above the nearby Canal de Garonne, the monolithic complex gives way to a seemingly carved interior, a choreography of deep walls and thresholds that provide a pronounced interplay of light and shadow.

For Farrell and McNamara, the 2020 Pritzker Prize adds to a growing – and well-deserved – list of plaudits. Last year, the architects were also awarded the 2020 RIBA Gold Medal, the U.K.’s highest architectural honour. According to the Pritzker jury, however, the award is also a reflection of “the way they conduct their practice, their belief in collaboration” and “their generosity towards their colleagues,” which was evidenced during the duo’s curation of Freespace at the 2018 Venice Architecture Biennale.

For the Pritzker Prize, meanwhile, this year’s award represents a continued evolution in architectural thinking, with social responsibility increasingly celebrated in lieu of spectacle. “Within the ethos of a practice such as ours, we have so often struggled to find space for the implementation of such values as humanism, craft, generosity and cultural connection with each place and context within which we work,” McNamara says. “It is therefore extremely gratifying that this recognition is bestowed upon us and our practice and upon the body of work we have managed to produce over a long number of years.”

The celebrated Irish duo, renowned for crafting weighty, solid structures with concrete and stone, have been awarded architecture’s highest honour.