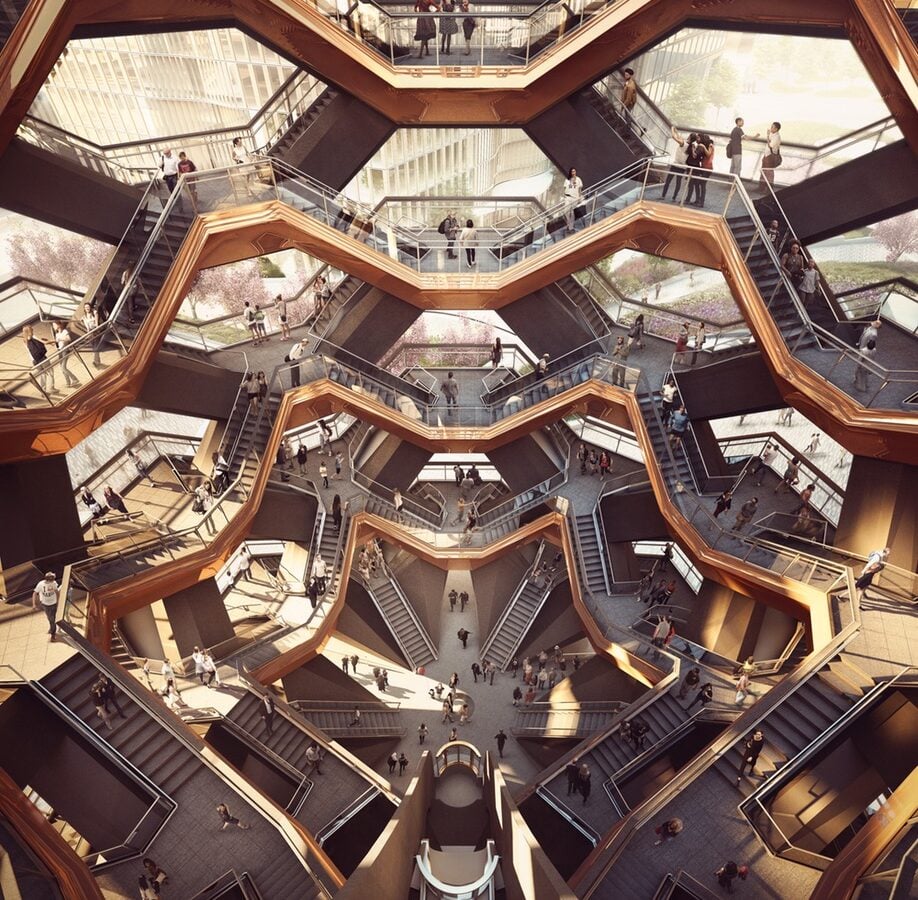 Thomas Heatherwick’s Vessel, an awe-inspiring architectural sculpture that looms over a newly revamped Hudson Yards, has just opened in New York. The towering tangle of intersecting staircases inspired us to round up a few of the most memorable staircases we’ve seen lately. 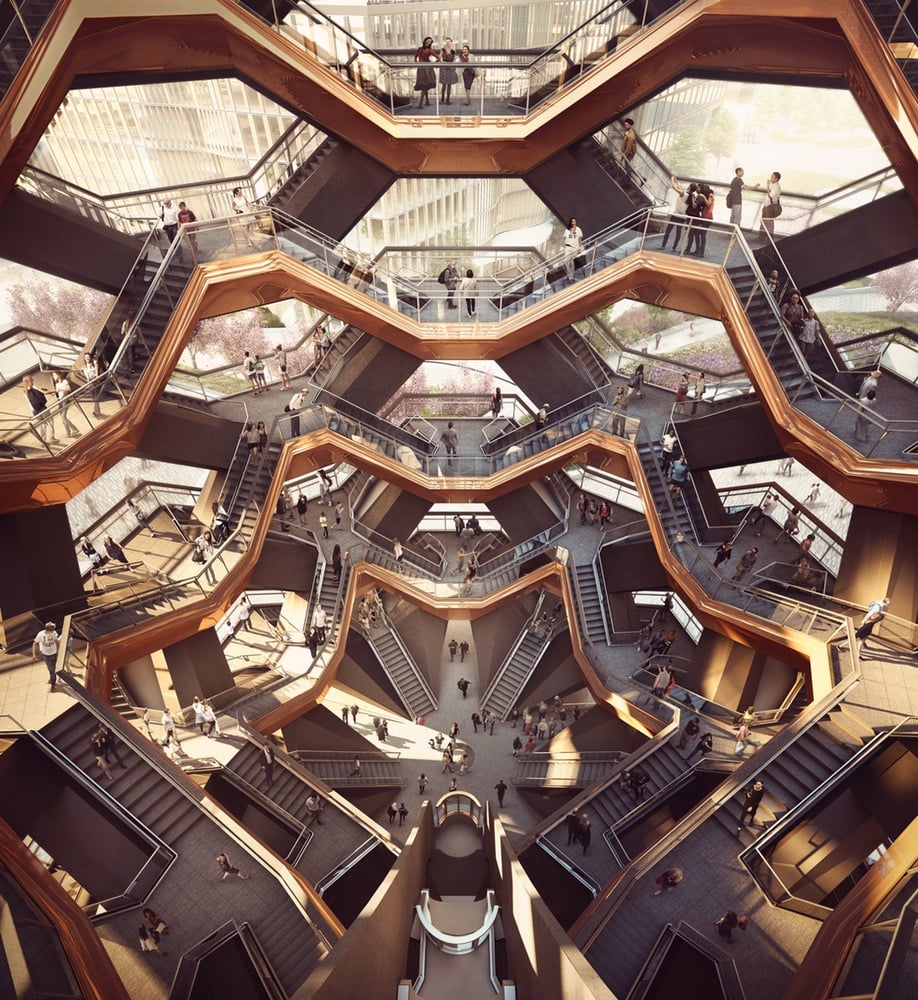 Set to become one of the world’s best known sets of stairs, Thomas Heatherwick’s Vessel has just opened to the public in New York’s finally revitalized Hudson Yards. An unprecedented centrepiece among a neighbourhood chock-a-block with new landmarks, this sculptural tower weaves a complex honeycomb of 154 staircases. 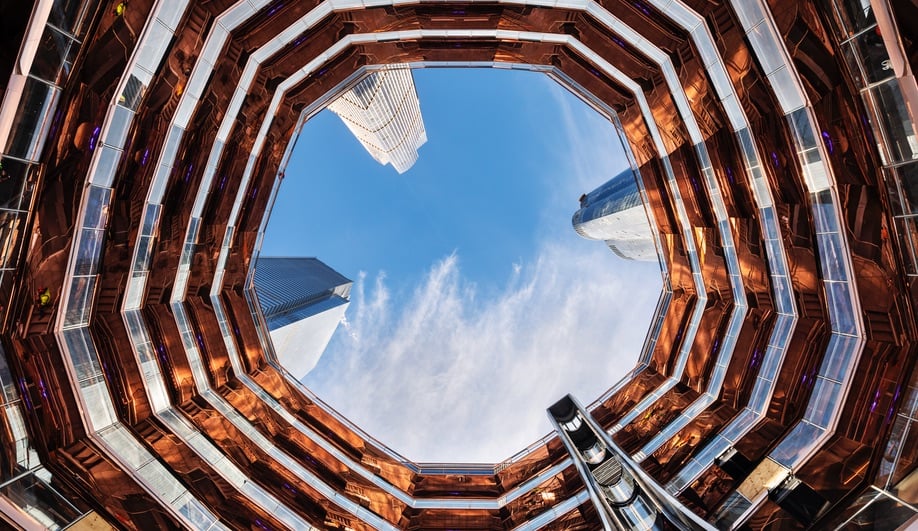 Clad in copper-coloured steel, Vessel will remain a shimmering beacon, rather than losing its gloss with the patina real copper would have developed. The views from the structure’s 80 landings – which link 2,500 steps if you’re counting – will only be rivalled by the adjacent Edge observation deck. Though it’s sure to be a major draw for tourists for quite some time, once those line-ups for the timed tickets die down, it will also be a great amenity for locals looking for a serious stair-climbing workout. 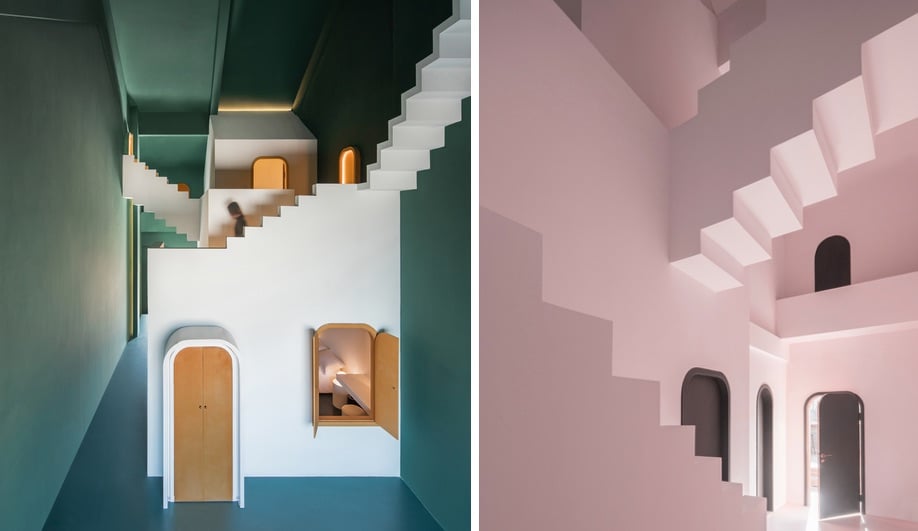 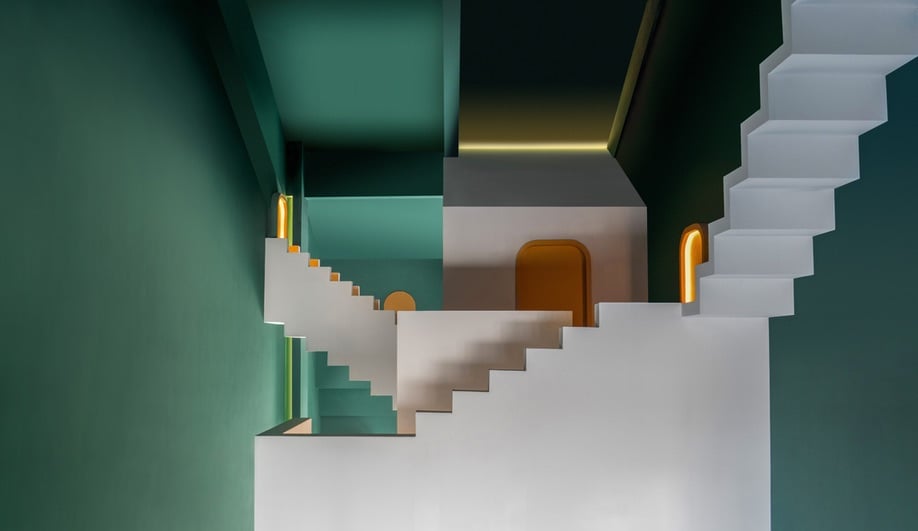 Designed by Shenzhen practice Studio 10, the project features otherworldly interiors, including these Escher-esque spaces filled with anti-gravitational staircases. Paired with matte black doors, the pink and white space provides access to a series of “Dream” themed rooms, while the golden doors in the green entrance hall lead to the “Maze” rooms. 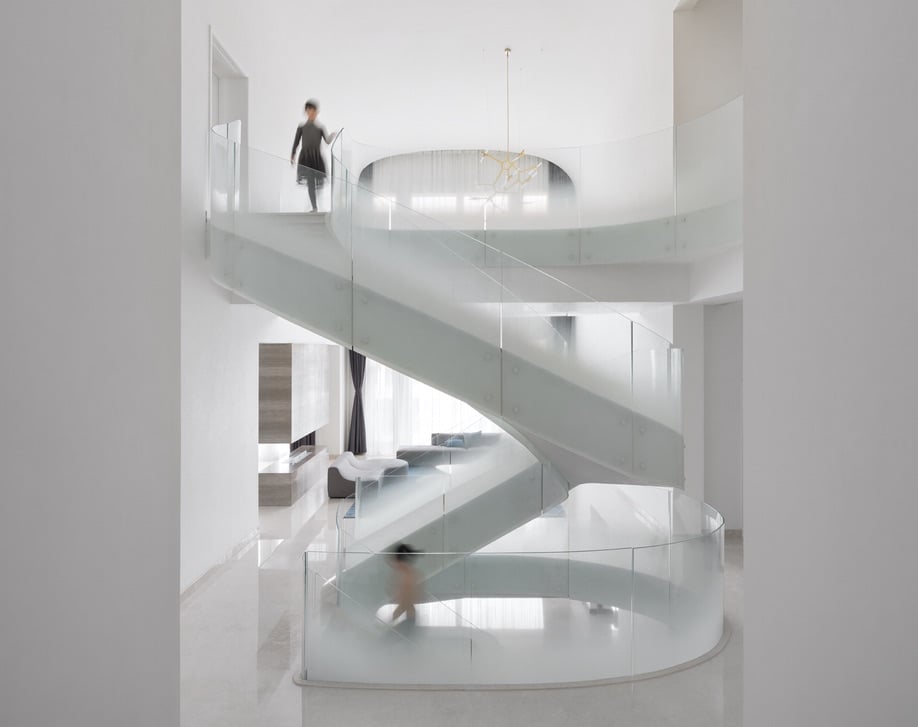 Designed by Atelier Zerebecky and KOS Architects, this residential project in Shanghai takes its name from the ethereal stair that spirals beneath a vaulted ceiling to connect the home’s three storeys. Architects Andrei Zerebecky and Lukasz Kos were roommates while studying at the University of Toronto and have worked together since both finding themselves in Shanghai. They also head up rug brand Urban Fabric, which made the living room’s blue textural floor covering. 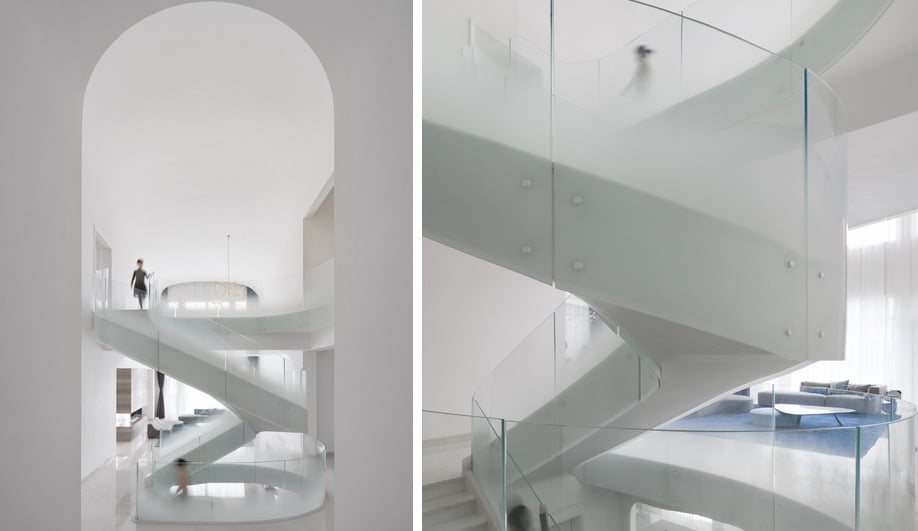 Their dramatic glass stair employs a gradient frit to create a foggy effect and the soaring ceiling that frames it takes advantage of the suburban house’s pitched roof. The feature adds a sense of luxury while maintaining a minimal aesthetic.

This project in Vilamoura, Portugal, is by far the smallest of the bunch. With just three steps, it may seem like too short of climb to make much of an impression. But the elevation of the far end of this marble-lined studio truly makes the space, defining a bedroom with a sweeping views. Spanning the width of the room, the stair is divided by one of three yellow monolithic storage units that are built into the room.

Montreal firm Naturehumaine planned this renovation of a local duplex around this splayed staircase that connects the original house to a new backyard addition. Combining white metal mesh with maple ply chosen to contrast with the structure’s original woodwork, the stair tucks a tiny hideaway into its bottom corner.

An extra wedge of the white metal mesh opens to reveal a cozy bolt hole where the home’s younger residents can crawl in with a toy or two, but keep an eye out through the door’s perforations. 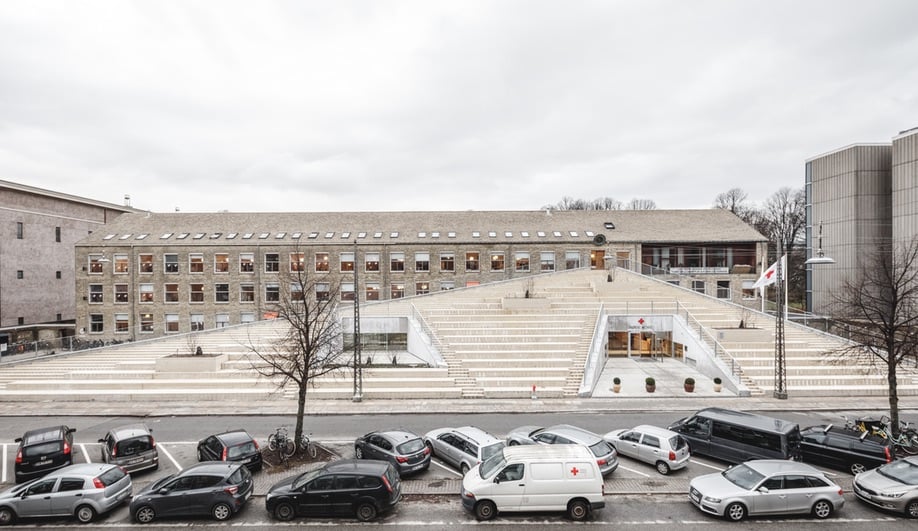 Envisioned as a urban living room, where Copenhagen’s 34,000 Red Cross volunteers can connect, this project from COBE takes the form of a giant, asymmetrical staircase. An extension of the city’s main Red Cross offices, the new intervention rises like an obtuse triangle, leaning to one side to avoid blocking views from and to the original building. Accessible from the sidewalk, the roofscape glides up to offer an array of spots to sit, meet and take in the urban sights.

Thomas Heatherwick’s Vessel, an awe-inspiring architectural sculpture that looms over a newly revamped Hudson Yards, has just opened in New York. The towering tangle of intersecting staircases inspired us to round up a few of the most memorable staircases we’ve seen lately.