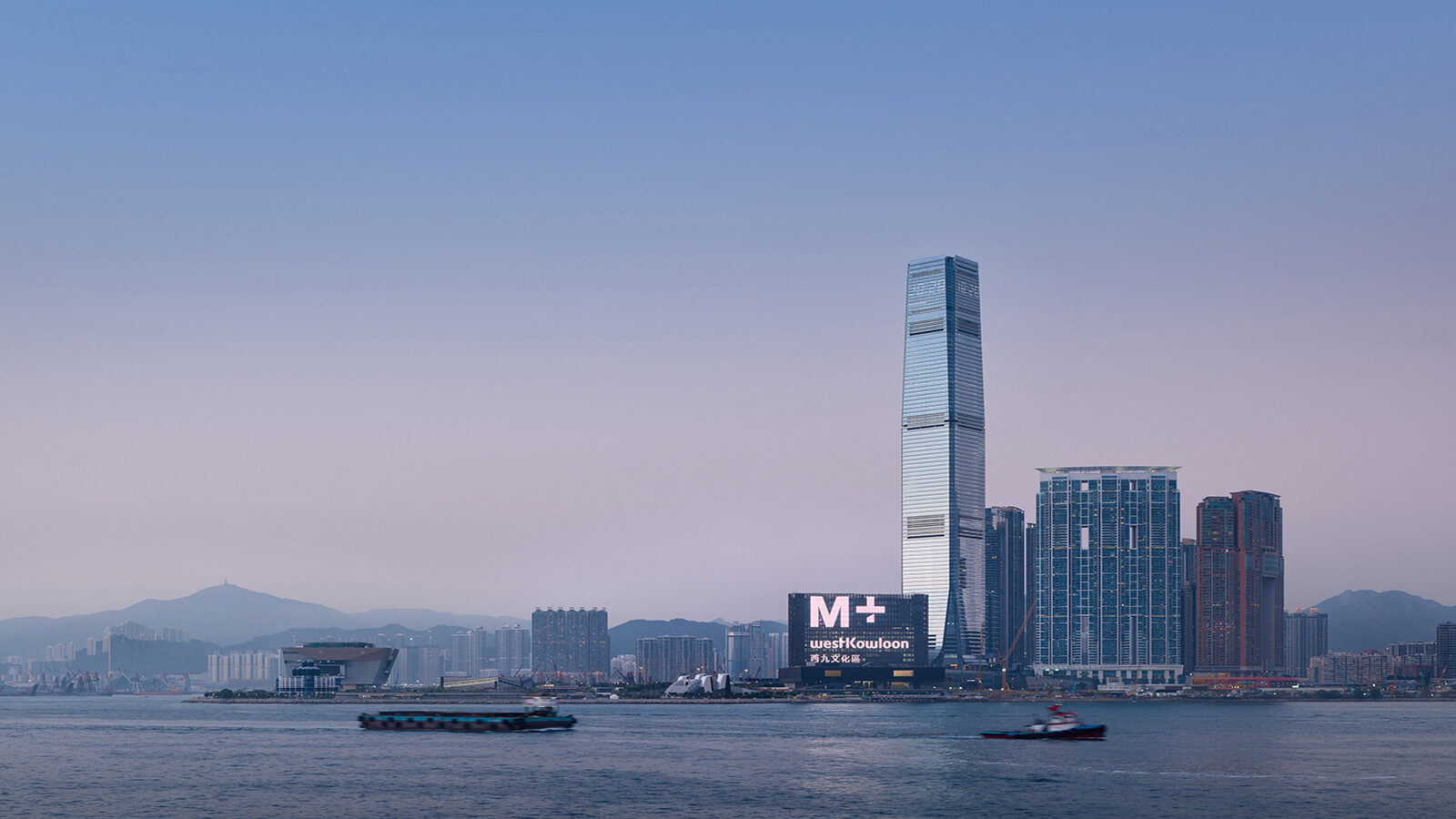 “For art to enter into the life of a city like Hong Kong” says Herzog & De Meuron founding partner Jacques Herzog, “it has to come from below, from its own foundations.” The firm, who won a 2013 architectural competition to design the long-awaited M+ museum, took this adage literally: the colossal visual arts centre, constructed in partnership with TFP Farrells and Arup, lives on land reclaimed from the sea, with an excavation (“found space”) into the city’s underground tunnels providing an unexpected expansion. 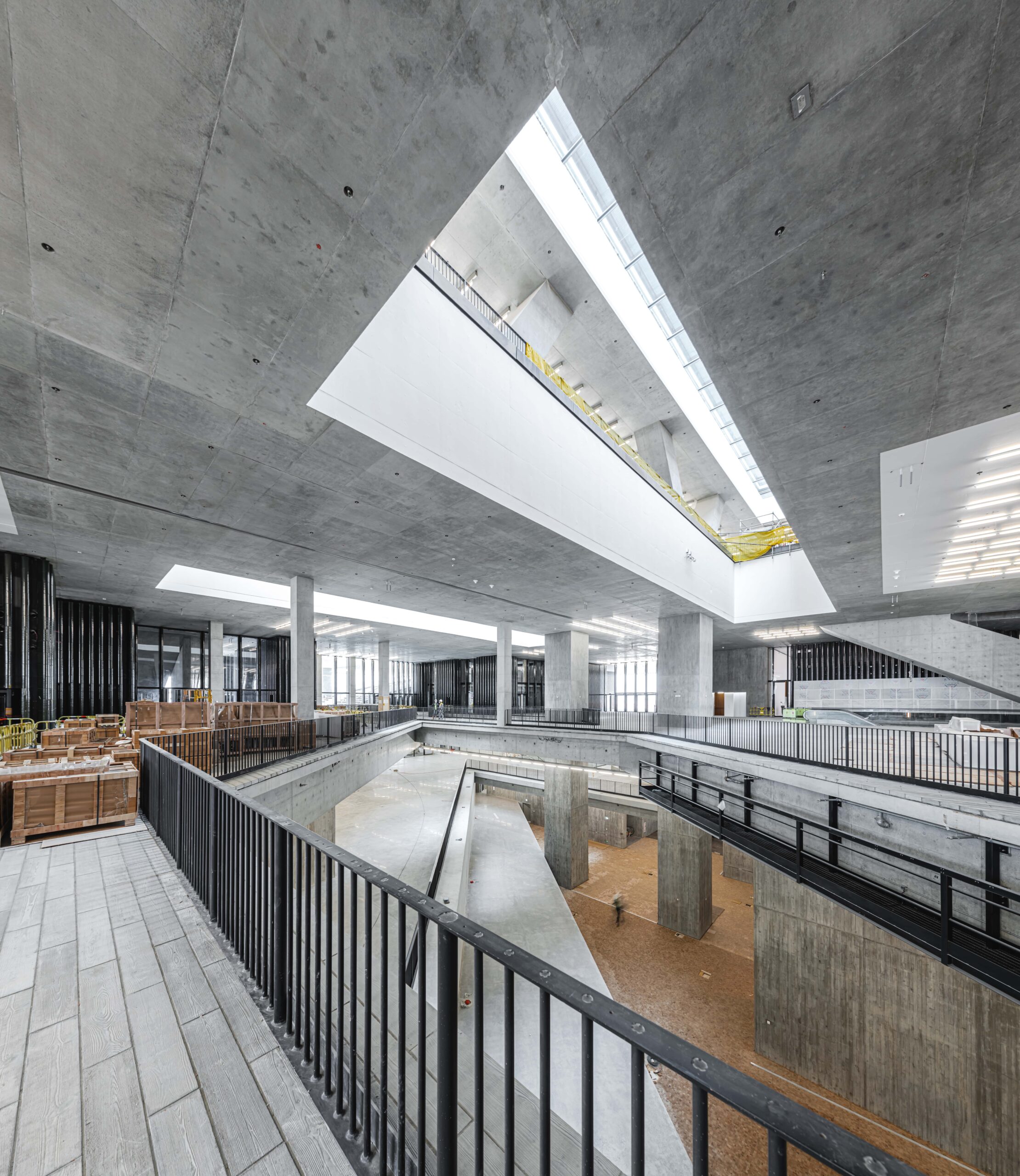 The “found space,” a remarkable engineering feat, was excavated from Hong Kong’s underground Airport Express tunnel, providing an “anchor” for the building and a versatile, multifunctional hub for installations or gatherings. Five mega-trusses — large steel elements encased in concrete frameworks — form the base for the sunken forum, which the firm calls “a large-scale exhibition universe.” 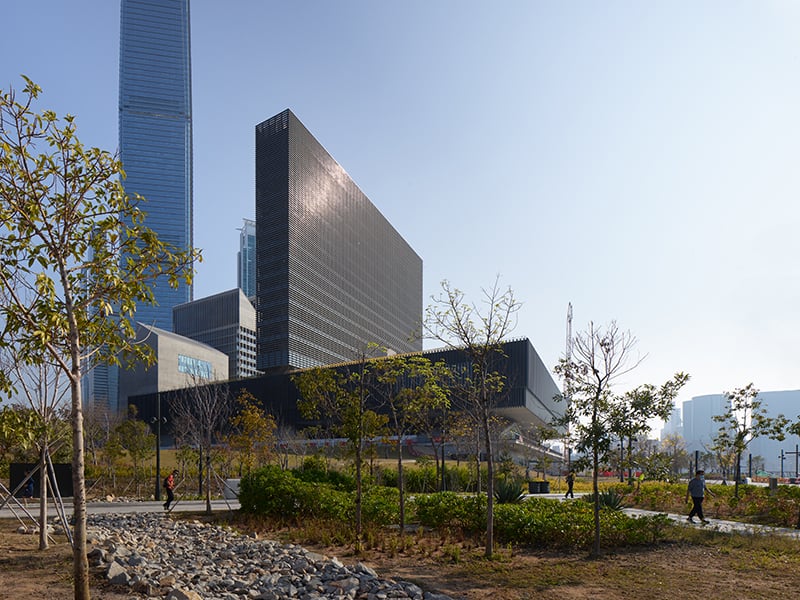 Set to open to the public at the end of 2021, the 6,039-square-metre museum building, shaped like an inverted T, houses over 1,579 square metres of exhibition space — as well as a learning hub, three cinemas, a library and offices. The structure is divided into two distinct forms: the podium, a sweeping horizontal building, and the tower, which stakes an unmistakable presence on the waterfront. 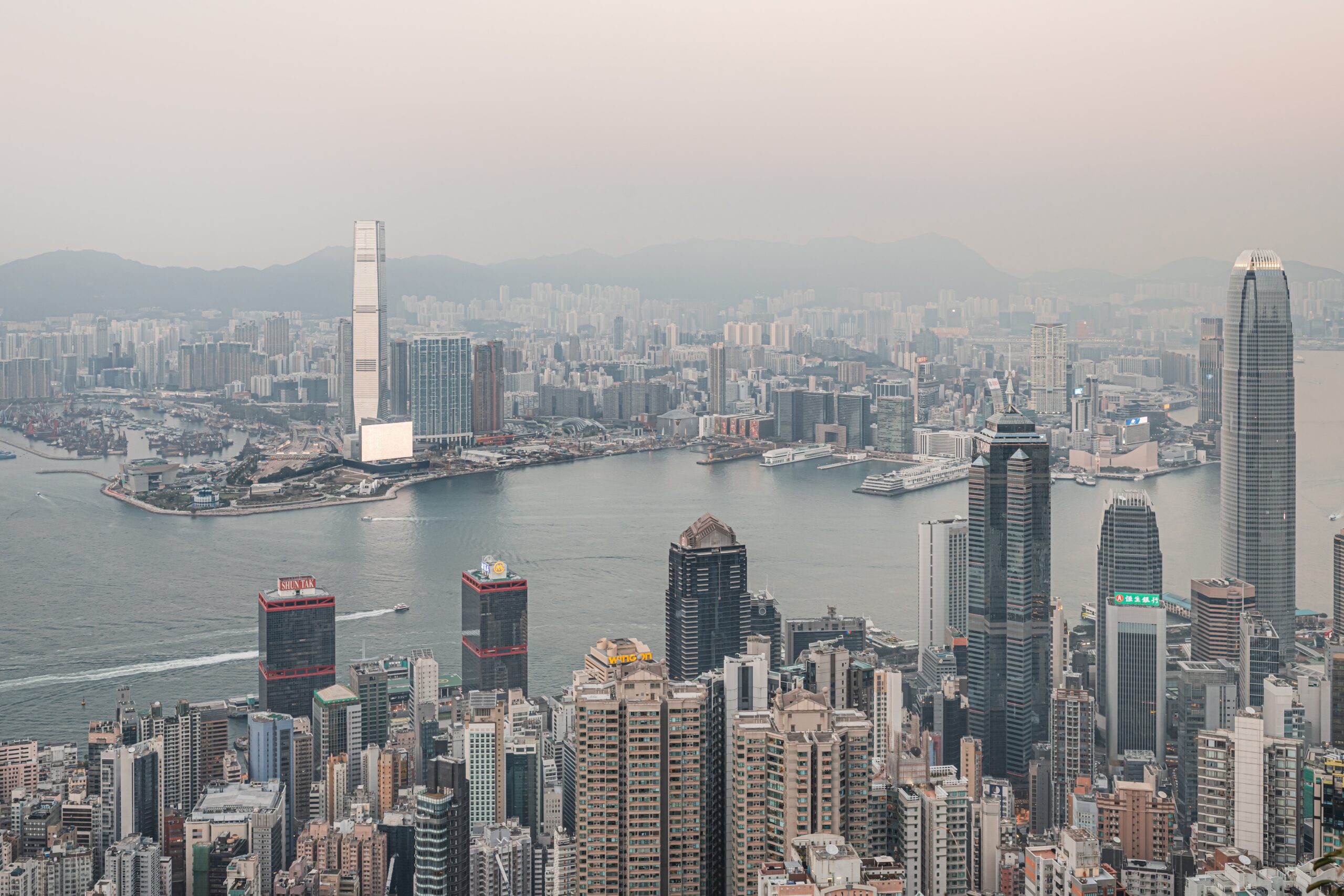 Visible from afar, the museum’s striking monolithic facade, elevated by integrated LED lighting, beckons visitors with a city-scaled display. The building’s dark-green ceramic exterior offers a contrast to Hong Kong’s abundance of glass-clad skyscrapers, while mirroring the fluctuating weather conditions of the city by reflecting the ever-changing quality of light. 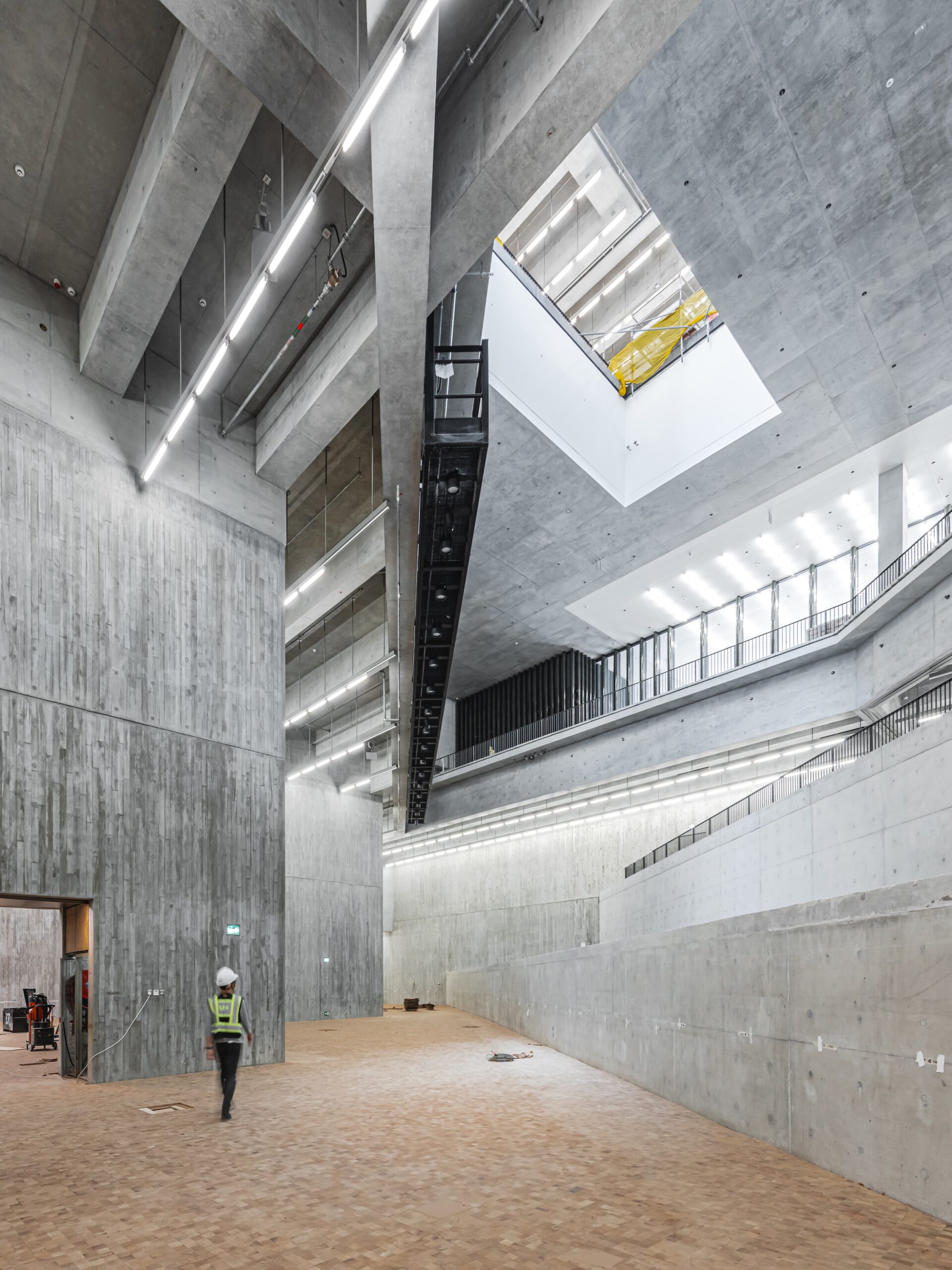 Upon approach, the museum lobby first reveals itself to sight-seers; a bright, inviting platform, which can be entered from any side, acts as a gathering place rather than an enclosure. 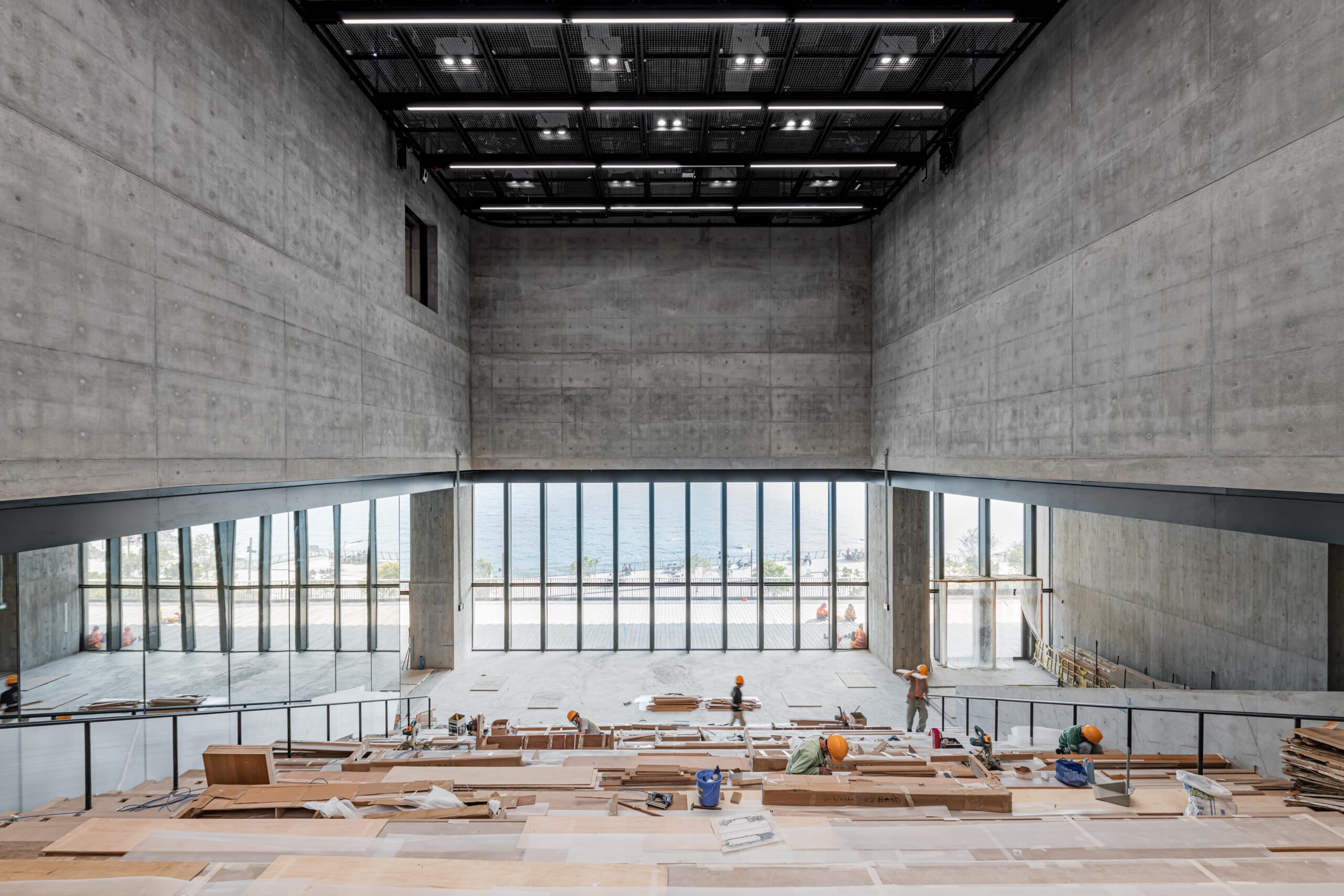 Entering the building, a lightwell, created by cutaways in the floor plates and a massive skylight, connects the basement and ground floor to the podium, allowing natural lighting to illuminate the gallery walls throughout. 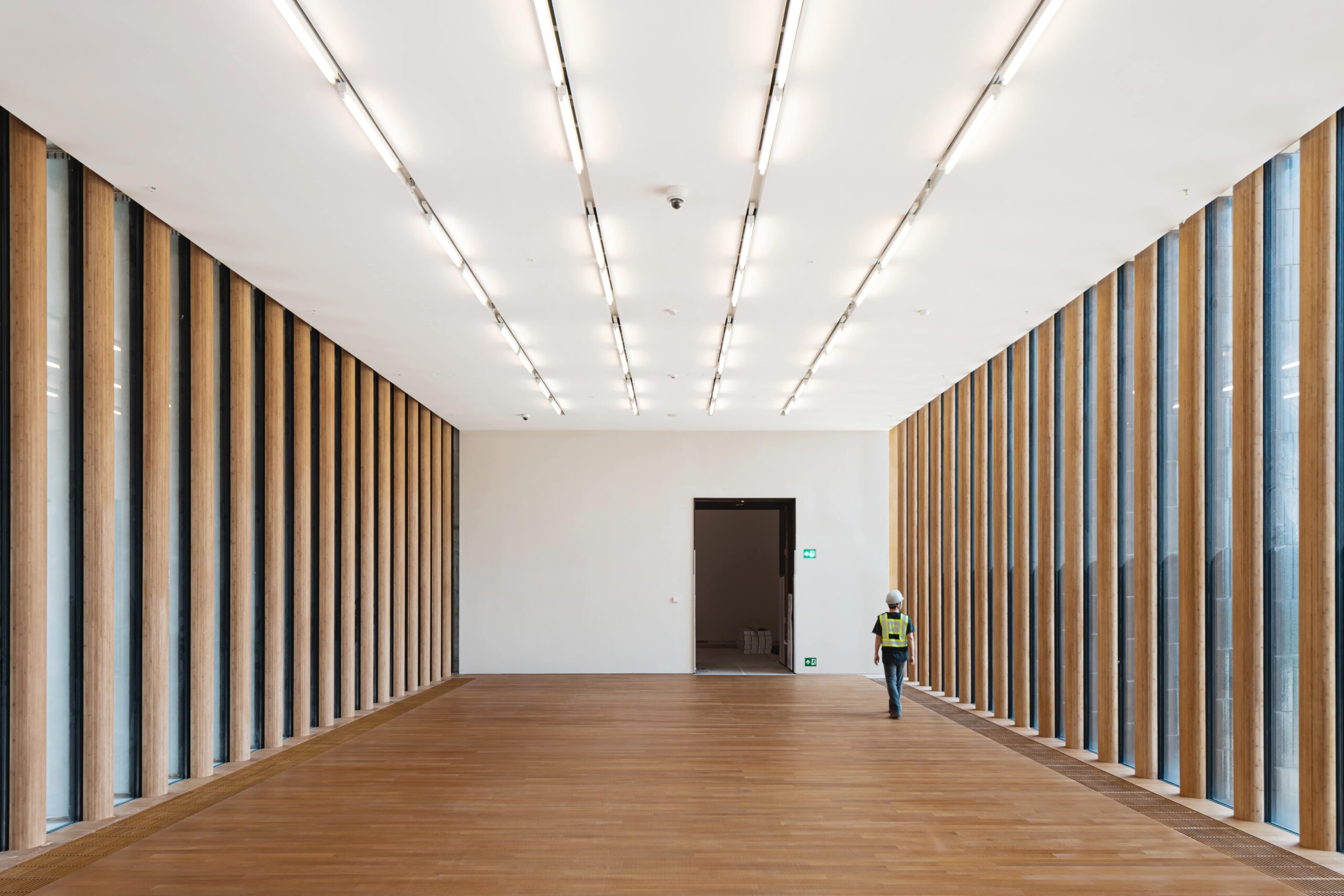 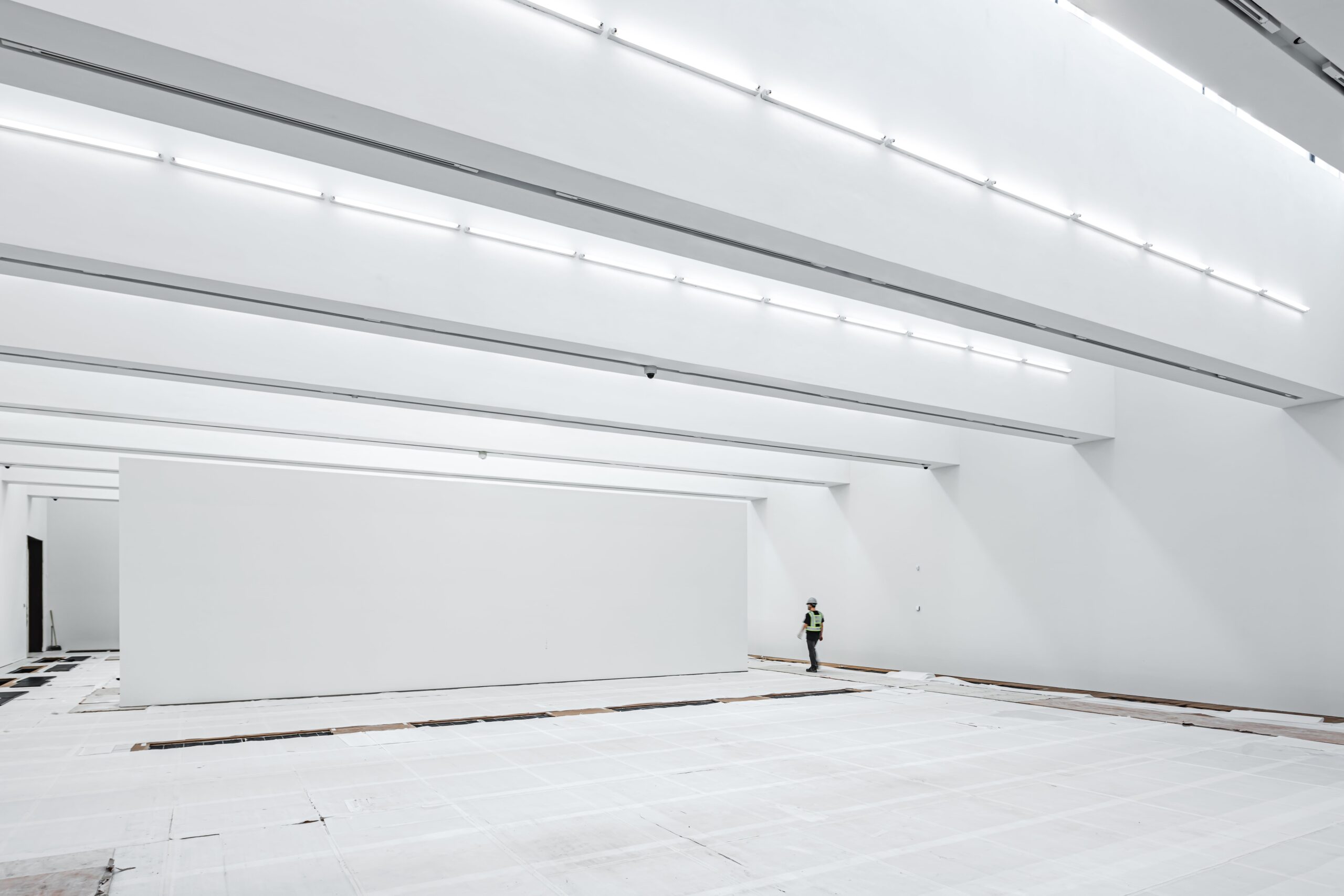 Inside, furniture such as benches and reception desks are made from bamboo, recalling construction sites throughout the metropolis (Hong Kong is one of few cities to use bamboo scaffolding to build skyscrapers). 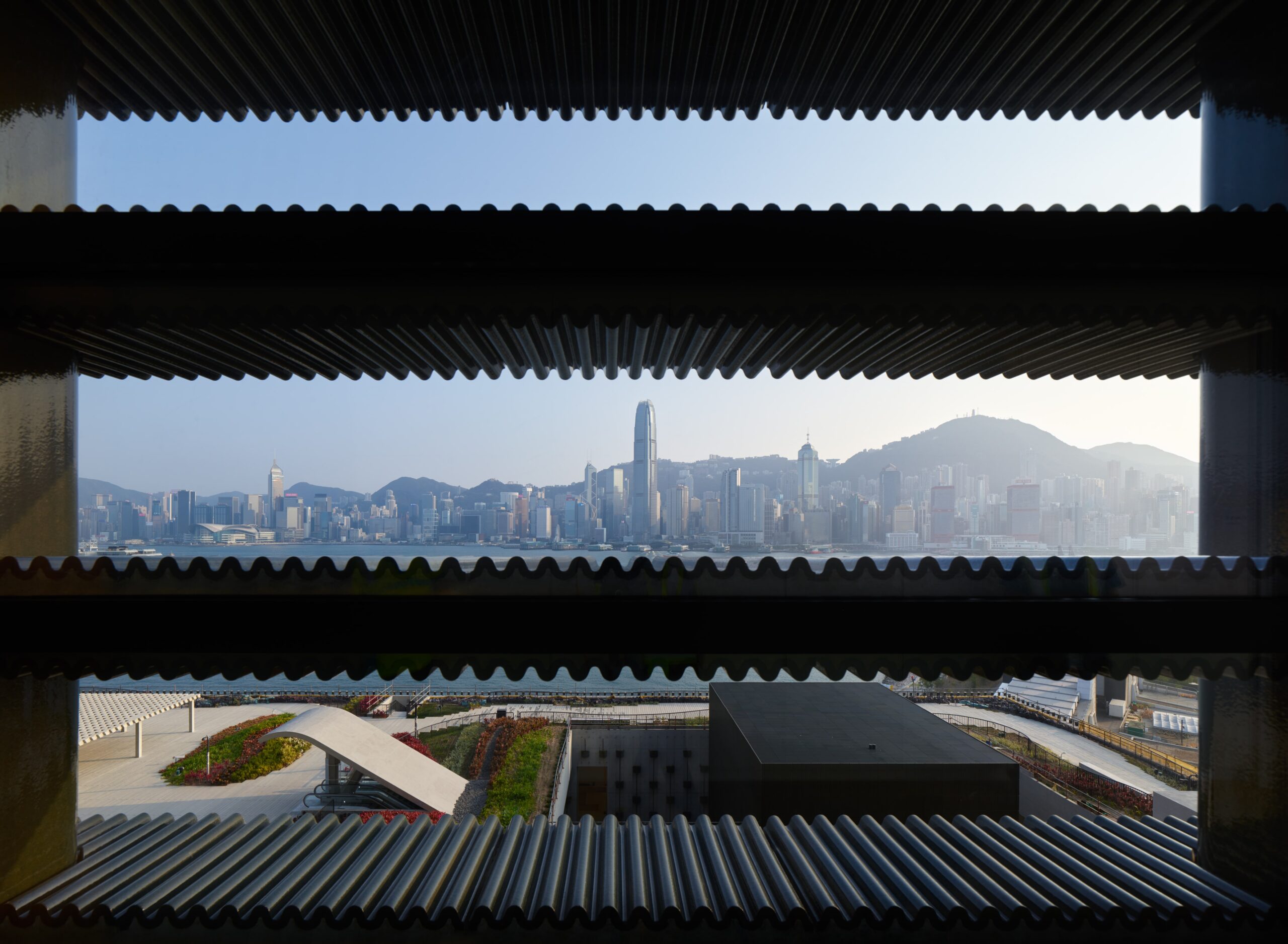 Top floors are dedicated to socialization, with restaurants, a lounge area and an outdoor roof garden all open to the public. From there, sweeping vistas of the Hong Kong skyline delineate the museum’s place in the city. The finalized building, as Ascan Mergenthaler, partner at Herzog & De Meuron notes “is not simply anchored in its surroundings; it is also formed by them.” Distinctive and unmistakable, the beacon of art on the Victoria Harbour waterfront is sure to become an integral part of the Hong Kong skyline.