Instead of Trump’s Wall, a Treehouse on the U.S.-Mexico Border
Overlooking a steel wall separating Tijuana and San Diego, Japanese art collective Chim Pom has constructed a timely installation - a treehouse they call "U.S.A Visitor Center." 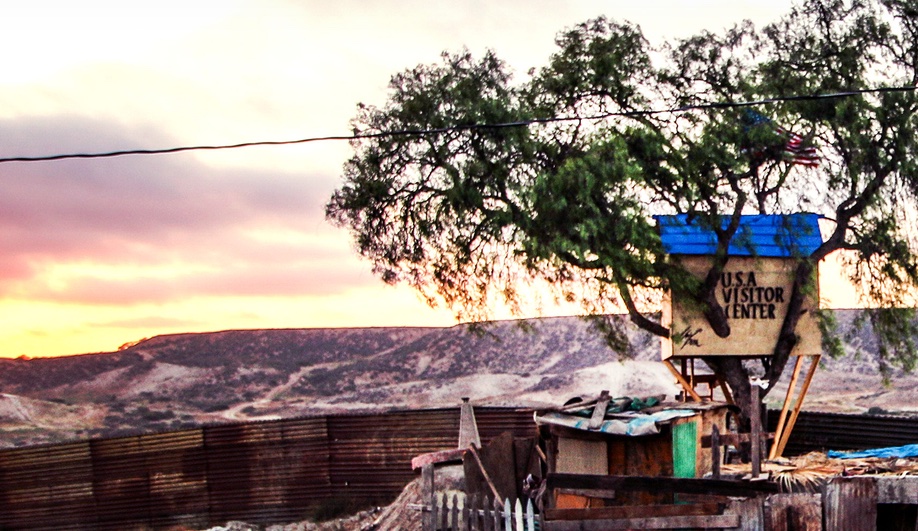 Of all the controversial promises touted by U.S. president Donald Trump, the construction of a 3,200-kilometre wall separating the U.S. and Mexico has always seemed one of the most extreme, and ludicrous. Many architects and artists have responded, some with renderings satirizing Trump’s proposal.

Chim Pom, a Japanese art collective, has offered its own commentary, by way of a real treehouse it recently constructed in Tijuana, Mexico. Titled “U.S.A Visitor Center,” the one-room treehouse sits in the backyard of a Mexican family home, just metres away from a rusted steel wall that separates Tijuana and San Diego.

The Tokyo-based, six-member group, known for its provocative works that explore of-the-moment social issues, was inspired by Trump, as well as by the experiences of one of its members. In 2012, Ellie (she doesn’t use a surname) joined a Japanese video crew in Hawaii. In a dangerously foolish gag, one of its members indicated on travel paperwork that he had been previously involved in terrorist activities, resulting in several crew members, including Ellie, being banned from entering the U.S. Ellie has made several applications to enter the country since, finding herself denied each time.

Last summer, she, along with three other members of Chim Pom, were driving along the U.S.-Mexico border when the group happened upon a private home in the Colonia Libertad district of Tijuana. Struck by the views afforded by the home — not only of the old steel wall and the “no man’s land” that sits between it and a second wall on American soil, but of Tijuana neighbourhoods and a nearby wildlife refuge in San Diego — the group approached the homeowner, and asked for permission to build a treehouse in her yard. A grandmother of small children, she obliged. 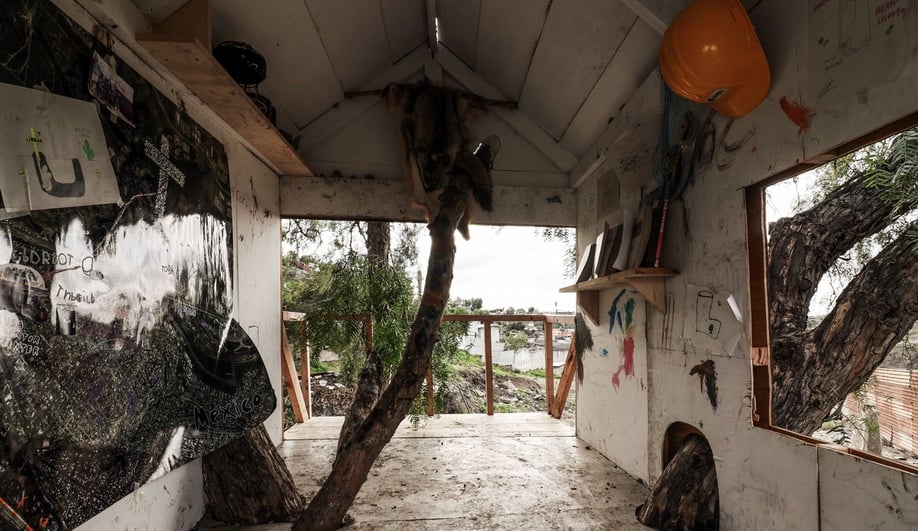 The treehouse is bare-bones, constructed of plywood and populated by a seemingly random selection of objects that actually nod meaningfully to the issues of borders, freedom, nationalism and immigration: a Japanese translation of The Adventures of Tom Sawyer is found near the pelt of a coyote, the name given to human smugglers. The installation is intended, sardonically, as a visitor’s centre for those physically barred from entering the United States. “This project is Chim Pom’s work but also belongs to all of those who cannot enter the U.S.,” the group says. 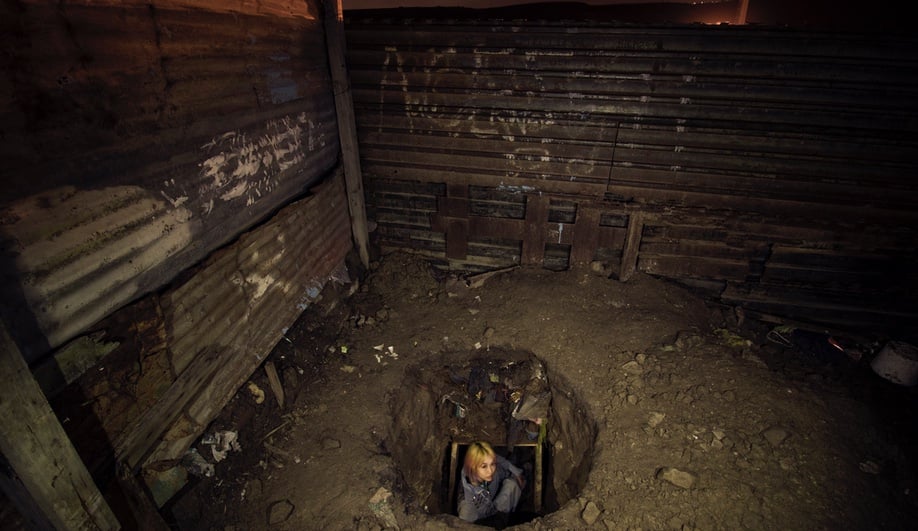 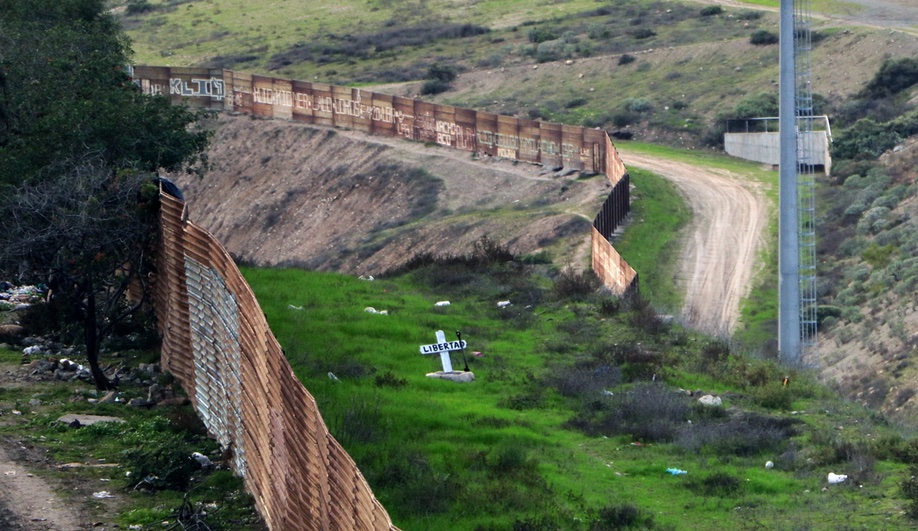 On Mexican land, the group dug a wide hole, symbolically representing the opening to a tunnel. In the strip of no man’s land, they placed a collection of plastic objects — a white cross emblazoned with “Libertad,” a shovel and a ring that resembles the opening of a hole. The son of the homeowner had to scale the Mexican wall in order to place it. “This piece was created precisely to build a grave for the idea of liberty on American land,” Chim Pom explains.

“Together, the two pieces metaphorically suggest an imaginary underground tunnel, linking the actual hole on the Mexican side to the fantastic plastic hole on the American side, or the grave of ‘Libertad,’ or liberty.’ Equally visible from both the Mexican and American side, this grave of liberty visualizes this unique strip of land where freedom is most restricted.”