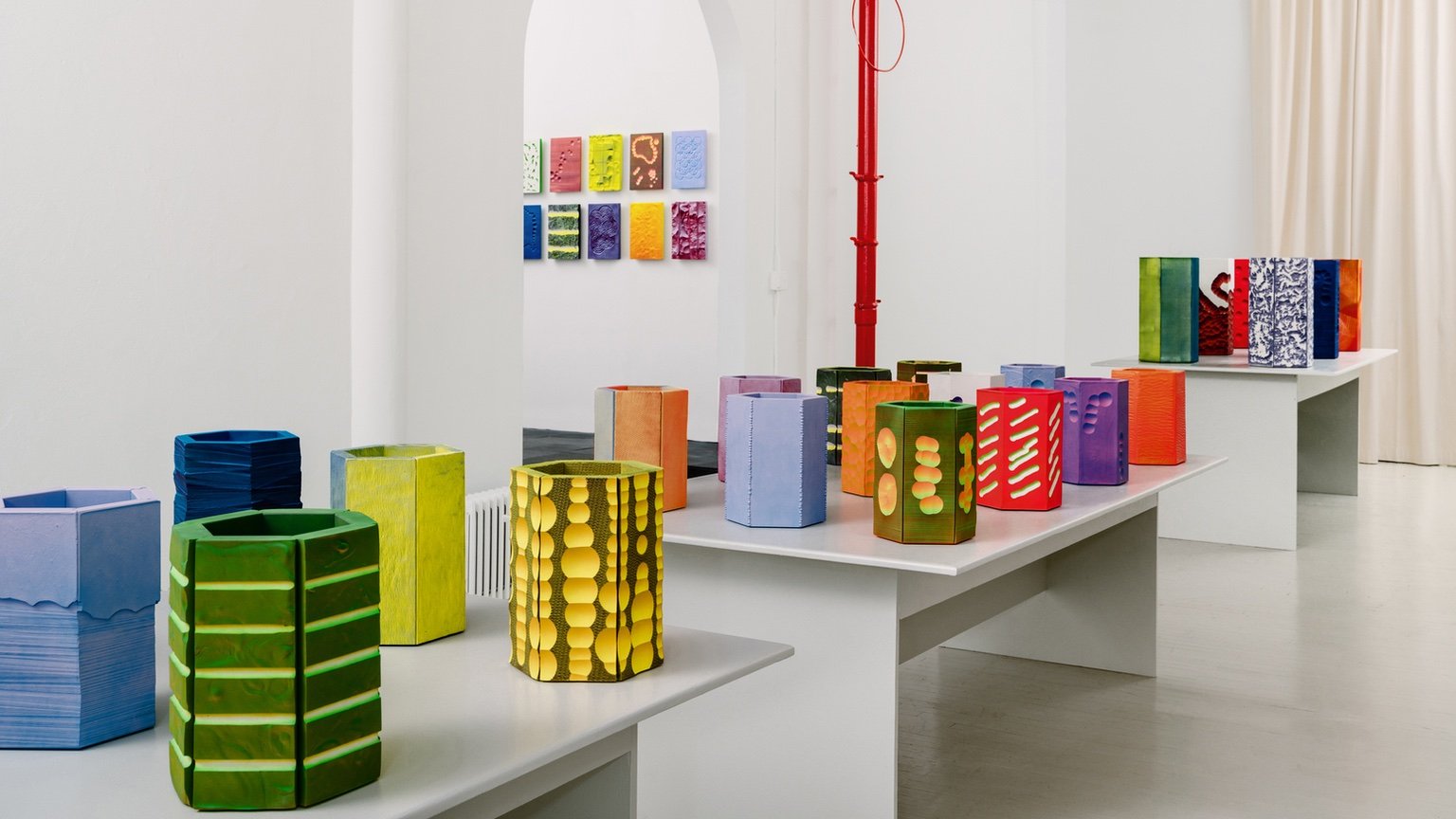 While it is filled with bright highlighter hues rather than muted earth tones, Jamie Wolfond Studio’s new exhibition, Flash Set, was actually inspired by a quiet moment in nature. 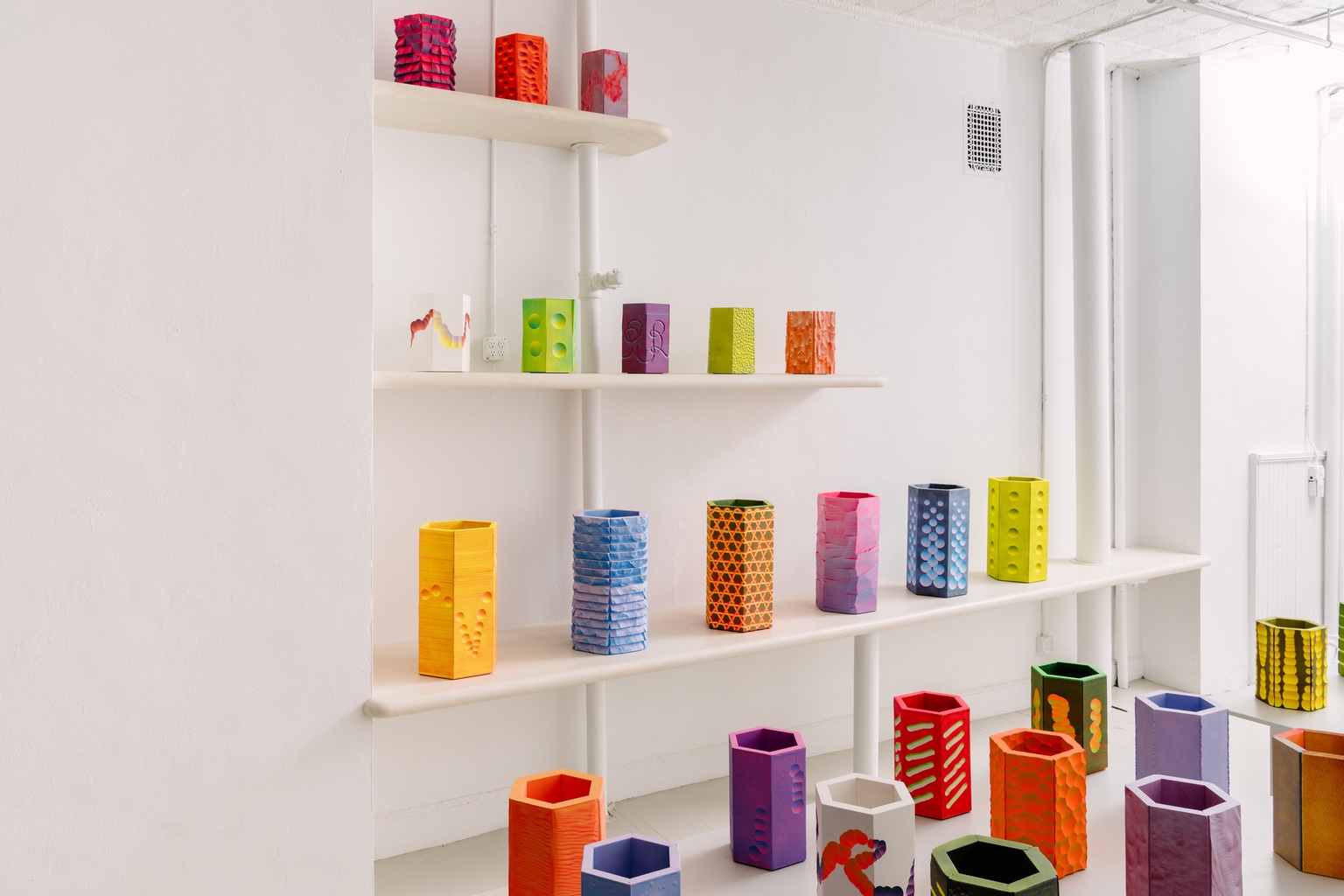 After being drawn to some lichen that he observed growing on a boulder, the Toronto designer came to appreciate that the organism was found only on spots of the rock that the sun couldn’t reach. “The result was a frozen shadow — a fixed image that would always imply the direction from which the sun originally hit the rock, even after the sun went down,” Wolfond explains in the text for the exhibition, which takes place at New York showroom Matter. 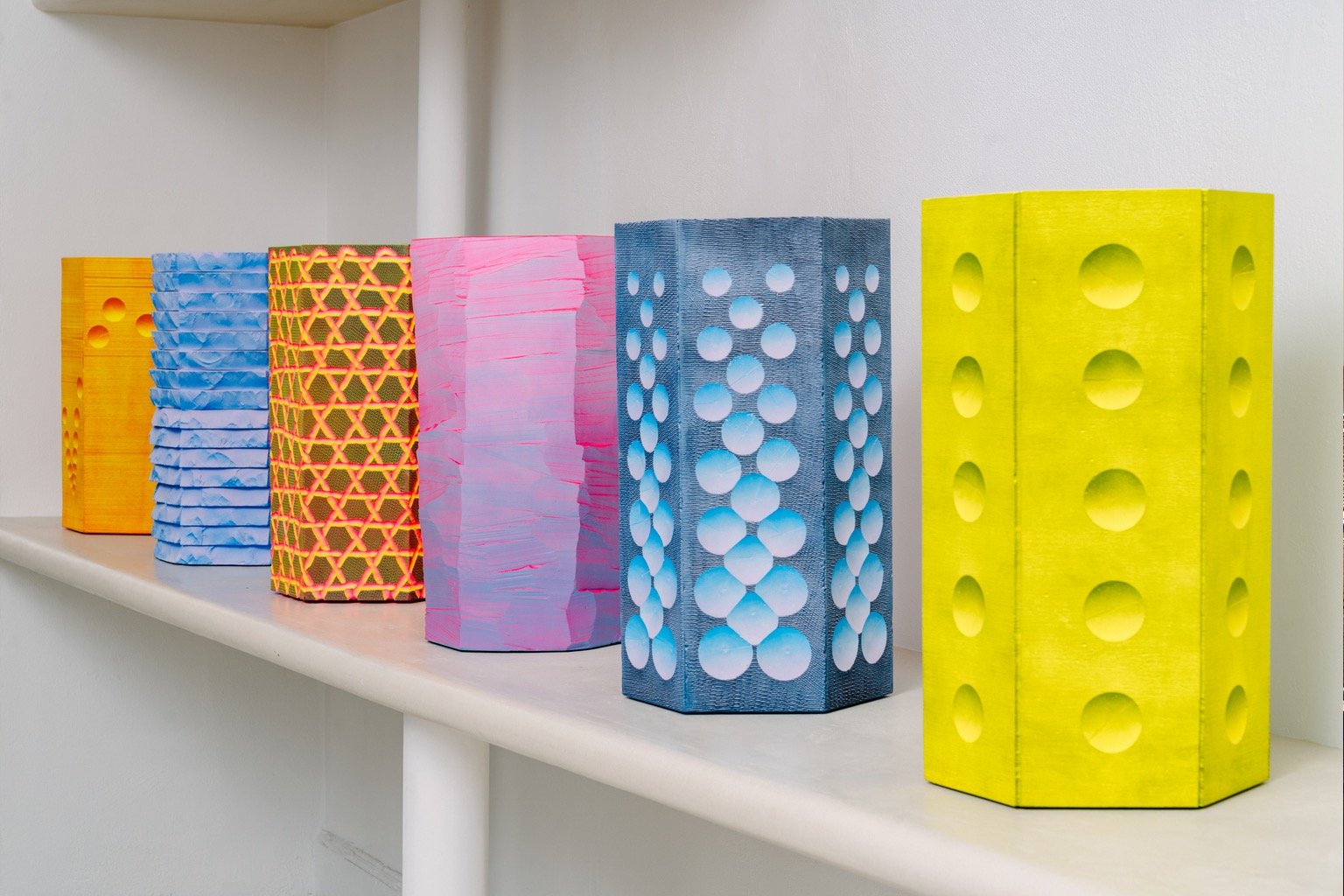 Inspired by this method of recording an object’s previous conditions directly onto the object itself, Wolfond and his studio set out to develop a series of vessels that would document the fleeting interplay of light and shadows. 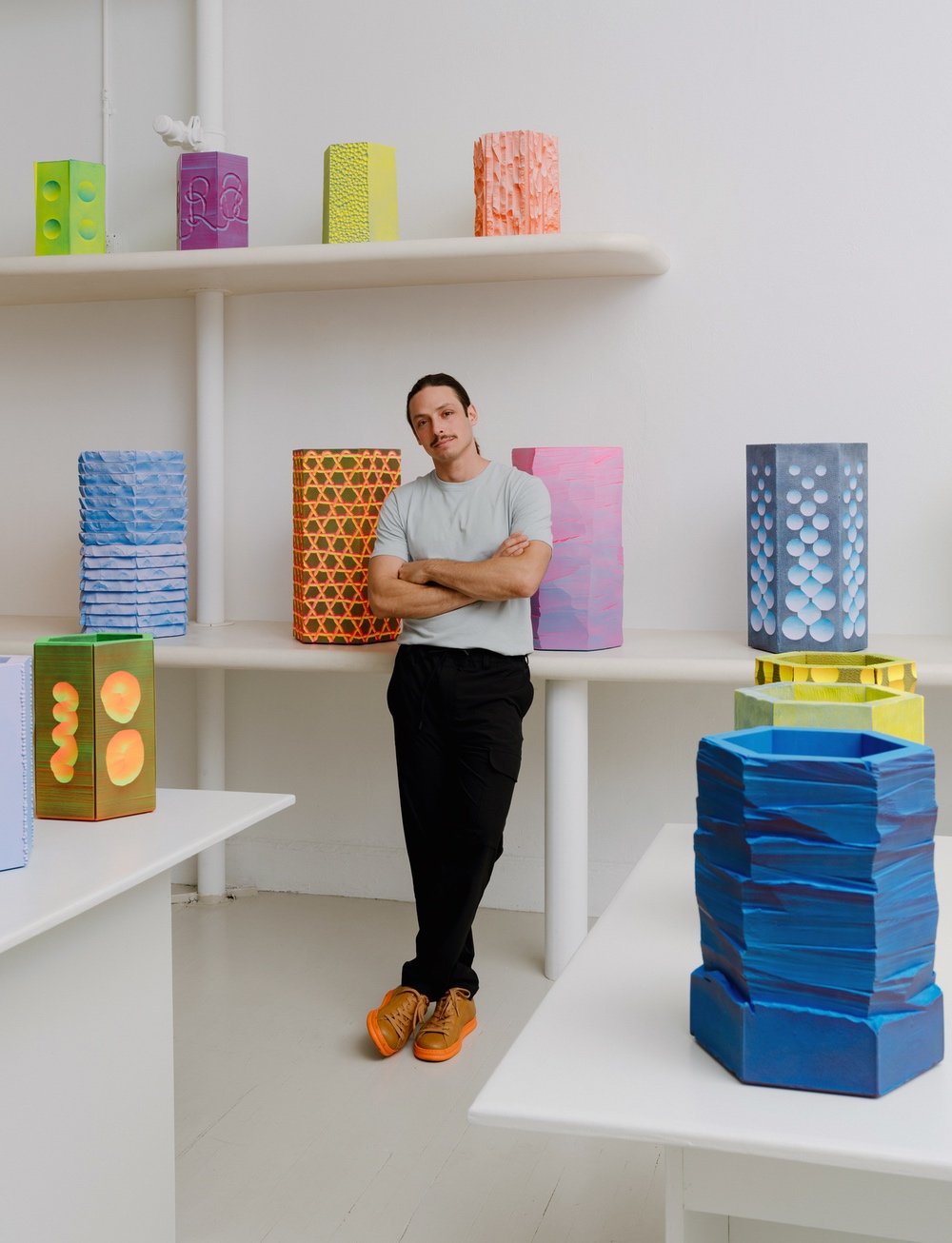 Built from carved gypsum cement using casting moulds, a drill, a chisel and sandpaper, each of the forms on display in Flash Set were spray painted from a series of hard angles — creating still life–esque compositions shaped by the lighting around them. In this way, the pieces in the collection can be understood as both sculptures and images. 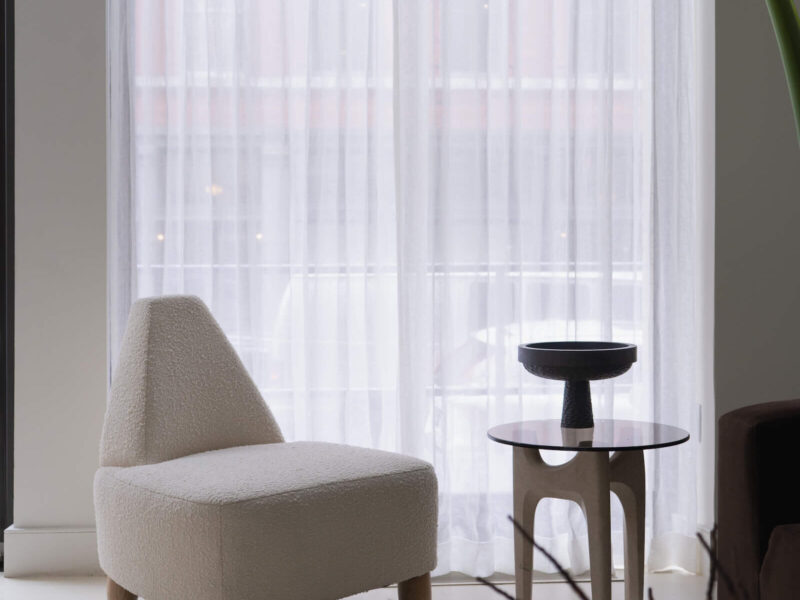 For those looking for a peek into the fabrication and painting process behind the show’s vessels, photographer Aaron Wynia offers some great documentation on his Instagram account. 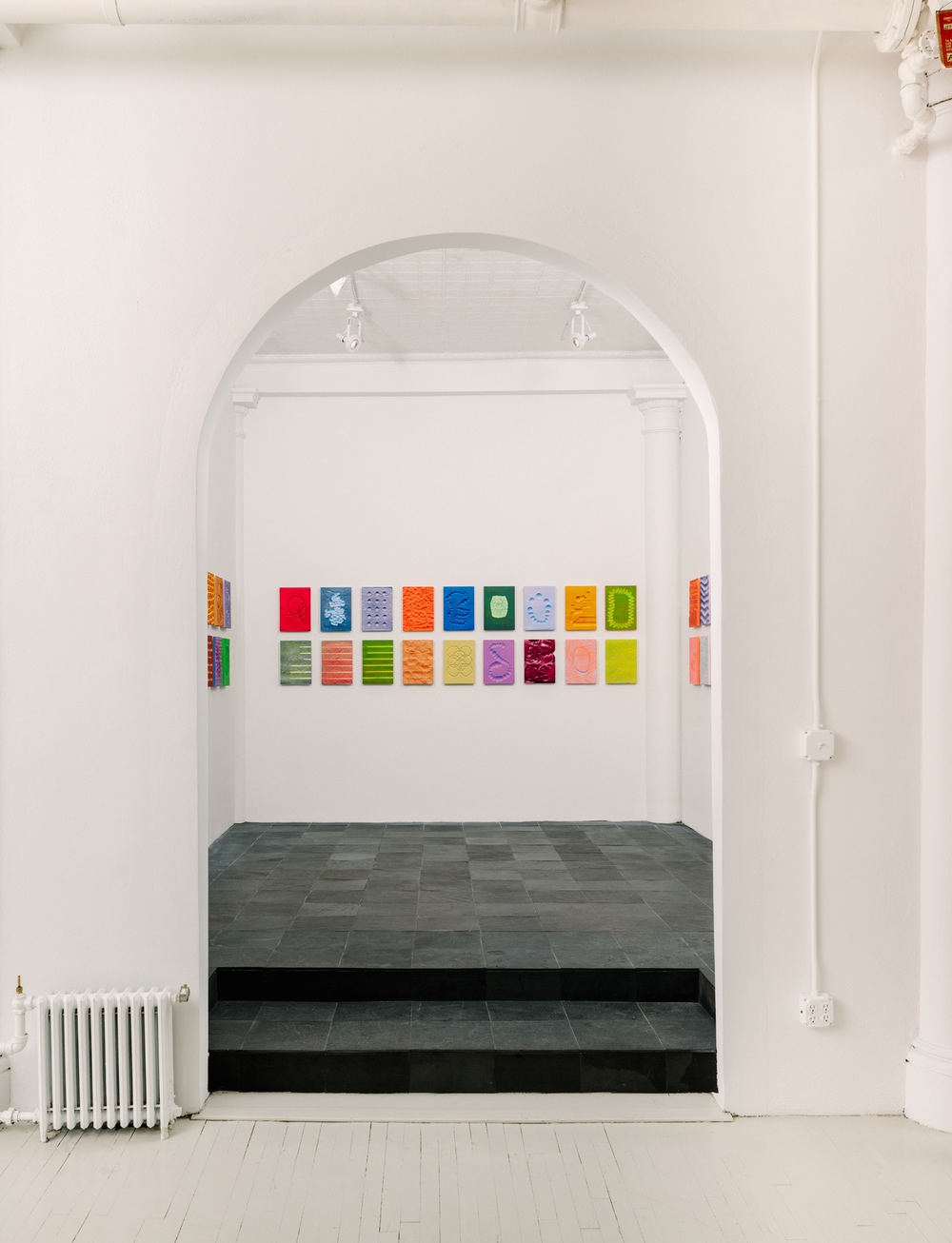 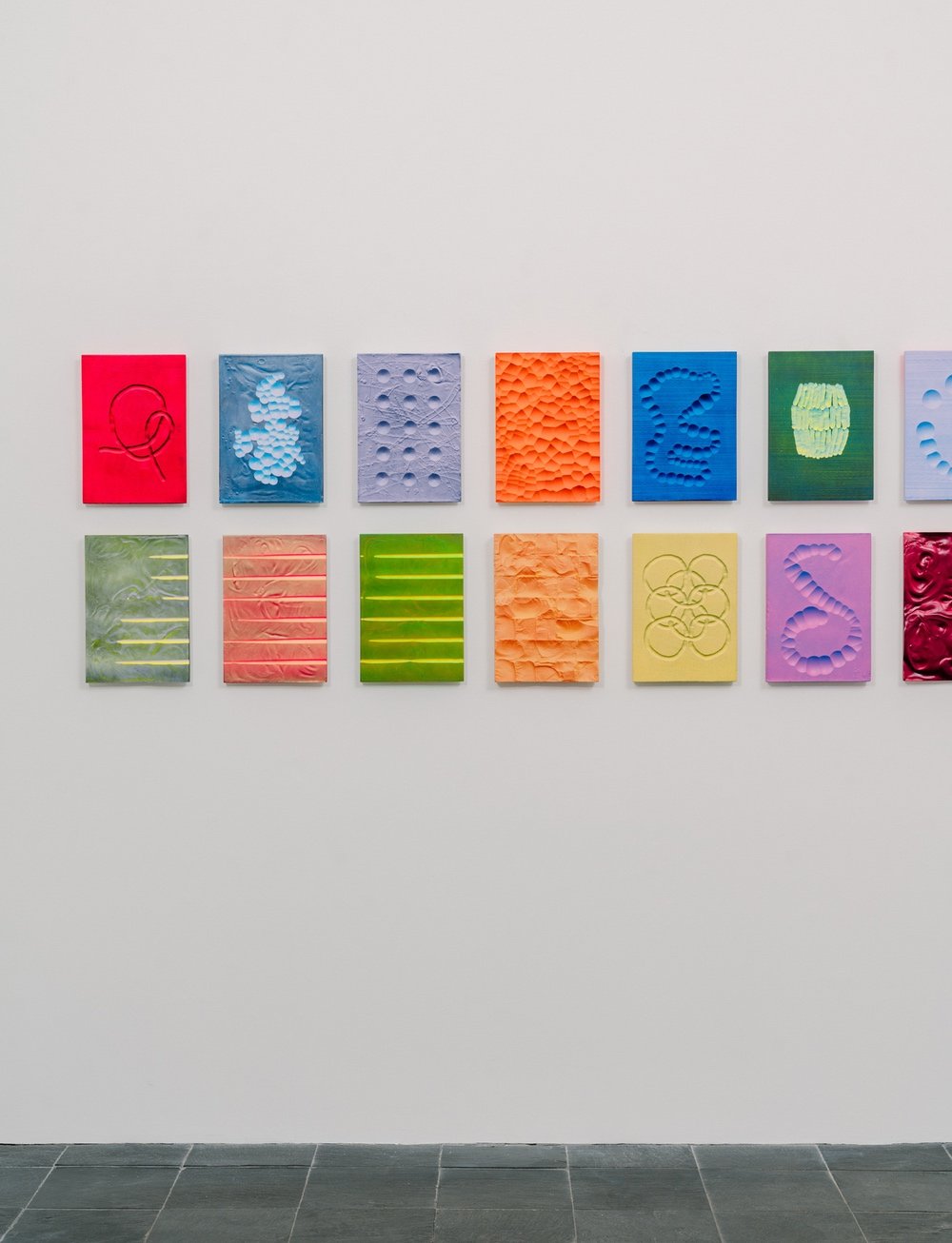 In total, the show features nearly 100 objects spread across three different design typologies, including small and large vessels, plus wall-mounted canvases that serve to further blur the line between sculpture and image. Each object was developed by slightly tweaking the production technique used to create the object made before it — adding up to a collection that is wildly varied yet still cohesive. 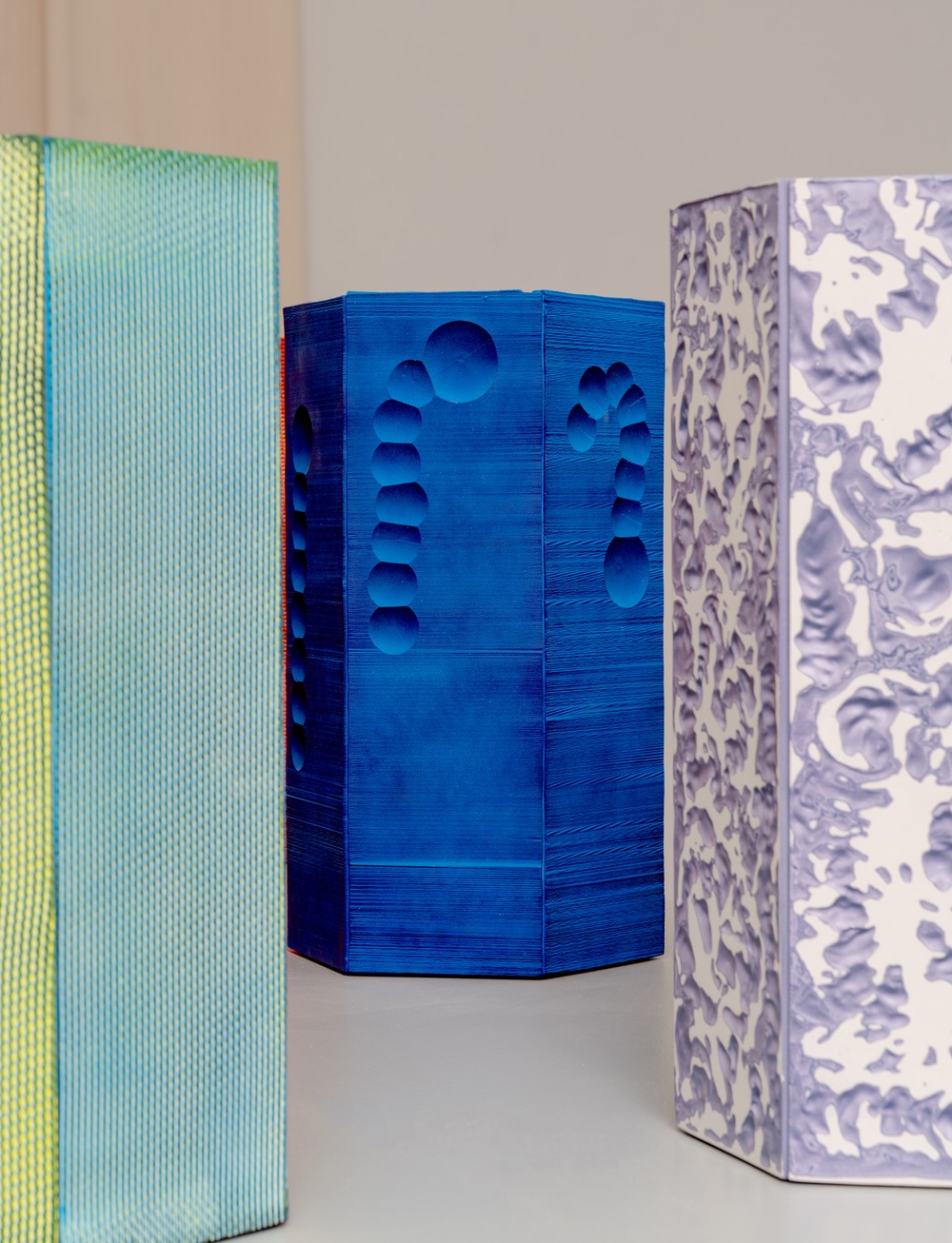 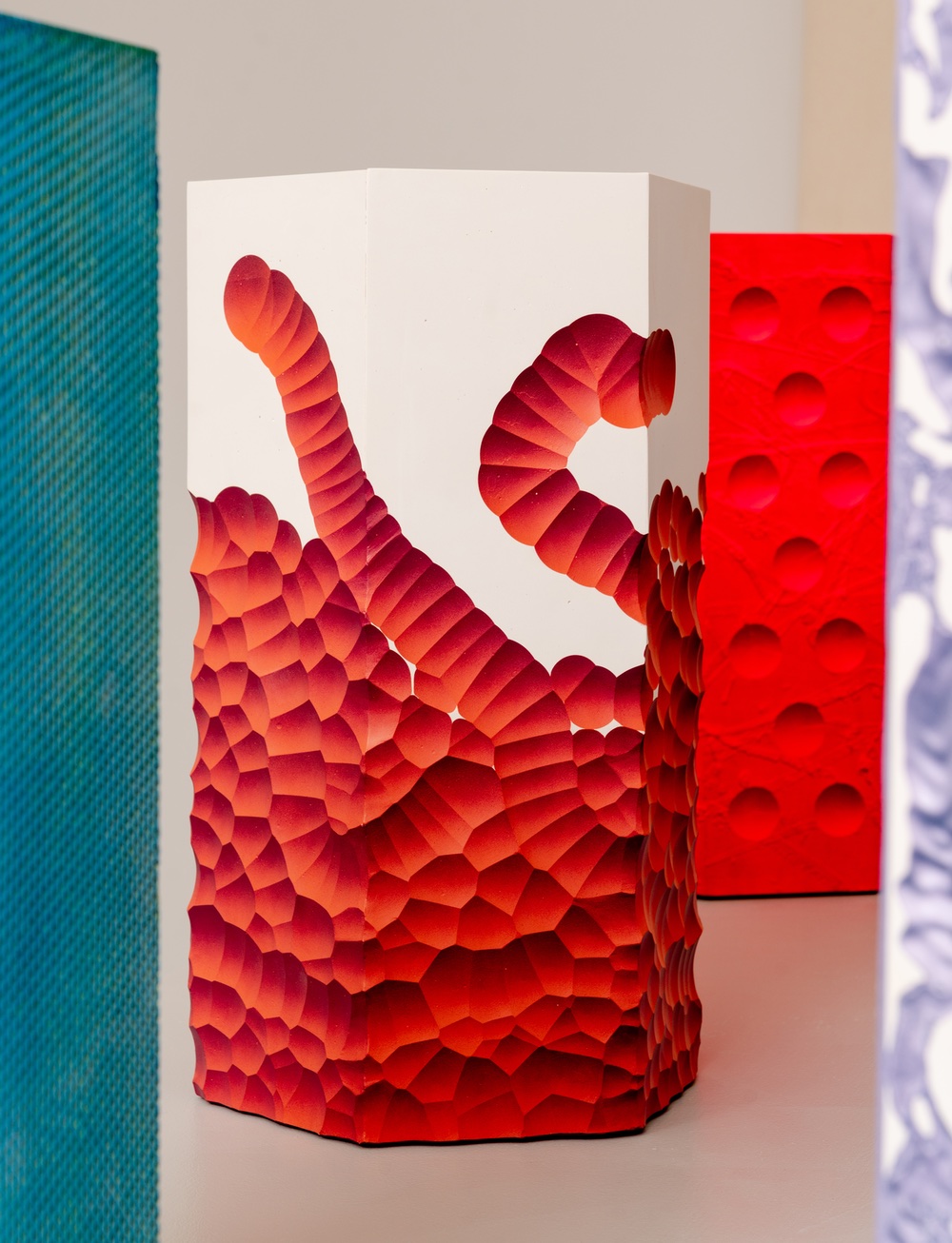 Some pieces feature arrangements of finely carved geometric lines, while others incorporate more organic forms that harken back to the lichen that served as the show’s original source of inspiration. As Wolfond’s show notes express, “The result is a grid of interconnected ideas, documenting the evolution of an improvised craft.”