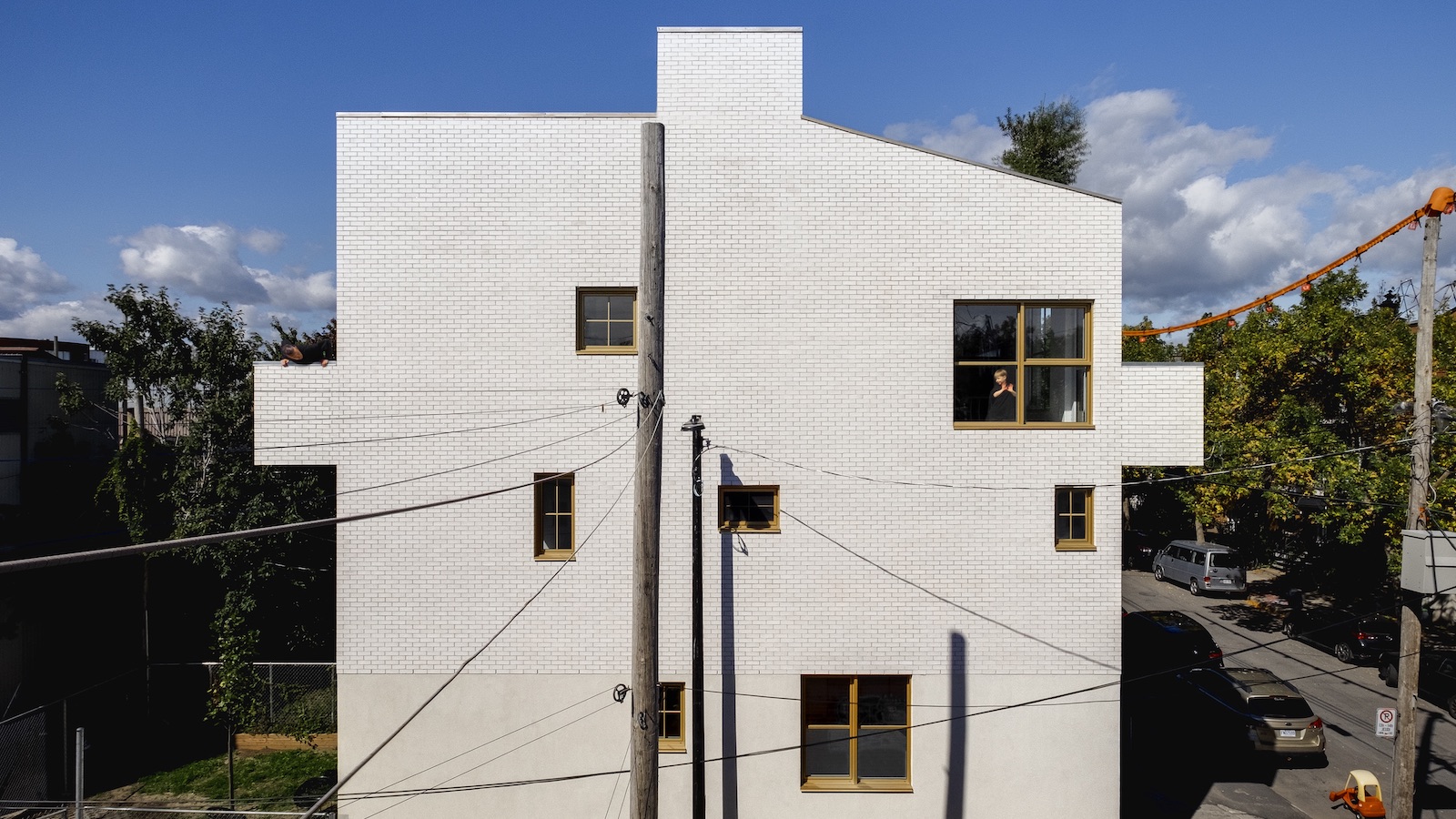 Before the automobile reshaped the urban geography of North America, we were closer neighbours. In Montreal, where much of the metropolis’ fabric dates back to the 19th century, neighbourhoods of walk-ups and small apartment buildings still define the city — and continue to evolve in kind. For instance, in the Rosemont district, a new multi-unit project by Jean Verville architecte offers a gracefully timely riff on a classic Montreal triplex.

Dubbed NMBHD, the building is divided into a trio of generously proportioned multi-level apartments. Built for the property’s owners, a 197-square-metre, four-storey family home forms the spine of the triplex, meeting the building’s backyard with a rear entrance that also emerges onto a small laneway. While the four-bedroom dwelling faces the back of the lot, a private staircase leads to the street-facing entrance. 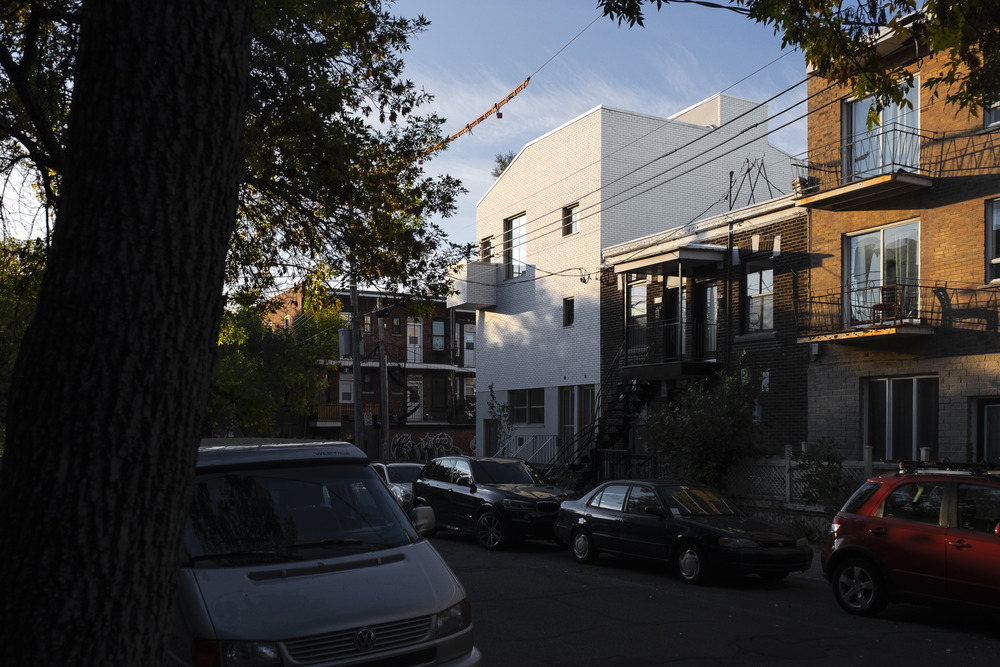 Two smaller suites front onto the street. At the base of the building, a 63-square-metre one-bedroom home occupies the two lower levels, with a private entrance thats emerges onto the sidewalk framed by a small street-front garden. Boasting 104 square metres of living space on the upper levels, a larger two-bedroom residence is topped by an expansive rooftop terrace. 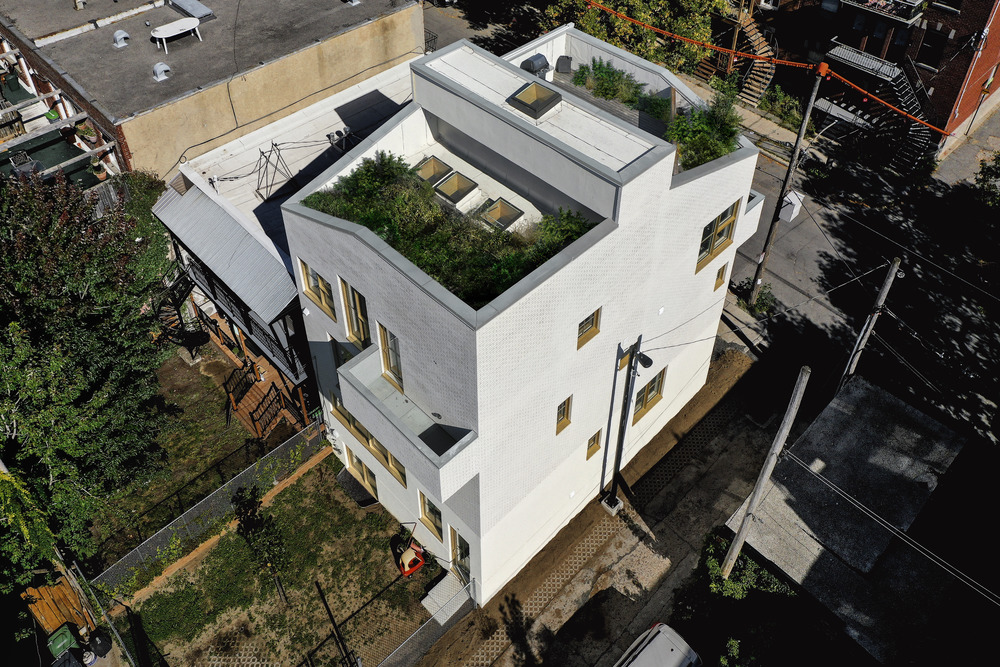 The individual character of each of the three homes is reflected in the building’s architecture. Against the simple white brick that clads NMBHD’s upper levels, the rhythm of fenestration fosters a playfully varied presence. While the interplay of windows, doors and extruded balconies lends Verville’s design an aesthetic signature, the position of the openings is also carefully considered to balance light, openness and privacy in each of the three homes. 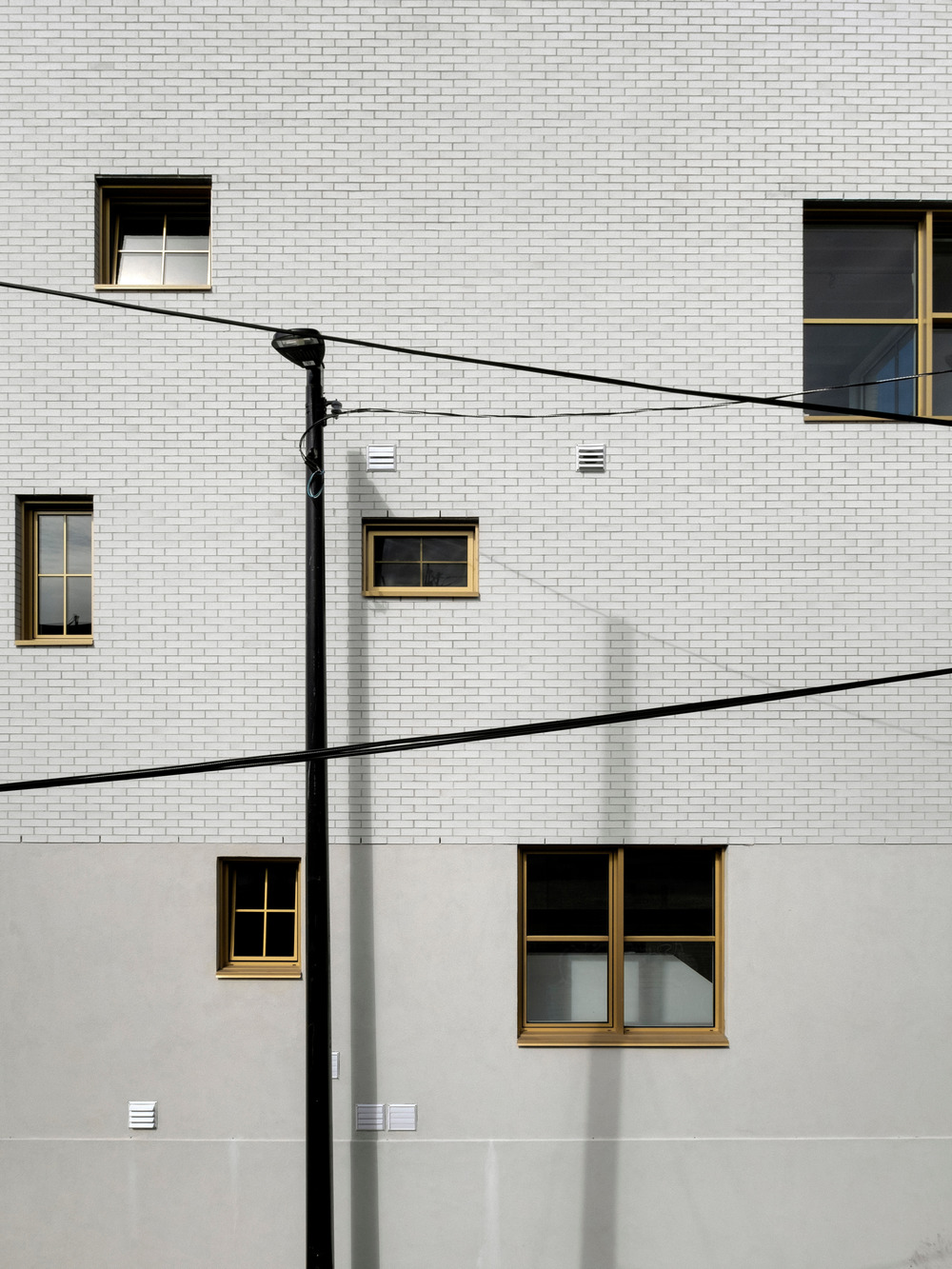 Alongside the unifying simplicity of the white brick exterior, elegant details knit the design together. Bronze window frames add a luxe pop of colour to the exterior while also emphasizing the irregular facade. Above, the angular roofline — modulated to balance light and privacy — resolves the building’s kinetic energy in a pair of pointed peaks. The whole of it is elevated by an attention to detail; white brick also wraps the underside of the balconies to underline a sense of wholeness. 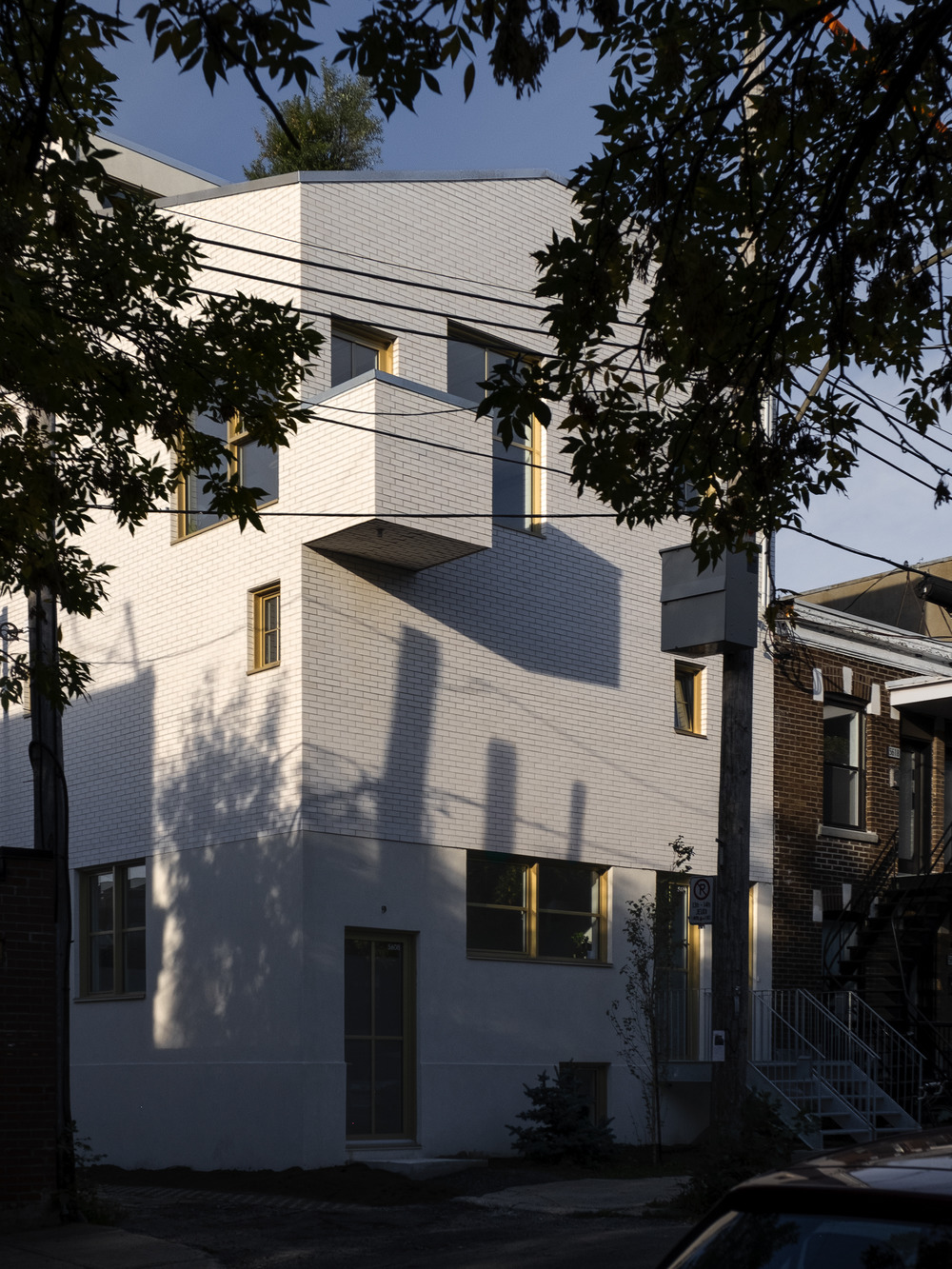 NMBHD’s interiors are defined by a similarly rich minimalism. In all three homes, sleek white walls and (almost) industrial stairs are complemented by the texture of bare ceiling joists and polished concrete floors. In the bathrooms, the juxtaposition of earthy ceramic washbasins and exposed plumbing epitomizes Verville’s unvarnished yet comfortable design. 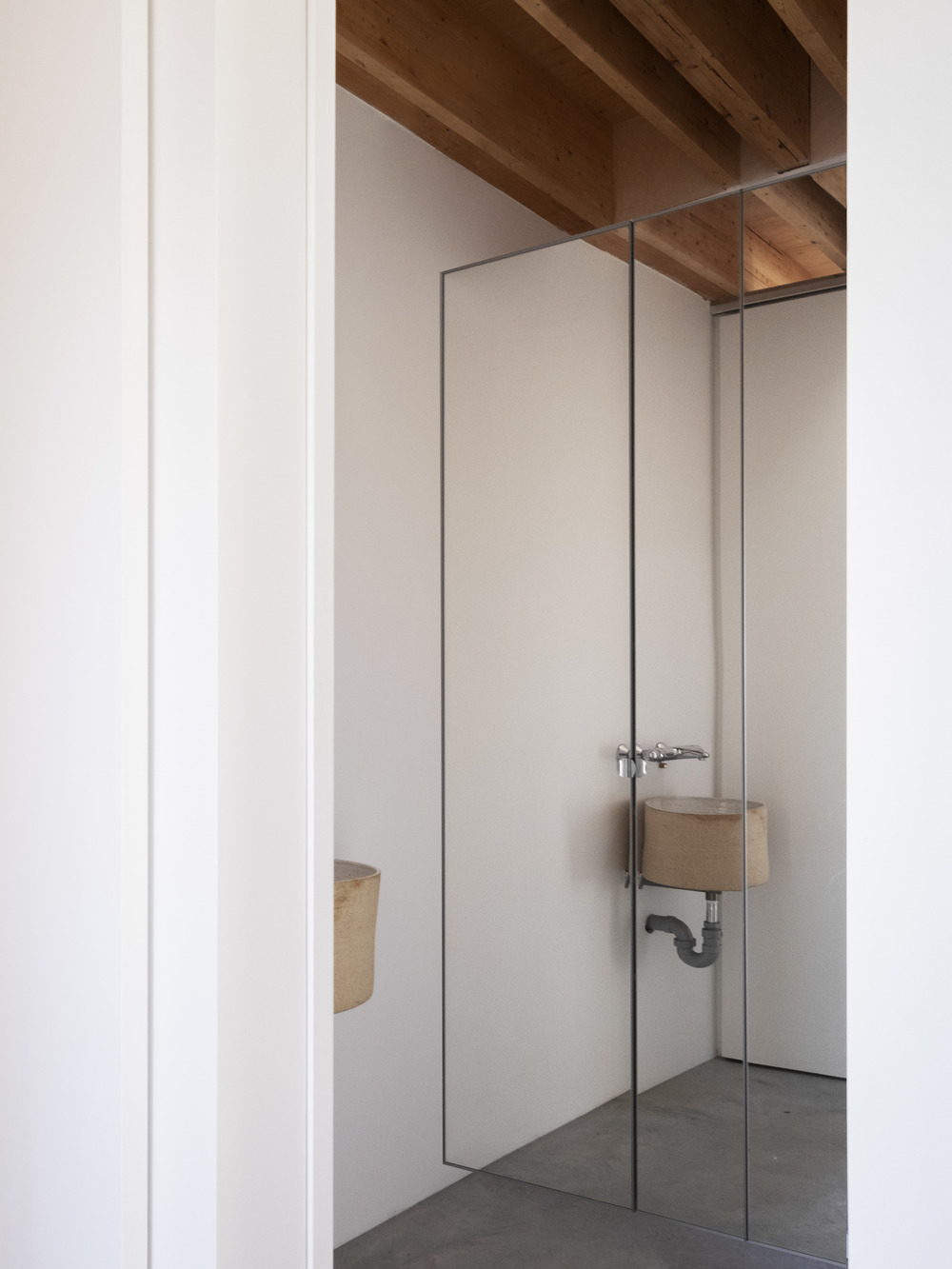 Designed for the family of three that own the property, the residence features a workshop on the lower level and living spaces above. Surrounded by a green roof, a trio of skylights flood the home’s uppermost storey in natural light.

It’s a distinctive and subtly expressive design — but one also strongly rooted in Montreal’s urban context. In scale and materiality, the building speaks to a city of brick walk-ups and outdoor staircases, with the ingredients reconfigured and painted white. 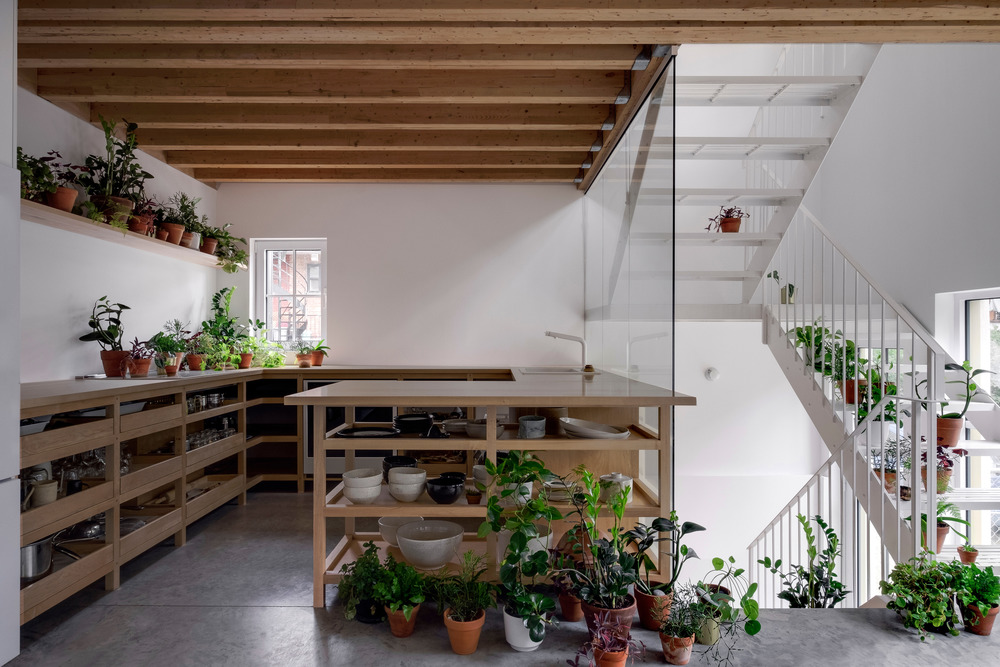 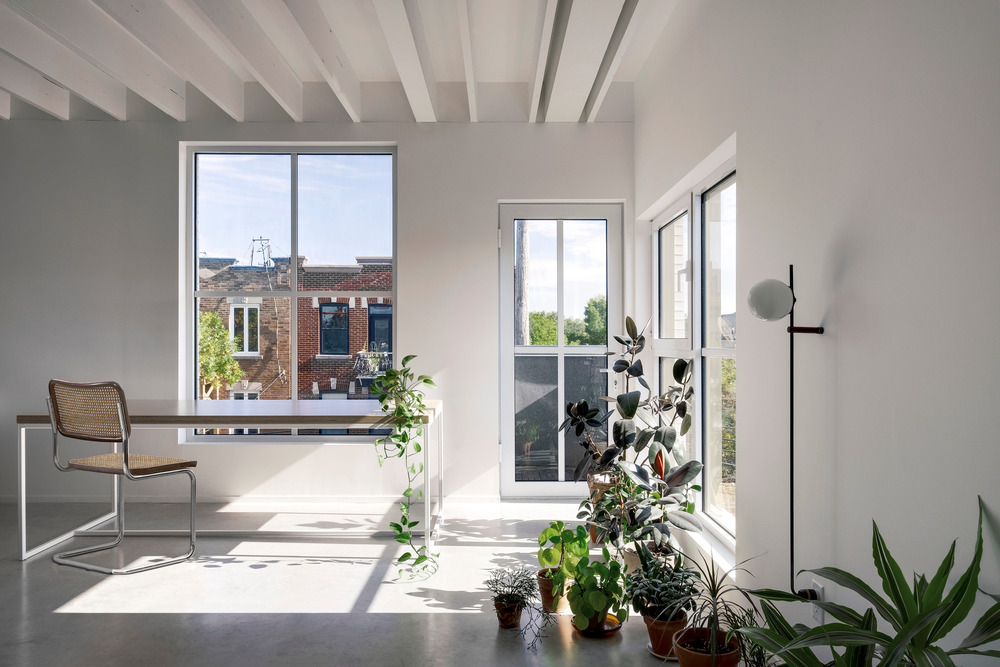 Below the construction cranes and condo towers that increasingly dominate the skyline, the city’s gradual infill evolution offers a more compelling blueprint for urban life in the 21st century. From ADHOC’s Le Jardinier apartment building to yh2’s Maison Atelier or any number of projects in L.McComber’s mixed-use portfolio, Montreal arguably does missing-middle density better than anywhere else in North America. 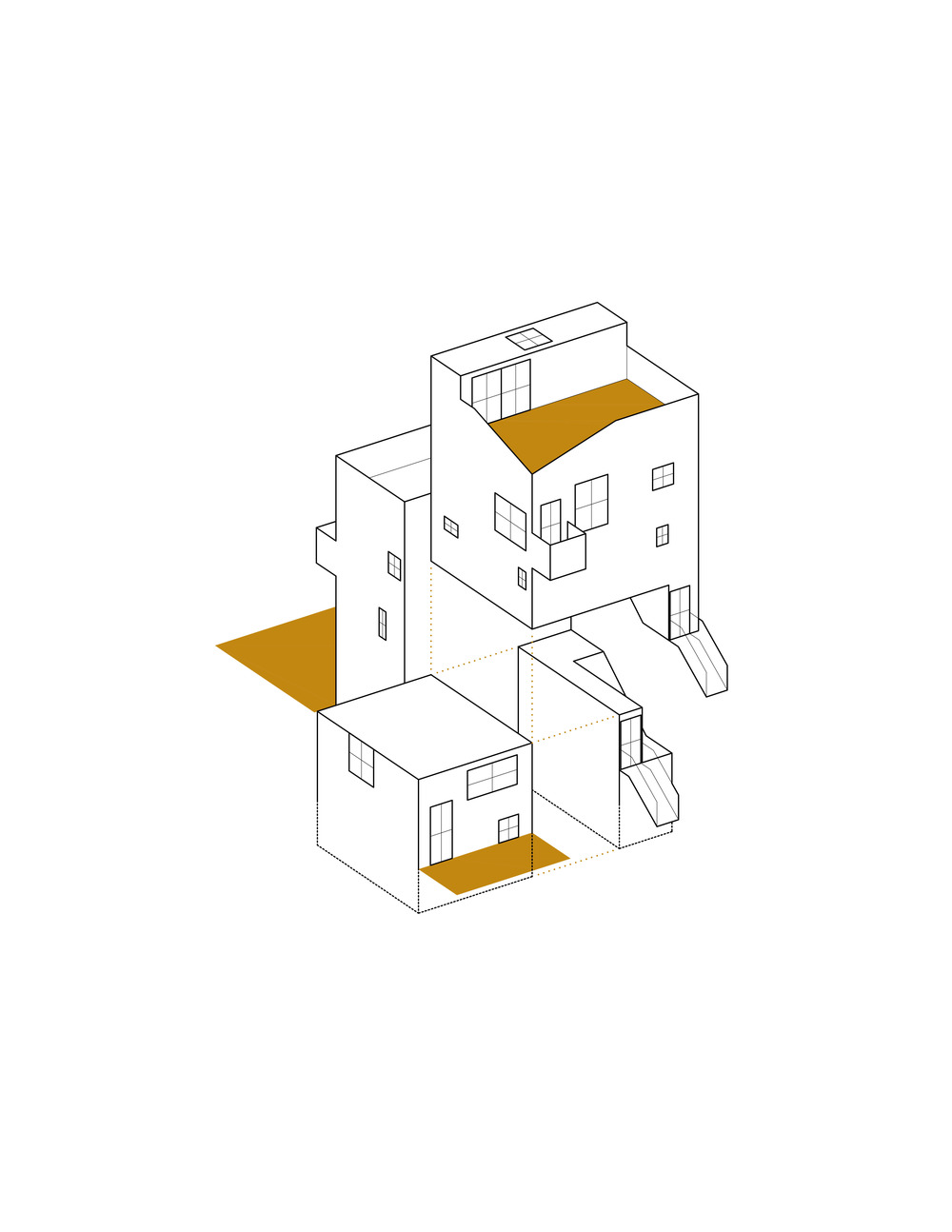 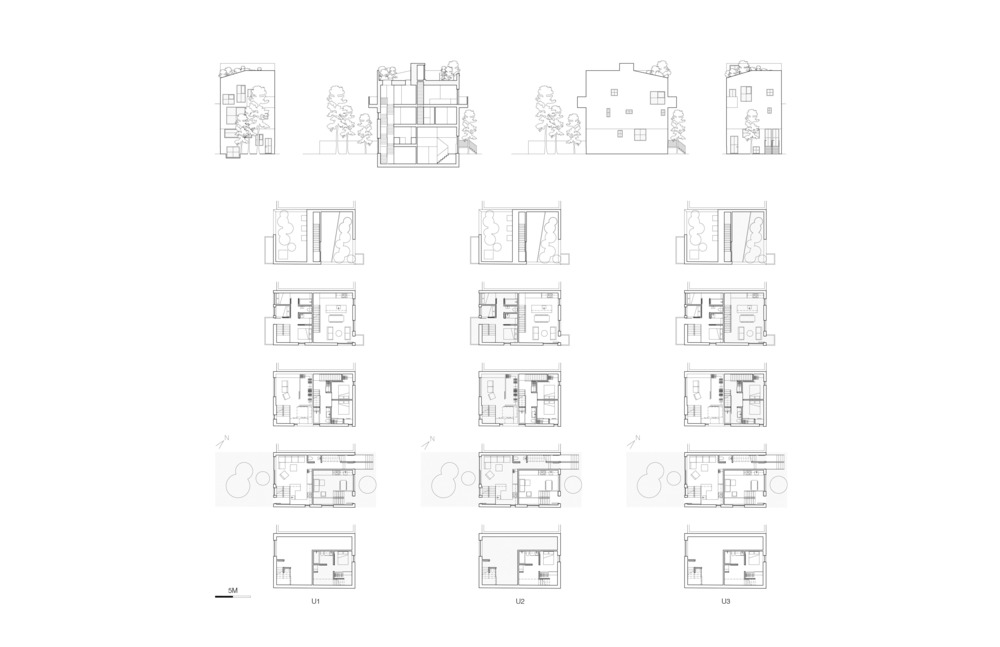 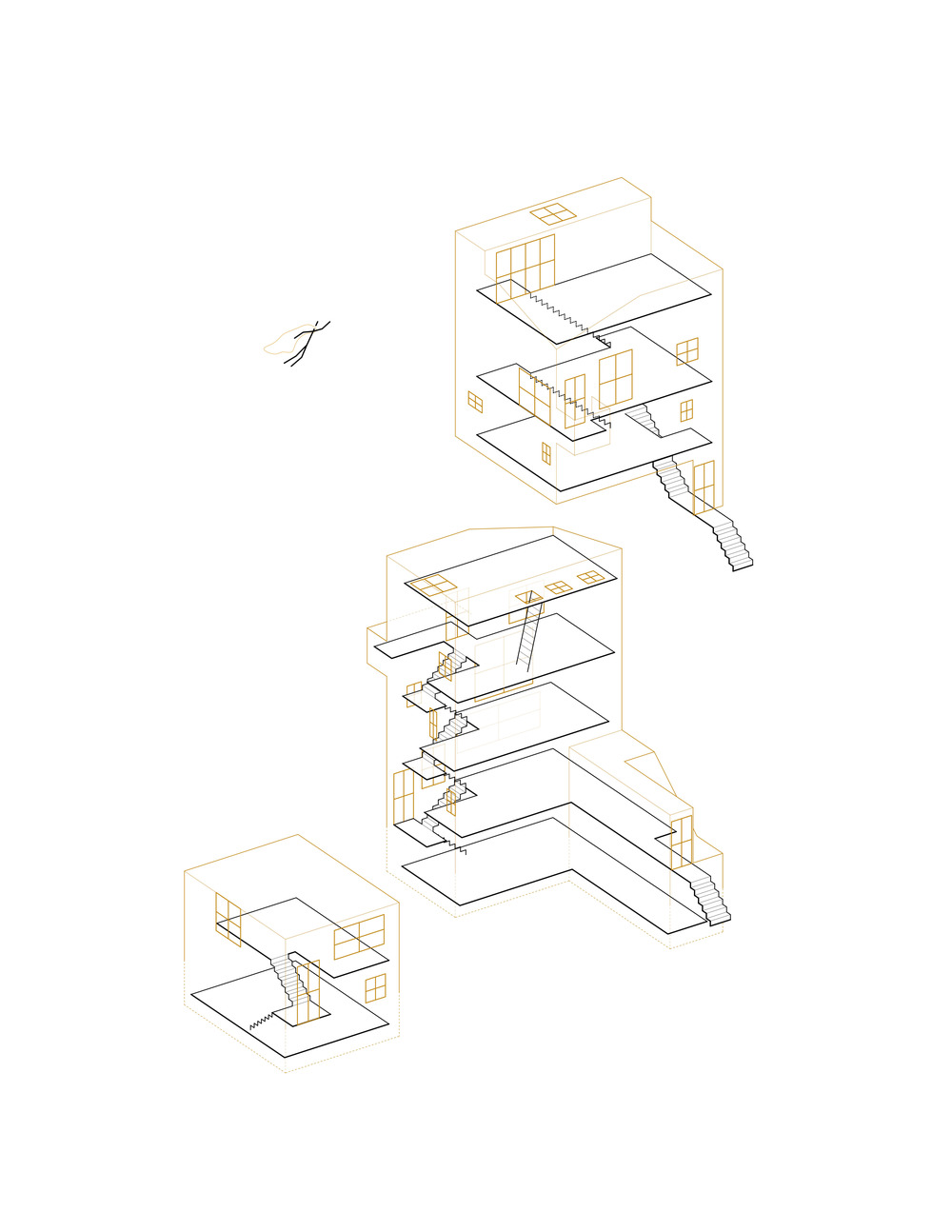 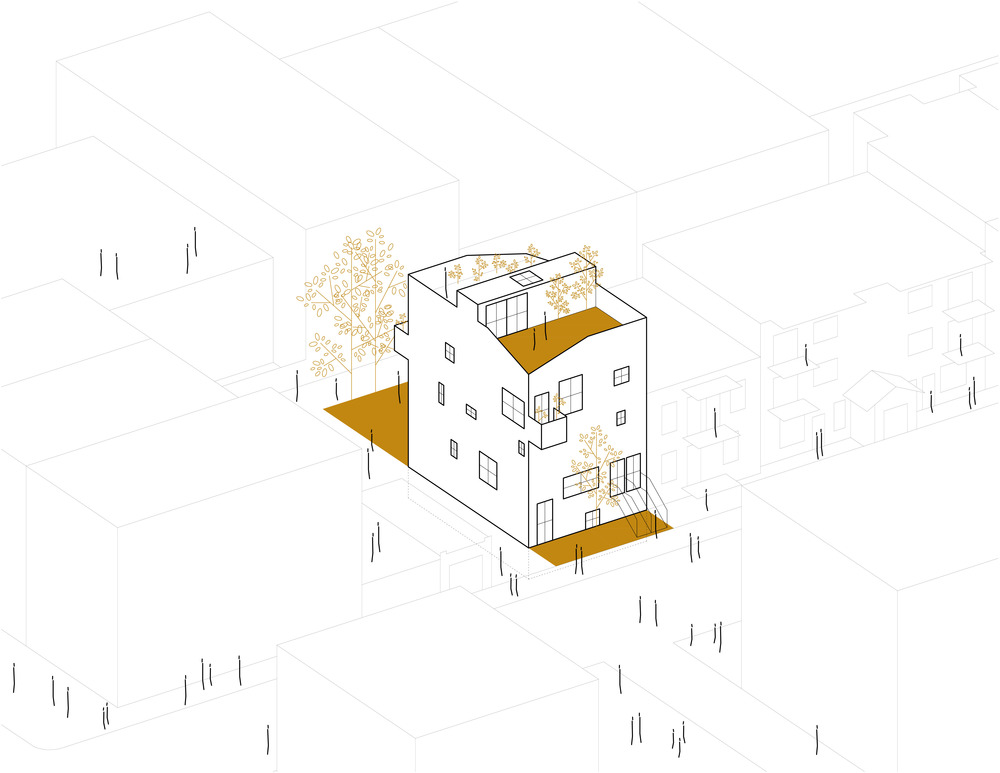 Together, these projects are a testament to the relative strength of Quebec’s design culture (not for nothing, it’s one of the few jurisdictions in North America to regularly host architecture competitions) and the possibilities of a more intimate and livable urban future.