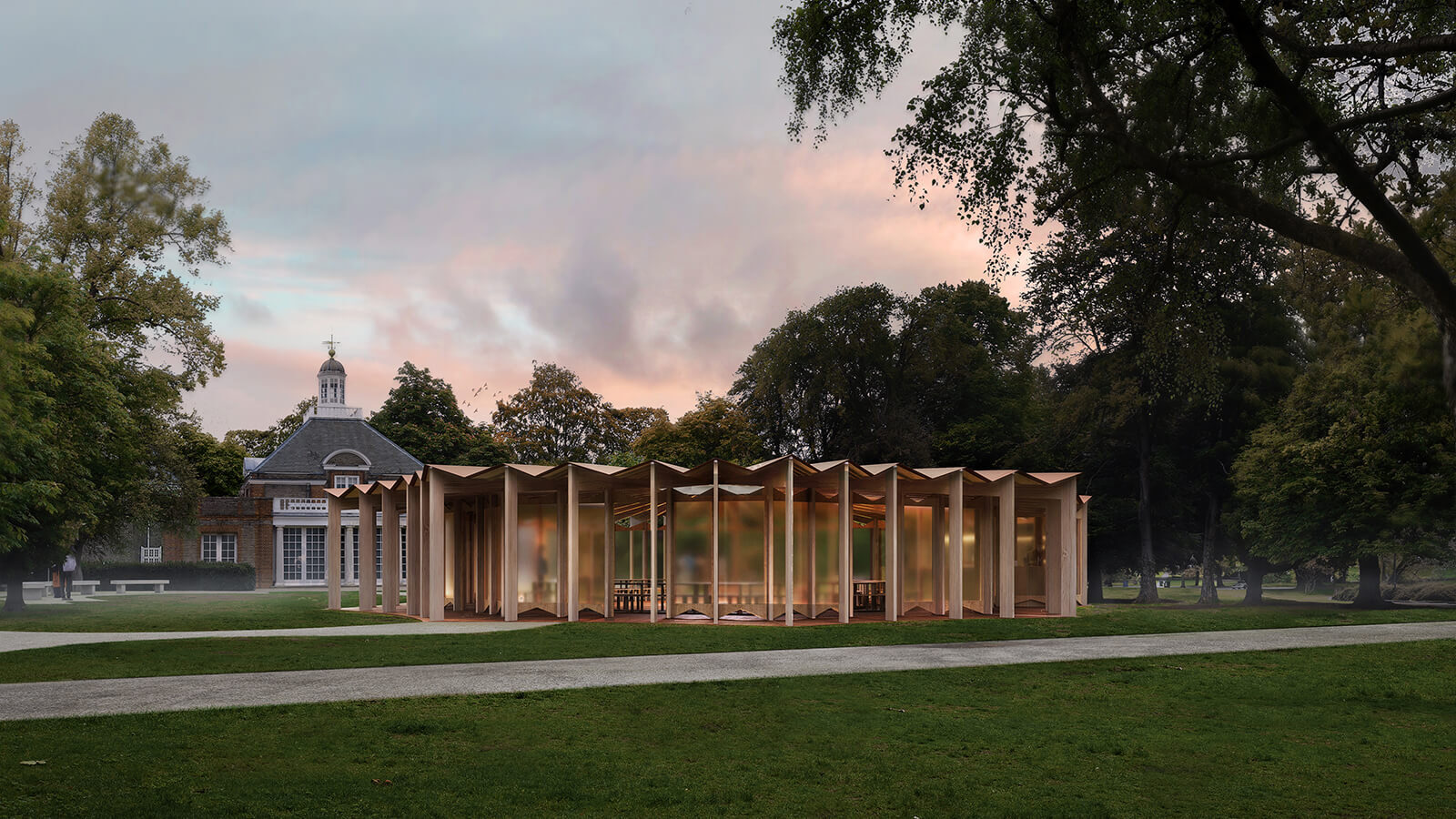 With its delicate, plant-like design, À Table is a departure from Serpentine Pavilions past.

Last week, it was announced that the 22nd Serpentine Pavilion will be designed by Lebanese-born Paris-based architect Lina Ghotmeh. It is set to be the most carbon-light of all the previous incarnations and it seems to be the most functional and the barest. You won’t be able to climb over her Pavilion. It won’t inflate itself. You won’t have to run and take cover from the rain pouring down through a hole in the ceiling. Hers will be entirely covered; all the openings are sensibly placed on the side of the pavilion and nowhere else.

Entitled À Table, the French call to sit down together to eat, her pavilion connotes communality and intimacy. It is “endowed” with a long table around the edge of the room with seating alongside it, leaving the spacious middle free of clutter. It’s a sort of space you might feel inclined to take your shoes off, bowing as you do, before entering. The renderings of her pavilion issued by the Serpentine Gallery retain an old-fashioned feel. 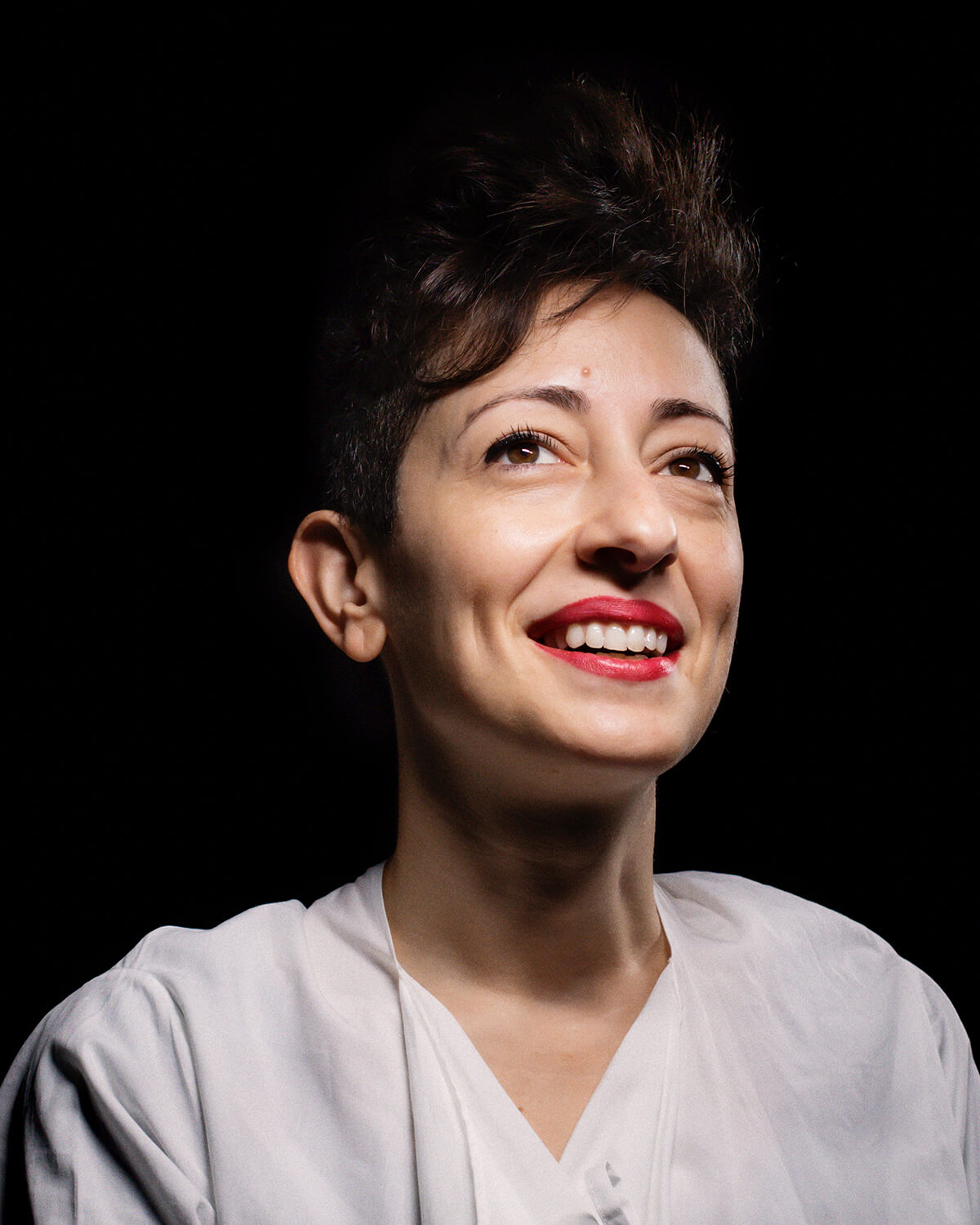 “This will be a place to eat, work, play, meet, talk, rethink, and decide,” Ghotmeh says. The modest, low structure was inspired by her research into various shelters around the world, including Toguna huts of the Dogon people in Mali, West Africa, “designed to bring all members of a community together in discussion.” It will be sustainably built with “bio-sourced and low-carbon materials.”

In a lecture at the Royal Academy of Arts in London earlier this year, Ghotmeh memorably told the audience that she wanted to make architecture disappear into context. À Table mimics the nature of the park, seeming to emerge from the landscape. Its polygon plan with concave edges is a nod to the organic forms of the stems and canopies of adjacent trees. The daylight will softly stream in through translucent windows made of recycled glass, and down from above, through a translucent sheath that covers the centre of an expansive plywood canopy, unfurling over the edge of the pavilion to shelter a colonnade.

The pleated timber roof, echoing tree leaves, is lifted by the paper-thin LVL (Laminated Veneer Lumber) columns — or “ribs” as the architect likes to call them. LVL is a slender cousin of CLT, or Cross Laminated Timber, made of thin sheets of wooden planks glued together. It’s the latest technology to make the construction industry, said to be responsible for around 40 per cent of the world’s carbon emission, less harmful to the environment. 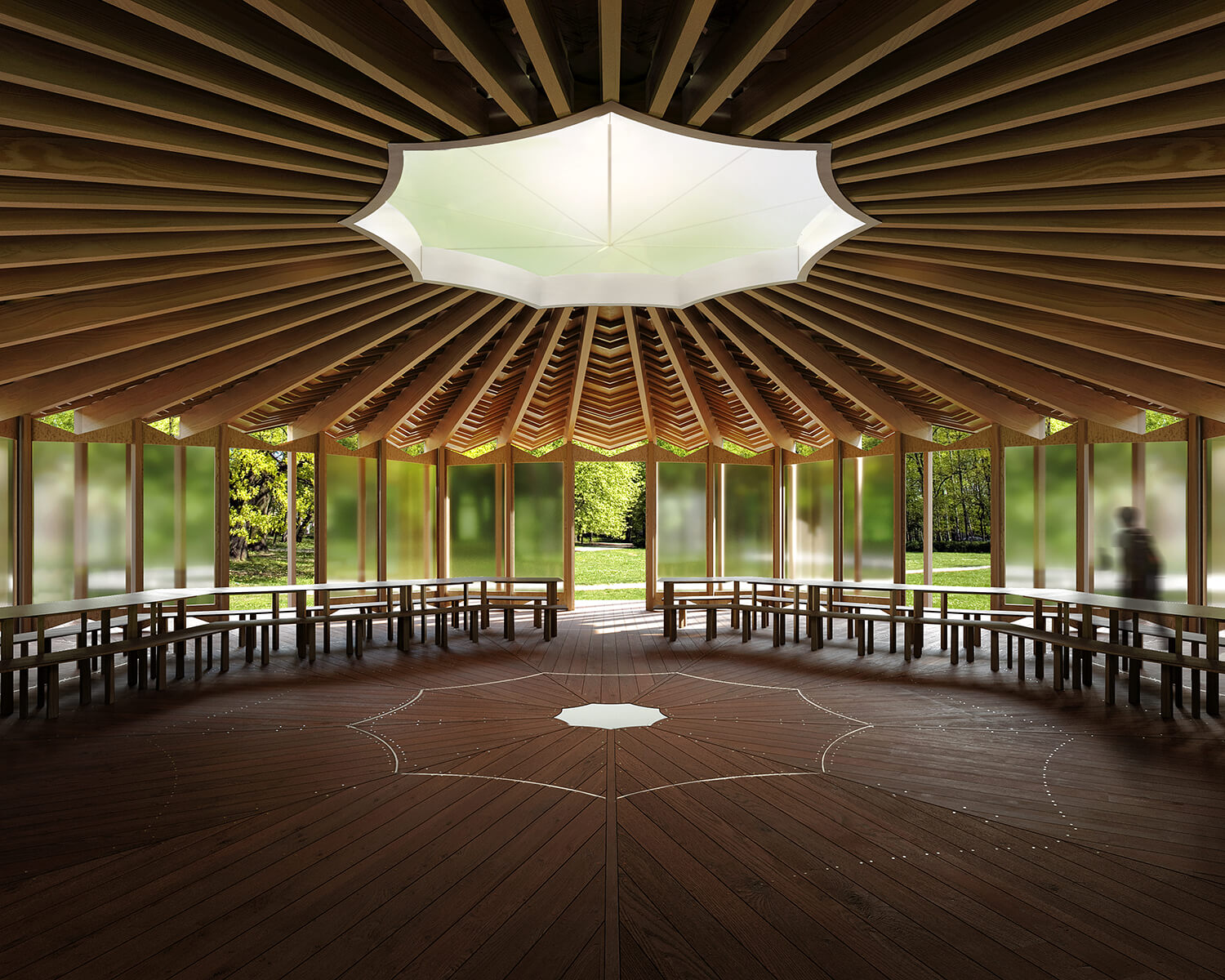 Ghotmeh’s structure is very different from what we have seen on this patch of green before. It’s almost entirely made of wood, all sustainably sourced, with no steel, no concrete, as far as we know, to keep it in place. The material heaviness of past years is gone. There is no theoretical spectacle: Her description of the pavilion is lyrical and poetic, beckoning a simpler way of life.

It is also a departure from Ghotmeh’s own work. The Stone Garden, completed on a site near the industrial port of Beirut in 2020, survived the terrible blast that took the lives of more than 200 people in the same year. The tall residential tower is solidly built with deep openings. The “earthly mass,” as she calls it, was derived from “a spatial experience of a childhood lived amidst the Lebanese War.” The architect explained to the audience at the RA that the “scratching” on the building’s concrete façades was made by artisans: “If the moulds were made by machines,” she said, “the building would not have been imbued with emotion.”

Ghotmeh left Beirut in 2001 at the age of 21. After winning the international competition to design the new Estonian National Museum in 2005, she teamed up with two other architects to form DGT Architects in Paris. The museum, built on a former Soviet military base, opened in 2016 to a critical acclaim. The practice’s proposal of the new national stadium for Tokyo Olympic 2020, one of the finalists in the 2012 international competition, recalled the ancient burial mounds, called Kofun, found all over Japan.

The 42-year-old architect says she likes to “excavate” and “learn from the traces of the past.” She established her own practice in 2016 to pursue her expansive approach to architecture — “the multiple A’s: Architecture, Archaeology, Atmosphere and Art.” 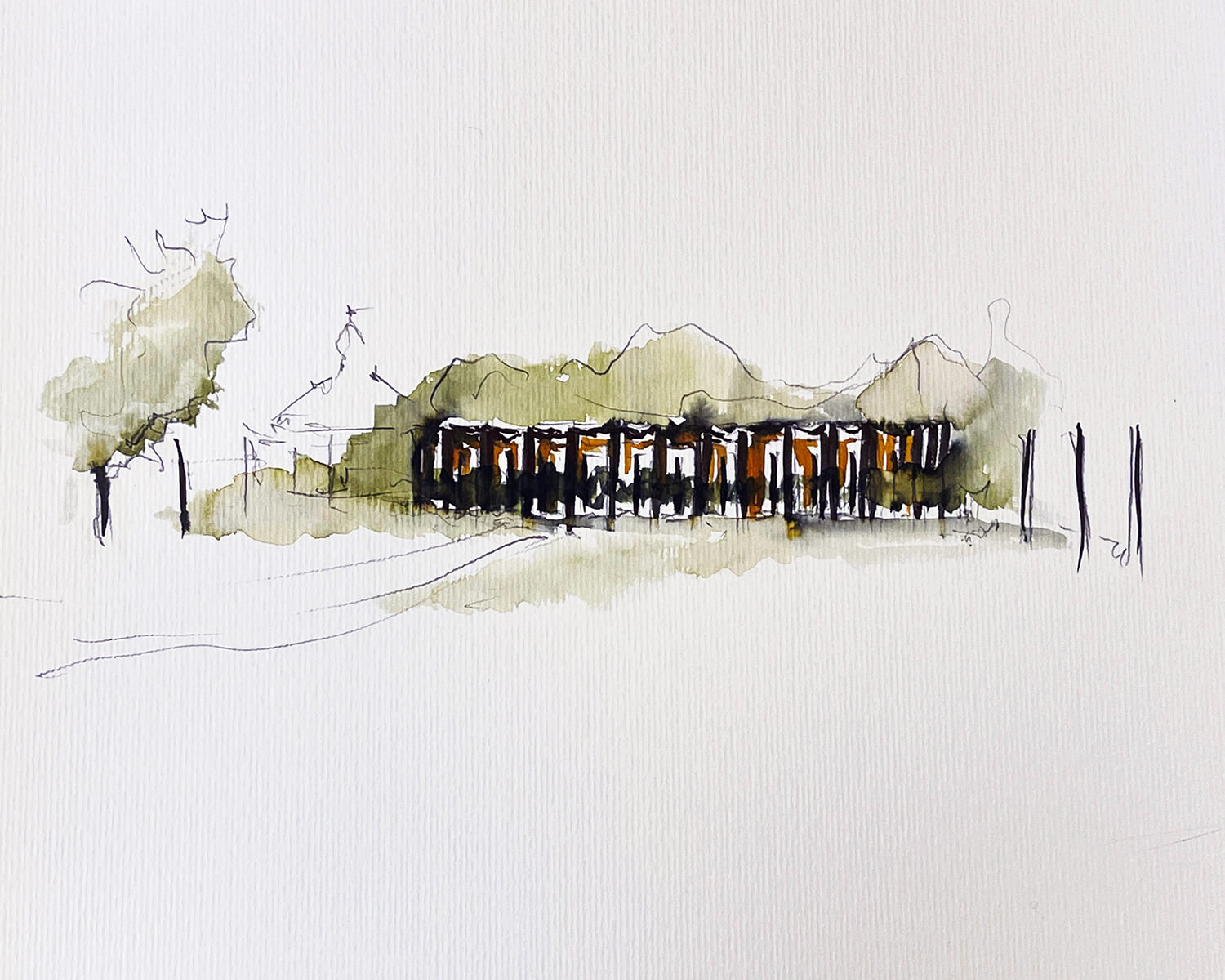 Although seemingly fragile and delicate, certainly less embattled than her Stone Garden, À Table will work as a kind of mooring for Ghotmeh. Her pavilion, she says, will allow us to “feel closer to the earth.” Her longing for rootedness is understandable, given her peripatetic background, “embedded in instability.” It’s not all lost to nostalgia, however, as she says, it’s not just the “architectural remains of past civilisations” which excite her but also “the embedded living world” in the ground “that spurs green life to sprout from every crack in the streets.”

À Table will arrive on our shore next June. It will sprout then disappear, leaving almost no trace, all the while spurring us on to think about our relationship to the Earth. Ghotmeh is setting a new benchmark with her light touch. We should remind ourselves that the word pavilion comes from the Latin word papilio signifying a butterfly, conjuring an image of a tent with its canvas wings flapping. Alas, the butterflies inside my stomach are beginning to flap their wings with anticipation.

With its delicate, plant-like design, À Table is a departure from Serpentine Pavilions past.