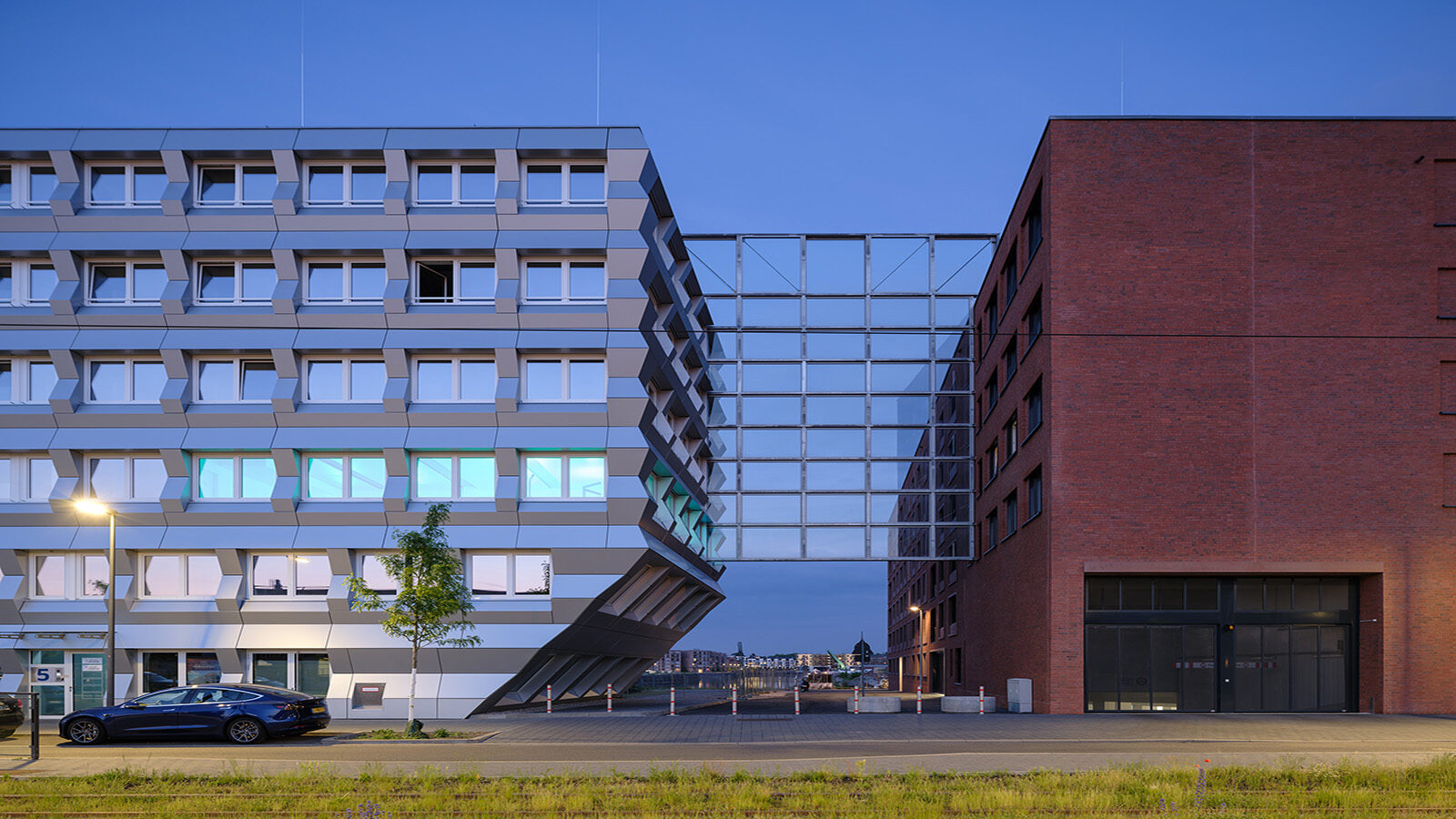 Part of the German city’s harbourfront rejuvenation plan, the new edifice stands out with a meandering façade.

Off the German port city of Mainz’s Neustadt neighbourhood, the Zollhafen — German for “customs port” — has long sat undisturbed along the Rhine river — until now. The transport hub, long underused, is now the subject of a significant urban rejuvenation project and redesign, which aims to transform the port with mixed-use urban density. The recently topped out ZigZag office building, from Rotterdam firm MVRDV in collaboration with Berlin-based morePlatz, is one of the development’s first completed projects. 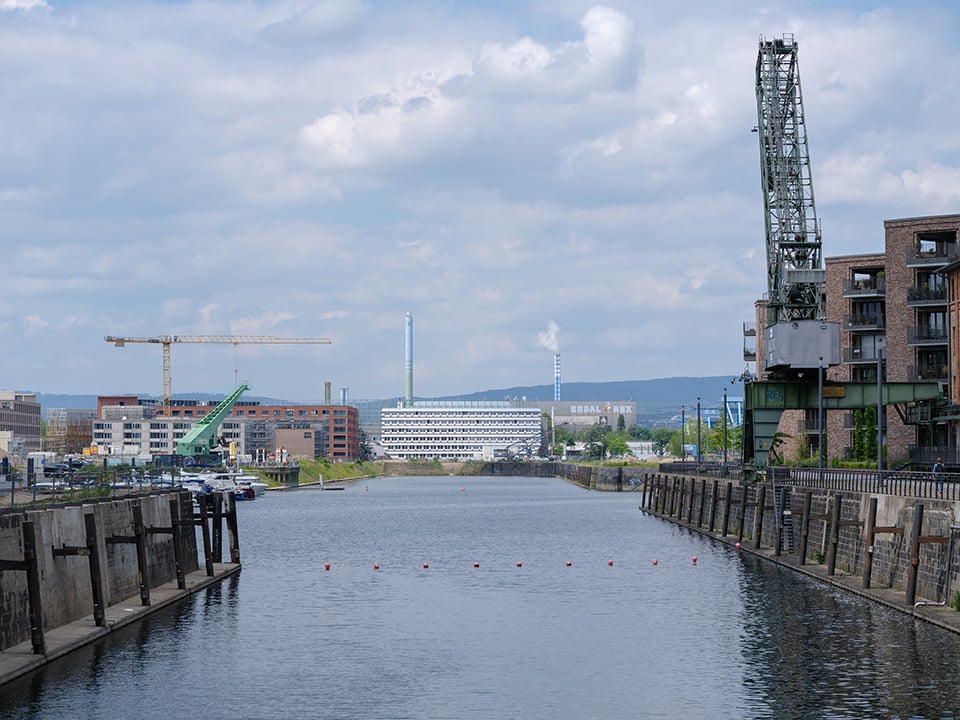 A pioneer project for Mainz’s nascent revitalization efforts, the five-storey mid-rise is eye-catching enough to become a landmark in Mainz’s rejuvenated waterfront — yet still humble enough to avoid taking away from the industrial port’s understated atmosphere. Spanning an entire city block, it stakes a distinct presence on the waterfront, though one that’s keeping with the scale of its older industrial surroundings. 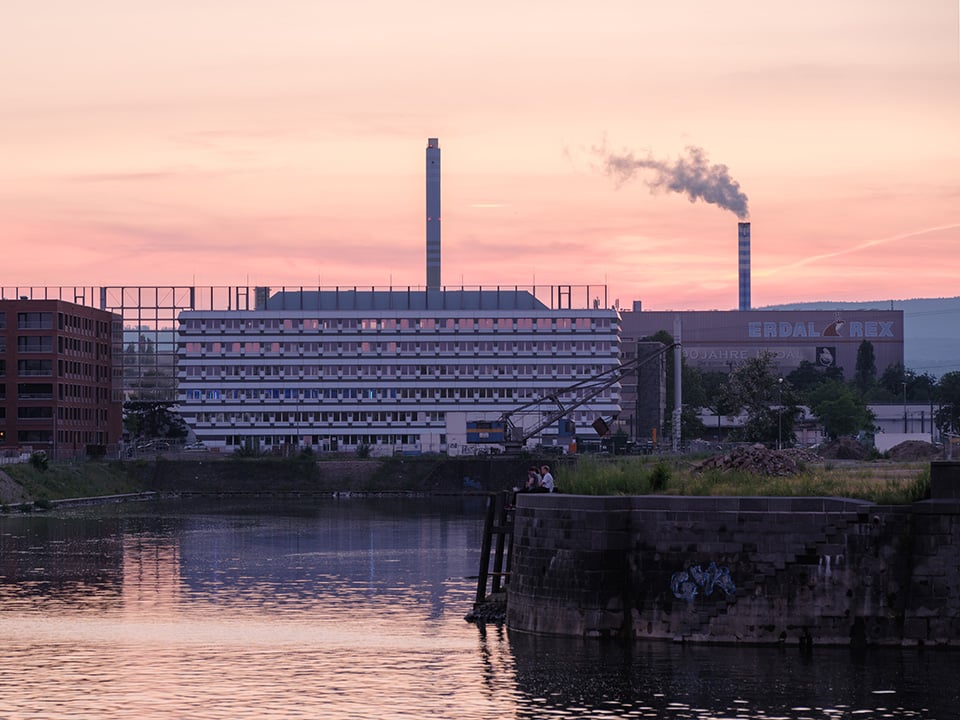 Part of a grander plan to reinvigorate Mainz’s harbourfront through a 12,000 square metre masterplan (consisting of two separate edifices with a public plaza at their centre), the ZigZag building also acts as a noise buffer separating the plaza from the remaining industrial zone. MVRDV founding partner (and lead on the project) Jacob van Rijs explains: “With the new public plaza at the centre of our plan, we wanted to encourage people to enjoy the waterfront and discover the transformed harbour.” 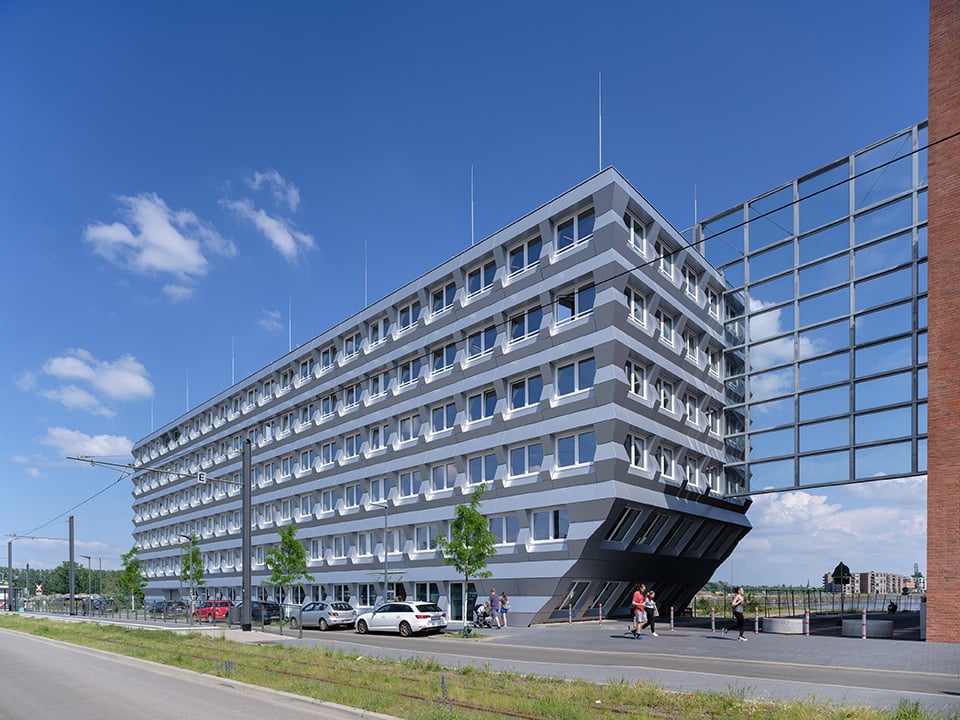 The building gets its name from the matte silver-coated aluminum panels that undulate across its facade — a “folded skin” effect that responds to the urban atmosphere of the surrounding harbour. On the main floor, the zig-zagging facade tapers inwards, allowing for impressive sight-lines and discrete pathways from the street to the water’s edge. 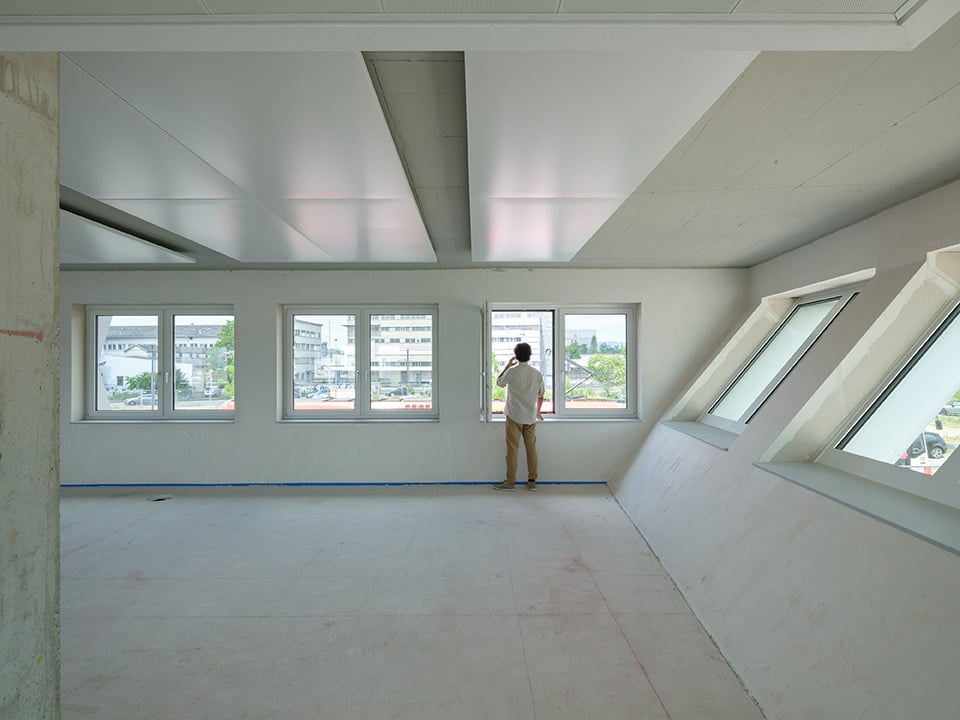 Inside, the expansive space can accommodate multiple tenants: Two independent lobbies (with separate entrances) form the ground floor, in addition to a vast catering area that backs onto the waterfront. Thinking ahead, the firm even incorporated futuristic and personalized details in each light-filled office space — from remote-operated lighting fixtures to smartphone-controlled temperature levels. 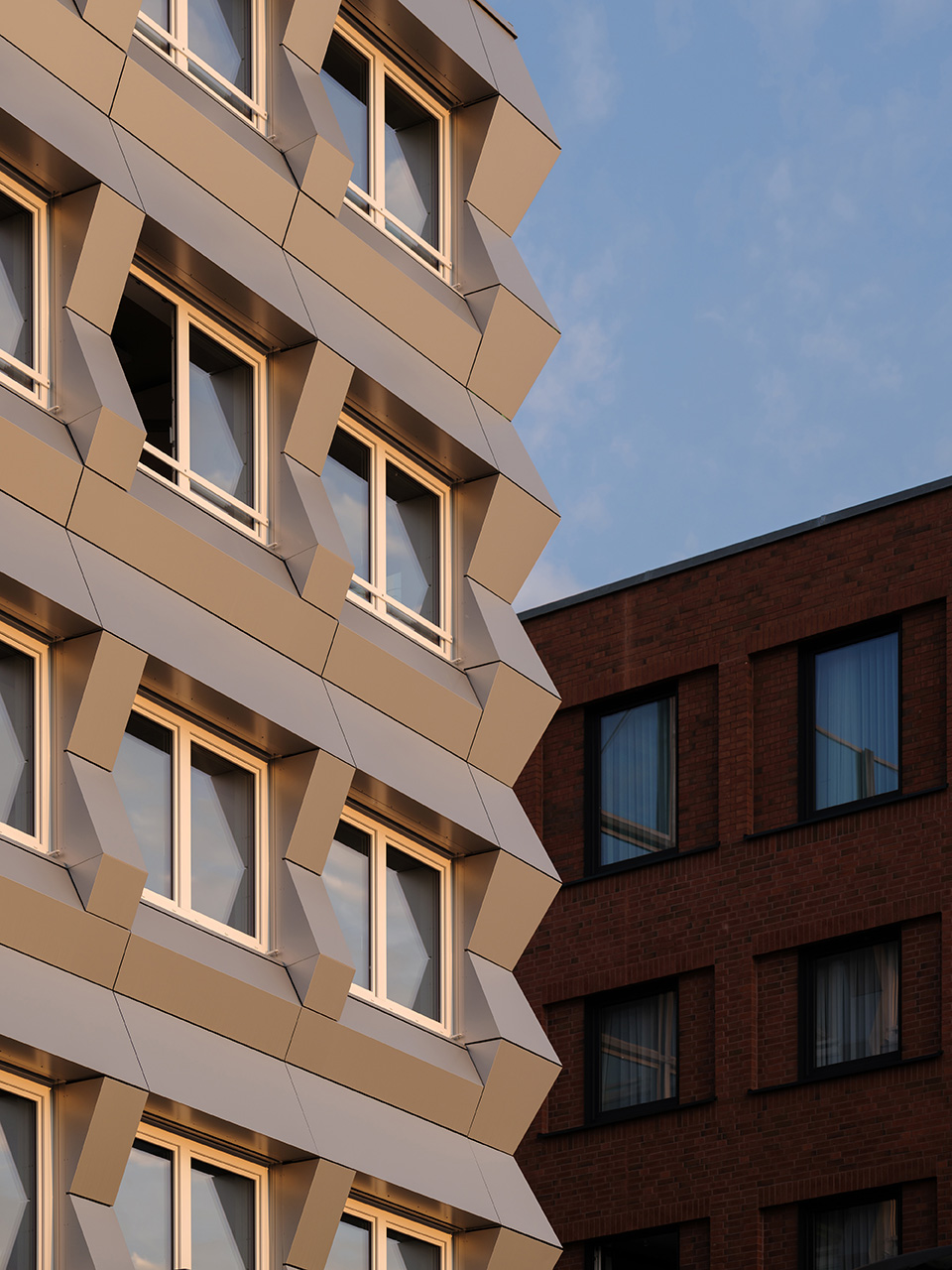 Light reflections from the silver-tinted aluminum reinforce the building’s three-dimensional effect, which, from certain angles, bears a striking resemblance to modernist sculpture— morePlatz founder Johannes Schele even cites Constantin Brâncusi’s “Endless Columns” as an inspiration for the façade’s twisting design. As Van Rijs poetically puts it, “ZigZag lies like a ship at the end of the harbour — modest, yet at the same time recognizable.”

Part of the German city’s harbourfront rejuvenation plan, the new edifice stands out with a meandering façade.