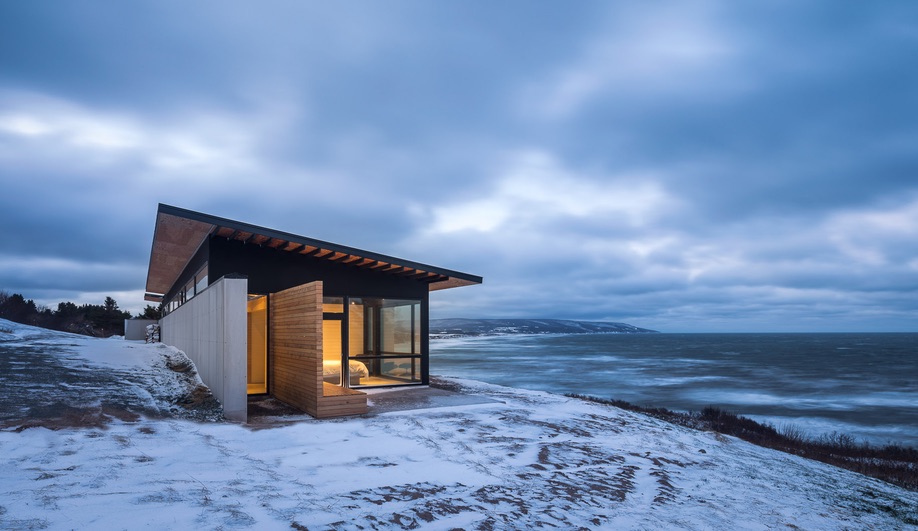 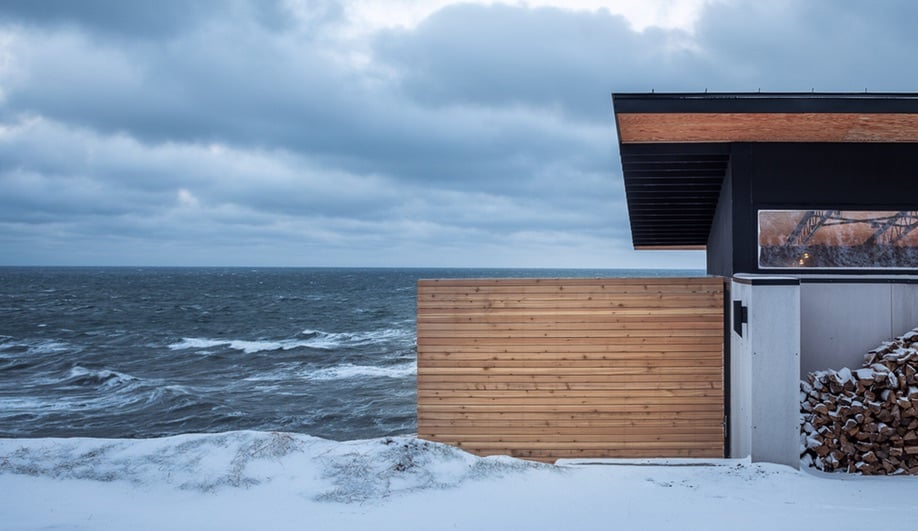 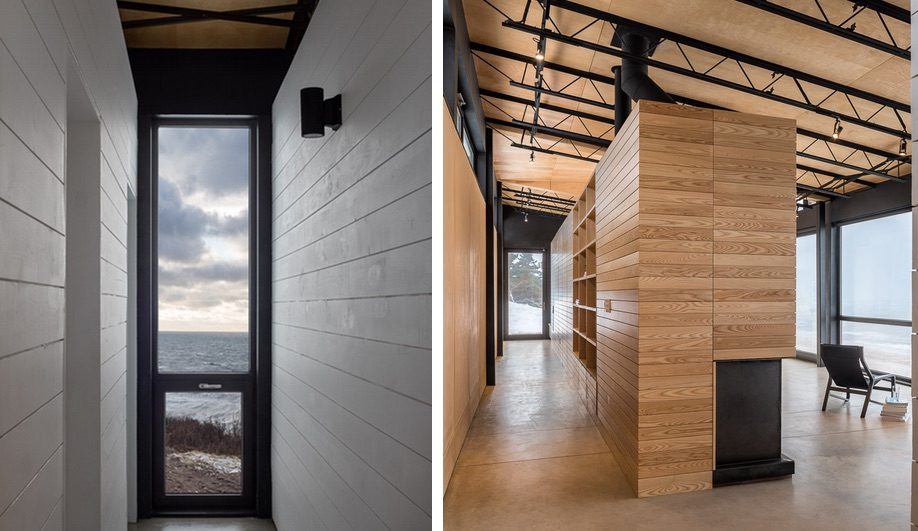 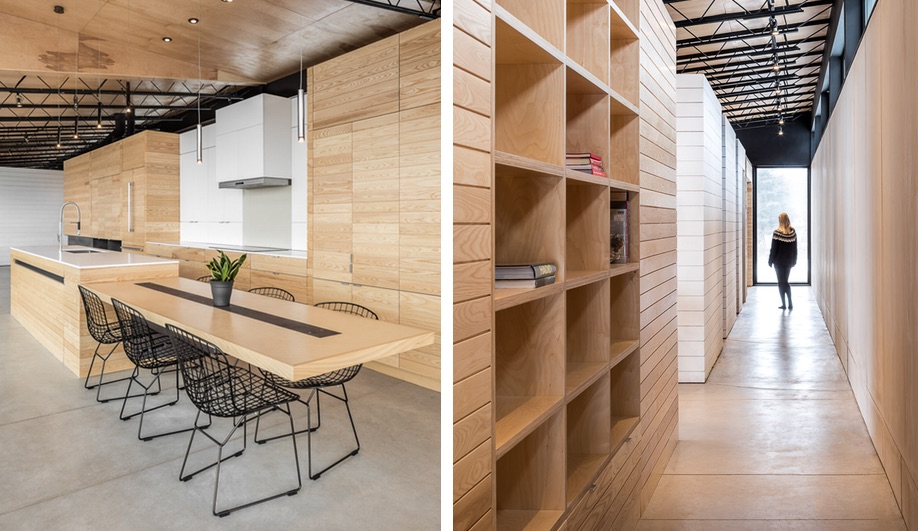 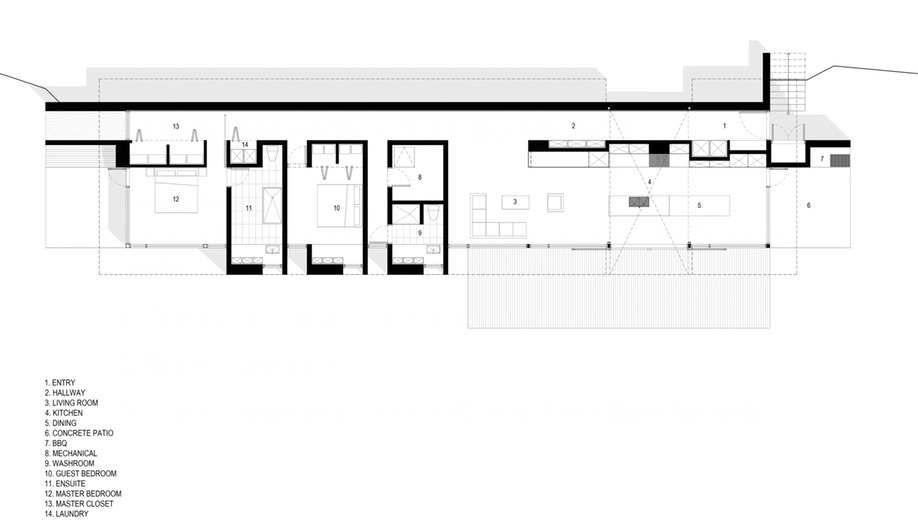 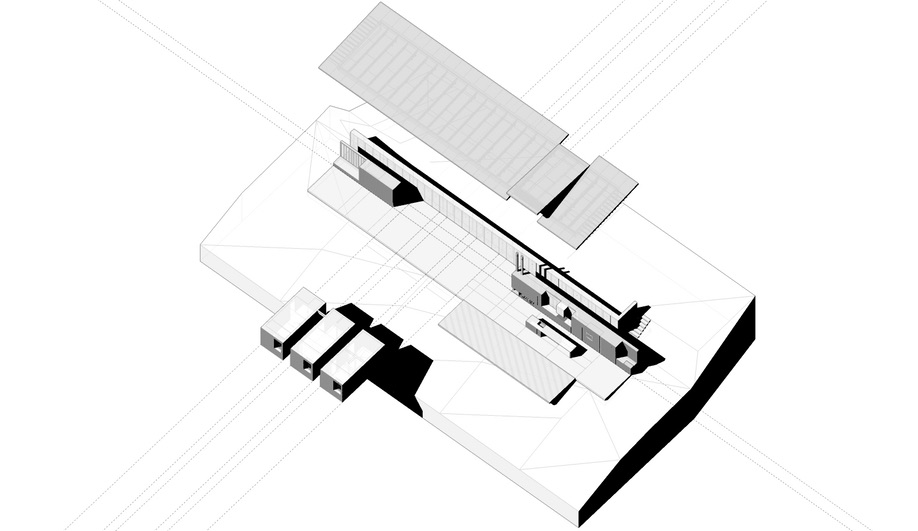 Omar Gandhi’s east coast residential projects are as recognizable for their stunning sites as they are for their restrained forms, smart programming and simple material palettes. His latest masterpiece, the Lookout, in Cape Breton, Nova Scotia, is no exception.

Perched atop a dramatic cliff in Broad Cove Marsh, near the Cabot Cliffs, the long, narrow site wasn’t one anyone had ever thought to build on. It had served as a popular lookout point, where locals and tourists alike would drive up to take in the views of the rugged Atlantic coastline. 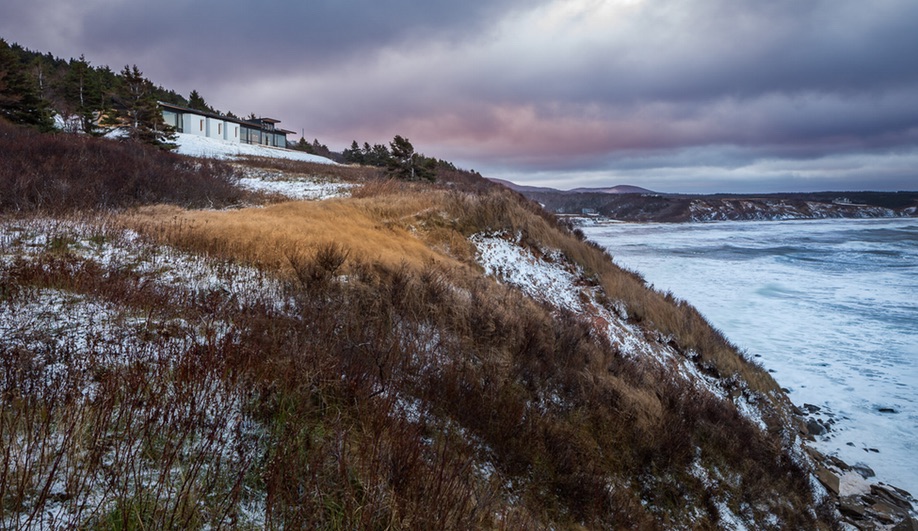 Gandhi has completed several projects in the area, including the Cabot Links Villas, on the adjacent golf course. And in fact the Lookout clients, a Toronto couple who wanted a vacation home where they could get away with their grown children, had considered purchasing property on the golf course. But they quickly changed their minds after finding this unique lot.

“We walked the site together and it was just about this one singular, incredible view looking out over this cliff and onto the water,” says the architect. “It kind of angles off to the side, so that you see a really dramatic section of coastline around the golf course. The landscape is out of this world.”

To take full advantage of the view, Gandhi rolled out his plan along the cliff’s edge, so that each room in the house can enjoy the show. A concrete retaining wall runs the length of the road-side exterior wall, anchoring the structure to the site, both visually and physically.

“It’s kind of like putting your back to the public side,” says Gandhi. Behind the concrete, a wooden bar clad in ash cuts all the way through the back of the house where it is mirrored, again, by a plywood storage wall that runs the nearly 15-metre length of the interior and serves as the back wall of the kitchen. 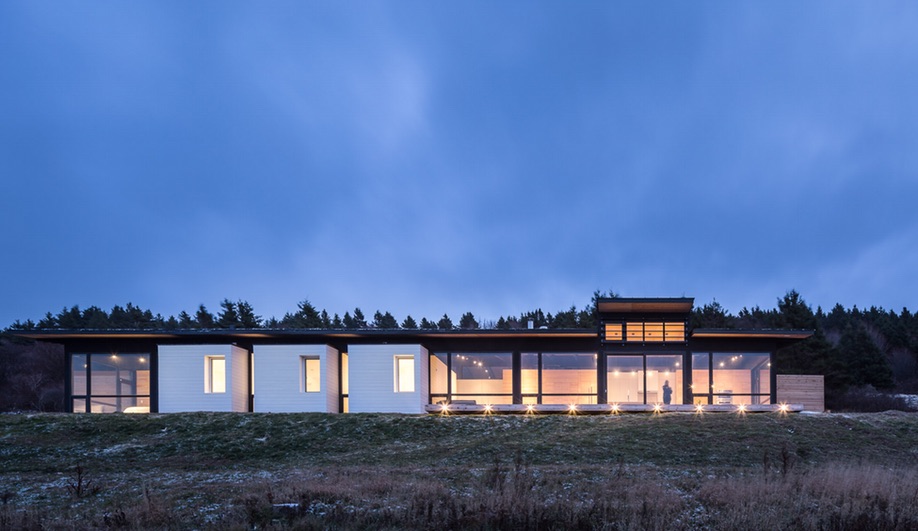 With the private spaces, Gandhi had a bit of fun with some playful inspiration. “It’s a pretty rigorous plan in terms of diagram. The parti is this back band of circulation with all the programmatic elements out front towards the water,” Gandhi explains. “To isolate the bedrooms and bathrooms, we created them as these little pods that we kind of think of as being like Pez candy, coming out of a giant Pez dispenser – like the house shot these little capsules out.” Pushed out from the front elevation, these pods feature smaller windows and white-washed spruce cladding on the exterior.

While many architects would have angled the shed roof to create a larger wall on the water side, the Lookout’s lid goes the other way, slanting down towards the water, to play up the horizontal view and protect the interior from the harshest sun. “We wanted it to feel like it was cutting into the wind, so it’s almost an aerodynamic form. But then we lifted up this one part, almost like a cassette deck, to allow more light to come into the kitchen.” 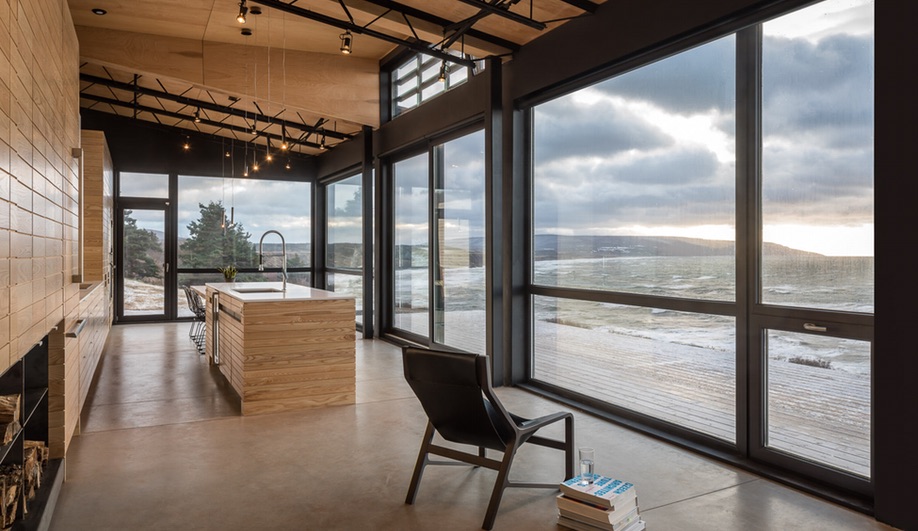 Positioned at the west end of the house, the kitchen is dominated by a 5.5-metre-long island that transitions from dining area to food prep area, before ending at the open great room. This common space is completely open to the water side, with floor-to-ceiling windows and glass doors that join the room to the deck outside during fair weather, to maximize the experience of the setting.

“You’re a spectator when you’re in this house,” says Gandhi. “You’re not engaging with the ocean, at all. It’s right there and it’s a ferocious monster. Those waves get gigantic and you are there on the edge of that massive cliff. It’s a thrilling sight.” 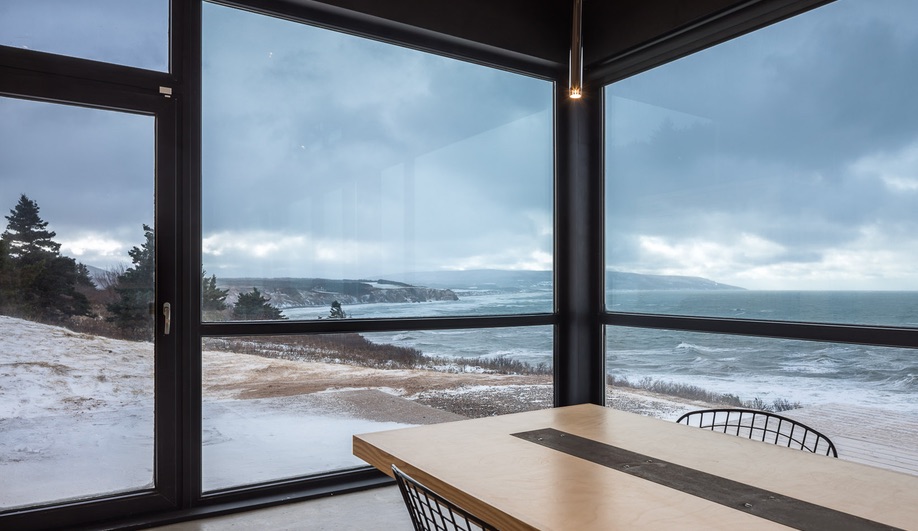