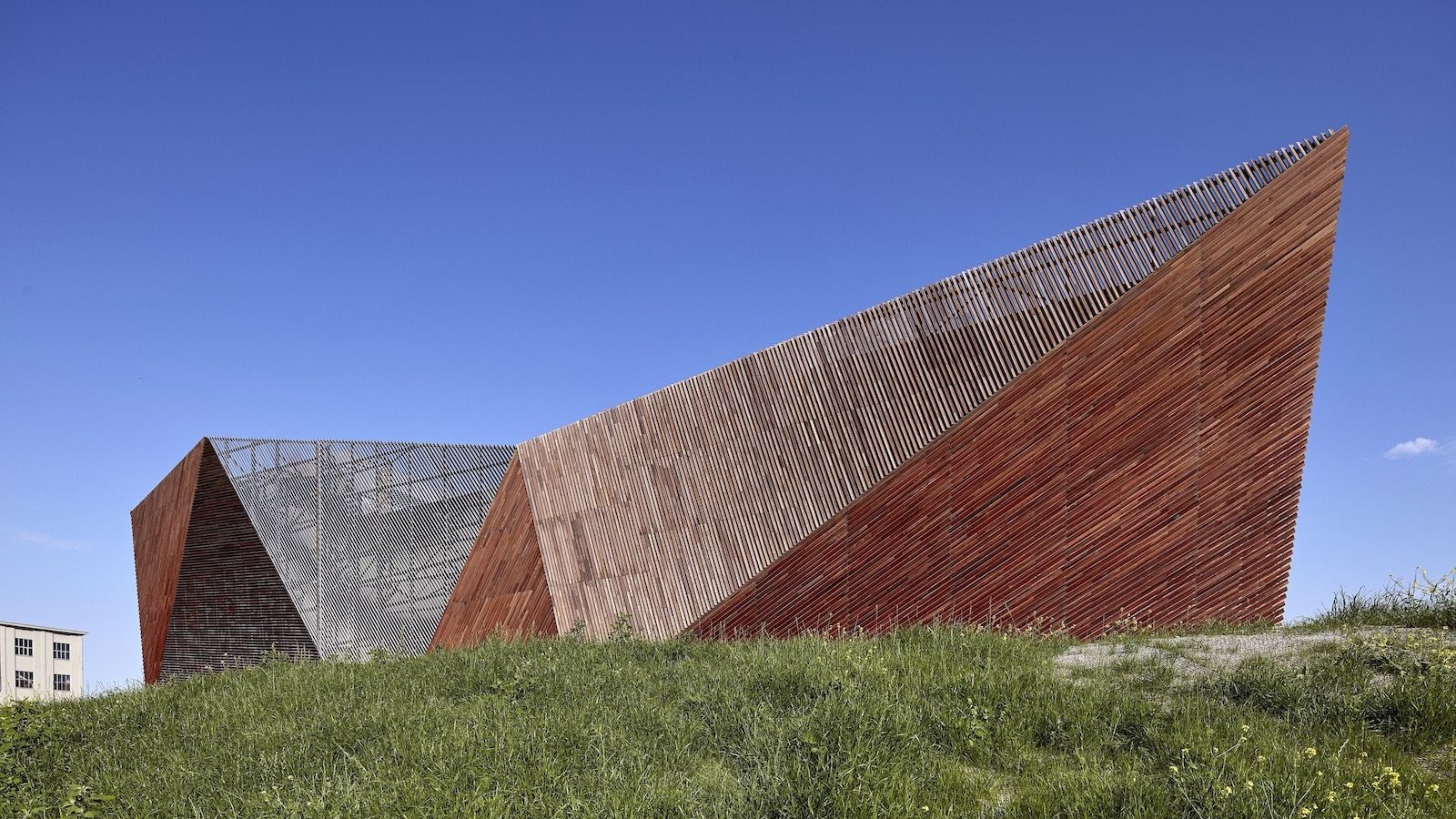 During the First World War, British marine artist Norman Wilkinson pioneered a method of camouflage to conceal the position of warships by painting them in complex patterns of fragmented geometric shapes. A century later, the near-forgotten art of “dazzle camouflage” has been playfully revived – this time outside the northern Italian city of Ravenna. On the site of a former sugar factory, a new waste-to-energy plant announces its presence through an expressive interplay of lines and angles.

Designed by Giovanni Vaccarini, the imposing plant – dubbed the “Powerbarn” – sits atop the agrarian landscape with surprising grace. Framed by a new landscape of gentle rolling “dunes” that recall the Adriatic’s natural terrain, the jagged form reads almost as an extension of its natural surroundings.

While the naval camouflage that inspired the complex was intended to disguise the position, speed and direction of ships, the effect here is more concerned with exposing rather than cloaking. “Our intention was to create something similar to a natural bastion, almost a dune,” says Vaccarini. “This is not about hiding, but rather about proposing a different reality to the observer, a more complex and deceptive one that, paradoxically, tends to attract [their] attention.”

Atop a skeleton of triangular steel spans, a skin of wooden shingles – arranged at horizontal and vertical angles -emphasizes the faceted form. From a distance, Powerbarn stands out from the terroir as a shifting, kinetic mass, while simultaneously attempting to melt into it.

Punctuated by a 50-metre-tall chimney, Vaccarini’s crystalline architectural spectacle unfolds with a drama that hints at the equally inventive waste-to-energy transformations happening inside.

Generating enough output to supply approximately 84,000 homes (expected to produce 222 GWh of renewable energy per year), the plant harnesses power from wood chips as well as residues from mowing, river dredging and pruning. This debris is fed through a conveyor belt to fuel a furnace that harnesses waste energy for electricity. In addition, Powerbarn’s biogas plant utilizes local livestock sewage to produce energy, all while a smaller photovoltaic system contributes zero-carbon power. 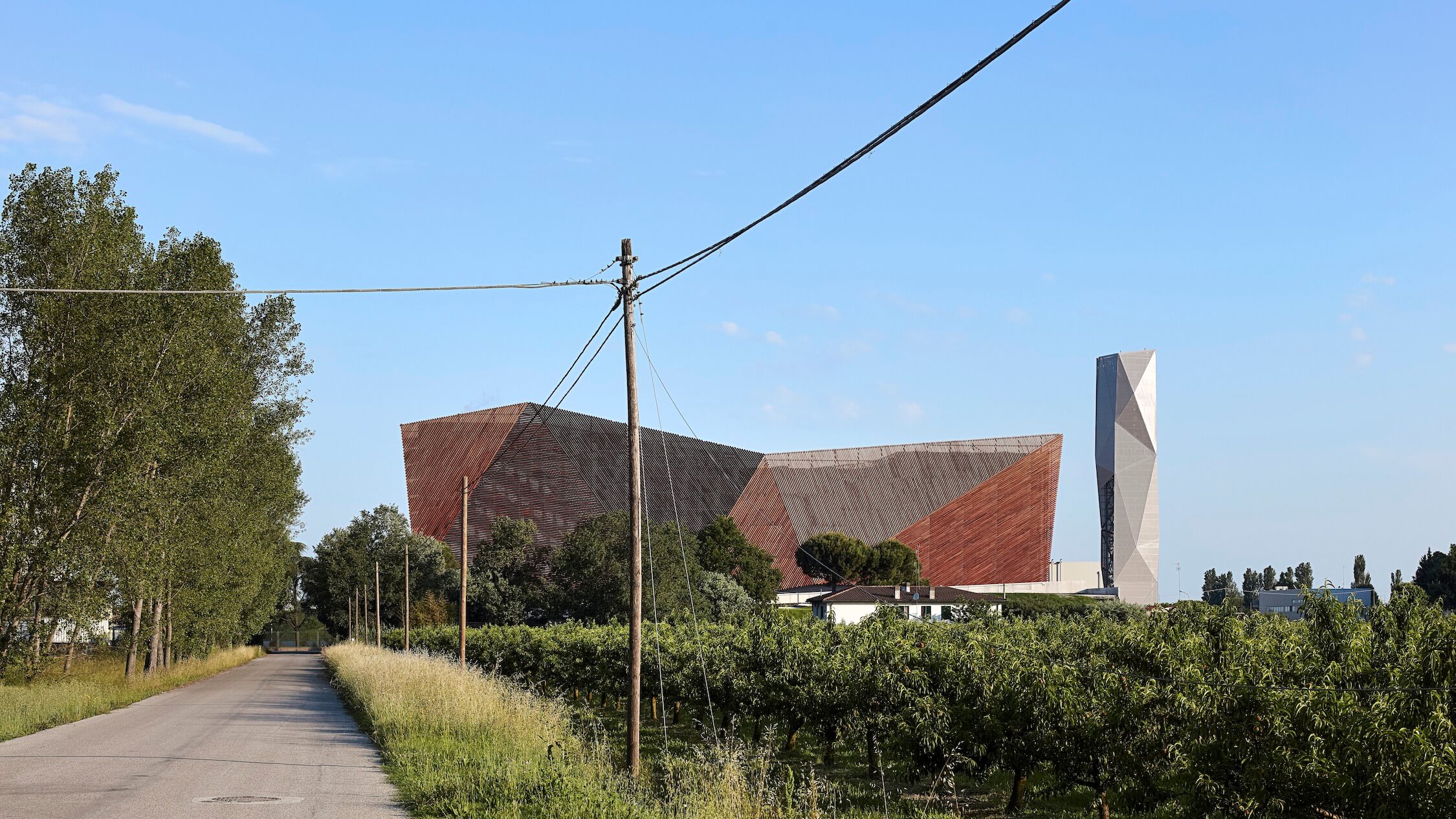 While the plant’s output will help fuel the wider region, its impacts on the immediate landscape are just as meaningful. As part of the project, adjacent wetlands were re-naturalized and now seamlessly meet the surrounding agricultural landscape. In lieu of the fences that once surrounded the sugar plant, a new system of pathways and cycling trails are joined by attractive landscaping. It’s an unexpected and welcome new presence, where the power plant is not a place to avoid, but a destination all its own.