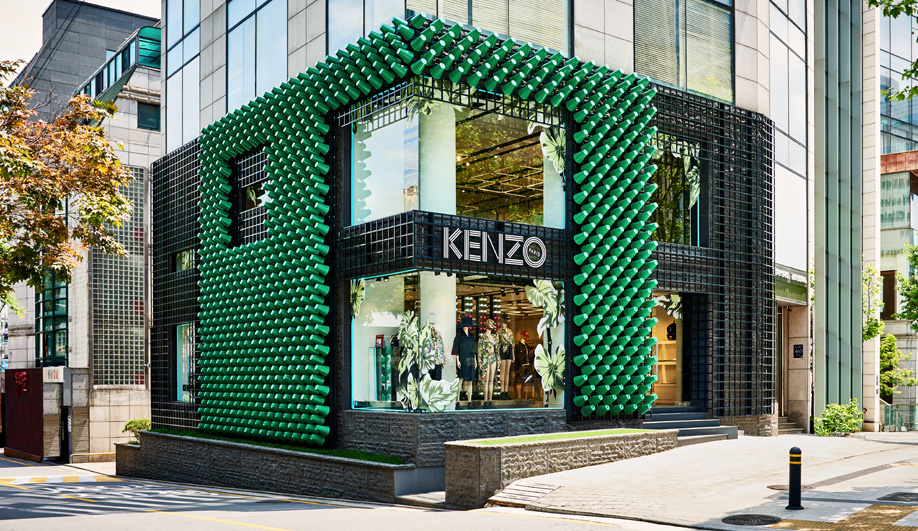 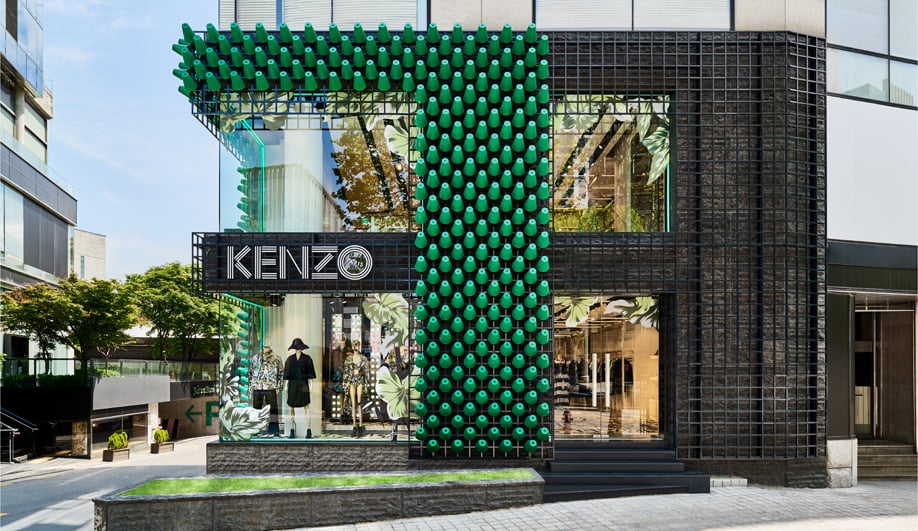 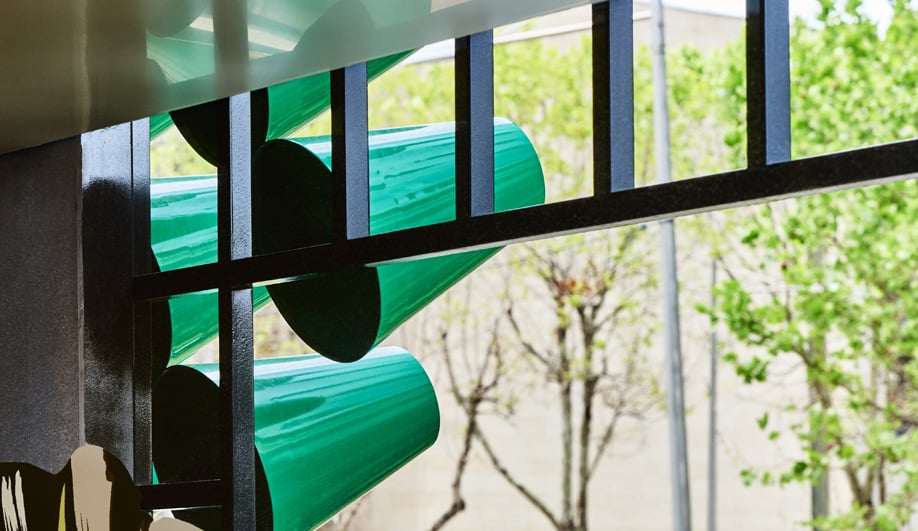 When the fashion label Kenzo opened its first store in Seoul, in the city’s trendy Gangnam district, it wanted to make a big impression. To that end, the youthful, LVMH-owned brand turned to Rafael de Cárdenas – the New York designer known for his eye-popping, colour-gradient interiors, installations and furnishings – to craft a unique facade. De Cárdenas’s studio, Architecture at Large, developed numerous concepts; Kenzo, he recalls, chose the most challenging one. “The projected-cones concept was evocative and appealing, but at the time, we had no idea how to make it,” says the designer.

In order to preserve the building’s stone cladding and irregular windows, de Cárdenas overlaid a modular metal grid on the exterior. The plastic cones – 862 of them positioned at a 20-degree angle to resemble a tailor’s rack of yarn spools – are attached to rods that have been welded to this aluminum frame. The design is practical: The metal panels can be easily removed for servicing. And when the facade needs cleaning, it’s simply hosed down. Most of all, it has wow factor: The vibrant green is “unusual and eye-catching, but also sophisticated and elevated,” says de Cárdenas. And the massing of hollow, projectile volumes creates a multi-dimensionality that can be enjoyed from various perspectives, outside the store and within it.